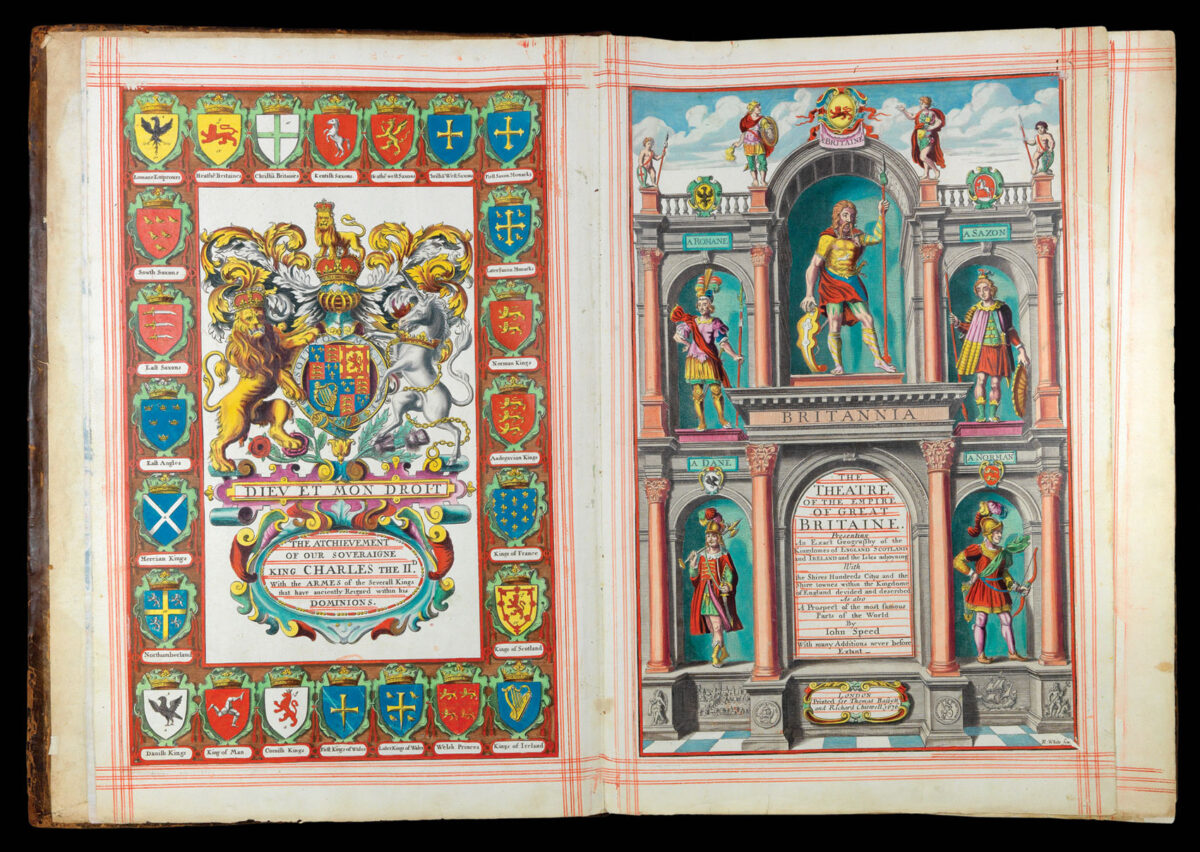 The Theatre of the Empire of Great Britaine. Presenting An Exact Geography of the Kingdomes of England, Scotland, and Ireland and the Isles adjoyning with the Shires Hundreds Citys and the Shire townes within the Kingdome of England devided and described As also A Prospect of the most famous Parts of the World by John Speed With many Additions never before Extant.

The first world atlas published by an Englishman in England. This edition with the full complement of maps of the Americas.

This example of the atlas has the distinction of having the preliminary engraved title, and the dedicatory page (to Charles II) in spectacular full period colour, and with each map in period outline colour. In addition, the work has been red-ruled throughout, with a double border in red ink applied around each map or page of text. This technique was peculiar to seventeenth century England, where it was considered a luxurious touch that enhanced the beauty and value of the object. In 1663, Samuel Pepys recorded in his diary that he had just ​“ruled with red ink my English Mare Clausium which … makes it now very handsome.” Examples of the atlas with period colour and red-ruling are very uncommon and highly desirable.

The ​‘Theatre of Great Britaine’ (first published in 1611–1612) dominated the seventeenth-century English map market, going through many reprints and editions. In 1627, Speed’s publisher added a foreign supplement, the first of its kind to be published in England. For this final 1676 edition of the ​‘Prospect’, the publisher added a further eight mapsheets. These included four of the Americas, engraved by Francis Lamb (namely New England & New York, Carolina & Florida, Virginia & Maryland, and Jamaica & Barbados), three further foreign maps (of the East Indies, Russia, and the Holy Land), and a map of the ​‘Invasions of England and Ireland’. 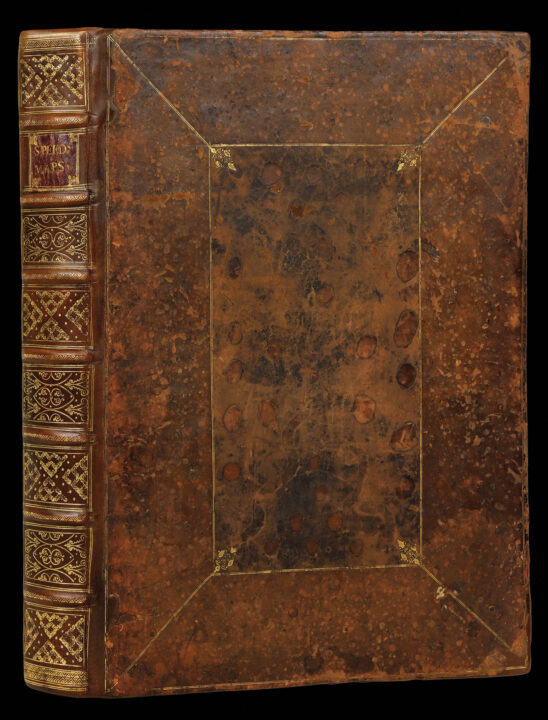 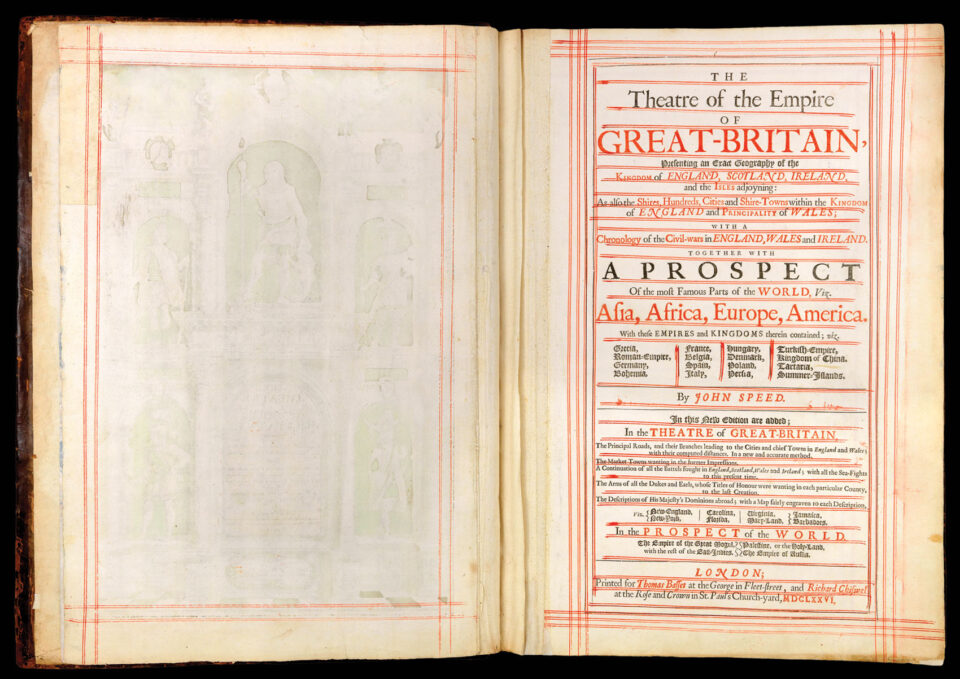 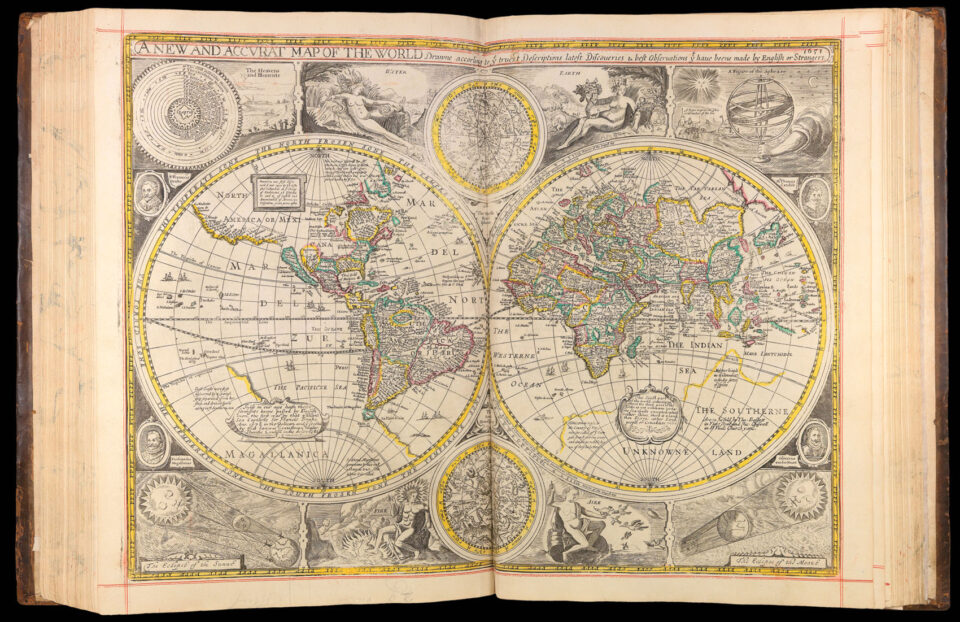 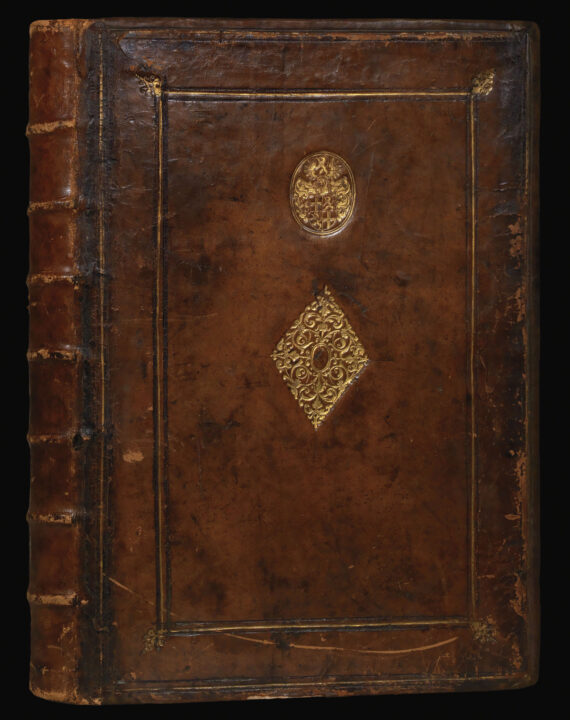 From the libraries of William Morris and Emery Walker, founders of the Kelmscott Press

John Speed 1631.
A Prospect of the Most Famous Parts of the World [with:] The Theatre of the Empire of Great Britaine.

With the maps of Armenia and Bermuda