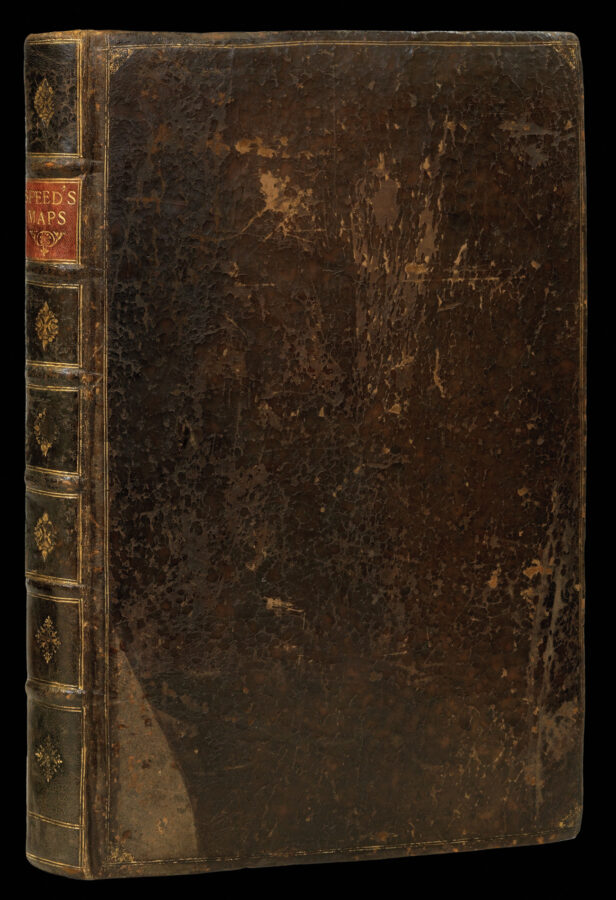 The Theatre of the Empire of Great Britaine Presenting An Exact Geography of the Kingdomes of England, Scotland, and Ireland and the Isles adjoyning with the Shires Hundreds Citys and the Shire townes within the Kingdome of England devided and described As also A Prospect of the most famous Parts of the World by John Speed With many Additions never before Extant.

A good example of the first world atlas published by an Englishman in England. This edition has the full complement of maps of the Americas.

The 1676 edition of John Speed’s famous atlas marked the high point of its publication history. The work was first issued in 1612 as ​‘The Theatre of the Empire of Great Britain’ and was purely an English county atlas. In 1627 it was expanded to include ​‘A Prospect of the most Famous Parts of the World’, containing 20 maps (the world and four continents, Greece, the Roman Empire, Germany, Bohemia, France, the Low Countries, Spain, Italy, Hungary, Denmark, Poland, Persia, the Ottoman Empire, China, Tartary, and Bermuda). This was the last edition to be published in Speed’s lifetime; he died in 1629. Subsequent editions of the atlas were designed to be sold with or without the ​‘Prospect’, which was available separately. At some point after 1668 the plates were sold by Roger Rea to Thomas Bassett and Richard Chiswell, whom in 1676 published a new edition of the combined ​‘Theatre’ and ​‘Prospect’.

The new edition was the first to contain a title-page for both the ​‘Theatre’ and the ​‘Prospect’, and a general index covering the text of both. A further eight new maps were also added; these included four of the Americas engraved by Francis Lamb (namely New England and New York, Carolina and Florida, Virginia and Maryland, and Jamaica and Barbados), three further foreign maps (of the East Indies, Russia, and the Holy Land), and a map of the ​‘Invasions of England and Ireland’, inserted into the ​‘Theatre’. 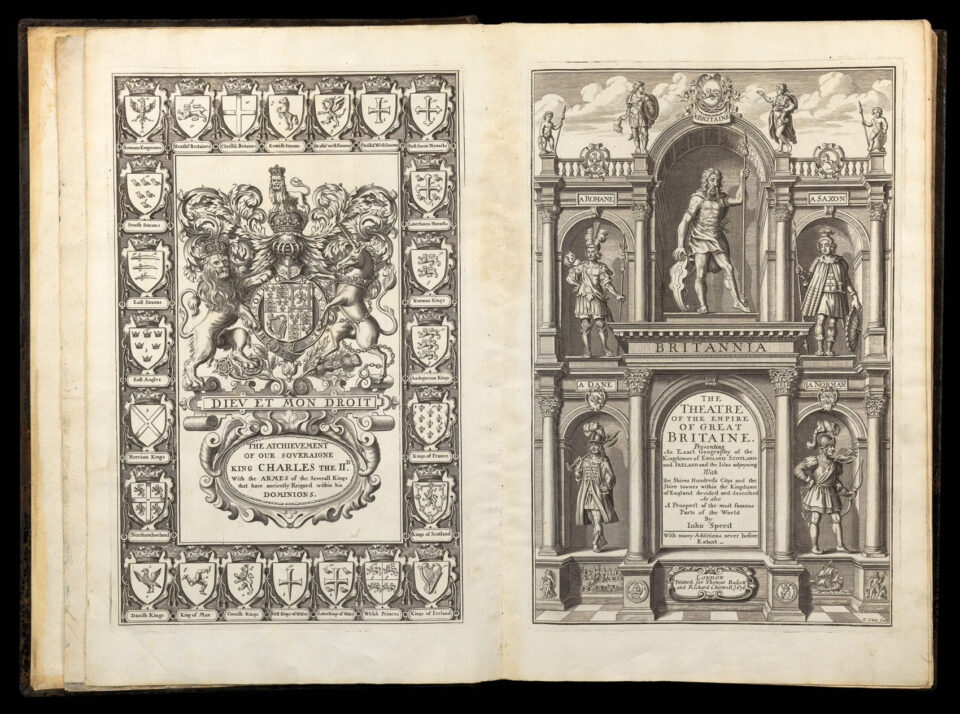 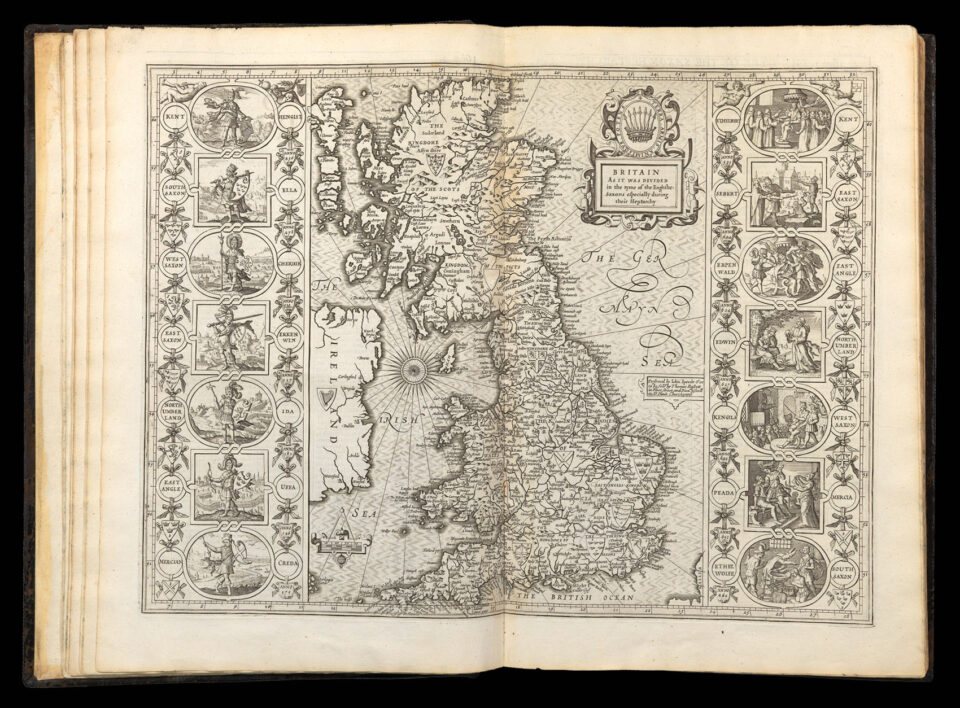 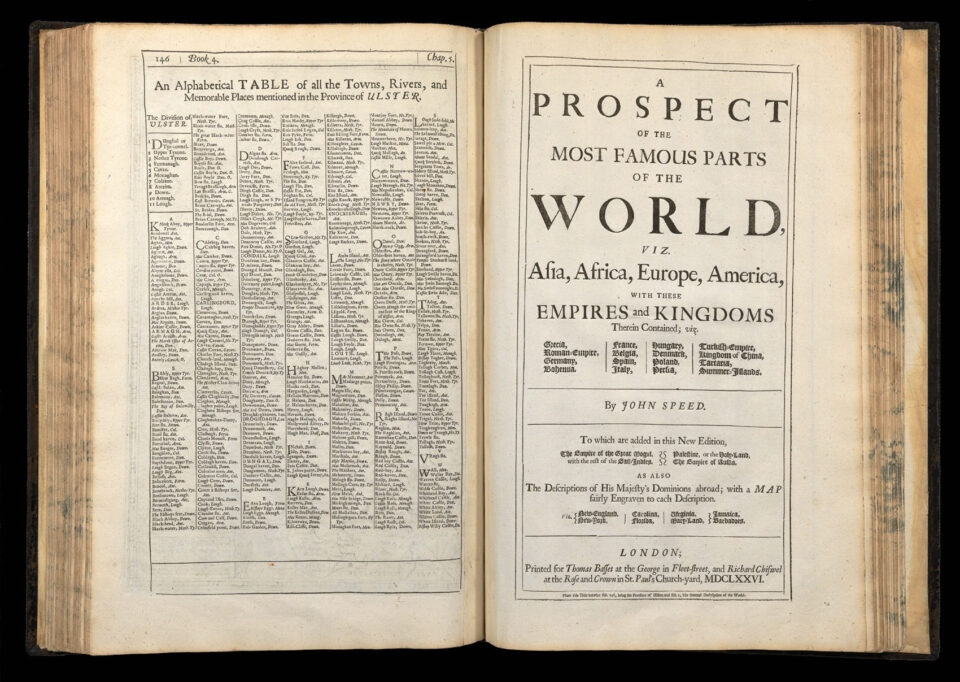 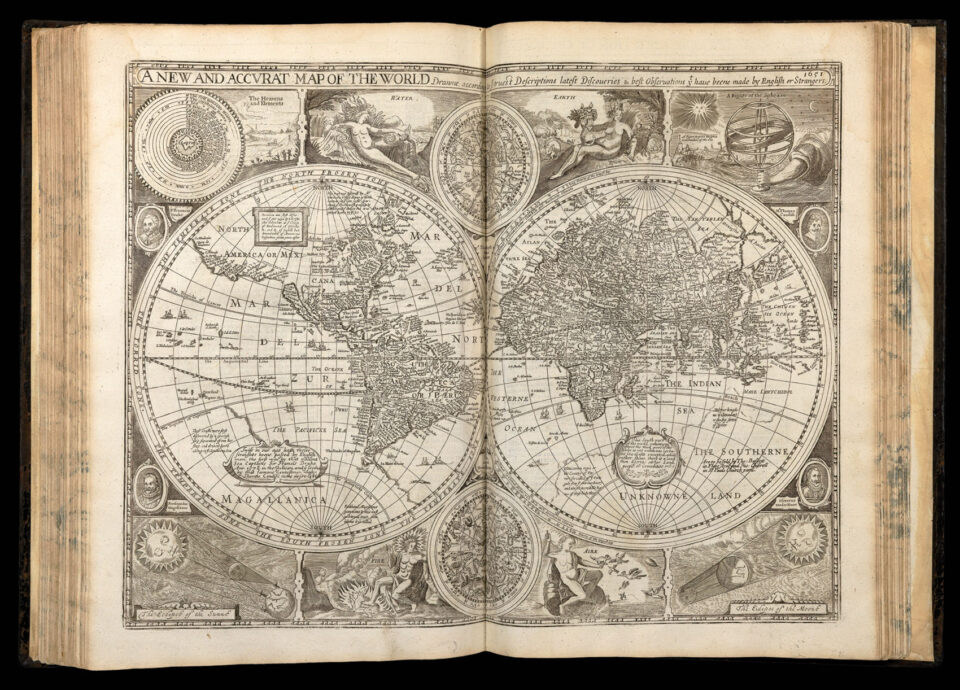 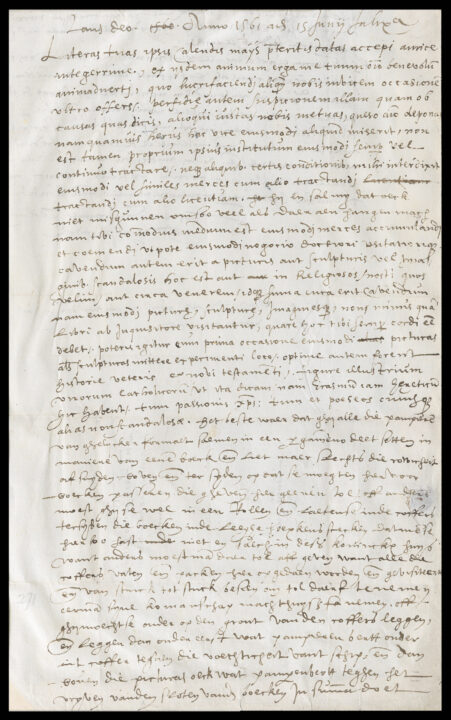 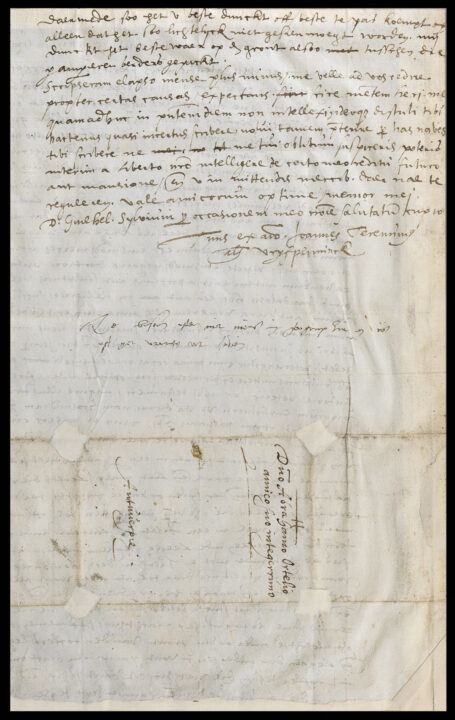 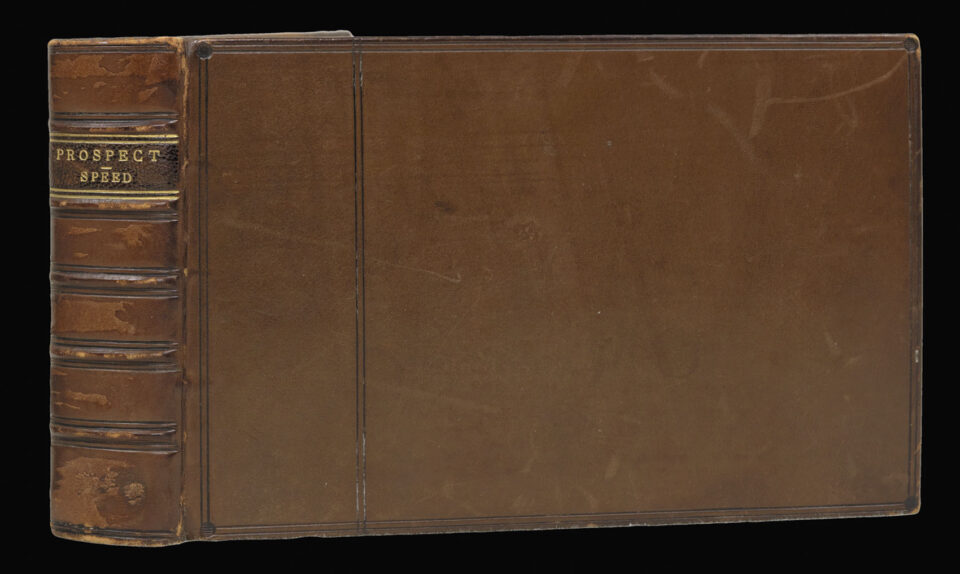 John Speed 1666 and 1668.
England, Wales, Scotalnd and Ireland described and Abridged… [together with] A Prospect of the Most Famous Parts of the World…