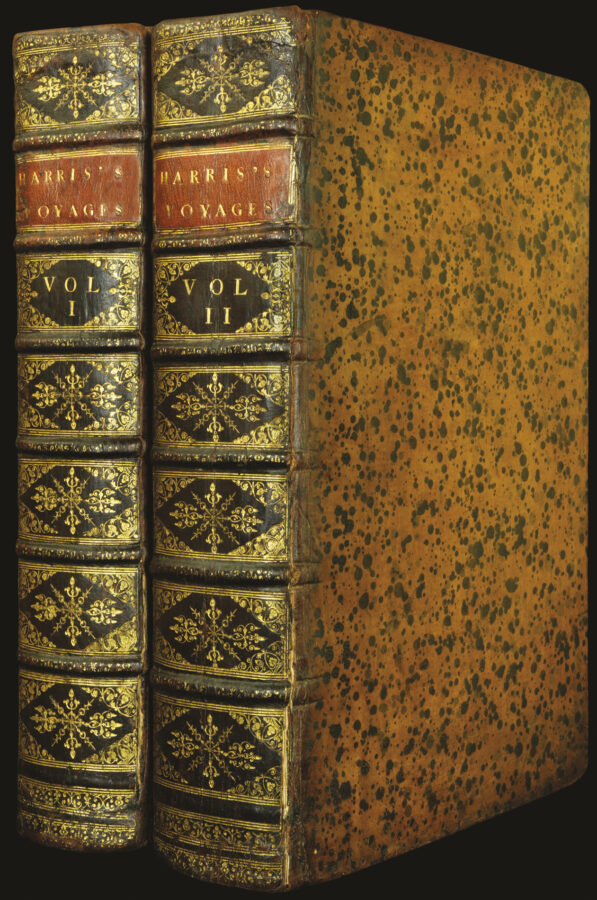 The first English map of Australia

Navigantium Atque Itinerantium Bibliotheca. Or, a Complete Collection of Voyages and Travels, consisting of above Six Hundred of the most Authentic Writers …

“This, the revised and enlarged version of the 1705 first edition, especially prized for its maps, has been called the most complete by several authorities. To the original extensive collection [including Magellan, Drake, Cavendish, Schouten, Hawkins, Narbrough, and Dampier] are added accounts completed since the first publication: Christopher Middleton to Hudson’s Bay, 1741–42; Bering to the Northeast, 1725–6; Woodes Roger’s circumnavigation, 1708-11; Clipperton and Shevlocke’s circumnavigation, 1719–22; Roggeveen to the Pacific, 1721–33; and the various travels of Lord Anson, 1740–44” (Hill).

The work is of particular cartographic interest for two maps:
The first, titled ​‘A Complete Map of the Southern Continent’ (adjacent to p. 325 in vol. I), is the first English map of Australia. Included with an account of the voyage of Tasman, the map shows the coast of Australia from Carpentaria and west to Van Dieman’s Land, as copied from Tasman’s original. Also of Australian interest are the two short articles printed on the map. The first discusses Quiros and his discoveries. The second puts forward the possibilities of Australia as a colony (“whoever perfectly discovers and settles it will become infallibly possessed of territories as rich as fruitful and as capable of improvement as any that have hitherto been found …”) and also suggests that, as it enjoys the same latitudes as South Africa, Madagascar, Peru, and Chile, where gold and silver are to be found, there is no reason why Australia should not contain these minerals.

The second map, ​‘A New Map of Georgia, with Part of Carolina, Florida and Louisiana.’ (adjacent to p. 323 in vol. II), covers from Charles Town to the Mississippi River and extends into Florida to Cape Canaveral. It was included as an accompaniment to a new chapter, ​‘The History of the Rise, Progress, and Present State of the Colony of Georgia’, included for the first time in this edition. ​“Besides being a spectacular image, much useful information is also included, particularly the coastal settlements, Indian villages and French and English forts. A distinction is made between tribes that are friendly and hostile to the English. The trading paths and main roads are marked, many shown here for the first time. The modern relevance and historical importance of this map was demonstrated when it was used in a 1981 Supreme Court case over the location of the boundary between Georgia and South Carolina at the mouth of the Savannah River” (Reese). 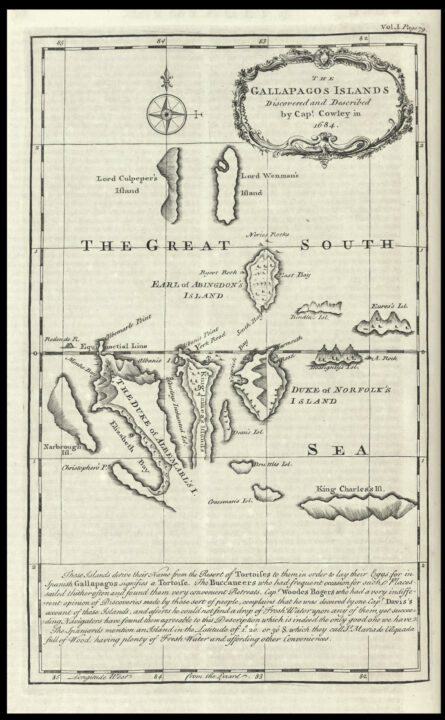 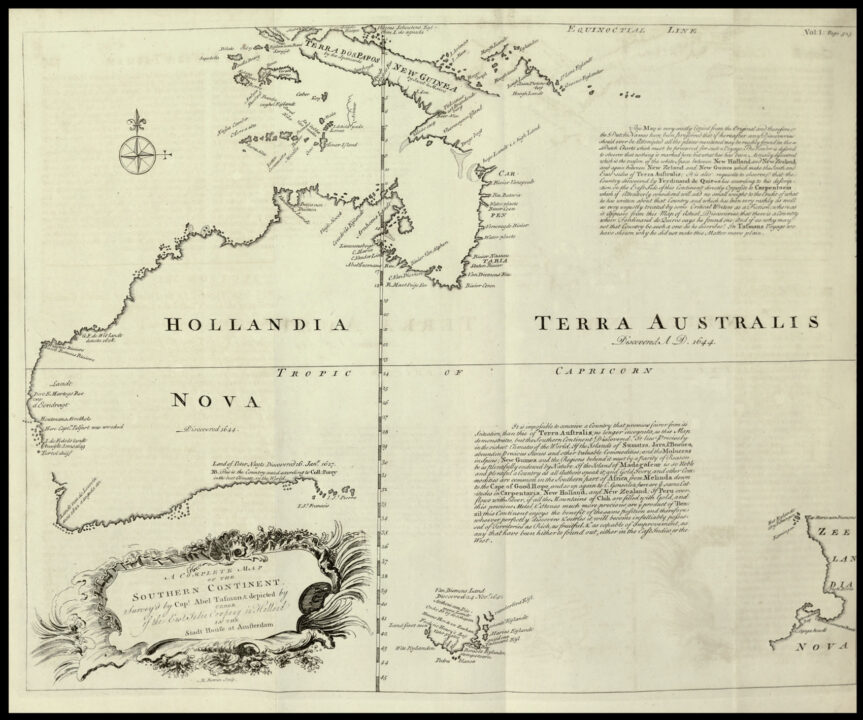 A scientific writer of the Enlightenment, and an Anglican priest, Harris published an early English encyclopedia, the famous Lexicon technicum, or, An Universal English Dictionary of Arts and Sciences (1704 and 1710). It was one of the first books to bring to public notice Newton’s scientific theories. He had a special interest in the ​“scientific instruments, such as the air-pump, that provided the Royal Society with many experiments, as well as in the technology of the Savery engine and in the practical problems of navigation” (Larry Stewart).