A fine copy of the first atlas to be given the name, by one of the most important figures in the history of cartography.

Gerard Mercator (1512–94) would not begin his greatest work until relatively late in his life. From 1530 he had been a student at the University of Leuven, where he studied philosophy and mathematics under the scholar Gemma Frisius, establishing a workshop there after he graduated in 1534, and working for patrons including Emperor Charles V. In 1552 he took the chair in cosmography at the University of Duisburg in the Duchy of Cleves, and his work there brought him to the attention of the Duke, Wilhelm, who made him court cosmographer in 1554.

Mercator’s vision for his work took shape after his appointment. He wanted to create a work in five parts: first, the creation of the world; second, cosmology; third, geography; fourth, the history of the countries described; and fifth, chronology. The third part, dealing with the geography of the world, was to be divided into modern, Ptolemaic and ancient geography.

The atlas was a labour of love: Mercator originally intended to draw all the maps, write all the text, and cut all the plates himself. He faced considerable difficulties in acquiring up to date maps, and finding skilled copperplate engravers, while also having to continue with other projects to support himself and his family. It is unsurprising, therefore, that the project took much longer than anticipated. Mercator published the chronology in 1565, and the maps of Ptolemy’s ​‘Geographia’ for the third part in 1578. The first three parts of his book on modern geography was published in 1585, dealing with France and Switzerland, the Low Countries and Germany. The fourth part, dealing with Italy, was published in 1589. Mercator managed to finish his account of the creation of the world and 28 more maps before he died in 1594, but it was up to his son Rumold and his nephews Gerard and Michael to finish his work. The completed atlas, which included maps of the world and continents, together with the fifth modern part covering the rest of Europe, would be published by Rumold in 1595. In this copy, all five parts have been bound in one volume.

The work carries a dedication to Wilhelm of Julich, Cleves and Berg, but the section on Italy is dedicated to Duke Ferdinando de’ Medici, and the section on modern geography was dedicated to Elizabeth I of England, in the hope that Elizabeth would authorise English explorers to pass on their discoveries to foreign cartographers.

Mercator’s work is referred to as the first atlas because he was the first to give a collection of curated maps this name, reflected in the famous engraved titlepage showing the King Atlas measuring the world with a pair of dividers. It is often wrongly thought that the word atlas refers to the Titan of the same name, whose punishment for fighting against the Olympian gods was to hold the heavens on his shoulders. King Atlas was a mythical ruler of Mauritania, a mathematician and philosopher who supposedly made the first celestial globe. 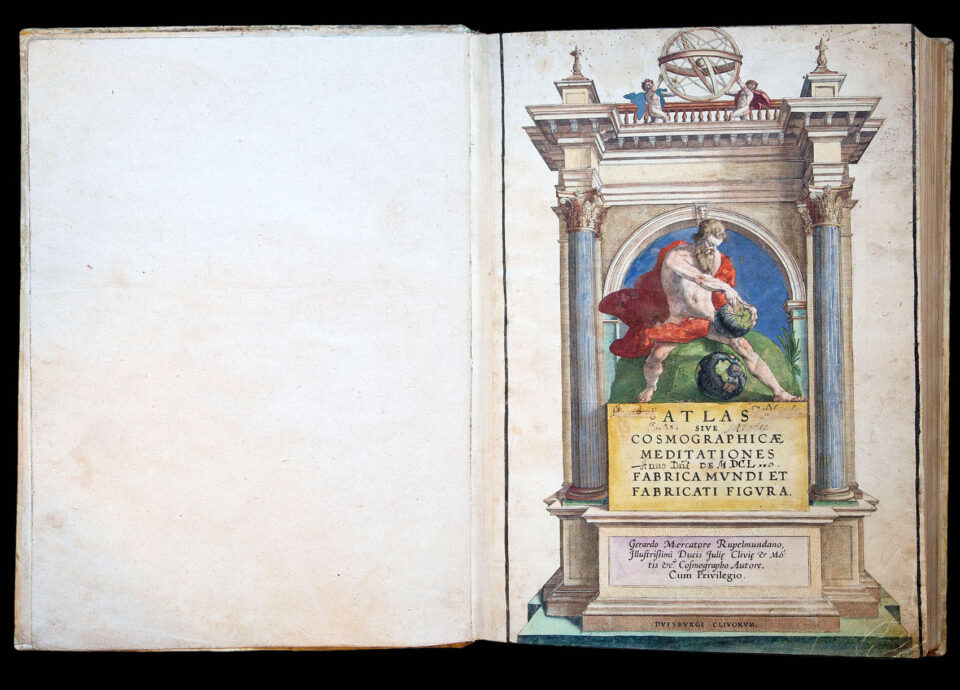 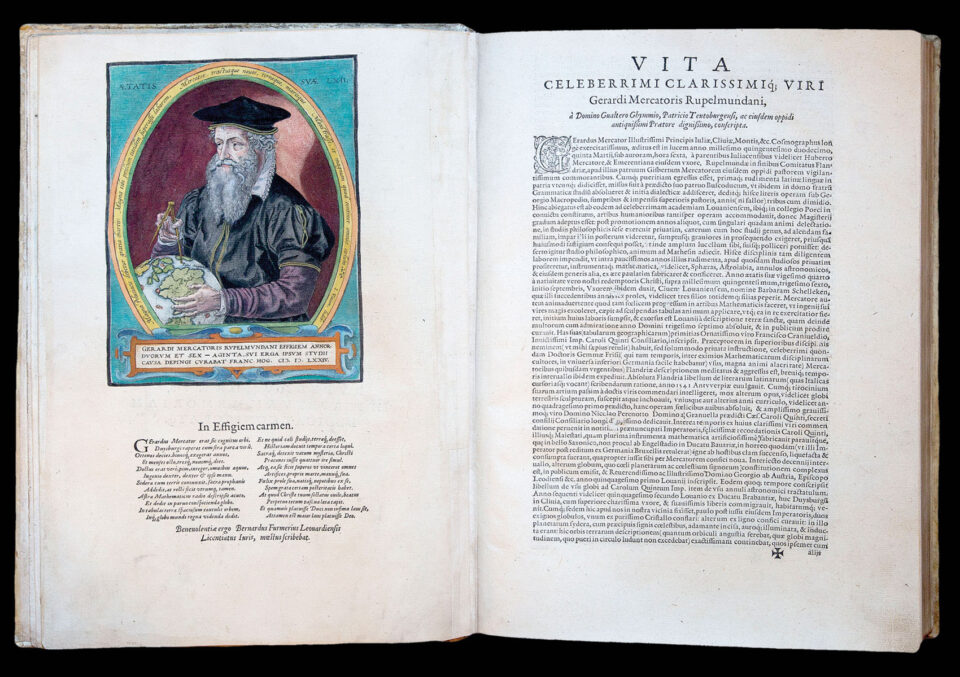 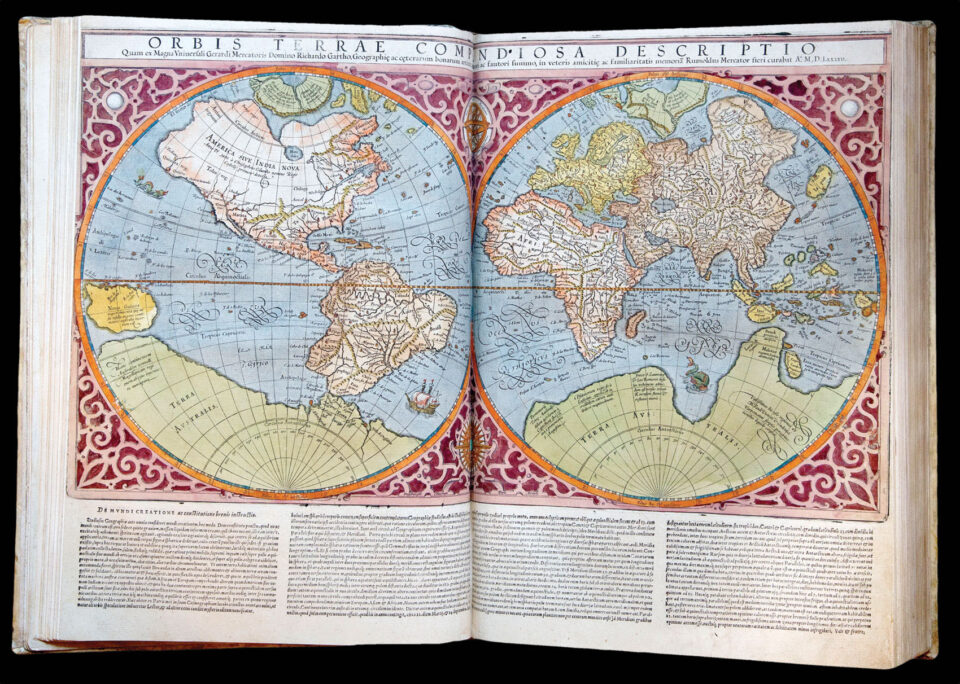 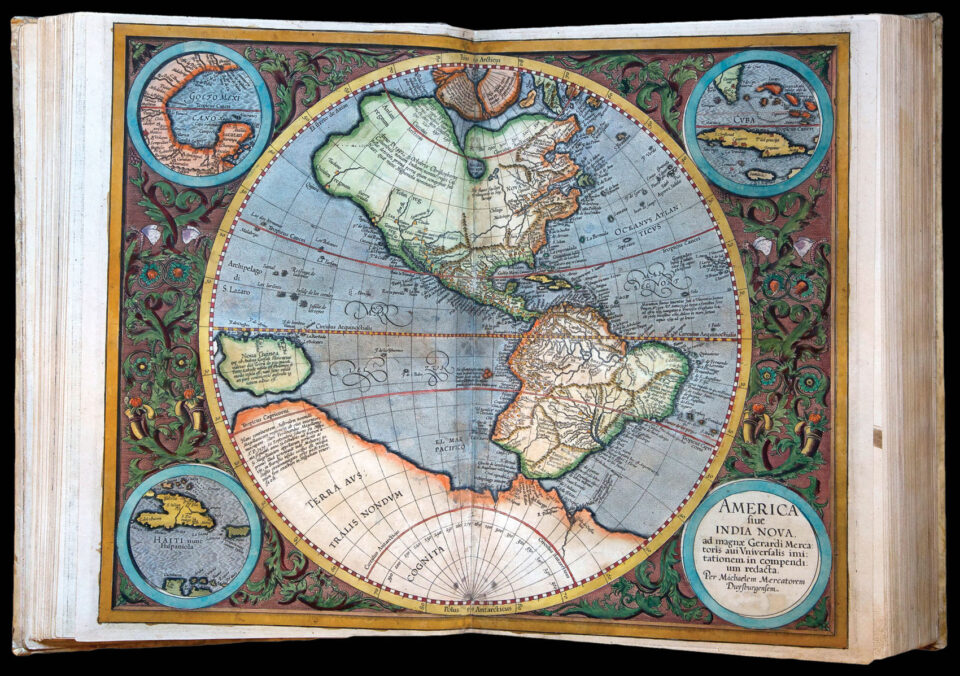 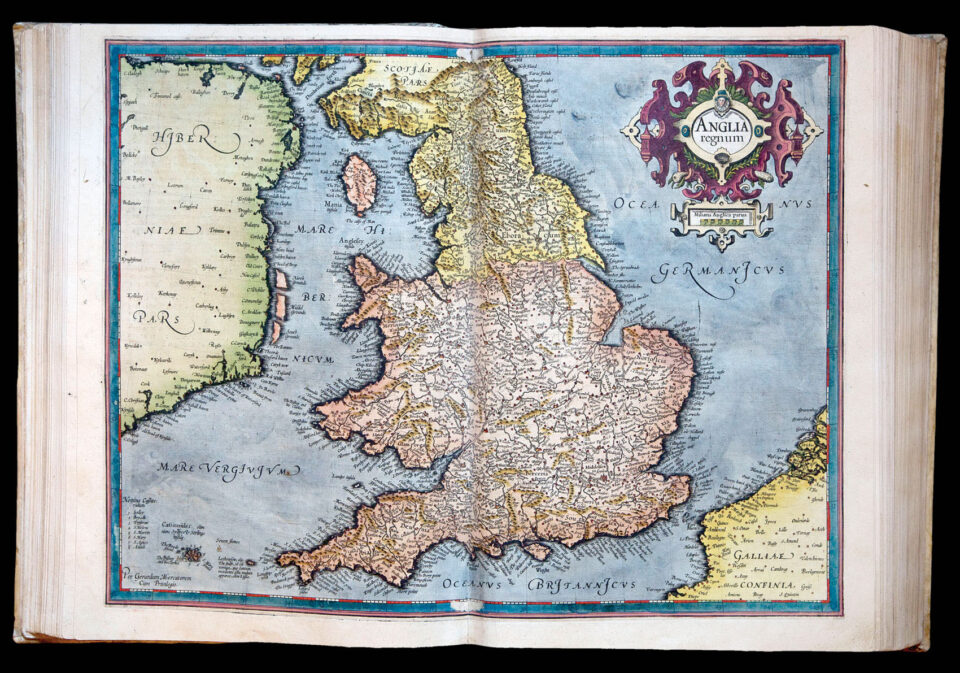 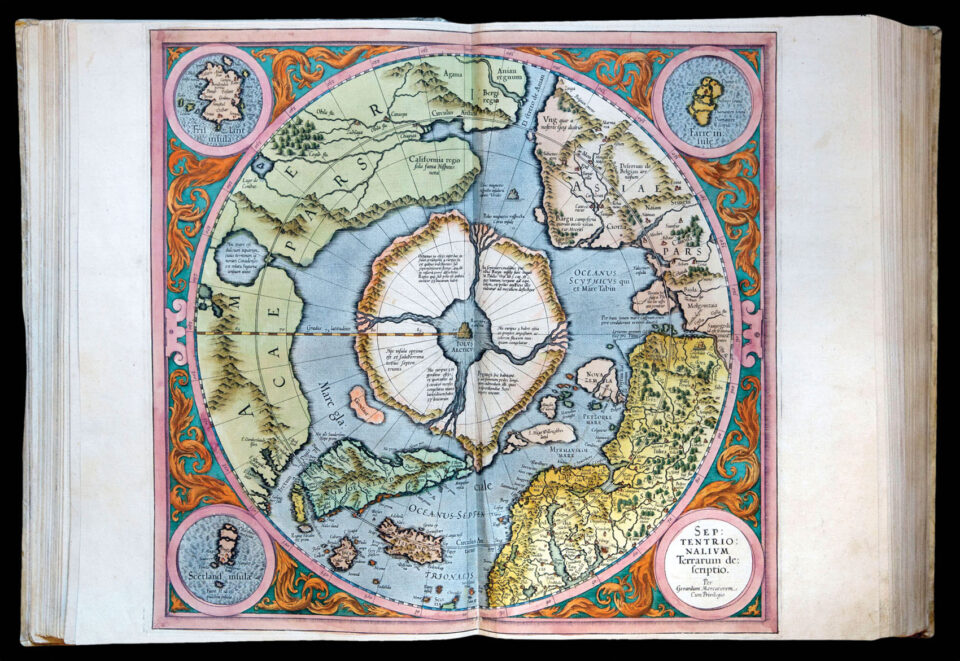 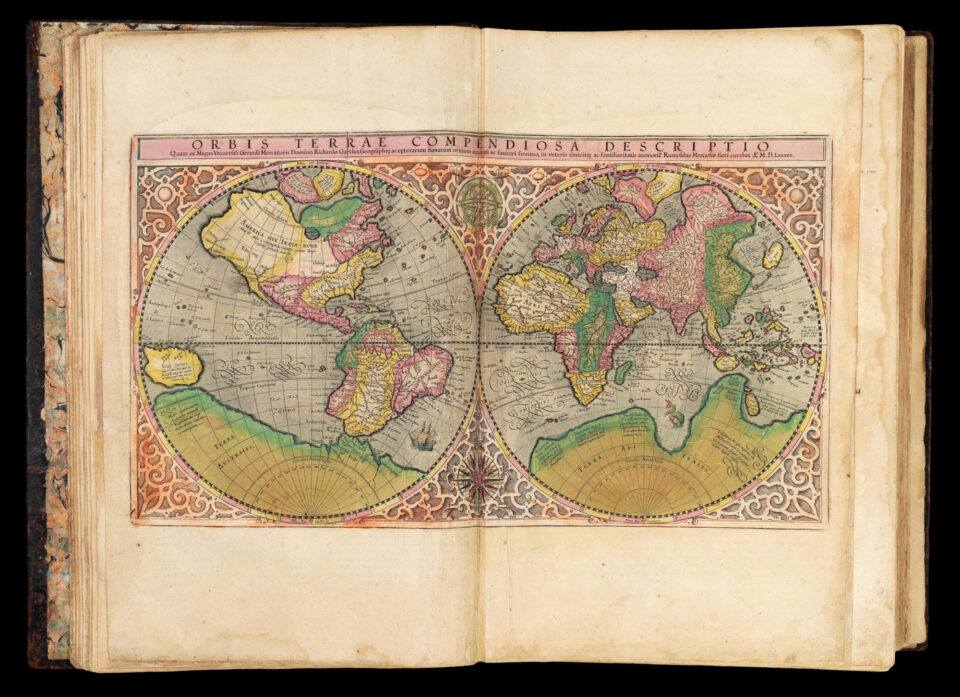