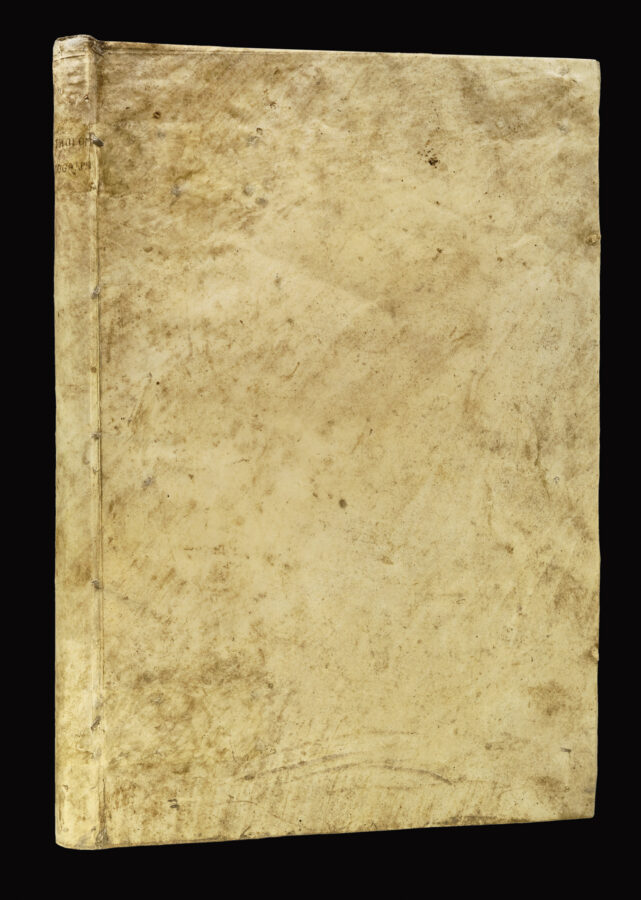 A very fine example of this Venetian editon of Ptolemy’s Geographia. This is the first illustrated edition of Ptolemy’s work in which an attempt was made to update the information given on the maps. It is also one of the earliest examples of two-colour printing in cartography with the major regional names printed in red, others in black, using inset type. The large cordiform world map is the earliest of its kind, and this is only the second Ptolemaic world map to show America (Regalis domus and Terra laboratpru[m]). It is also the first printed map to indicate Japan (Zampagu Ins). 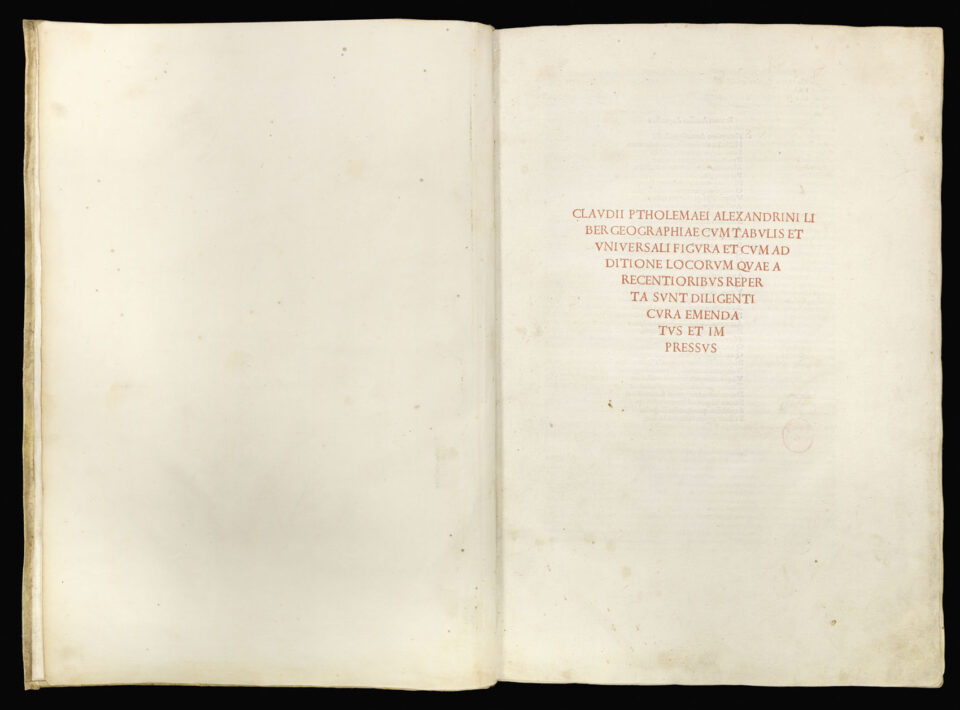 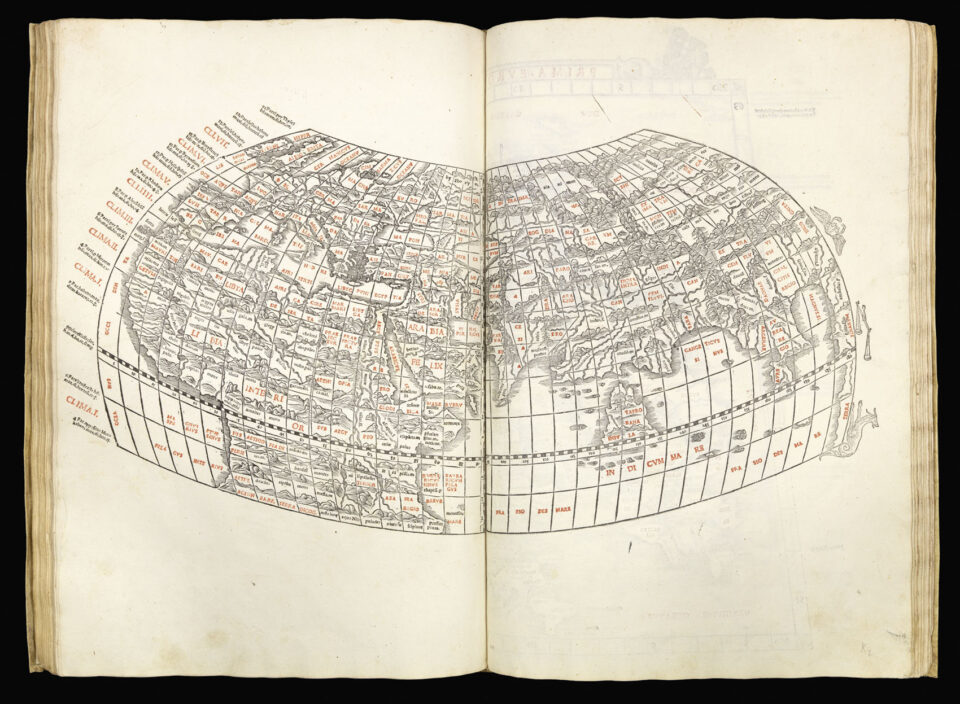 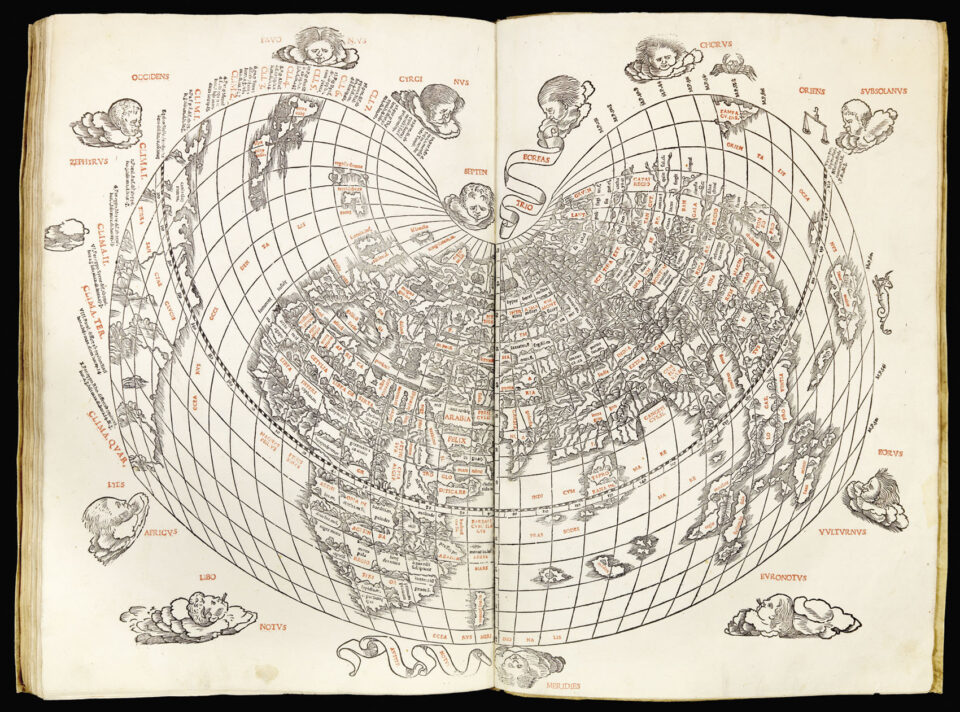 With the maps of Armenia and Bermuda