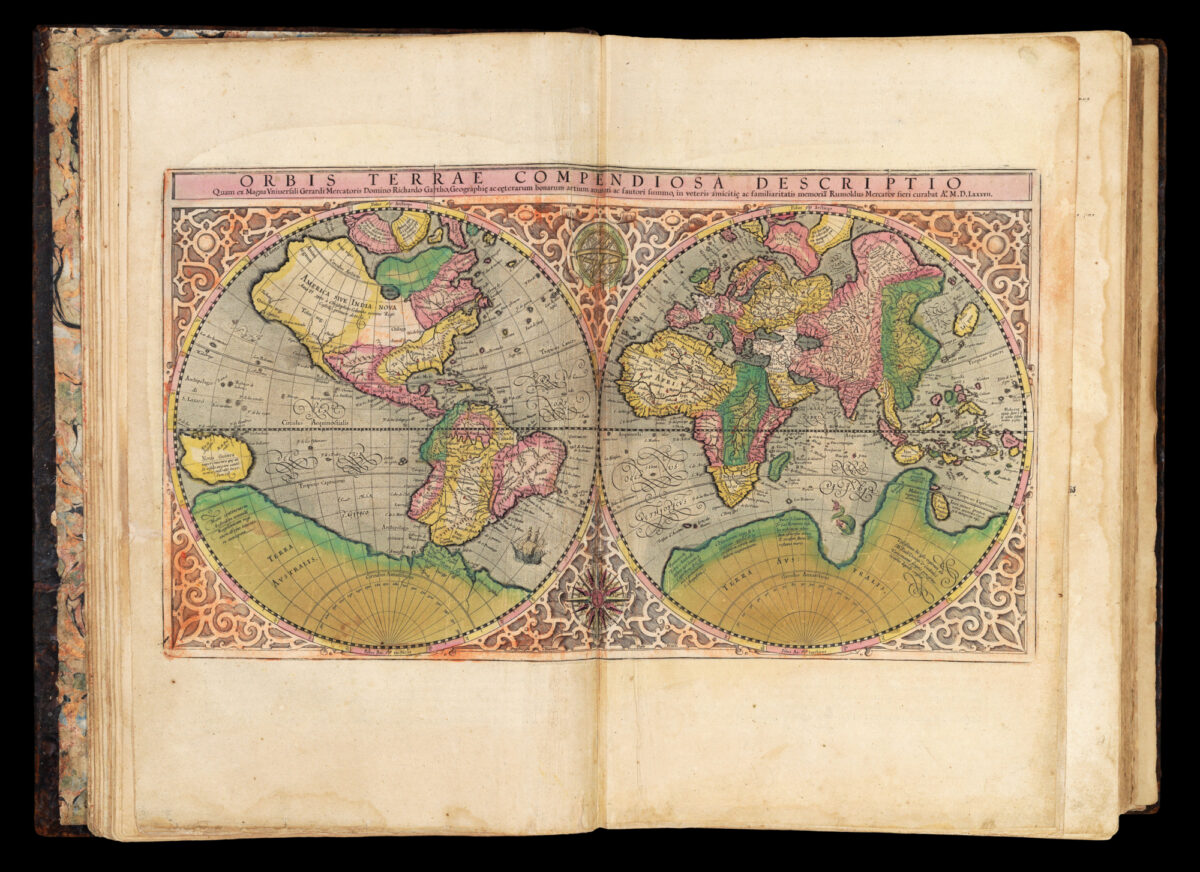 A fine example of a great atlas.

Gerard Mercator (1512–1594) would not begin his great ​‘Atlas’ or ​‘Cosmography’ until relatively late in life. The impetus for this came when he was employed as cosmographer to Duke William IV of Kleve, in 1563. Mercator’s intention was to produce a work that consisted of five books and covered the whole world. The first book would cover the creation; the second the heavens; the third geography; the fourth history; and the fifth chronology. He intended to draw all the maps, write all the text, and cut all the plates himself. Unsurprisingly, the ambitious project would require more time than he could afford to give it, and he was only able to complete a few of the parts: the creation; the maps for Ptolemy’s ​‘Geographia’ — part of the geographical section — in 1578; and four of the modern parts. The first three were published together in 1585 and covered France, the Low Countries, and Germany. The fourth part, covering Italy, the Balkans, and Greece, appeared in 1589. Mercator died on December 2, 1594, leaving the responsibility for completion of the cosmography to his son Rumold.

Mercator’s work is referred to as the first atlas, because he was the first to give a collection of curated maps this name, reflected in the famous engraved title-page showing King Atlas measuring the world with a pair of dividers. It is often wrongly thought that the word ​‘atlas’ refers to the Titan of the same name, whose punishment for fighting against the Olympian gods was to hold the heavens on his shoulders. King Atlas was a mythical ruler of Mauritania, a mathematician and philosopher who supposedly made the first celestial globe.

There was one further edition in 1602 before the plates were acquired by Jodocus Hondius (1563–1612). This is the second French edition printed by Hondius, both times adding groups of new maps to the book. Together with the 1613 Latin edition, it is the first to contain the famous double portrait of Mercator and Hondius engraved by Hondius’ widow Colletta van den Keere, a successful publisher in her own right who continued the business after her husband’s death.

The title-page of this copy states ​“Editio Quarta” (i.e., the fourth Latin edition), but it is in fact a variant of the 1613 French edition, with the Latin title-page but French text (as in Koeman). There are examples of the 1613 French edition at the Scheepvaart Museum, Amsterdam, and the Lilly Library, Bloomington, Indiana, and an example with a Latin title in the University Library, Leiden. 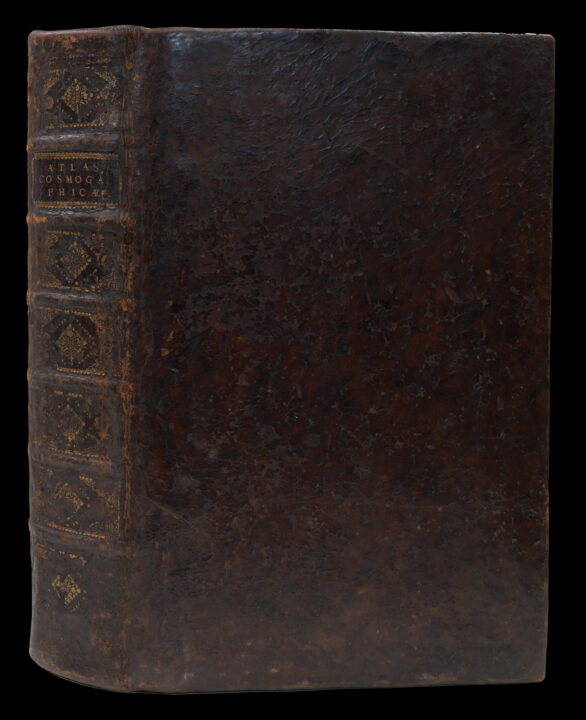 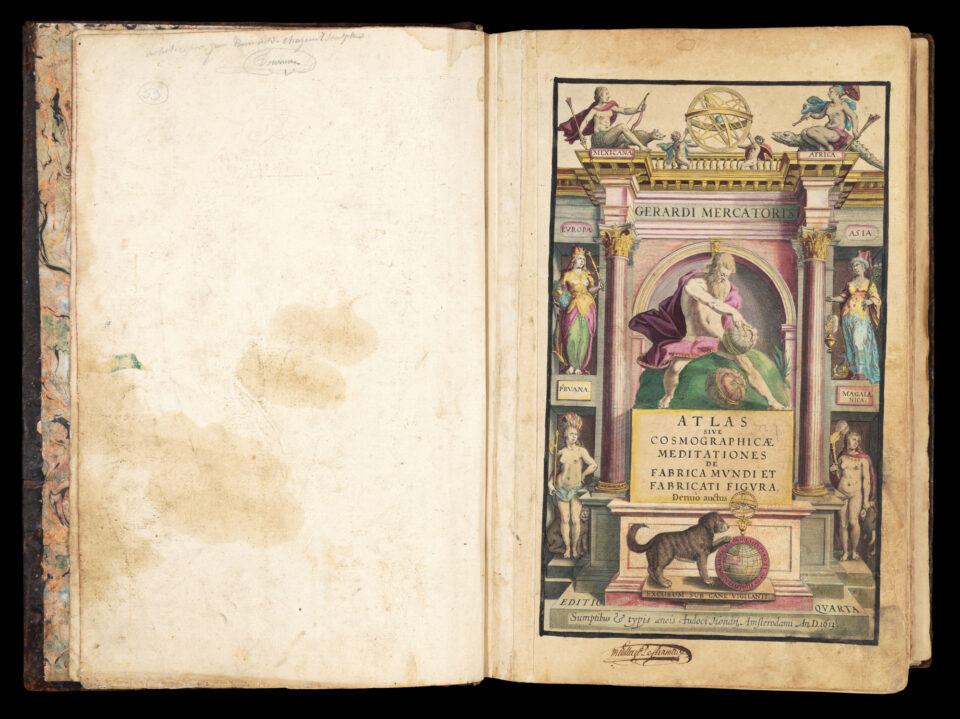 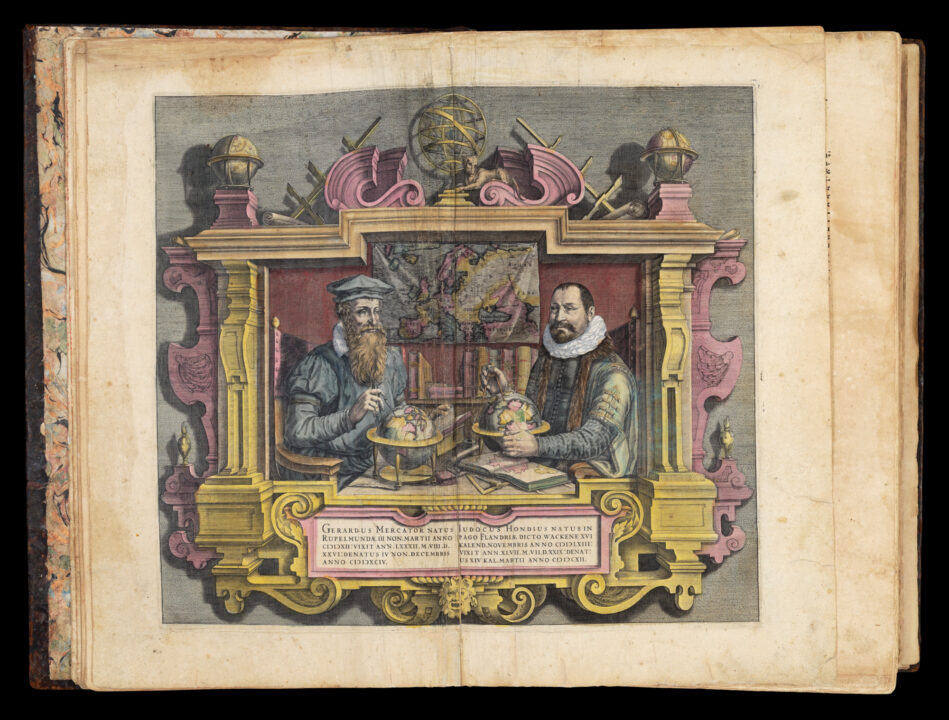