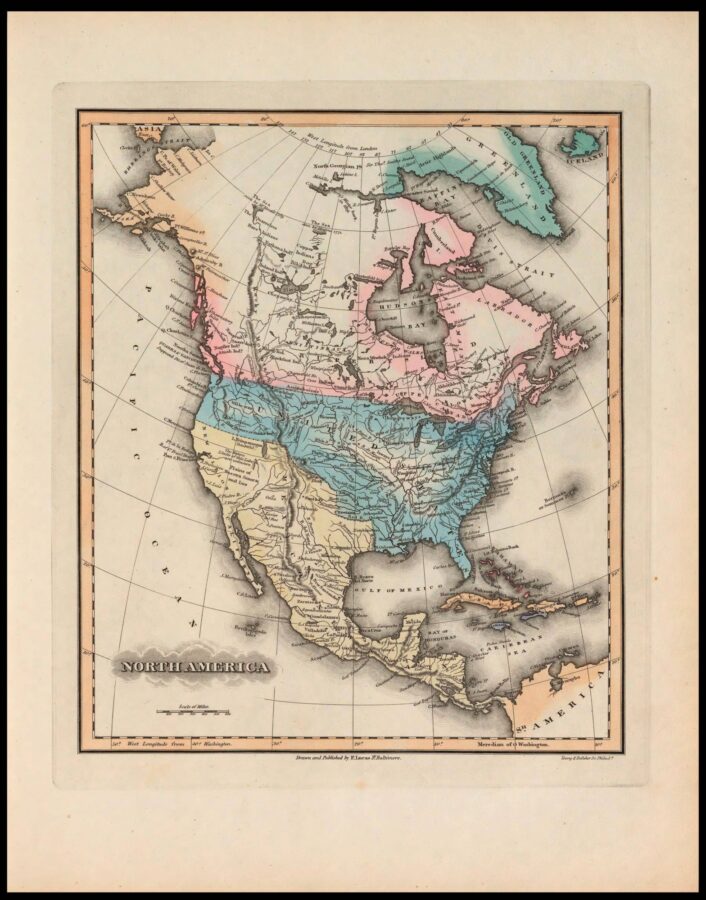 “The finest general atlas produced in the United States”

A general atlas containing distinct maps of all the known countries in the world.

An extremely detailed, accurate and attractive American world atlas, with all the maps exquisitely coloured for the publisher, and in a fine American binding. It includes maps of the world, the western and eastern hemispheres, the five continents and the West Indies, and is especially important for the American maps (59 of the total 98), which include a separate map of each of the 24 states in the United States at the time of publication, further maps of the US territories, 20 maps of the West Indies, including a separate map of every major island, and five maps of South American countries.

Most of the maps, including nearly all of the American ones, were drawn by Lucas himself and include material taken from new government surveys. Each map includes a grid of parallels and meridians, nearly all include scales and sometimes also a compass rose. An anonymous contemporary reviewer (North American review), after praising the unusually detailed and accurate maps, wrote further, ​“We have seldom seen so good a set of maps of the West Indies”, the maps of South America ​“present a more full view of the present topographical state of those countries, …, than is anywhere else to be found …”, and praised the entire work for ​“the uncommon beauty and elegance of the mechanical execution” and ​“exquisite beauty of coloring”, concluding, ​“no maps have come under our eye, either from abroad or … in this country, which can claim precedence …” ​“if we were to select a single atlas, in which our purpose would be to obtain the greatest amount of matter within the smallest space, … we should not hesitate to choose this in preference to any we have seen”. This praise has withstood the test of time, David Rumsey calling this atlas, ​“the finest general atlas produced in the U.S. at that time”, ​“The quality of the engraving … is superb, the detail is very fine, and the coloring is delicate and elegant”. Although especially valuable for its American maps, it has been largely overlooked in Americana reference works because of its status as a world atlas. It also includes seven maps of the ancient world (Rome, Greece, Palestine, Egypt).

Fielding Lucas junior (1781–1854) set up as a stationer in Baltimore in 1804 and soon became one of America’s leading cartographers, artists and publishers. His main area of specialisation were atlases and colour plate books. In 1822 he issued an atlas containing about a third of the present maps, of which some were in earlier states, together with other maps by other authors. The present atlas, however, is his greatest work.

Most of the United States maps were engraved by B.T. Welch and other maps by Young & Delker, J.V.N. Throop, Cone & Freeman and Kneass. Joseph Perkins (1788–1842), born in New Hampshire, worked as an engraver of bank notes and lettering. From 1814 to 1826 he worked in Philadelphia, where he was responsible for most of the lettering, drawing and engraving for Tanner’s 1823 New American atlas. Although he signed only the lettering of the title-page, he may have had a hand in the unsigned lettering of some individual map titles, many in decorated roman capitals and that for the inset map of Baltimore in a very early example of decorated sans-serif capitals. William Caslon IV introduced the first sans-serif printing type, capitals only, in London in c1812, but his single size remained unique until the Figgins foundry introduced the first in what was to become a very popular style in 1828, so no sans-serif printing types existed in America in 1823. 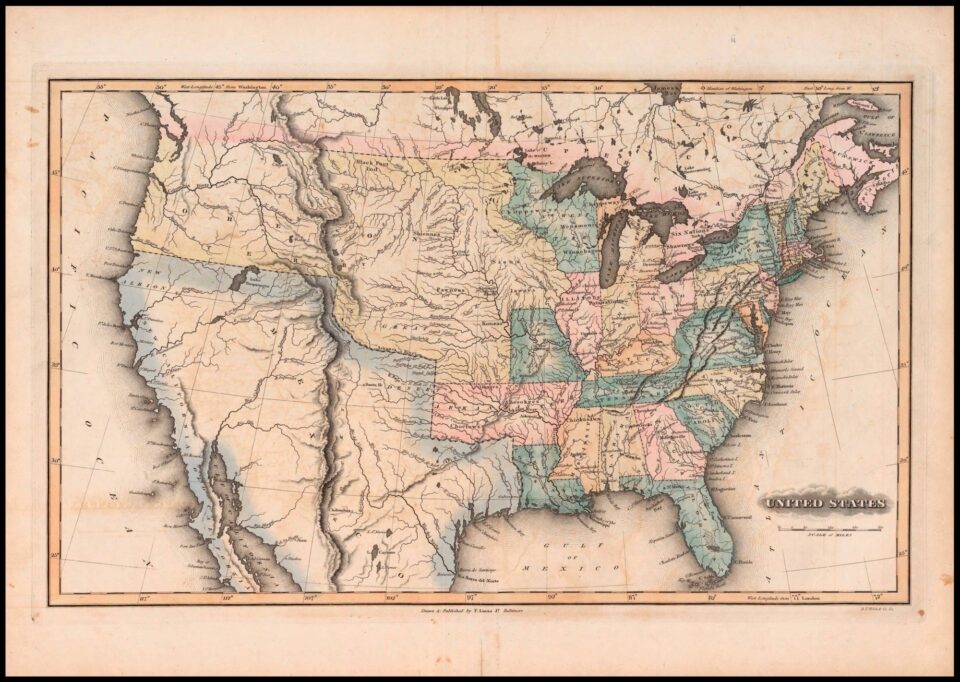 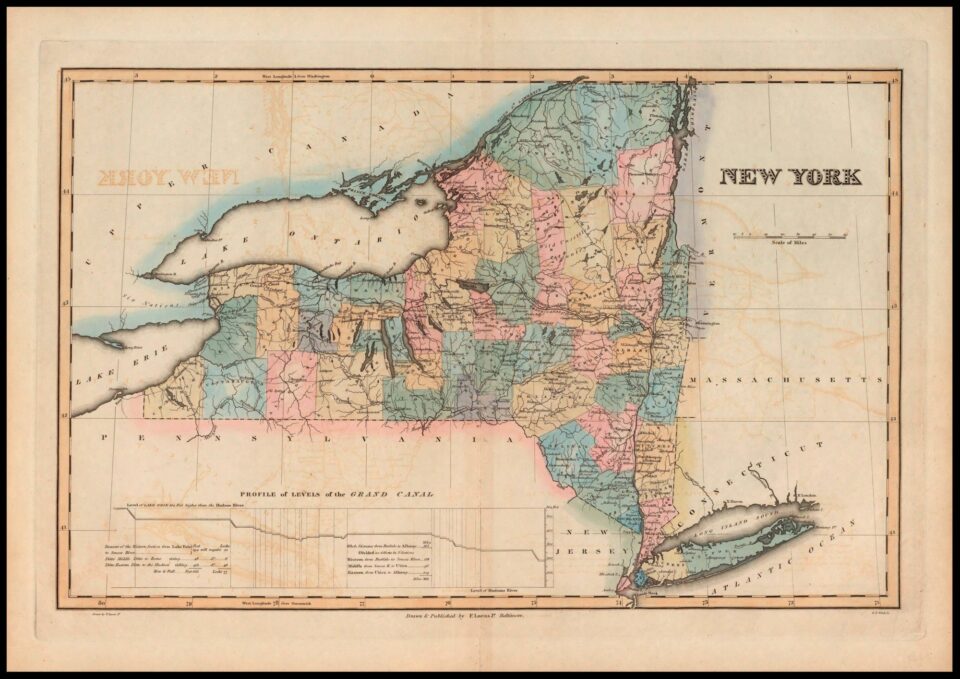