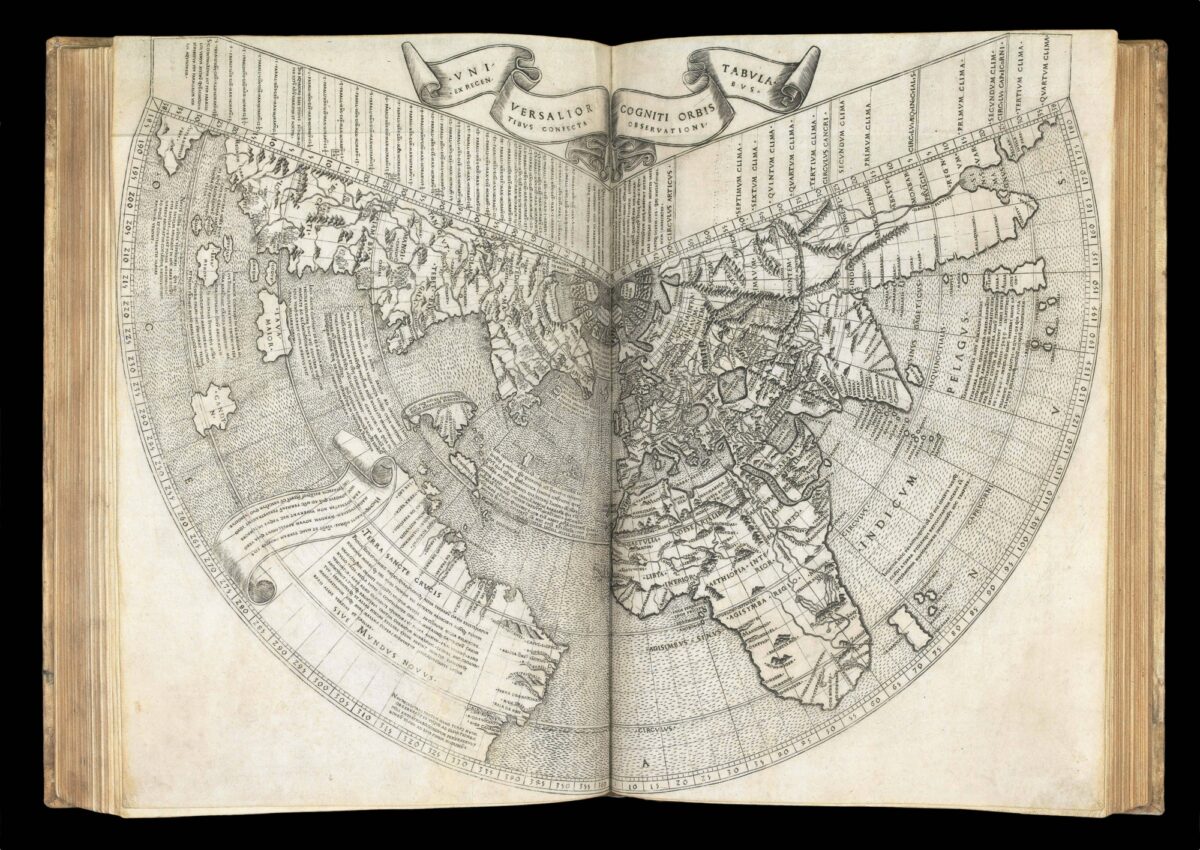 The earliest obtainable printed depiction of the Americas

Translated into Latin by Jacopo D’Angelo, this edition includes seven modern maps not present in the editions of 1478 and 1490.

The modern maps were edited by Marcus Beneventanus (1465–1524), a Celestine monk. The present example includes Johannes Ruysch’s world map that, although commissioned for the 1507 edition, was not completed in time, and is normally only found in examples of the 1508 edition, where it is mentioned on the title-page. The present work also includes six leaves of the 14 leaf ​‘Orbis nova descriptio’ by Beneventanus, usually found in the 1508 edition only. Indeed, the watermark (Briquet 12163) is normally associated with books published in Venice in 1508, which suggests the present work was assembled towards the end of the lifespan of the 1507 edition.

Johann Ruysch (1460–1533) was an artist and cartographer from the Low Countries, most probably from Utrecht. He became a Benedictine monk c1505 and was given an office in the papal palace by Julius II; this is presumably when he made his world map. It has been suggested that he was friends with Raphael. Beneventanus says in the introduction to the 1508 Rome Ptolemy that Ruysch claimed to have sailed from England to the North Pole and then through to Asia. He may have been a member of John Cabot’s expedition from Bristol trying to reach China.

Ruysch’s membership of the expedition has been debated, as his map does not show much new information. He uses mainly Portuguese sources, in particular the Contarini-Rosselli map of 1506. He draws most of the northern American coastline from Contarini, using a similar folding conical projection. The inscription ​“Baccalauras”, meaning codfish, also shows Portuguese influence. Portuguese fisherman caught vast quantities of cod in the area at the time. South America appears as a large distinct continent, called ​“Terra Sancte Crucis sive Mondus Novus”, with an inscription where Ruysch notes that he knows very little about the new continent. North of South America appears ​“Spagnola”, the site of Christopher Columbus’ landing. Although Columbus thought that this island was Japan (“Sipangu”), and it is identified as such on the Contarini-Rosselli map, Ruysch chooses not to do so. To the west of Hispaniola there is a peninsula, probably Cuba, which bears a text scroll explaining that this was the limit of the Spanish explorations. Although the Contarini-Rosselli map showed Cuba as an island, Ruysch appears to have accepted Columbus’ theory that it was an Asian peninsula.

Greenland, Labrador, Newfoundland and Nova Scotia are all shown as part of the Asian land mass. Even if Ruysch did not explore the New World himself, it seems that he was in communication with those who had, as there is a note next to Greenland explaining that compasses do not work in that area, suggesting that he had information from mariners who had observed magnetic variation there. His depiction of Madagascar, India and Sri Lanka in their correct proportions must be taken from Portuguese sources, as evidenced by the nearby note about Portuguese activities in the area in 1507. His depiction of the Arctic region, with multiple islands circling the north pole, was original and influenced the work of Gerard Mercator.

The third state is identifiable by the labels of ​“Sinus Gageticus” and ​“Sinus Magnus” on the right hand plate and ​“La Dominica” correctly labelled on the left hand plate, and the word ​“oceanus” around the circumference of the map.

Rare. We are only aware of a single example of this edition selling at auction: the Murphy copy that sold in 1884 for $115. 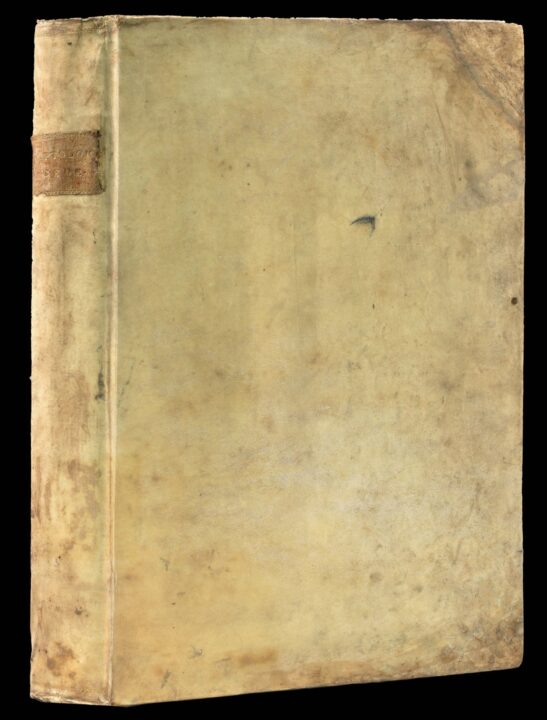 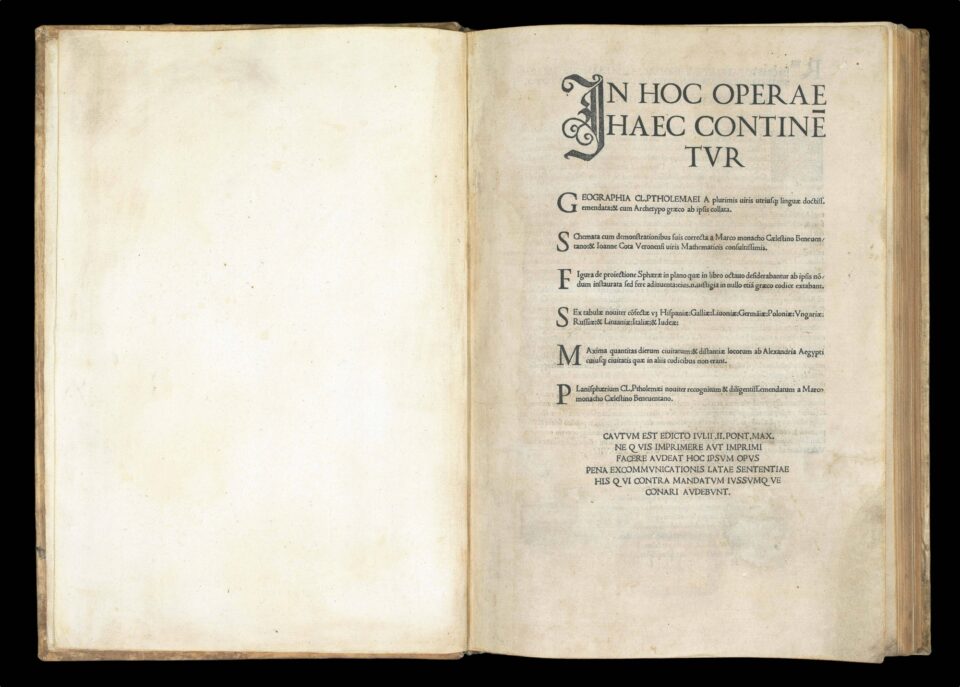 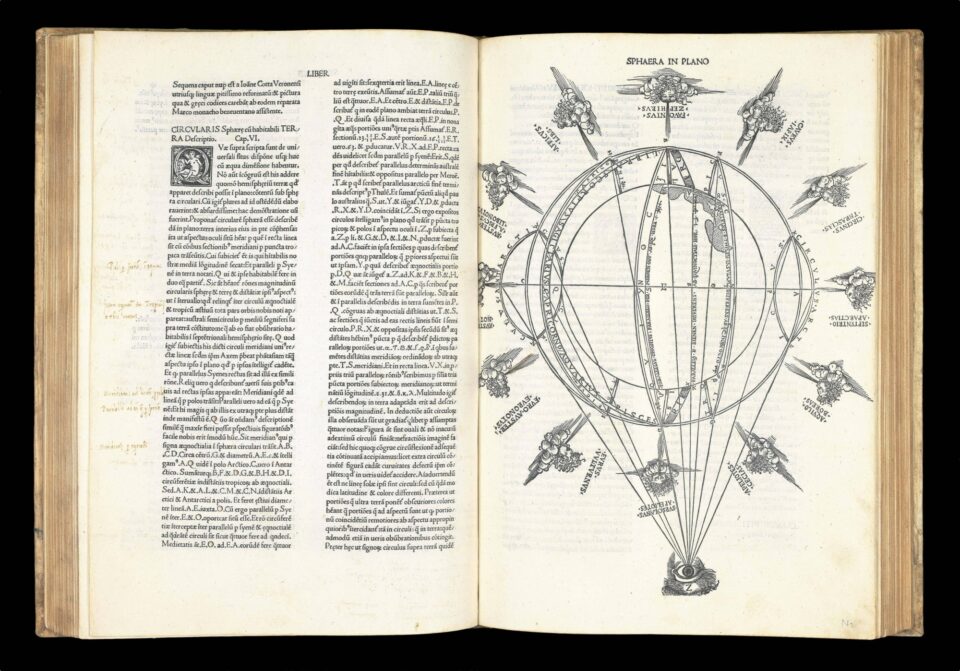 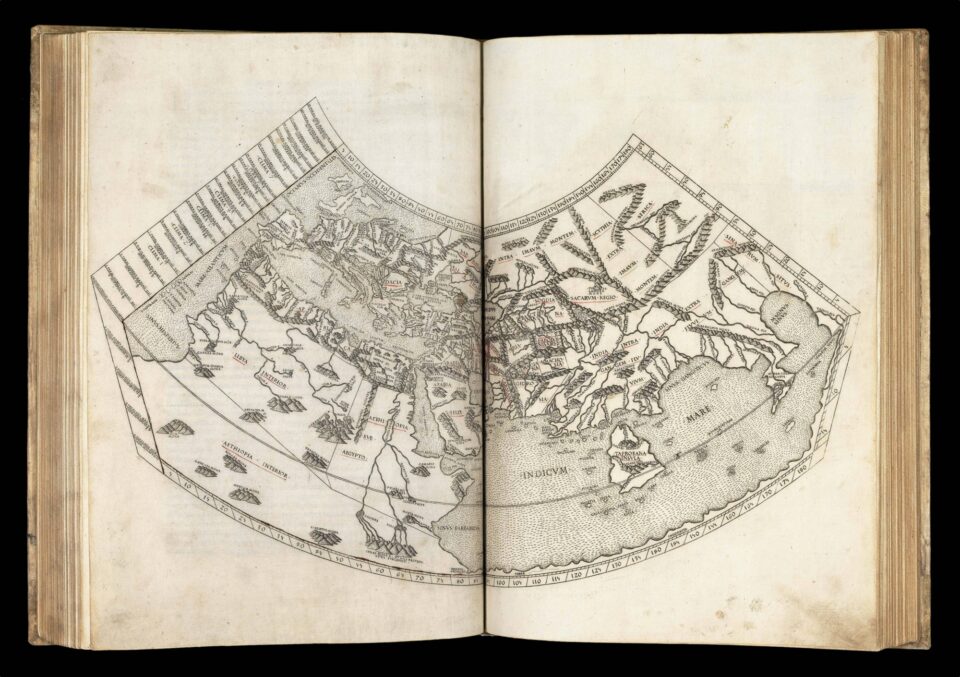 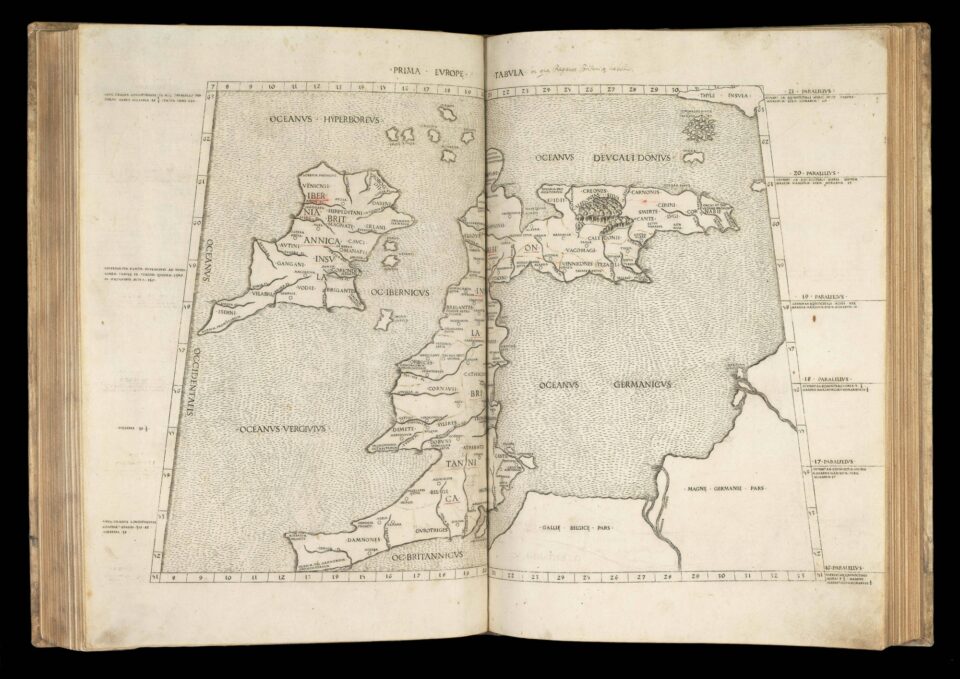