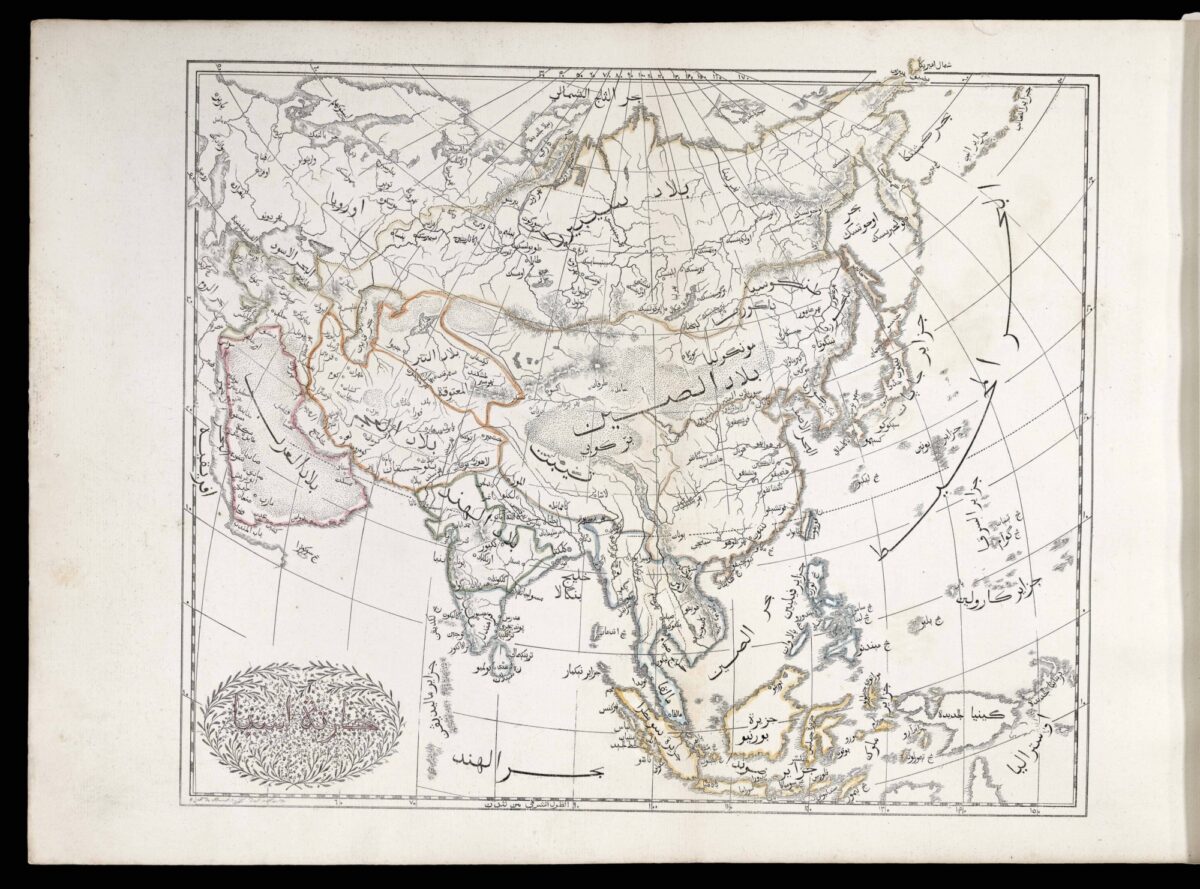 Atlas, ay majmu’ kharitat rasm al-ard… Atlas or a collection of maps, drawings of the earth comprising: first Eastern half of the globe, second Western half of the globe, third Europe, fourth Asia and Australia, fifth Africa, sixth America, seventh The Land of Egypt, eight The Land of Sham and offers it in a valued printing for the benefit of schools

Cartographic publishing in the Muslim world was largely stifled until the nineteenth century by Ottoman proscriptions on printing. Although several atlases, such as the Celebi and Cedid atlases, and maps, the Hajji Anmed Mappamundi for example, were published in Venice with the intent of exportation to the Ottoman Empire, these attempts were unsuccessful. Furthermore, they were all printed in Ottoman Turkish, not Arabic. Malta, with its proximity to the Arab world and Ottoman Empire, but its status as a British Crown Colony, was a natural place for the first Arabic atlas to be published.

​“When the Anglican Church Missionary Society decided to establish a Mediterranean Mission in 1815 to evangelize the peoples of Southern Europe, North Africa and the Middle East, they directed their attention to Malta which occupied a central position in the Mediterranean and so geographically lay on the main communication and trading routes between east and west and north and south. The C.M.S. immediately appointed Dr Cleardo Naudi, a Maltese Professor of Chemistry, at the University of Malta, as their correspondent in Malta and sent William Jowett in 1815 to go to the Mediterranean and the Middle East to study the different religious communities and to formulate plans for ​‘propagating Christian knowledge’ among them.
After nine years sojourning and travelling in the Eastern Mediterranean, Jowett concluded by emphasizing the importance of education first, before trying to spread the evangelical message, and he felt it very important that the C.M.S. should provide a range of educational books by creating a printing establishment. Malta offered the best advantages for such an undertaking. The Committee of the C.M.S. were impressed with Jowett’s reports and pledged their support but after many delays in the procurement of Arabic and Greek founts [sic?] and other equipment, the first Arabic books came out only in 1827.
However the C.M.S. Press initially faced many problems with their setters and printers as they had no knowledge of Arabic. This changed when Christoph Friedrich Schlienz (1803–68) who was born in Kirchheim in Wurttemberg joined the C.M.S. Press in Malta and eventually became its Superintendent.
With the aid of Matthdus Weiss, the C.M.S. printer in Malta, and George Percy Badger and Faris al-Shidyaq acting as translators into Arabic and editors of the Arabic script, the C.M.S. published most of the Arabic books in Malta between 1827 and 1840. Besides, it results from the Malta Government Accounts for 1831 that an allowance of £30 was being paid to a student in Asia Minor to study Arabic, and in 1832 an allowance of £70 was paid to a gentleman abroad to perfect himself in the Arabic language.
When in 1832 Schlienz discovered that a German lithographer was living in Malta, he immediately contracted two of his sons, Frederico and Luigi [Brocktorff] as lithographers, and Francesco, another son, as a binder. The C.M.S. took a pioneering role in the introduction of printing in the Arab world… However although the output of printed works was impressive, the distribution of books was weak and with mounting debts the C.M.S. printing press had to close down in 1842 and was eventually bought by Matthaus Weiss”.
Although it was not printed in large numbers, the atlas had a significant impact in the Arab world. It was quickly reproduced in Cairo, from where Lord Lindsay wrote in December 1836: ​“perhaps the most useful work the Pasha has published is an Atlas in Arabic. Copied from one the missionaries have executed at Malta” (Ganado, Shiro and Attard).
The 1833 Malta atlas, the very first example of this kind, is unobtainable today, with the only known copies held in the Albert Ganado Melitensia Collection, and by the British Museum. The present example, published two years later at Malta, is also exceptionally rare.
Complement of Maps
1. [Map of the World, Western Hemisphere]
2. [Map of the World, Eastern Hemisphere]
3. [Map of Europe]
4. [Map of Russia]
5. [Map of Africa]
6. [Map of North and South America]
7. [Map of Australia]
8. [Map of North Africa]
9. [Map of Asia]
10. [Map of Asia]
11. [Map of Eastern Mediterranean]. 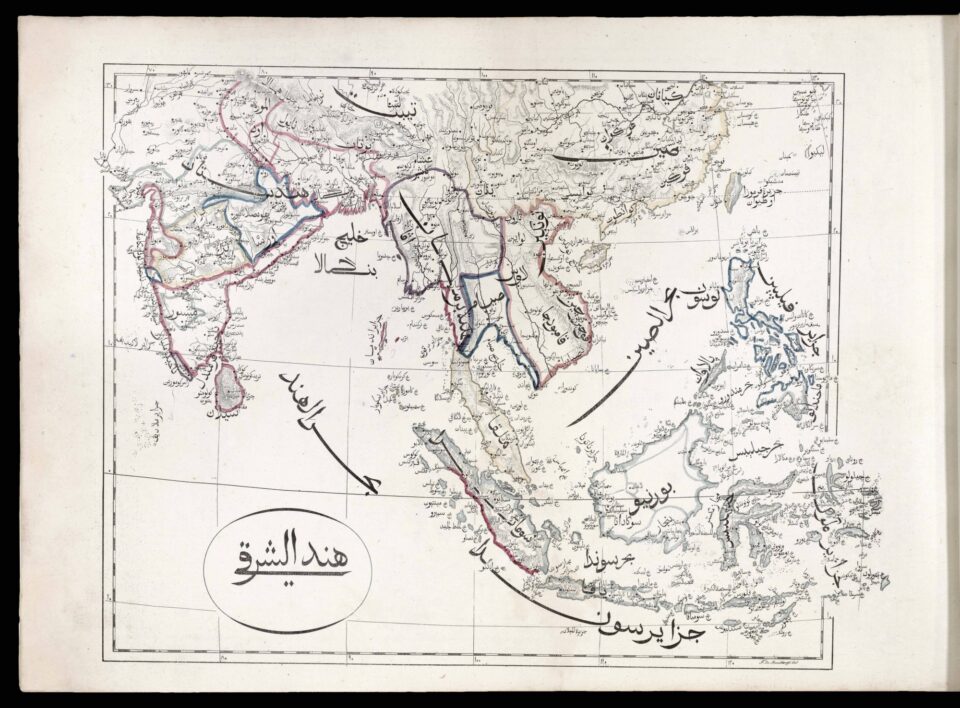 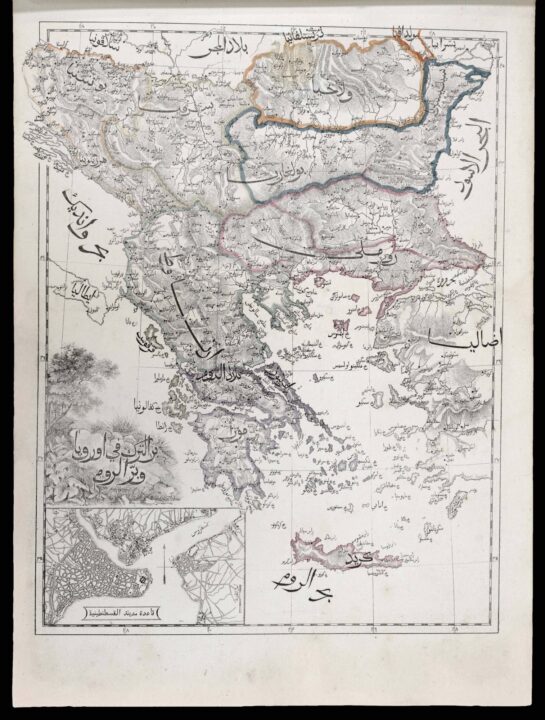 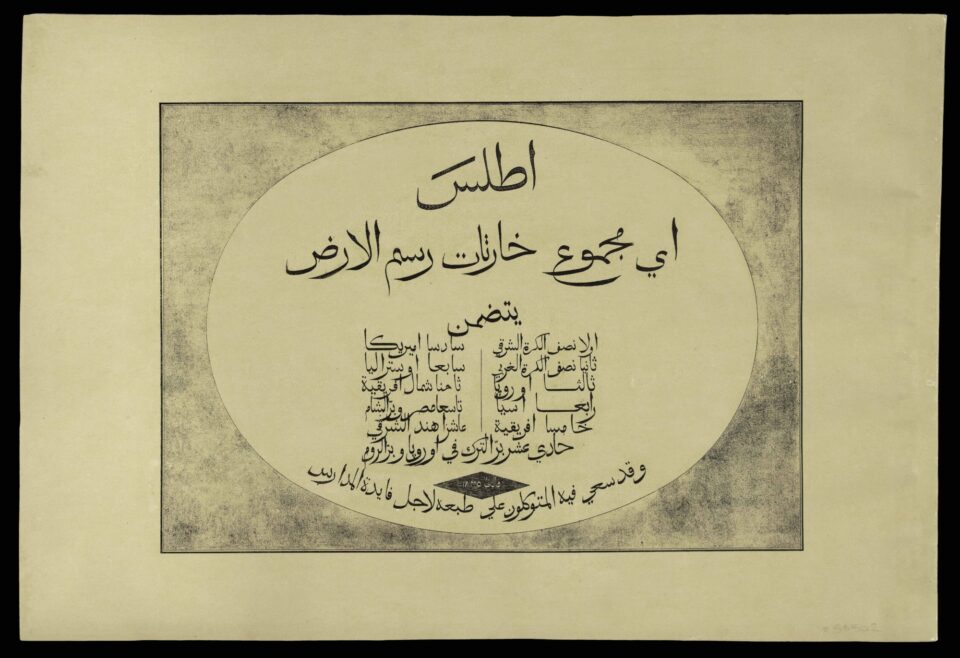 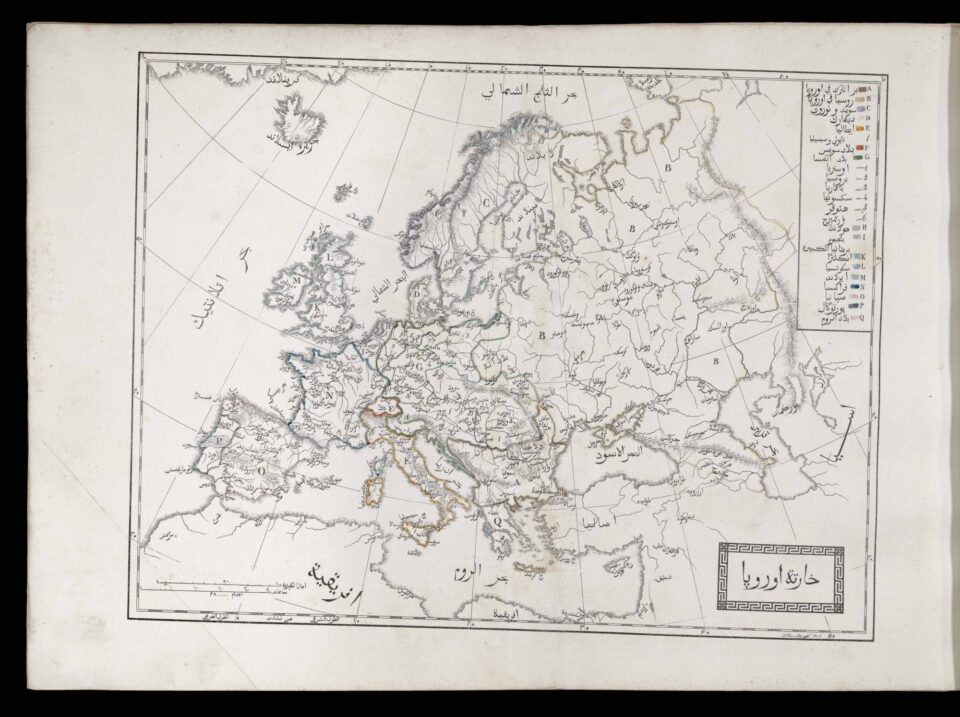 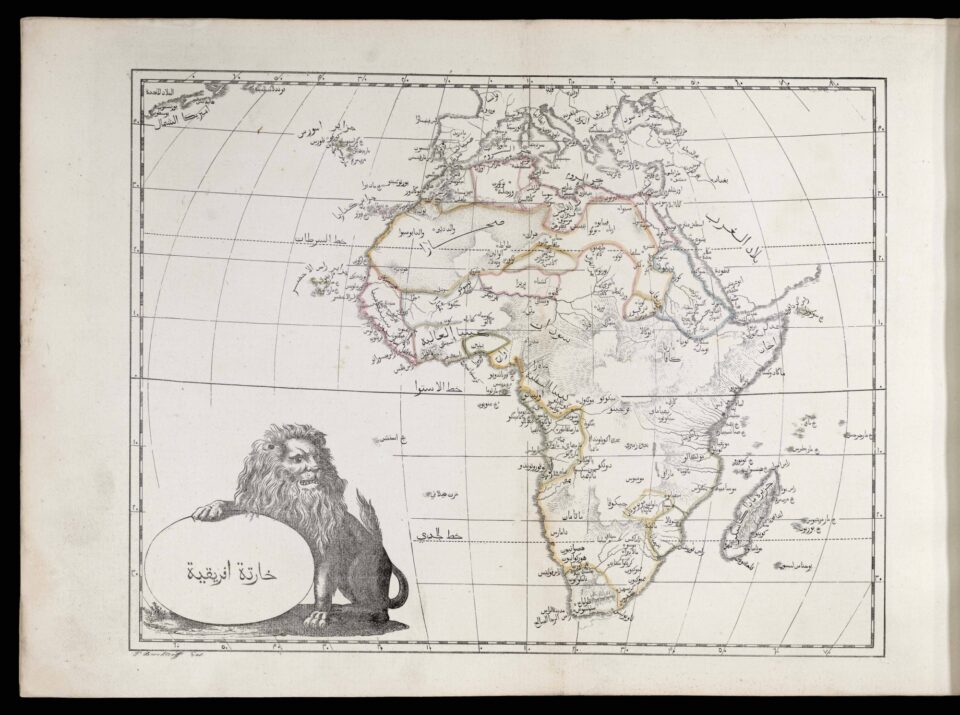 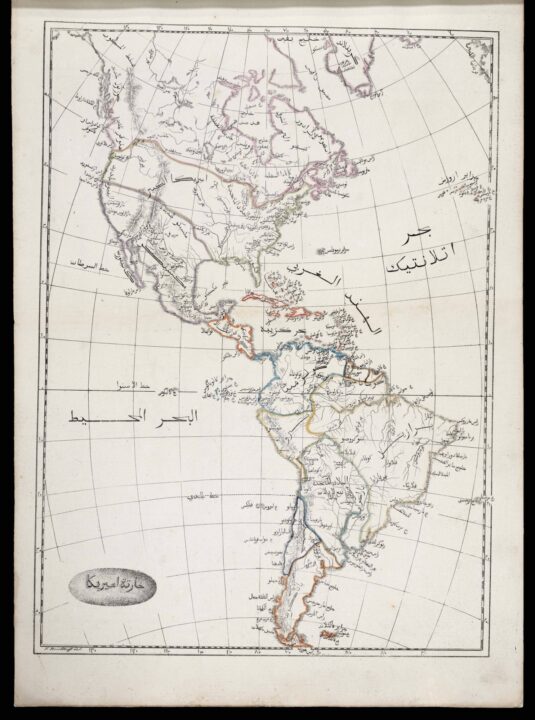 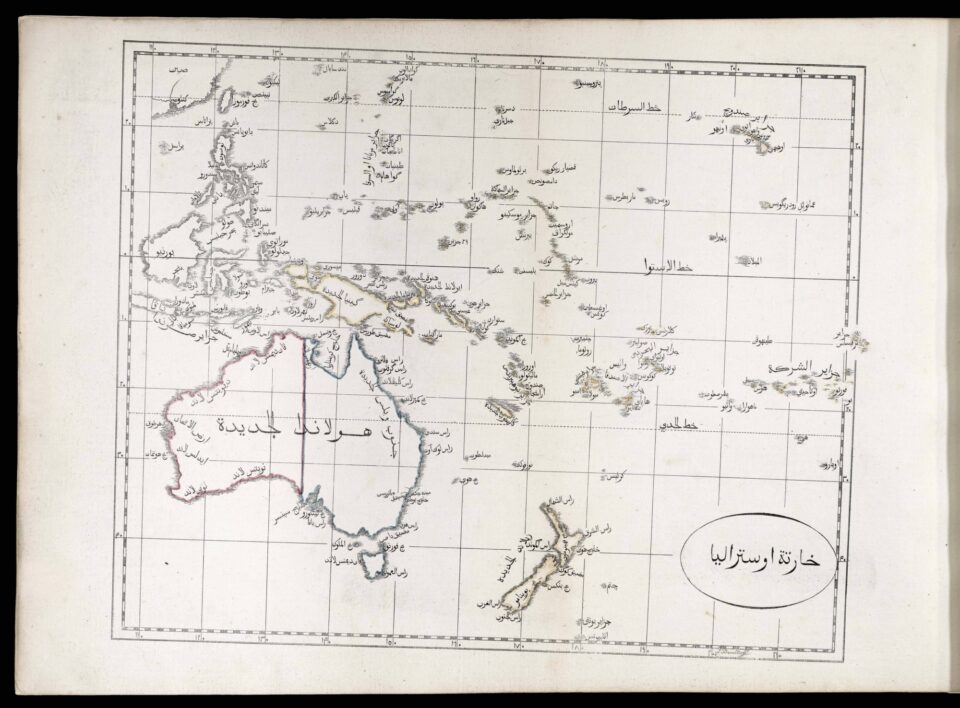 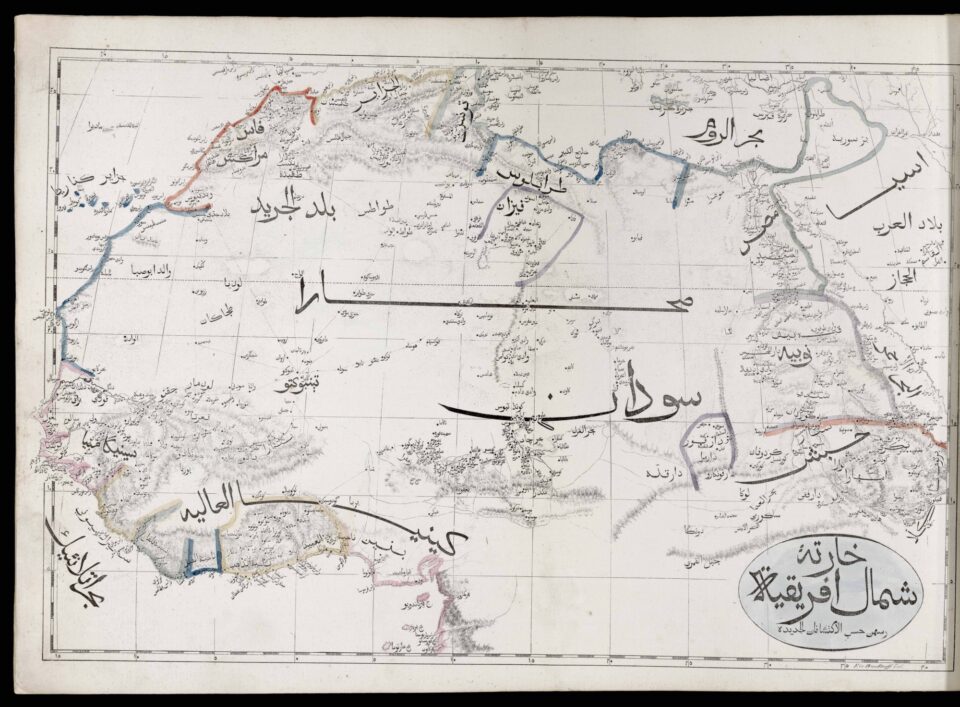 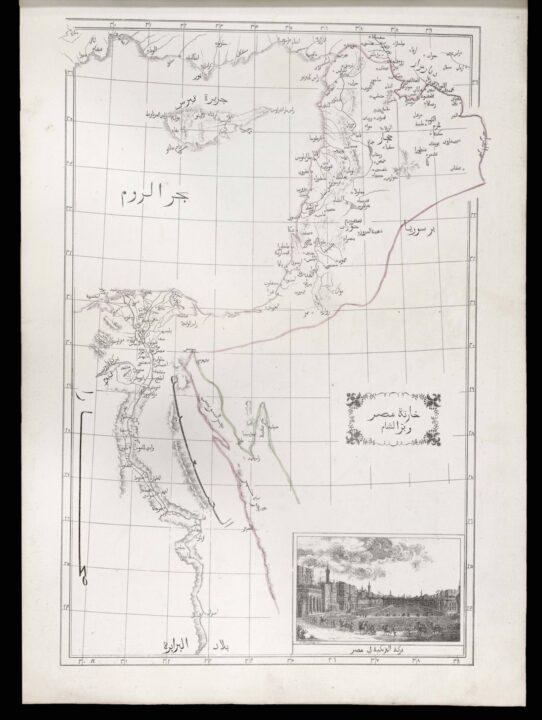