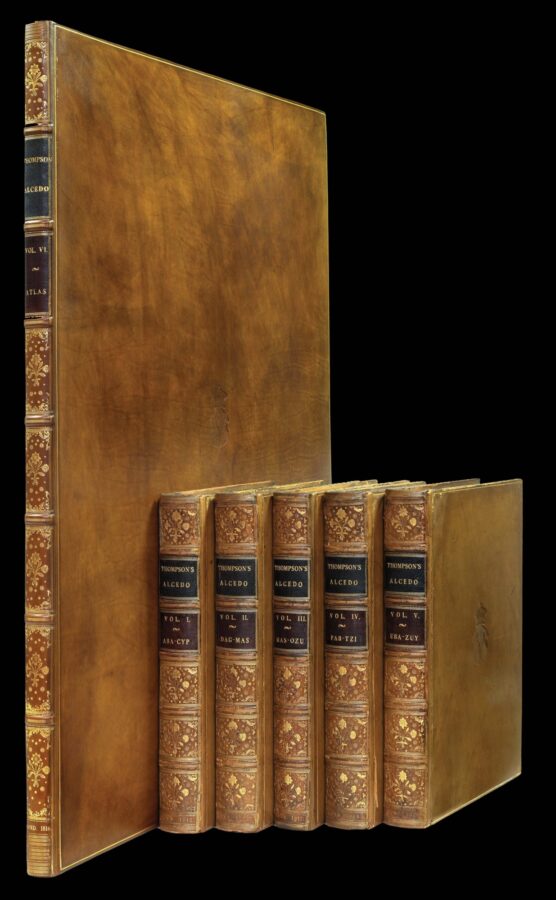 The Earl of Lonsdale’s copy of Thompson’s Alcedo

Atlas to Thompson’s Alcedo; or Dictionary of America & West Indies; collated with all the most recent authorities and composed chiefly from scarce and original documents, for that work, by A. Arrowsmith, Hydrographer to His Royal Highness the Prince Regent [with] The Geographical and Historical Dictionary of America and the West Indies, Containing an Entire Translation of the Spanish work of Colonel Don Antonio de Lacedo… with large additions and complications.…

The Londsdale copy of the most important printed atlas of the Americas of its time, containing foundation wall maps of the region by the greatest British cartographer of his generation. The atlas is accompanied by a lovely first edition set of the text of Thompson’s translation and expansion of Alcedo’s classic work on the Americas.

​“Aaron Arrowsmith, Hydrographer to the King of England and Geographer to the Prince of Wales, was the most influential and espected map publisher of the first quarter of the nineteenth century.… His role in cartographic production was to gather the best information available from a wide variety of sources, weigh the relative merits of conflicting data, and compile from this the most accurate depiction possible of an area. Arrowsmith accomplished this synthesis better than any other commercial map maker of his day and, as a result, his maps were the most sought after and highly prized on three continents” (Martin and Martin).

Arrowsmith specialized in large multi-sheet maps. These were generally separately issued and are now very scarce. His five great wall maps of the Americas were particularly well received and became ​“foundation or prototype maps of the area and were extensively copied by other publishers” (Tooley). These five wall maps were of North America (first published in 1795), the United States (1796), the West Indies (1803), Mexico (1810), and South America (1810). They were generally republished many times, as new information became available. Thomas Jefferson considered the 1803 edition the best map of the continent in print at the time, and it was used extensively in planning Lewis and Clark’s expedition (1805–06). Likewise, the 1814 edition of North America (offered here) was the first map to make use of Lewis and Clark’s map of the same year, and the first to combine Lewis and Clark and Zebulon Pike’s data onto one map.


Bookplate and coat of arms of Hugh Cecil Lowther (1857–1944), 5th Earl of Lonsdale. Lowther was an English nobleman, sportsman and playboy. The second son of Henry Lowther, 3rd Earl of Lonsdale, he succeeded his brother, St George Lowther, 4th Earl of Lonsdale, in 1882 and inherited an substantial fortune. After the scandal of an affair with the actress Violet Cameron Lonsdale set out in 1888 to explore the Arctic regions of Canada as far north as Melville Island, nearly dying before reaching Kodiak, Alaska in 1889 and returning to England. His collection of Inuit artefacts that he assembled during his explorations in Alaska and north-west Canada at this time is now in the British Museum.

Legend has it that Lonsdale was one side of the famous and staggeringly large £21,000 wager with John Pierpont Morgan over whether a man could circumnavigate the globe and remain unidentified. The subject of the wager, an investor by the name of Harry Bensley (1876–1956) undertook to circumnavigate the globe in a particular order subject to a bizarre array of conditions and wearing a 2kg iron mask from a suit of armour and pushing a baby carriage at all times. It would appear that Bensley failed to complete his expedition, although it is unclear as to whether this was due to the death of JP Morgan in 1913, or the outbreak of the First World War the following year. 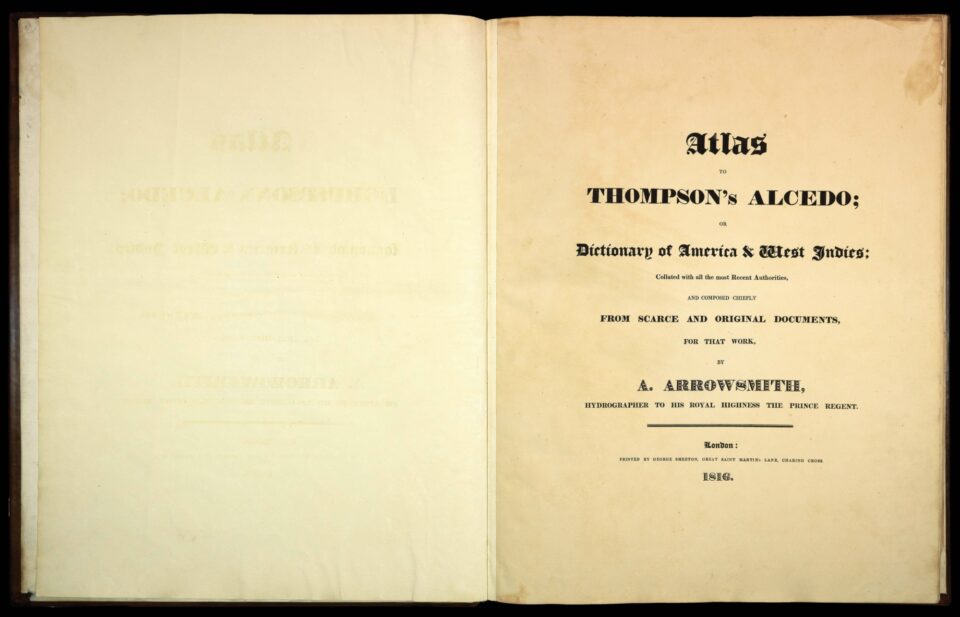 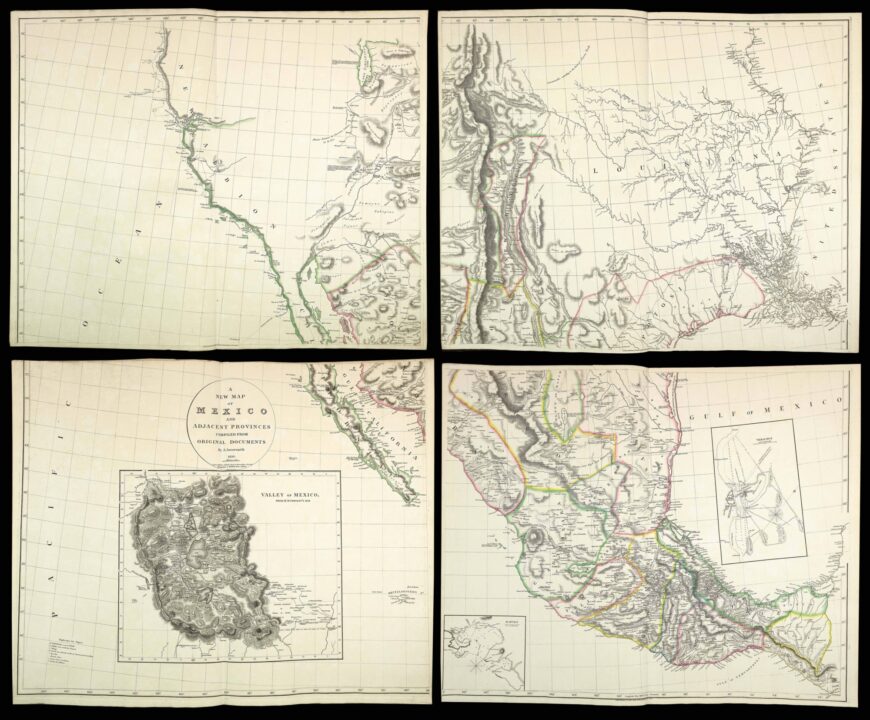 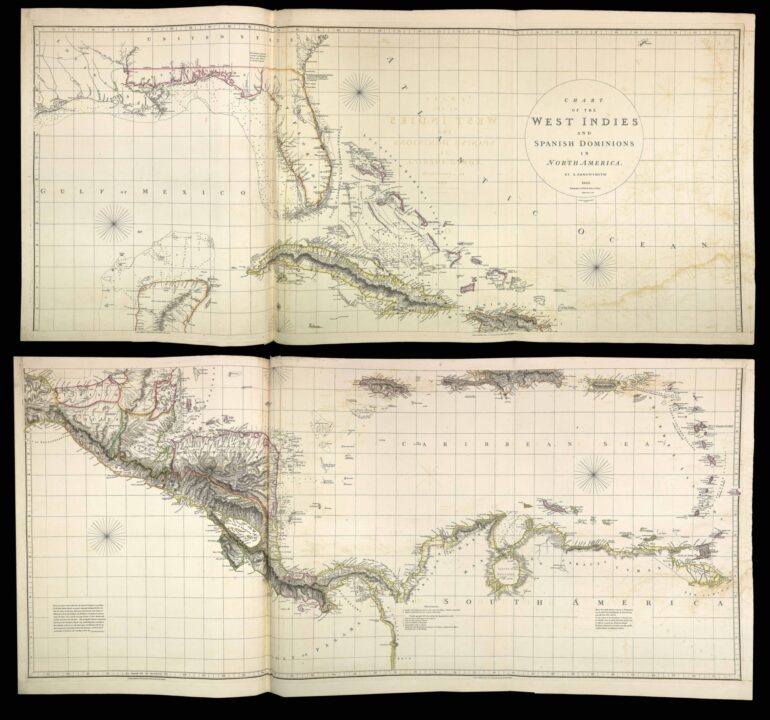 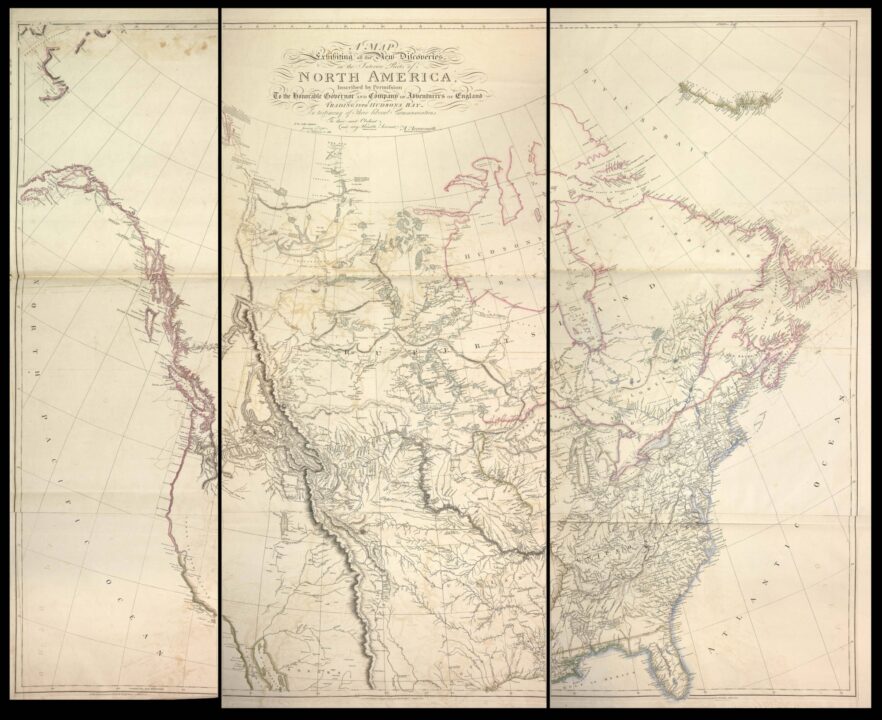 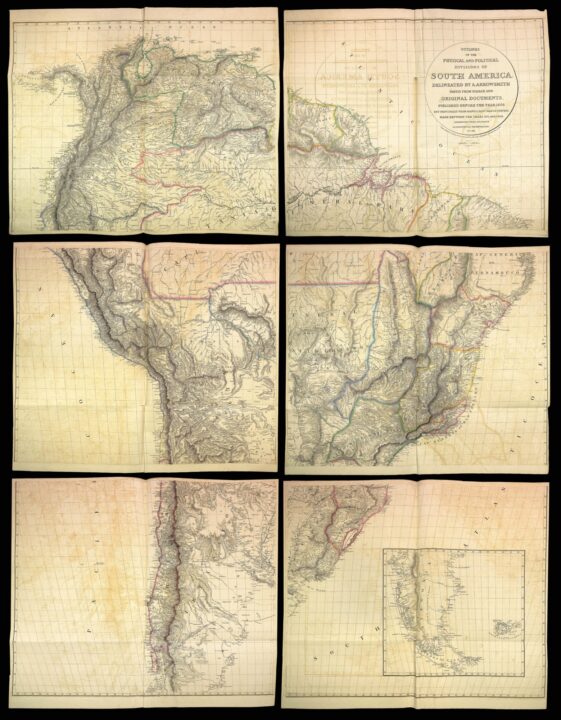