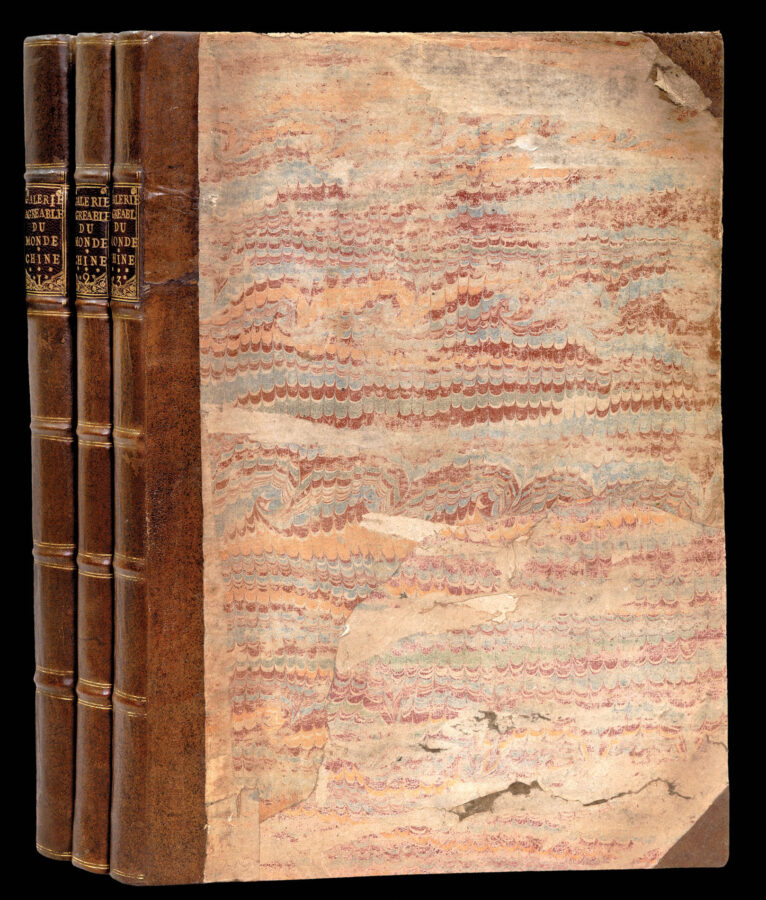 When Pieter van der Aa published his ​‘La Galérie Agréable du Monde’ in 1728, he was at the end of a long and distinguished publishing career. In 1677, he opened his own bookshop and publishing house at the age of 18, selling mainly academic and scholarly texts. He gradually broadened his publishing scope and by the turn of the eighteenth century had moved into the publication of works on travel and topography. These included composite atlases, a series of geographical descriptions of European countries, and, most important, the ​‘Naauwkeurgie versameling der gedenk-waardigste zee- en landreysen…’, a remarkable collection of 127 accounts of travels to the East and West Indies. He was also involved in other monumental works including the ​‘Opera omnia’ of Erasmus edited by Jean Leclerc, and three multi-volume surveys of the antiquities of the classical world. It was the production of such scholarly texts that earned him the post of printer to both the town and university of Leiden. In 1729, after a career spanning over 50 years, van der Aa sold his working library of nearly 11000 items at auction. As well as the auction, Van der Aa also explored ways in which to dispose of his vast print collection, and landed on the idea of a huge multi-volume work, the largest in his publishing history; thus the La Galérie agréable du monde was born.

The great work was made up of 66 parts, and although it professed to cover the entire world, it was due to the quantity of European material in Van der Aa’s stock, somewhat Eurocentric, that 47 of the 66 parts cover Europe. The plates generally consist of views, maps, and street plans, with some plates depicting native dress. Of the volumes covering foreign parts, as in the present example, there are a great many plates covering religious ceremonies, customs, as well as exotic flora and fauna.

What the work shows is the collected graphic knowledge of one of, if not the, leading European publisher of his day. The plates in the three China volumes show numerous panoramas of the principle cities including Beijing, Nanjing, Guangdong, and Tianjin; costume plates, views of the Forbidden City, Pagodas, Chinese gods, Buddhist temples, numerous Mandarins, the Dutch ambassador’s mission to China, flags, court ceremonies, funeral rites, animals, cormorant fishing, Chinese ships, and fireworks. 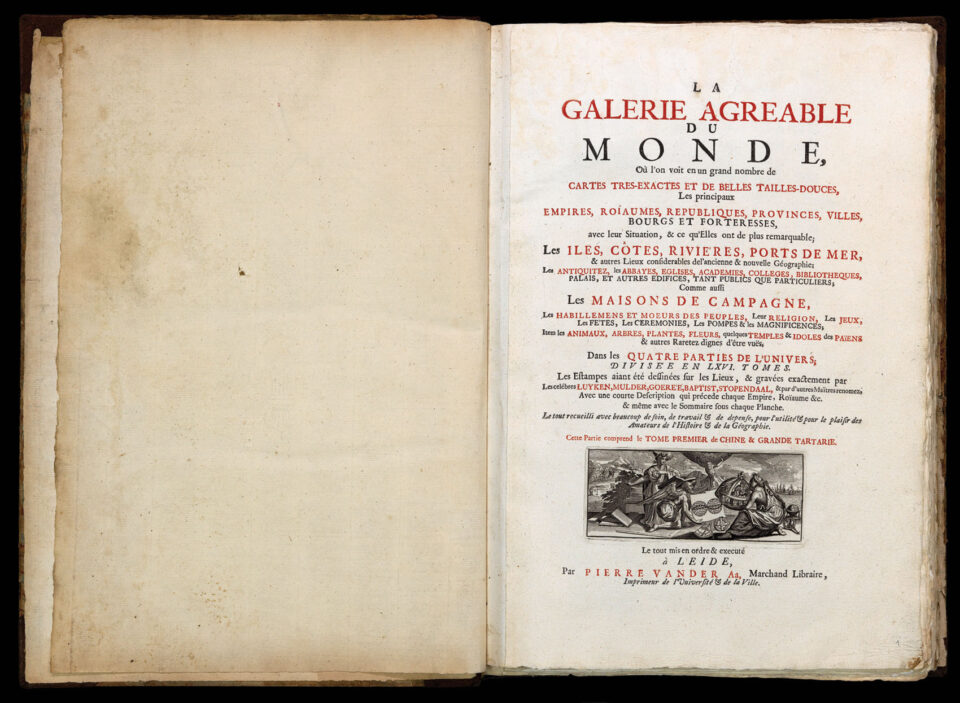 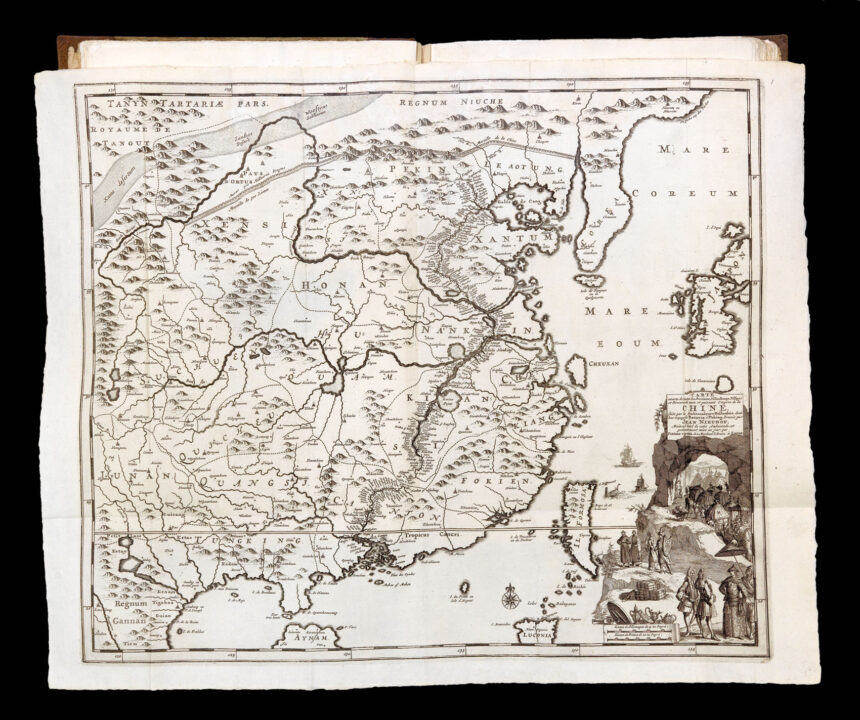 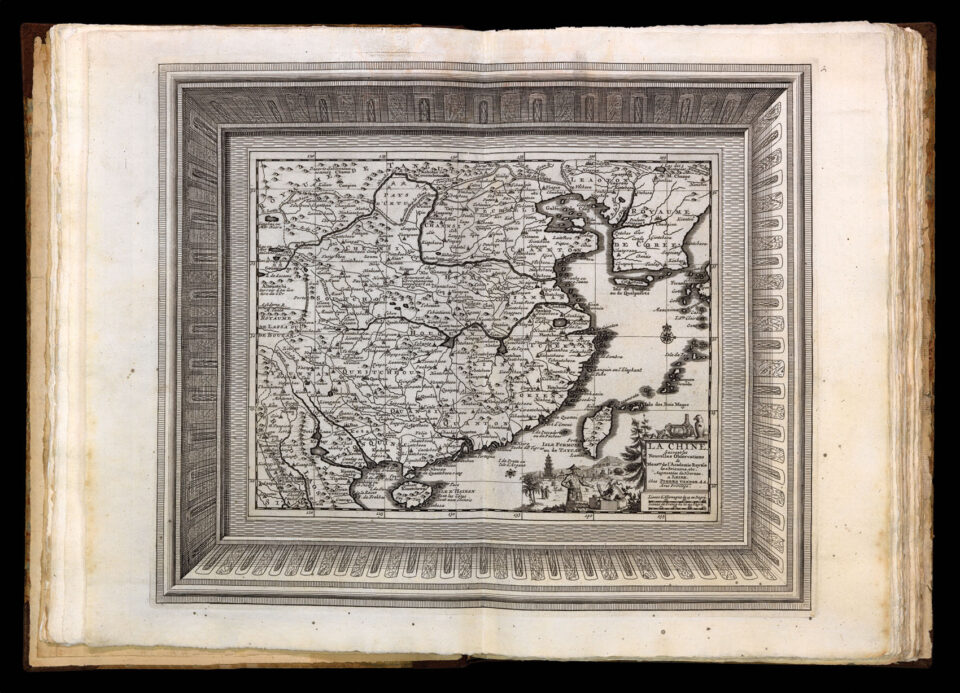 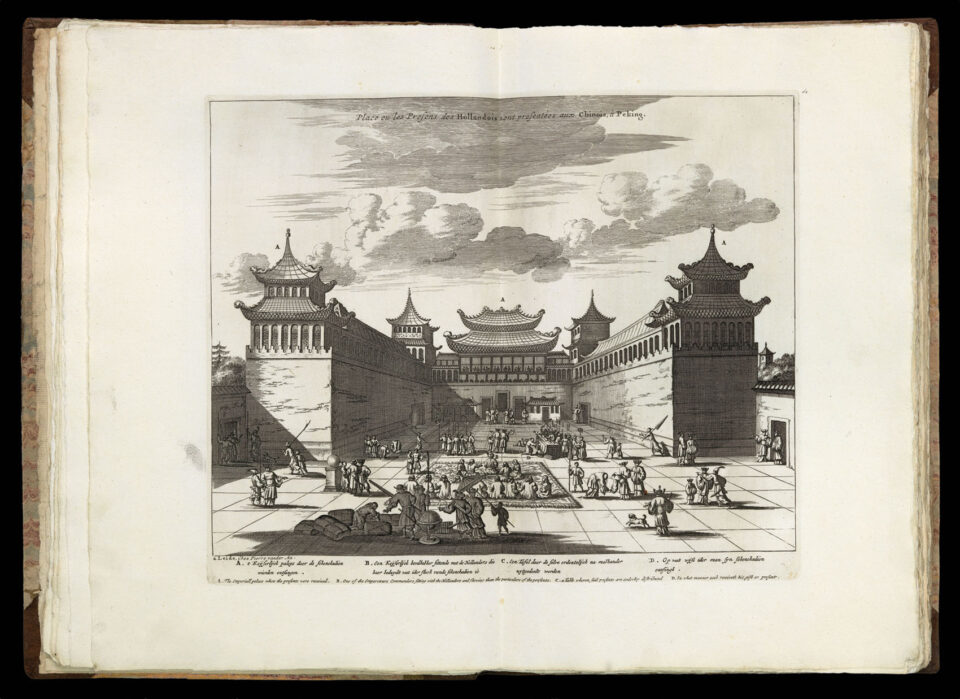 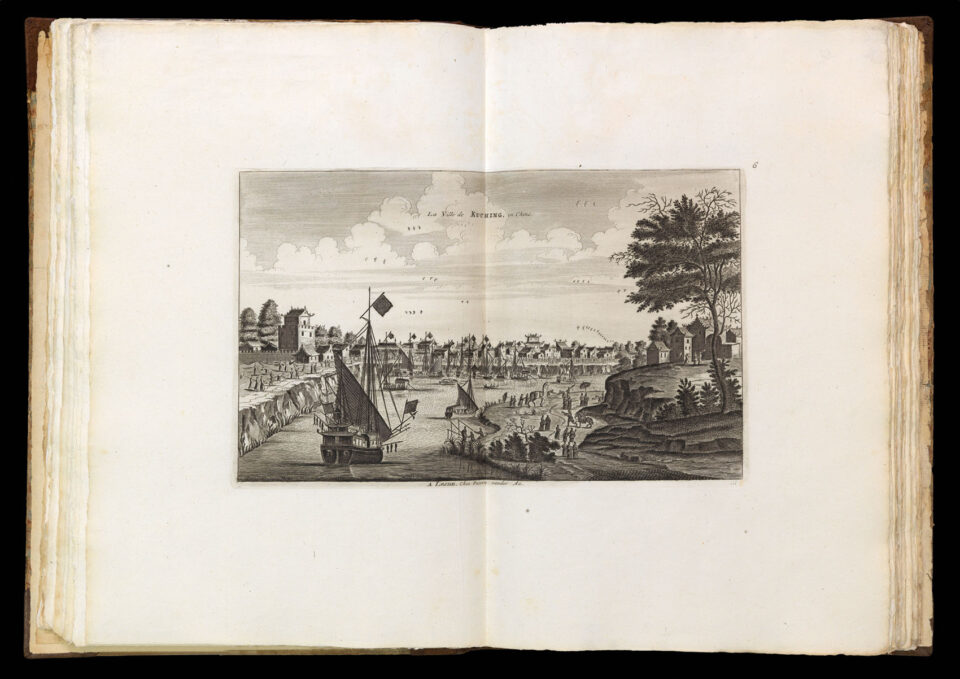 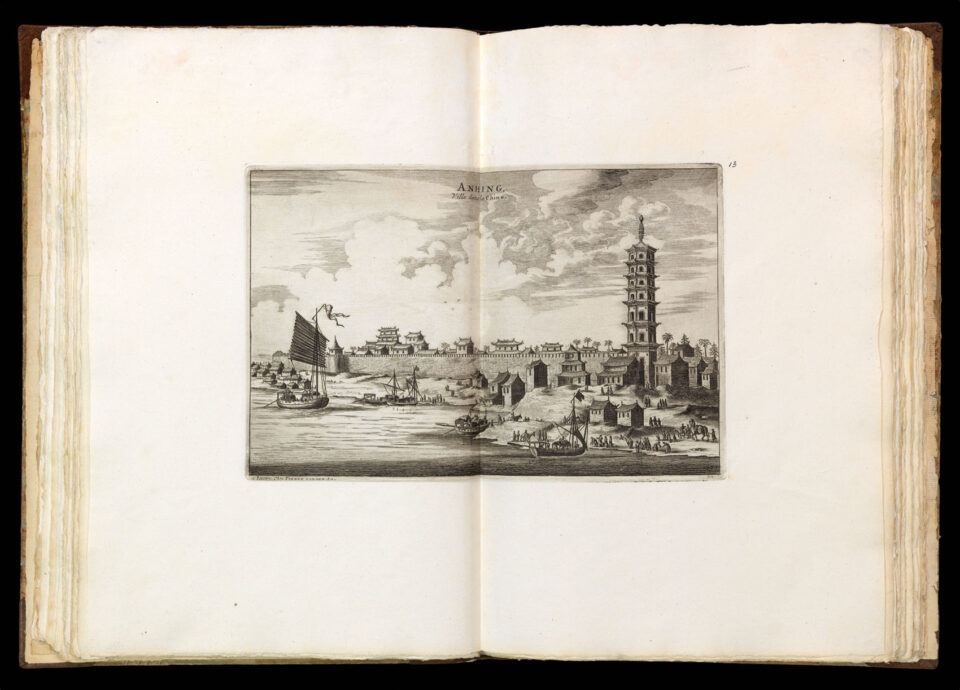