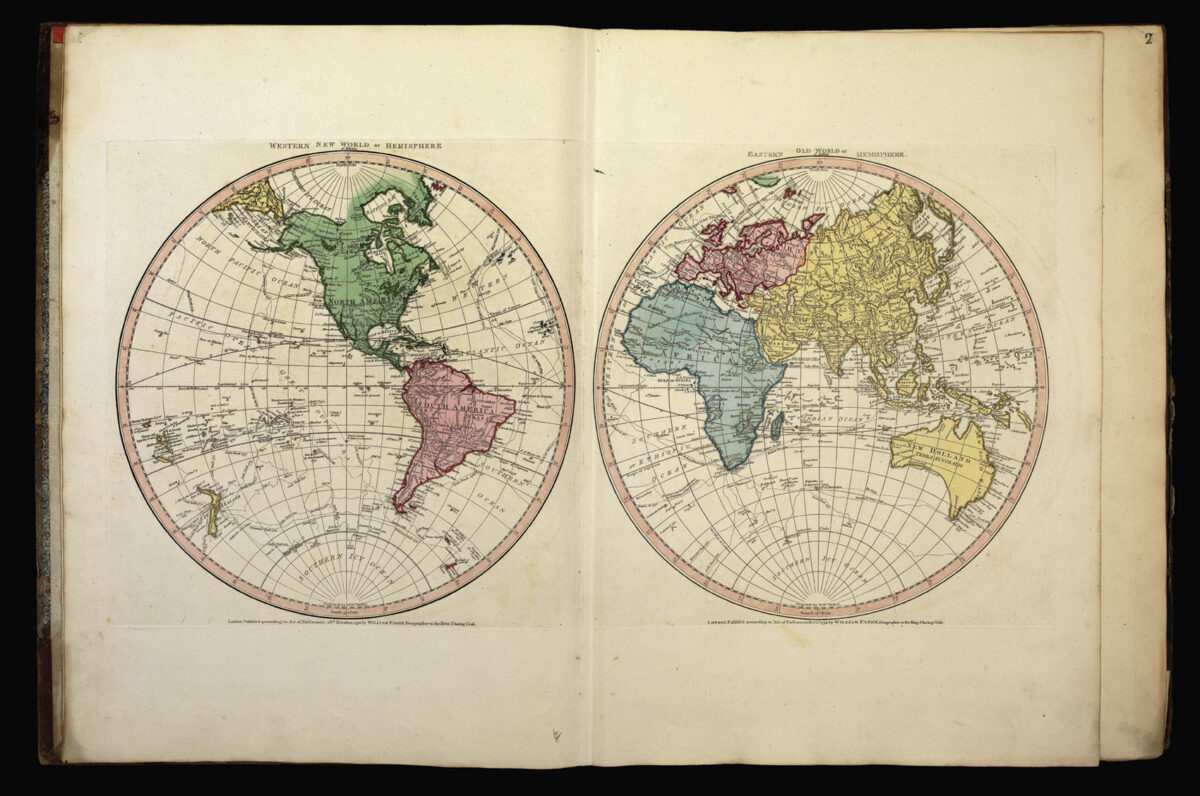 The best British mapmakers of the late eighteenth century

A composite atlas, including maps by the best British mapmakers of the late eighteenth century, the majority by William Faden, three published by Henry Carington Bowles and Samuel Carver, and three by Robert Laurie and James Whittle (one in conjunction with Bowles & Carver). Most of the Faden maps have clearly been coloured by the same hand.

The atlas covers mainly western Europe and the Mediterranean. Interestingly, a map of Brunswick-Luneberg has been included. Before George I came to the British throne, the Hanoverian dynasty were electors of Brunswick-Luneberg, and continued to hold the title alongside the British crown. His new subjects were interested in his other territories, and the division of the monarch’s time between the two was a topic of continual debate.

The non-European maps focus on British interests abroad. For example, there are three maps of India, but none of any other Asian country. The rule of the East India Company in Bengal began in 1757 and by the late eighteenth century had been extended to large chunks of eastern and southern India. There are three charts of America, including one showing the British territories and two of the Caribbean, highly disputed territory as France, Spain and Great Britain fought and redistributed the colonies of the New World.

William Faden (1750–1836) began his career in cartography after taking over the business of Thomas Jefferys, a highly respected British mapmaker. Initially publishing under the name Faden and Jefferys, he followed his predecessor by specialising in maps of North America, resulting in the publication of a collection of them in the ​‘North American Atlas’ in 1777. Twice honoured by the Royal Society for his work, he became Geographer to the King in 1783, and was chosen in 1801 to create and print the first of the Ordnance survey maps. 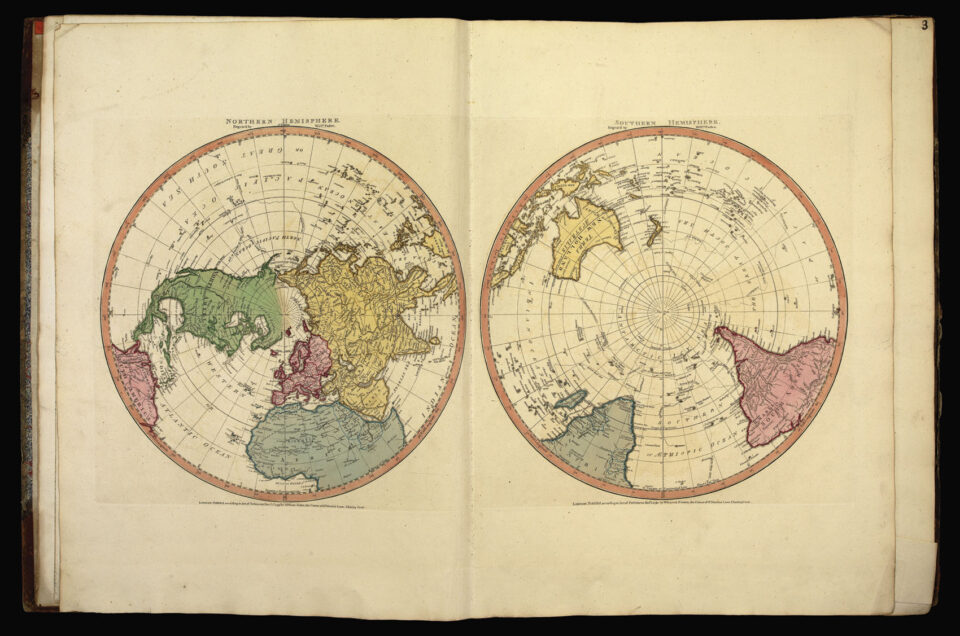 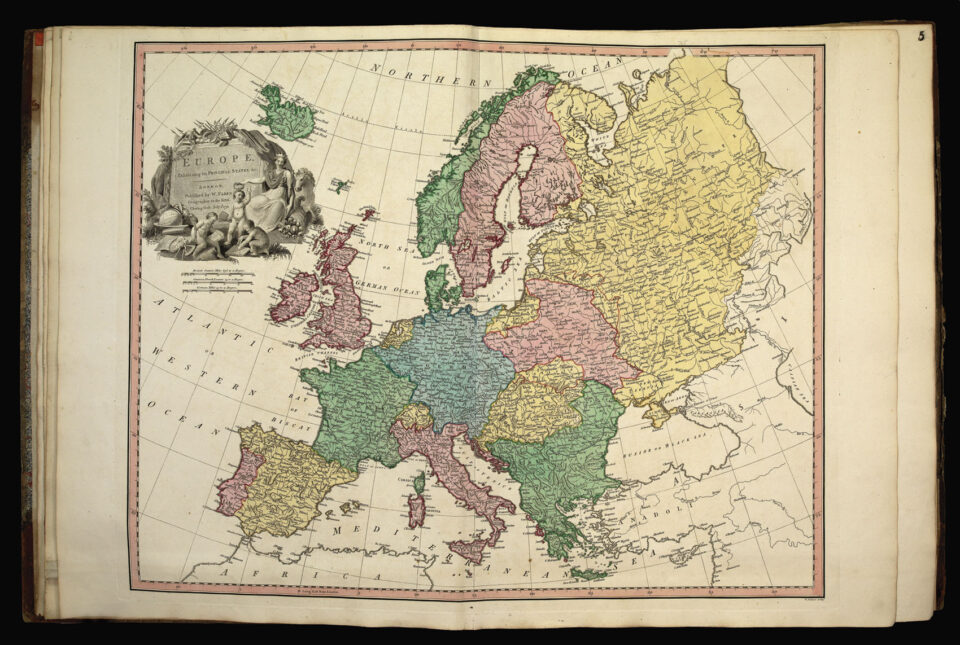 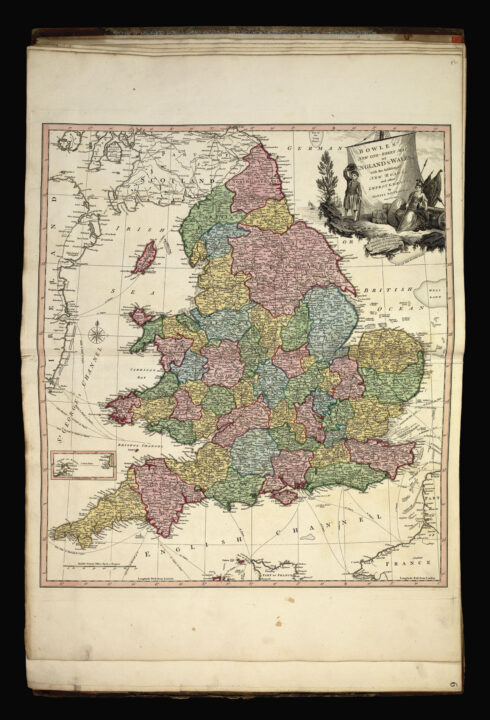