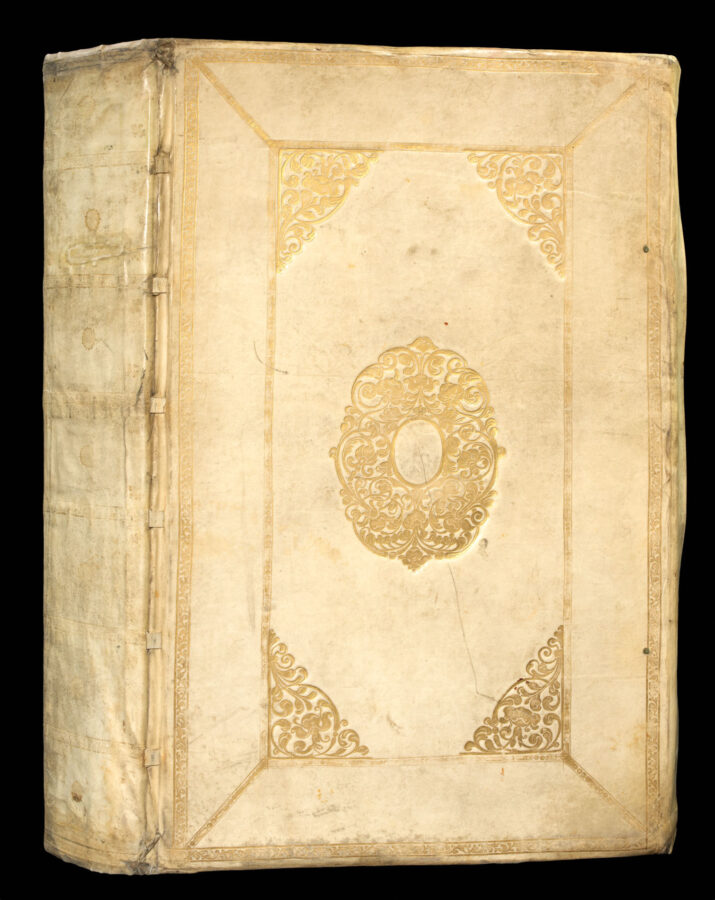 In 1646 Janssonius published his atlas of the British Isles, in response to his great rival Joan Blaeu publishing his atlas of England and Wales in the previous year. The work consisted of 48 maps of England and Wales together with three maps of Scotland, and five of Ireland. Jansson began work on the atlas in around 1640, for which he already had some 18 plates available. In 1644 he published 11 new English county maps in a Dutch appendix to the Atlas: but in spite of this lead his volume was not ready when Blaeu’s appeared in 1645 (without however any maps of Scotland or Ireland).

The majority of the maps in the atlas are based upon John Speed with ten copied from Joan Blaeu. The cartographic features are generally as in Speed’s maps; with hundreds but no roads; Speed’s town plans and symbols for battles are omitted.

The present example bears German text, and is extra illustrated with eight additional maps; a map of Middlesex and Hertfordshire; Yorkshire; and six maps of Scotland and her Islands. The six maps of Scotland (all of which are blank on the verso), were incorporated into Dutch and German examples published in 1659. The last edition of the atlas published before Janssonius’ death in 1664. 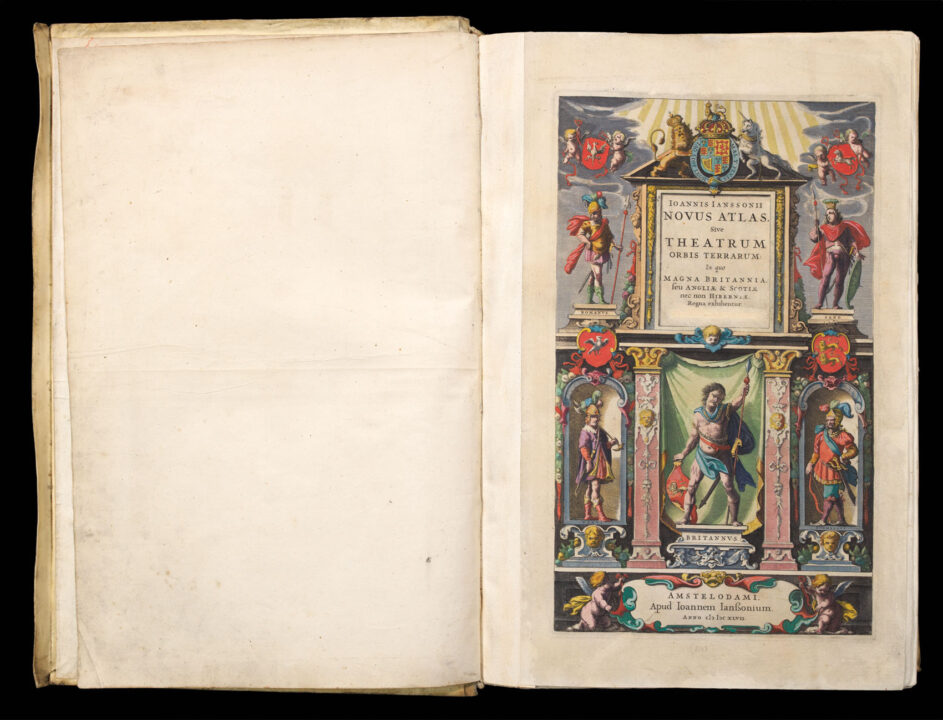 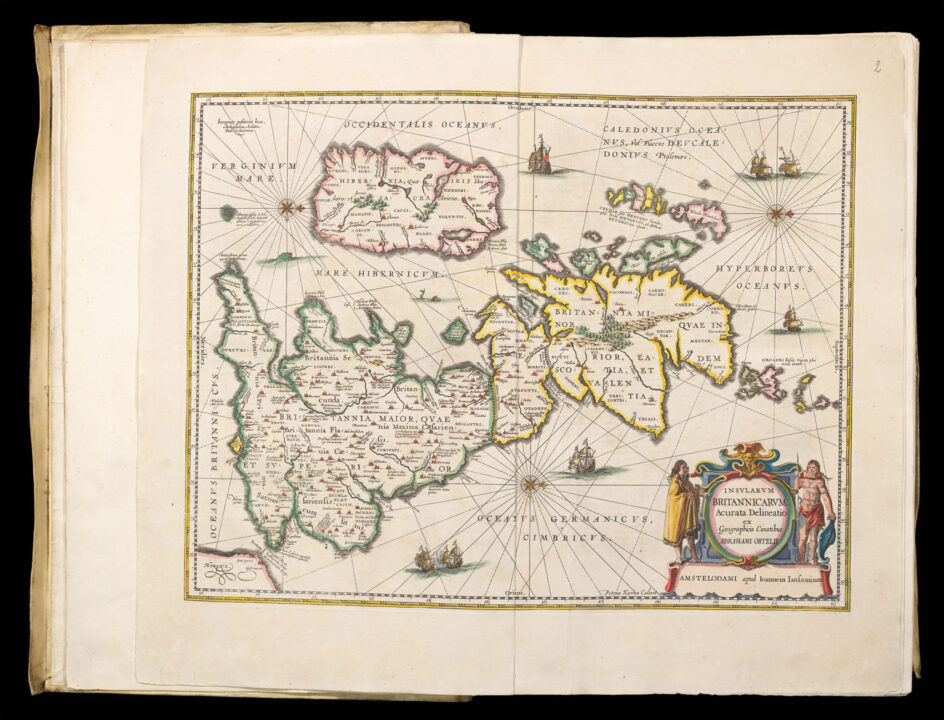 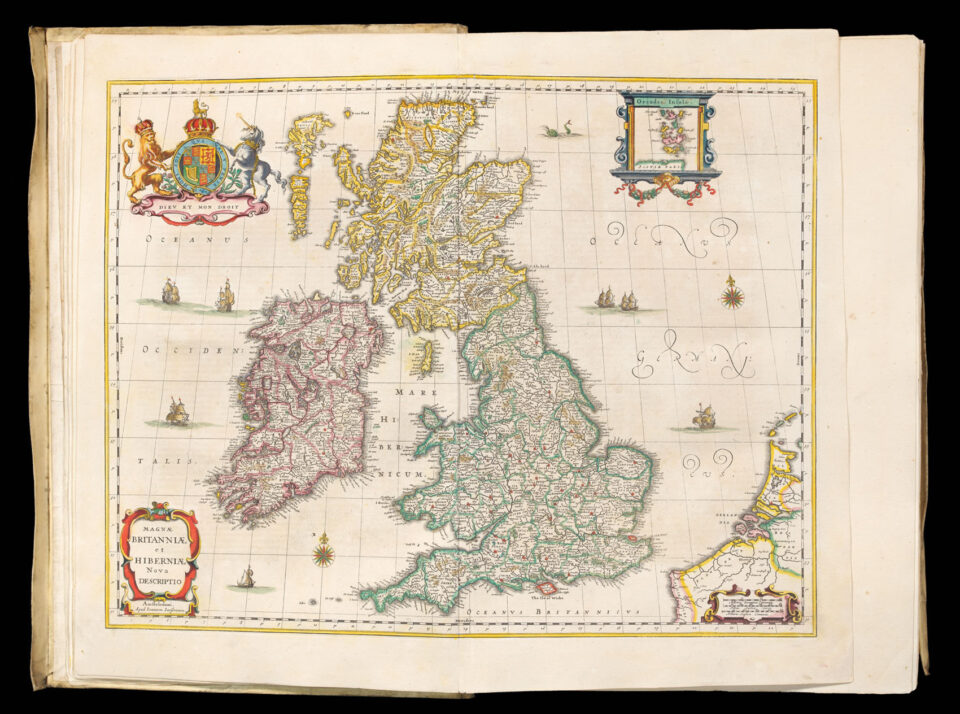 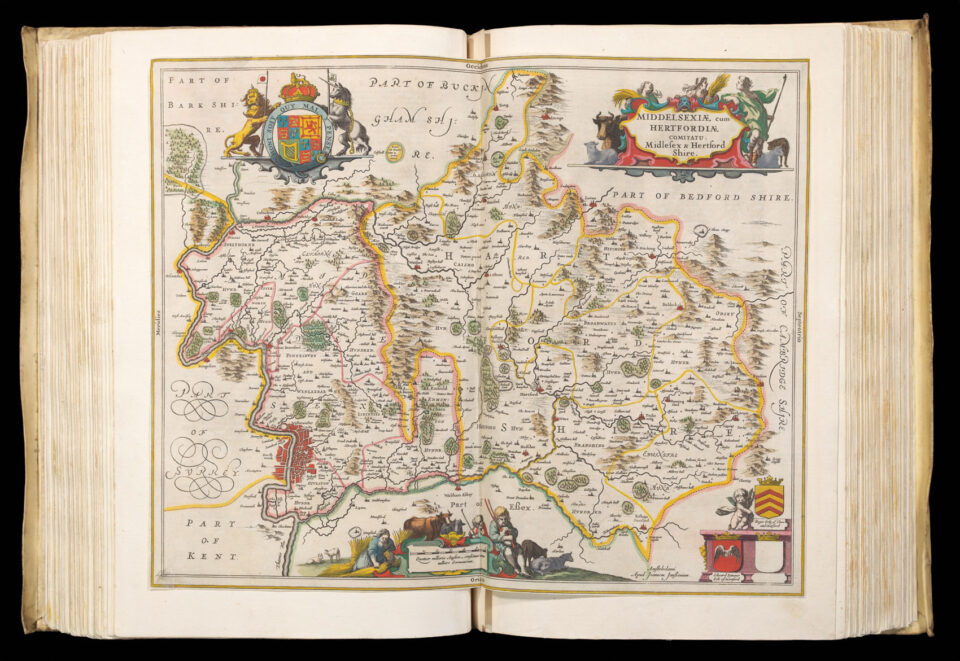 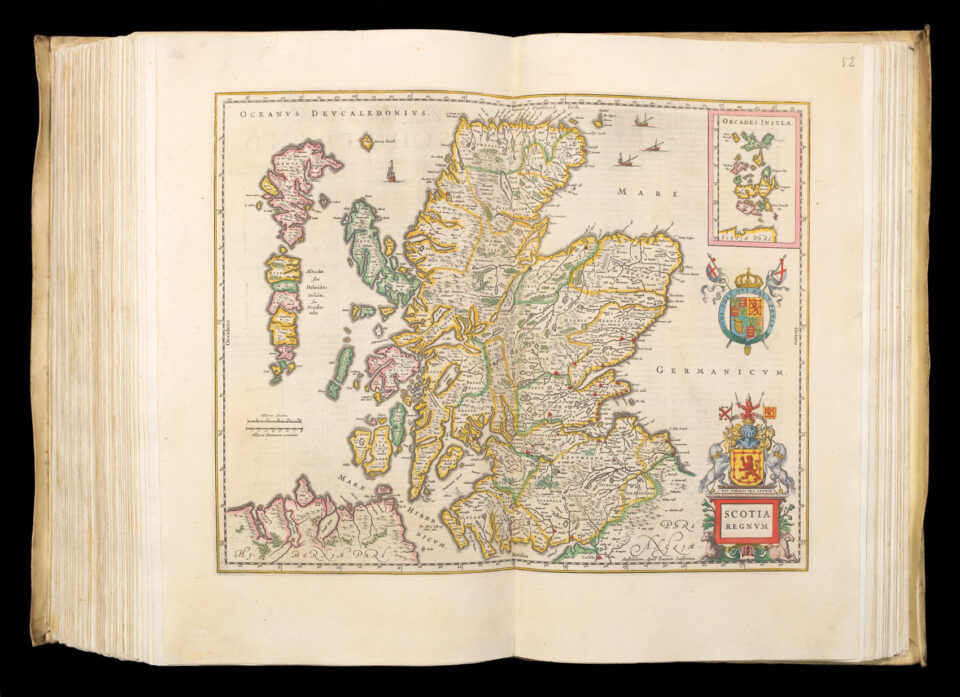