The Coasting Pilot was first advertised in the Term Catalogues for Hilary Term 1672 (licensed on 7 February), at six shillings bound, the announcement also referring to the Second Book of the English Pilot; there are also later advertisements in the London Gazette. The Term Catalogues’ advertisement seems to have been an opportunistic announcement referring, as it does, to the Pilot as being ​“Published for the better security of his Majesties Royal Navy in this present Expedition”.

Although, in terms of the charts, the Coasting Pilot is not an original publication, the suite of English charts (British Isles, North Sea, southern North Sea, Thames Estuary and Rivers Tyne and Humber), combined with the text, and textual illustration are a significant improvement on existing charting of England’s east coast, and paved the way for Greenville Collins’s Great Britain’s Coasting Pilot, some twenty years later. Indeed, were it not for Seller’s continuing financial problems, it seems certain that Seller would have produced just such a volume.

All editions of Seller’s Coast Pilot are rare and — due to Seller’s constant financial problems — composite in nature, with Seller using whatever plates he had to hand at the time of publication. An example housed in the British Library contains 21 charts on 13 map sheets; where as a later edition dated circa 1685 contains 16 charts on 10 mapsheets. Please see below for a full collation: 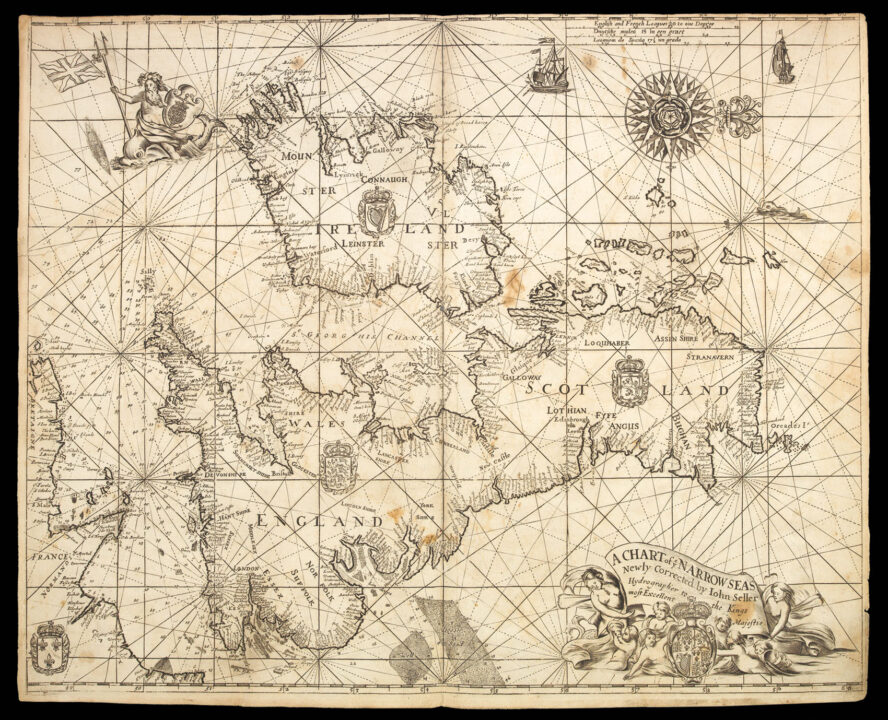 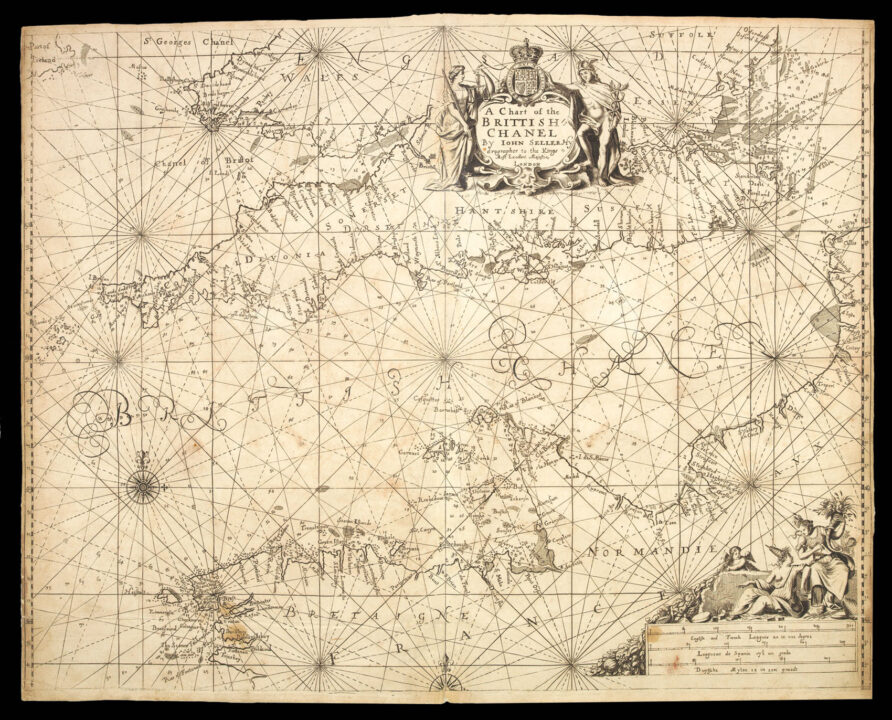