Mount and Page editions of John Seller’s pilots of the Southern and Mediterranean navigations.

That same year, Seller published his first sea atlas, the ​‘English Pilot: The First Book’, covering the northern navigation. In the following few years, Seller would go on to publish the second, third, and fourth books of the ​‘English Pilot’, covering the Southern, Northern, Mediterrarnean, and North American navigations; a ​‘Coasting Pilot’ detailing the coasts of Britain and the Low Countries; and a sea atlas, the ​‘Atlas Maritimus’. Although much of their contents were taken from Dutch works by the likes of Goos, Blaeu, and Janssonius, one has to admire Seller’s sheer industry. This industry, however, was not allied with enough business acumen, and by 1677 a consortium of map publishers – most notably William Fisher and John Thornton – had taken over his business. It would seem that the terms of the rescue were quite harsh, as when the consortium broke up in 1679, Fisher kept the publication rights to the ​‘Atlas Maritimus’ and the ​‘English Pilot the Southern Navigation’, and Thornton received some of Seller’s plates.

By the early 1700s the plates and text of Seller’s various English Pilots had been acquired by the firm of Richard Mount and Thomas Page, who reissued the pilots, with little (and sometimes no revision) until the end of the century. The present pilots are early editions, with the Mediterranean pilot published in 1711. It is not uncommon for two pilots to be bound in one volume — and the present work was evidently used by ships trading from London to the ports in the Mediterranean. 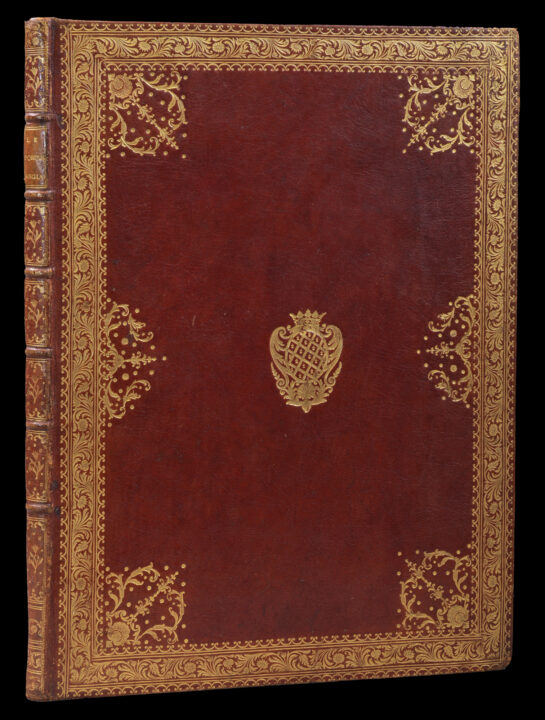 In preparation of an invasion: rare French edition of Greenville Collins’ Pilot in full red morocco