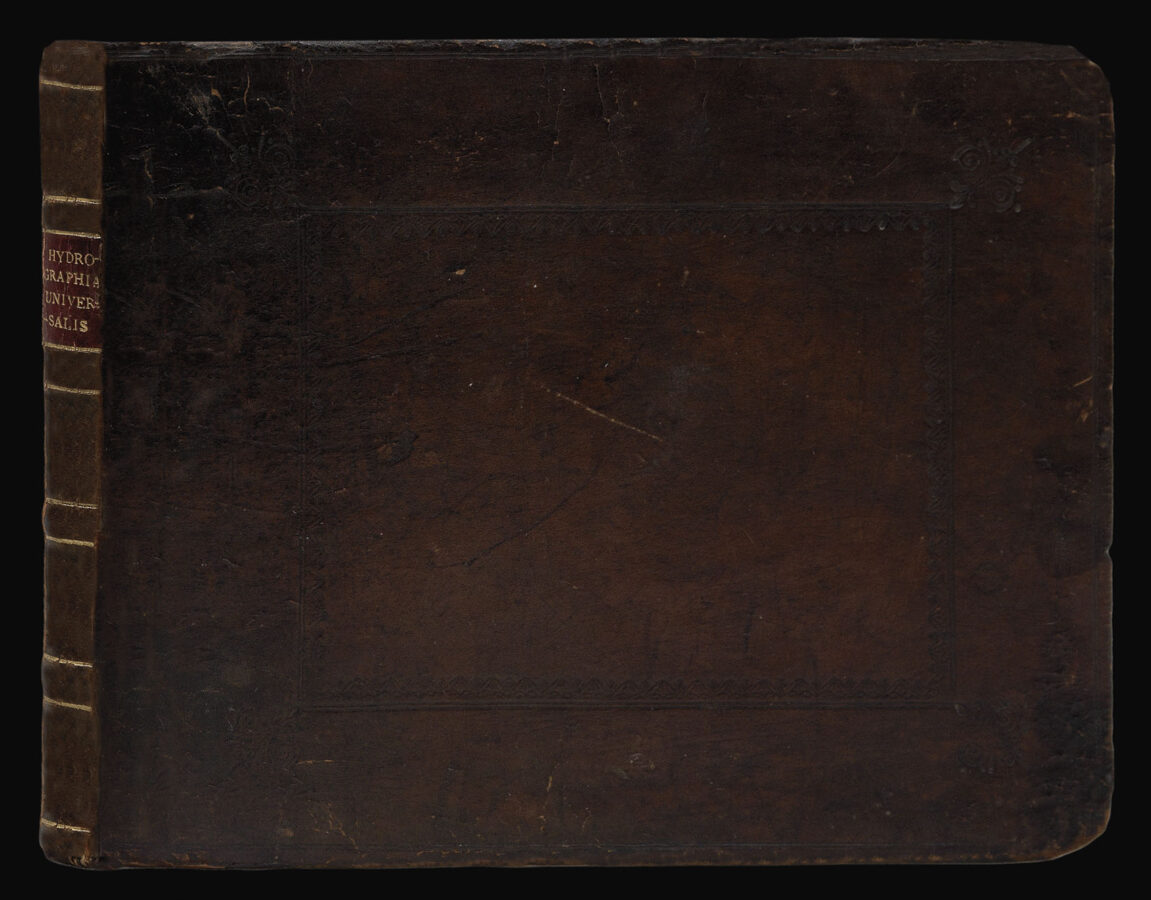 Hydrographia Universalis, or a book of maritime charts.

Following financial difficulties with his folio atlases, Seller turned to producing smaller format atlases which were less costly to publish, like for example the present work; 28 of the maps here were previously produced in Seller’s 1682 Atlas Maritimus; but the present lot also has 3 maps not in either of the British Library copies of the Atlas Maritimus or this title (including one map of Newfoundland). This copy also has seven more maps than the British Library copy of Hydrographia Universalis. In fact of the four other known institutional examples, only the Codrington Library example bear as many maps as the present example.

We are unaware another copy coming up for sale in the last 40 years; and we are only able to trace five institutional examples: The British Library (47 plates), Oxford University Codrington Library (54 plates), Cambridge University Library (52 plates), The Library Company of Philadelphia (52 plates), and the Library of Congress (53 plates). 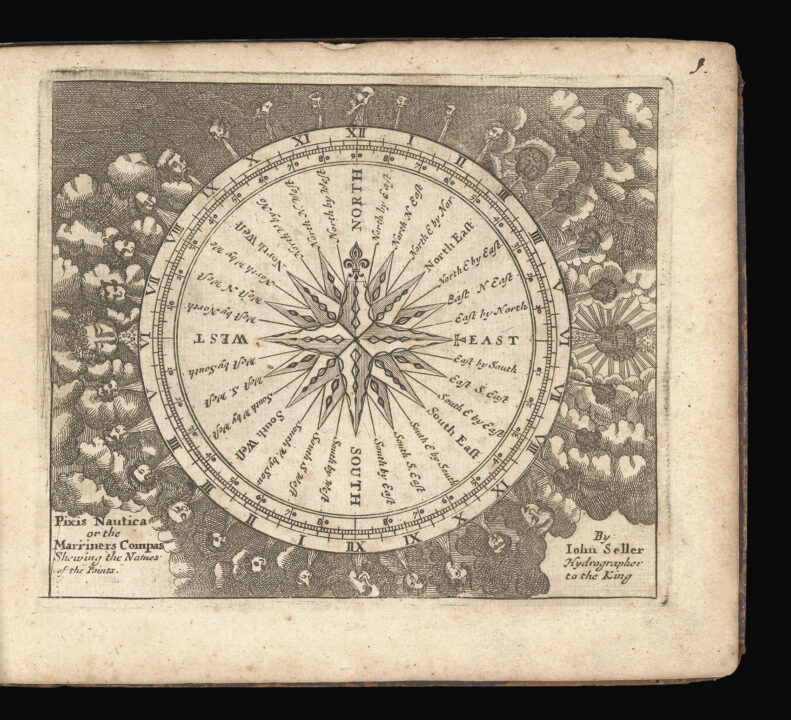 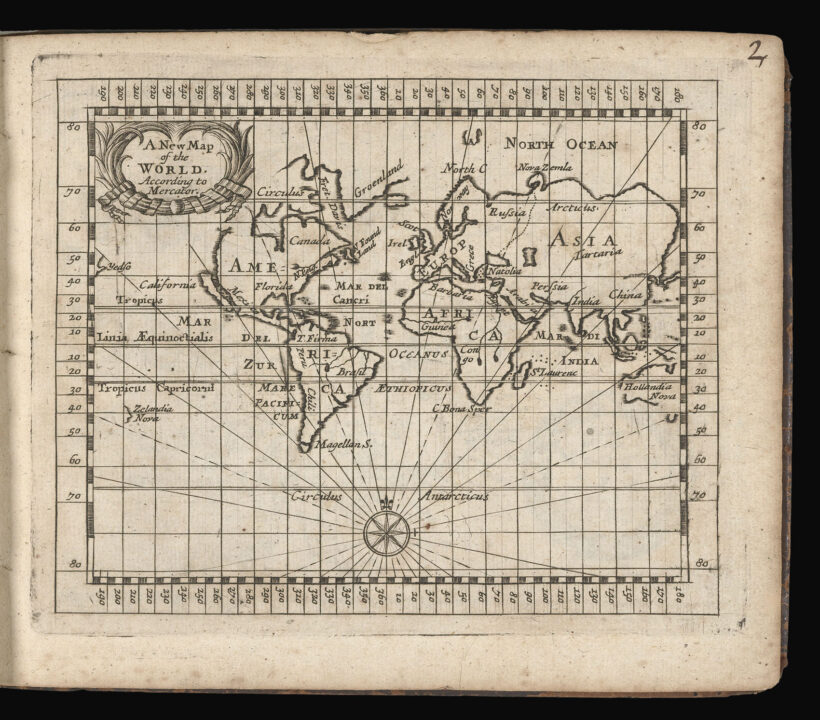 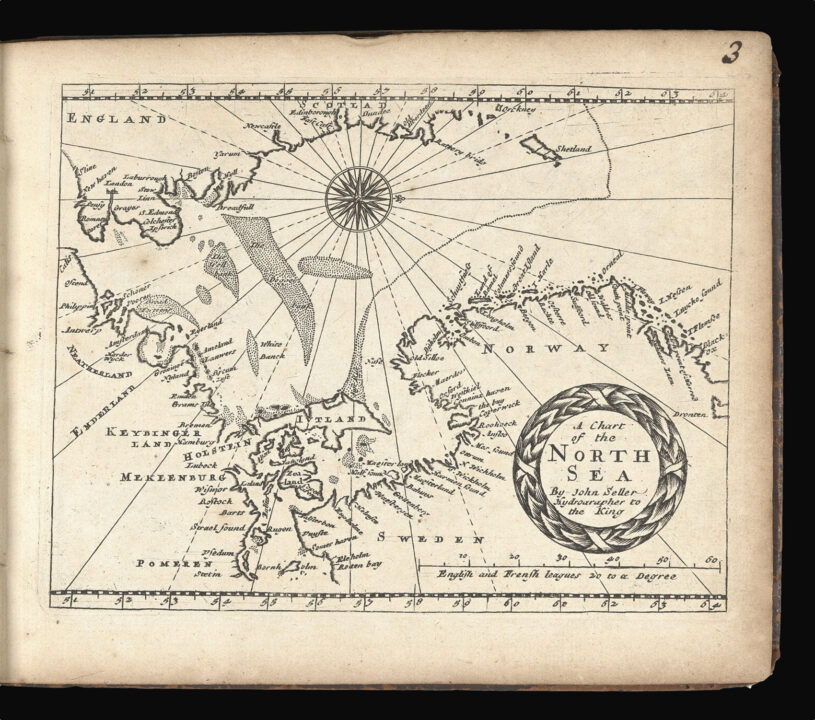 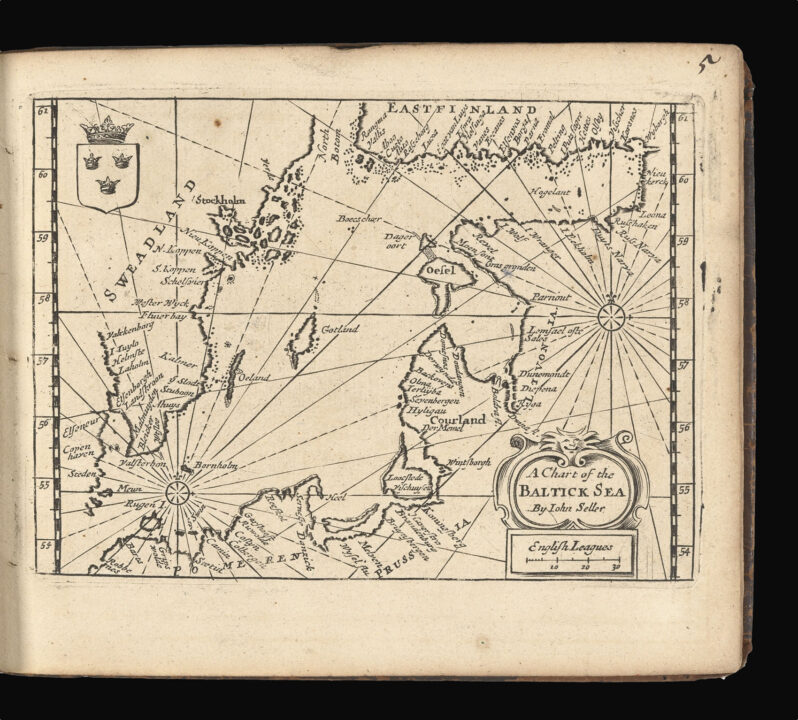