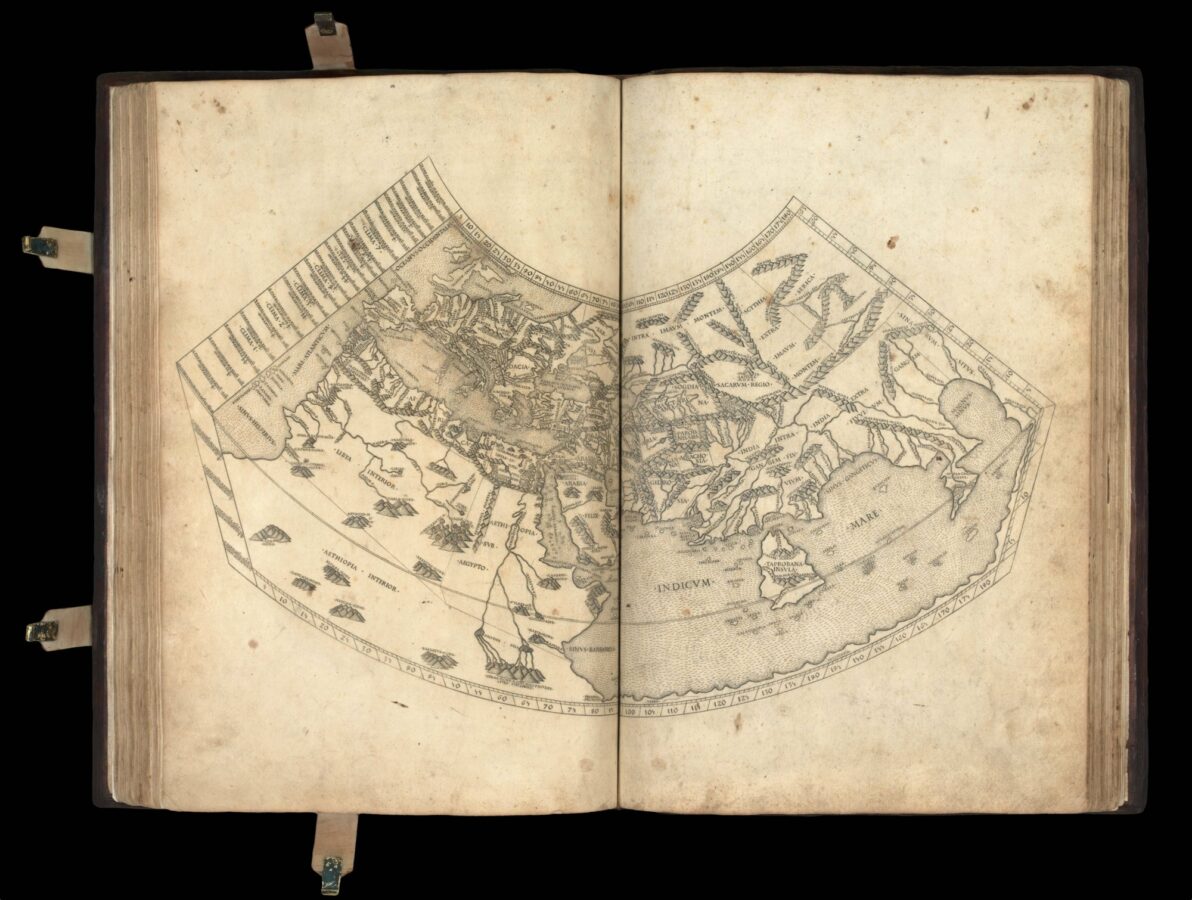 The plates for the Rome editions of Ptolemy were several years in the making, and they are considered to be ​“the finest Ptolemaic plates produced until Gerard Mercator engraved his classical world atlas” a century later (Shirley). They were produced by two German printers, Conrad Sweynheym and Arnold Buckinck, and ​“it is believed that Sweynheym was the one who first thought of applying the very new art of copper-engraving to the printing of maps, and he might have taken a hand in the actual engraving of them himself ” (Scammell). The first edition was printed in 1478, and the present edition was printed 12 years later from the same plates.

While the Bologna edition of 1477 was the first atlas and edition of Ptolemy to use copperplate maps, the Rome edition is generally regarded as superior for its clear captions, accurate projections and overall design. It includes more geographical details, including names in Arabia, in particular. Unusually, the seas are pock-marked. The early Italian Ptolemys, particularly the Rome editions, are ​“superb testimonials of Italian craftsmanship without the picturesque but unscientific monsters of the medieval maps or the addition of the adventitious decoration of later work, relying for their beauty solely on the delicacy of their execution and the fineness of the material employed” (Tooley). As Tooley observes, the maps in the atlas have no external border decorations or co-ordinate lines, relying instead on the clarity of the engraving. 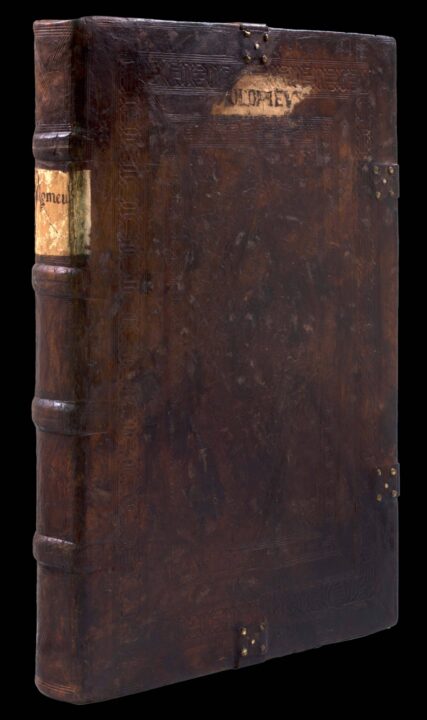 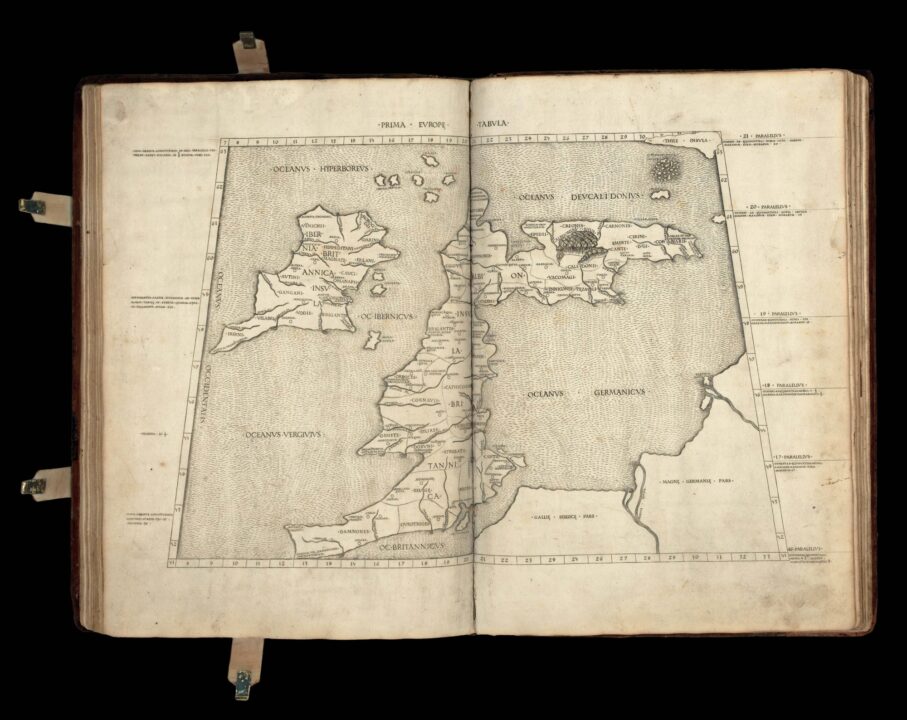 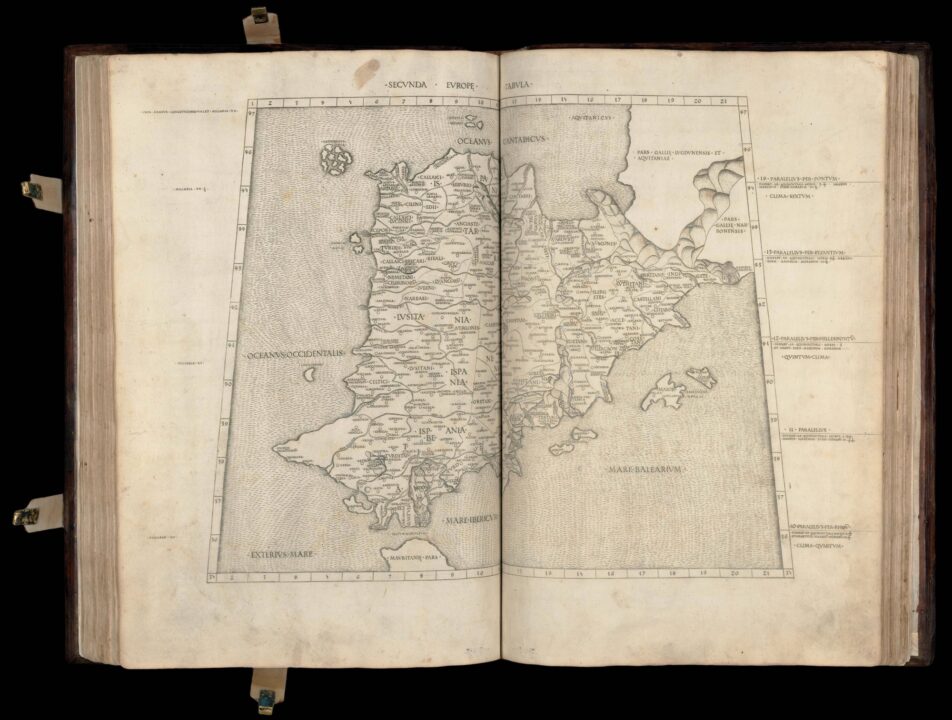 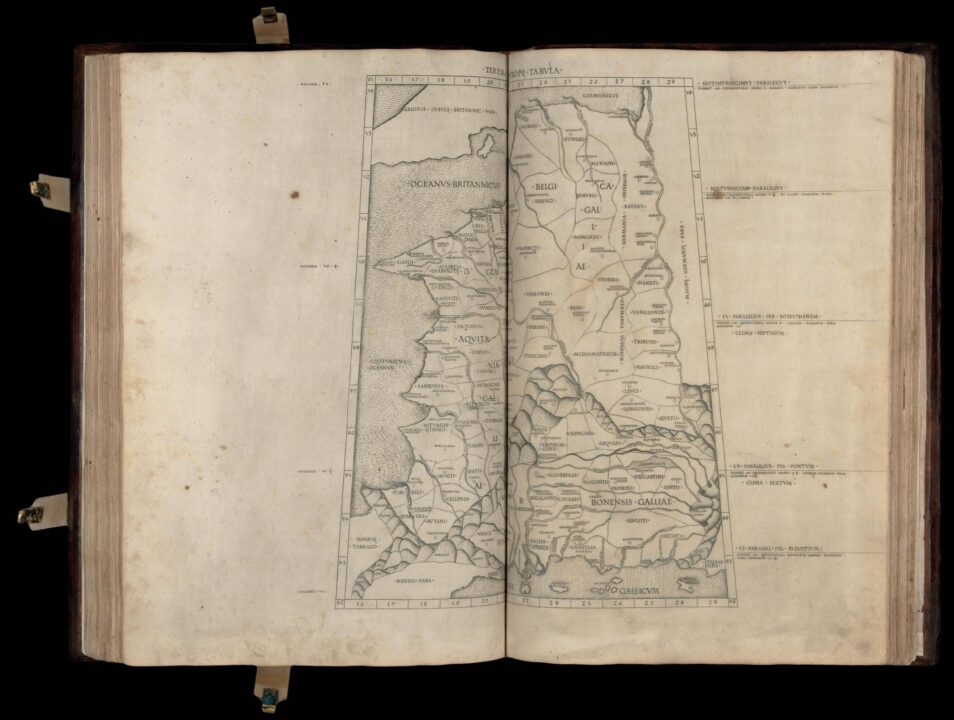