An Atlas of England and Wales

The idea of making a survey of the kingdom and its parts in a consistent format developed in the mid sixteenth century. Although the first English map of Britain by Matthew Paris had appeared in about 1250, it was not until the mid fifteenth century that the principles of mapping were fully understood. The craft of cartography was boosted by the Italian invention of printing maps from copper plates in 1473, while advances in scientific learning helped the Dutch and Flemish to become the masters of map making by the late 1500s: in 1564, Gerard Mercator, the Dutch cartographer, published a detailed map of the British Isles on eight sheets; his friend Abraham Ortelius published a map of the world in 1570. These pioneering maps were made possible thanks to developments in draughtsmanship and surveying. Such techniques emerged in part as a result of the practical needs of military engineers: military surveyors were well able to draft plans and topographical maps to scale by the 1540s. Estate surveys also became increasingly popular as the replacement of open fields with enclosures meant that land boundaries had to be defined. Thus, a large number of treatises on surveying appeared, while military textbooks were published explaining the use of the cross-staff for surveying lengths and distances as well as heights. Such interest led to the construction of increasingly sophisticated surveying instruments resulting in a new accuracy in mapping.

Saxton came to London at an unknown date and was chosen by Thomas Seckford to survey and map the counties of England and Wales. A court official, Seckford worked closely with William Cecil, Lord Burghley, who was possibly behind both Rudd’s and Saxton’s mapping projects. He certainly had a keen appreciation of the political value of maps, making his own sketches of politically sensitive areas such as the Anglo-Scottish borders. Cecil took a great interest in Saxton’s work as it progressed: the maps were sent to him as each plate was engraved, and once the survey was complete he bound up these early proofs with other relevant maps and plans. This volume still exists and is in the keeping of the British Library.

It is Seckford, however, who is generally thought to have financed the undertaking. His involvement is reflected in the appearance of his mottos and coats of arms on every map in Saxton’s atlas. The project was further authorized by Queen Elizabeth I, to whom both the atlas and the wall map was dedicated. As a result of this backing, Saxton received a considerable amount of administrative assistance and financial reward: on March 11, 1574, he was granted a lease of land at Grigston Manor in Suffolk in consideration of his expenses ​“in the survey of divers parts of England”. Moreover, on July 20th, 1577, Elizabeth granted Saxton a licence for the exclusive publication of the maps for a ten year period.

The maps that would constitute the atlas were available singly or, after the last one was completed in 1578, bound up as here. Accordingly, the maps and other leaves are found in various states, depending on when they were printed. In the present example 14 maps bear Seckford’s pre-1576 motto (Pestis patriae pigricies), and 20 his later motto (Industria naturam ornate), the index is in the fourth setting with a 4‑line heading and 3 columns, 83 coats of arms and one blank, the title-page and all maps bear the ​‘grapes’ watermark, the letterpress table of counties bears the crossed arrows watermark. 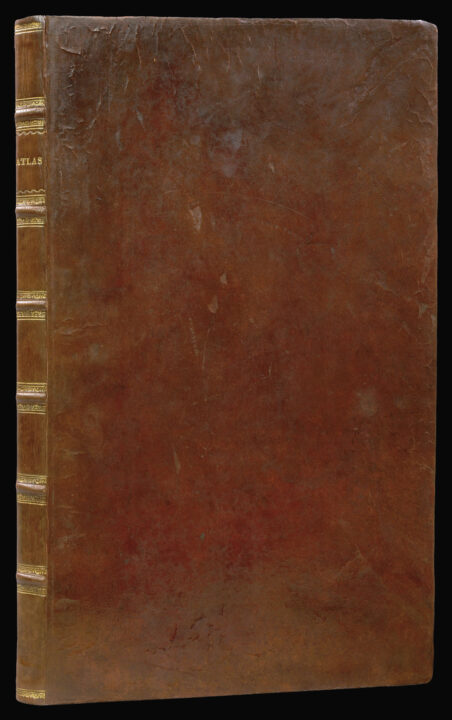 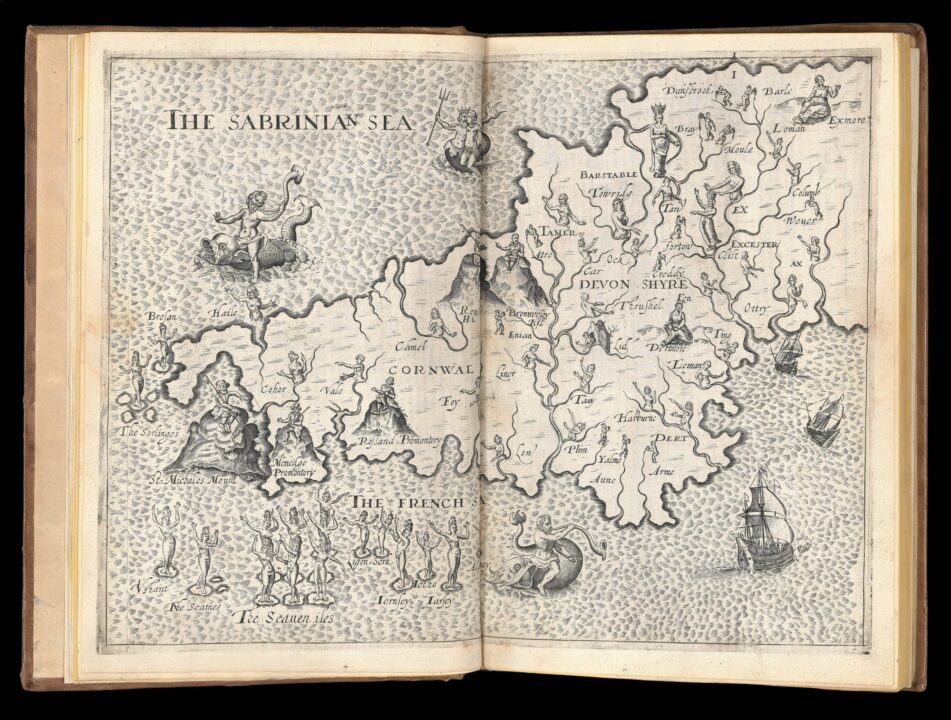 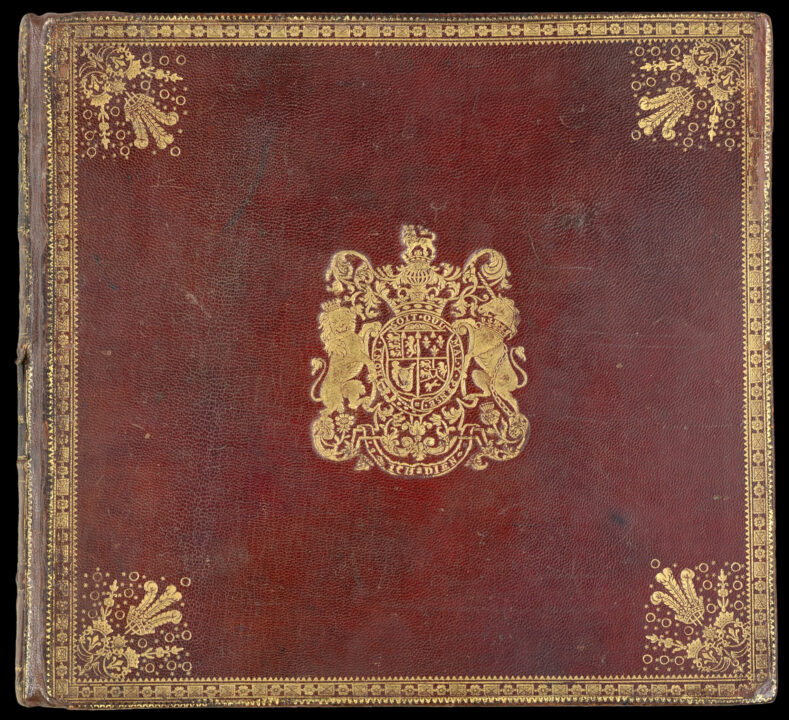 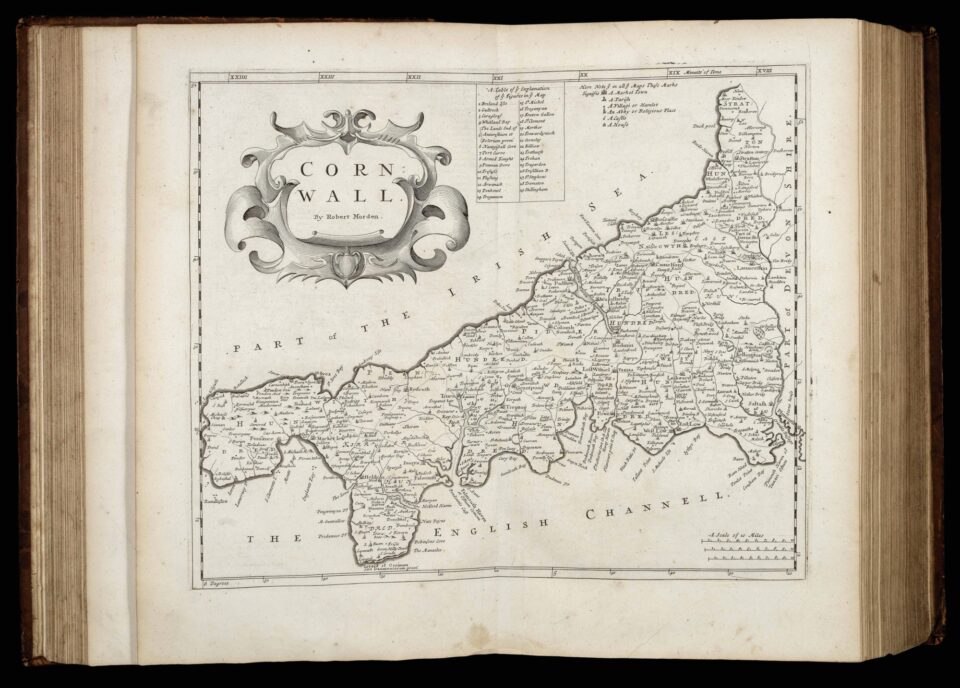