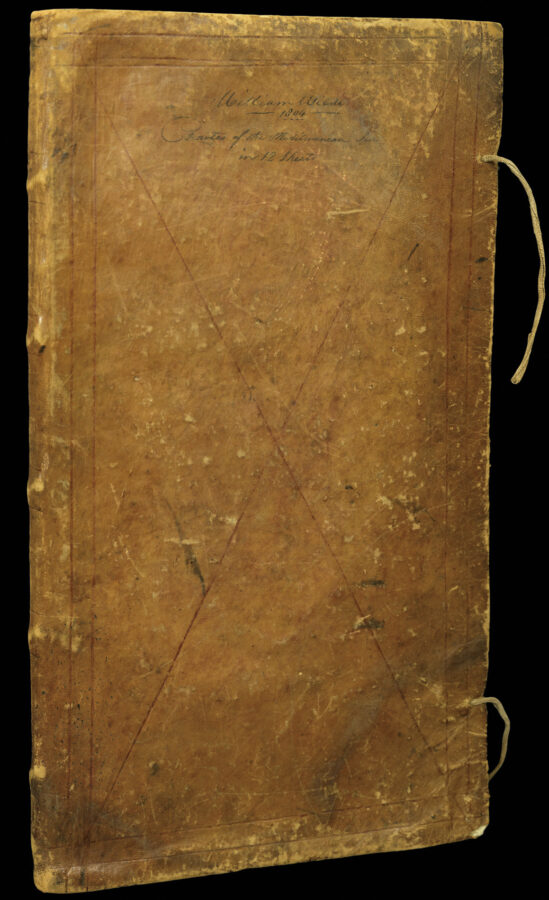 Roux’s large and detailed chart of the Mediterranean on twelve sheets.

Roux mentions them in the title of his atlas of Mediterranean ports as ​“ma Carte en douze Fleur”, and they were obviously meant to be companion pieces. Published in 1764, the charts were held in great esteem for many years. One of the more surprising admirers was Lord Nelson, who used an example aboard his flagship, HMS Victory, during his campaigns in the Mediterranean in 1803 and 1805 (see NMM 3:267).

The present example was once the property of William Wilde, a pilot abroad HMS Albatross — a sixteen gun brig-sloop which saw active service in the Mediterranean during the Napoleonic Wars. 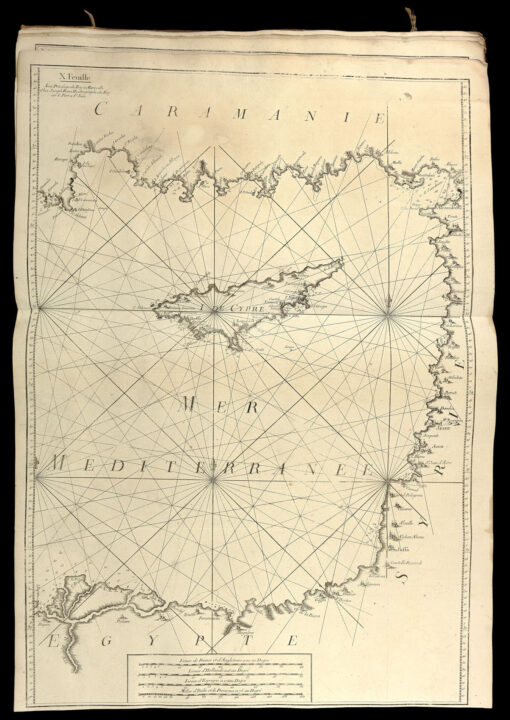 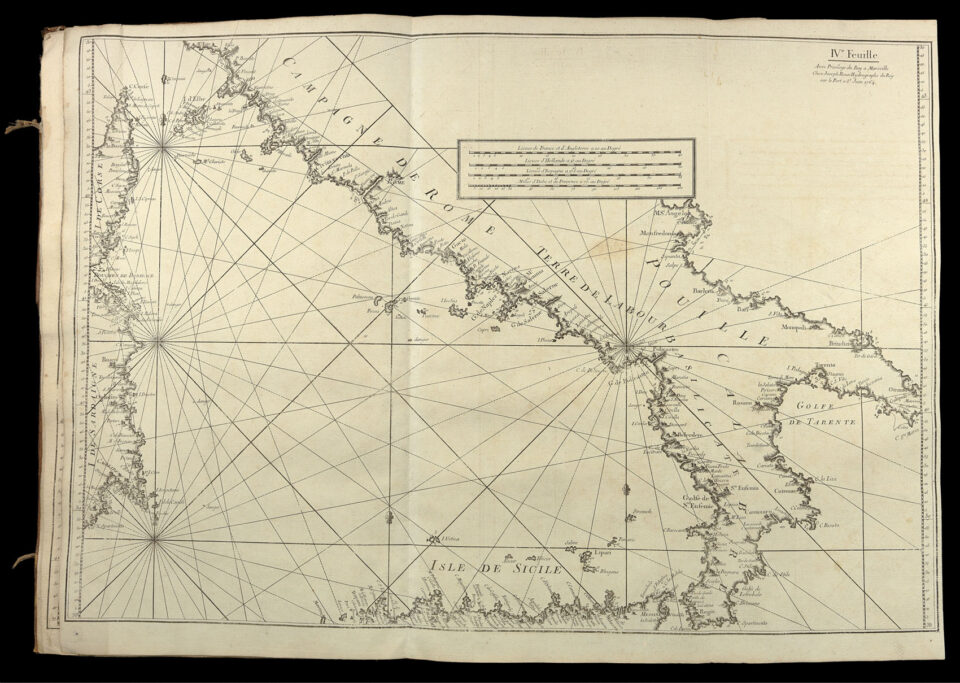 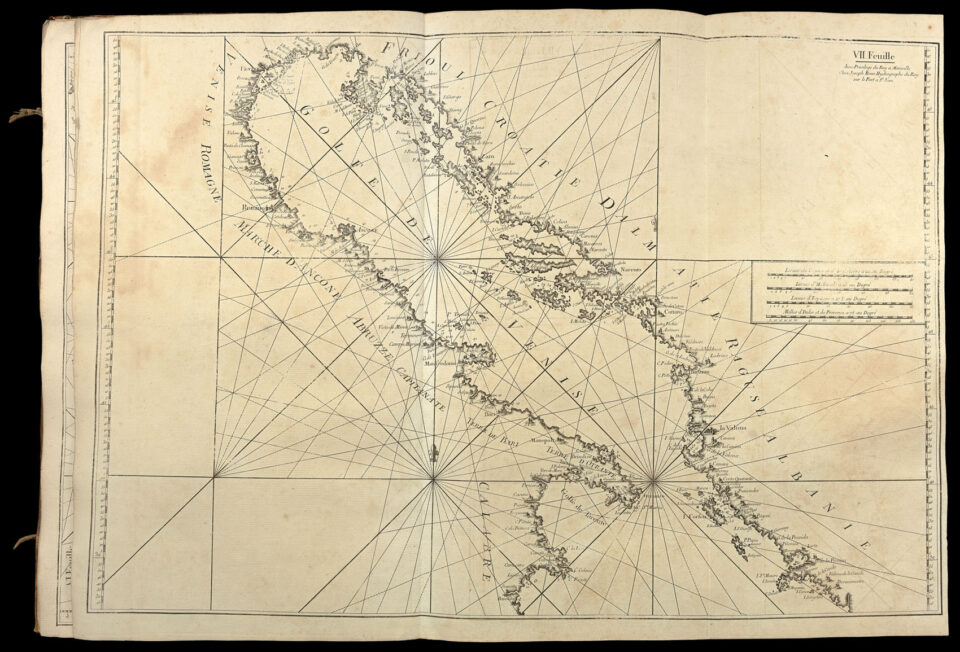 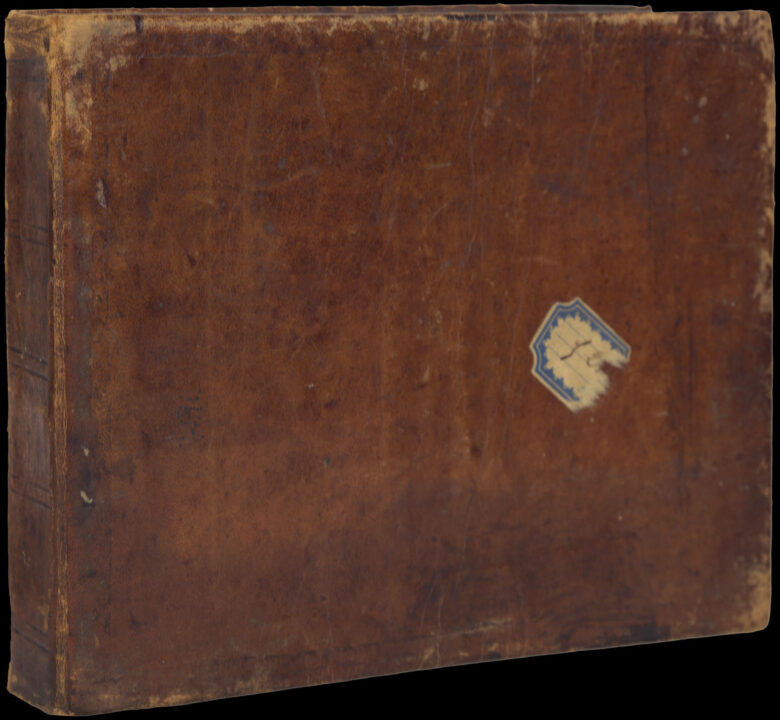