The first twelve charts form Roux’s large sea chart of the Mediterranean. Roux mentions them in the title of his atlas of Mediterranean ports as ​“ma Carte en douze Fleur”, and they were obviously meant to be companion pieces. Published in 1764, the charts were held in great esteem for many years. One of the more surprising admirers was Lord Nelson, who used an example aboard his flagship, HMS Victory, during his campaigns in the Mediterranean in 1803 and 1805 (see NMM 3:267).

Roux’s charts are supplemented here by eight further charts. Produced by the Depot de la Marine between 1751–1772, the charts cover the Marmara Sea; the European coasts from the Baltic to the Straits of Gibraltar; and the north and south Atlantic. 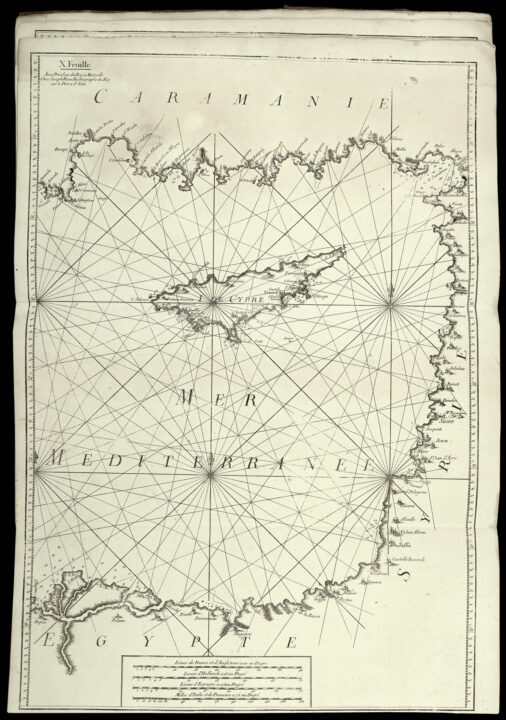