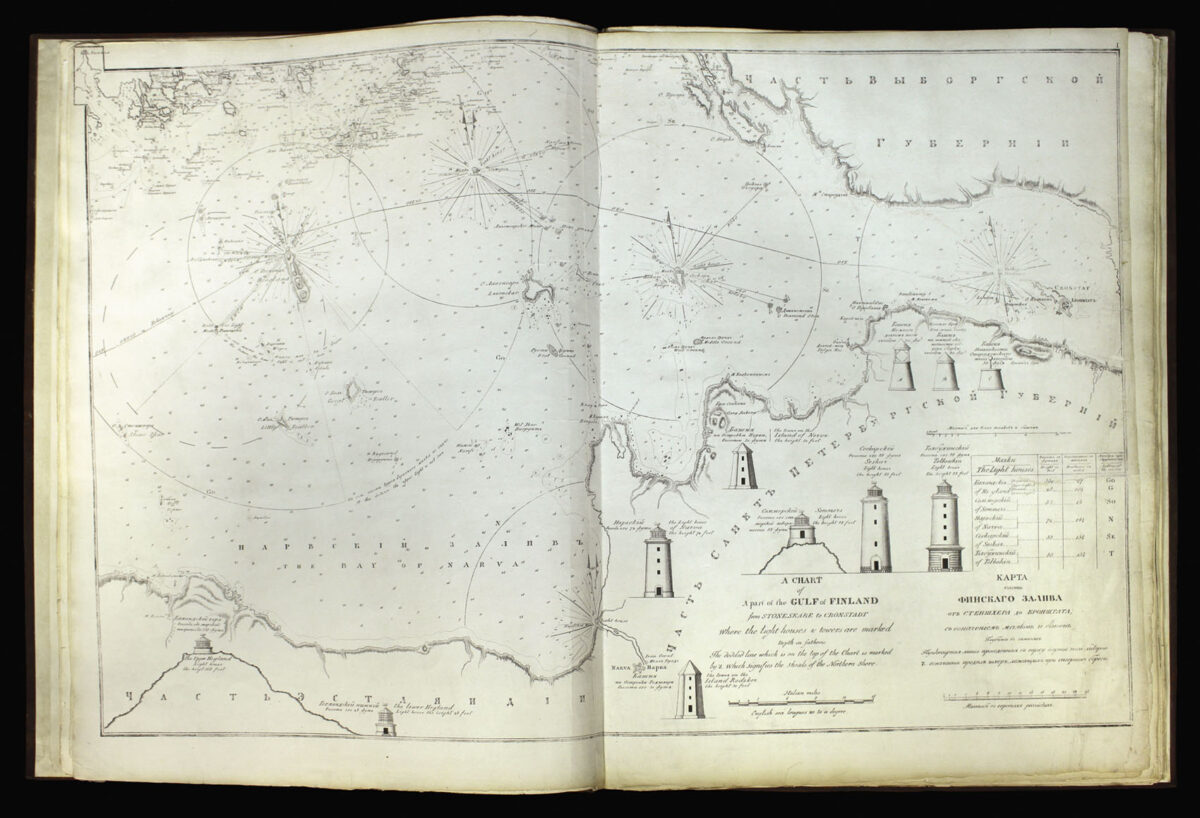 Atlas of the Gulf of Finland Containing the South Coast with the Islands belonging to it from cape Luserort to Cronstadt with lighthouses & Towers necessary to be known for sailing by night. Compiled and Published by the Director of the light houses Major General knight Leonty Spafarieff. [Title also in Russian

Rare Pilot of the Baltic Sea.

The pilot consists of detailed charts of the gulfs of Finland, Riga, and Bothnia. The title page give specific mention to the lighthouses and towers along the southern shores of the Gulf of Finland, from Luserort (modern day Ovisi) to Kronstadt. The Ovisi lighthouse house is still in operation to this day; constructed in 1814 it is the oldest working lighthouse in Latvia.

The first plate is a detailed diagram of a lighthouse touch. Many of the subsequent charts show elevations of the newly constructed lighthouses and towers along the Finish Gulf, together with soundings and the lighthouses radii. All charts bear titles in Russian, although several have additional titles in English,French, and German. The first 11 charts detail the coasts of the Gulfs of Finland, and Riga, with the last two concentrating on the Gulf of Bothnia.

Knight Leontiy Vassilievich Spafarieff (or Spafaryev) (1765 — 1847) was a Lieutenant General of the Imperial Russian Navy, the director of the Lighthouse Administration, and cartographer of the Russian Admiralty. He made important contributions to the improvement of navigation along the Russian, and Baltic coasts. The first lighthouses in Russia were built during Tsar Peter the Great’s drive for reform and modernization at the beginning of the 18th century. However, it was only until the Lighthouse Administration was created in 1807 that the Russian lighthouse system followed an organised pattern, becoming effective and efficient. Its first director was Leontiy Spafarieff.

Rare. We were only able to trace two institutional examples that in the Free Library of Philadelphia and the other in the National Library of Scotland. The NLS example contains 12, one less than the present example. We are also unable to trace any auction record for the pilot. An example of the 2nd Edition (1823) was sold by Christies in 1995, which also contained 12 charts. 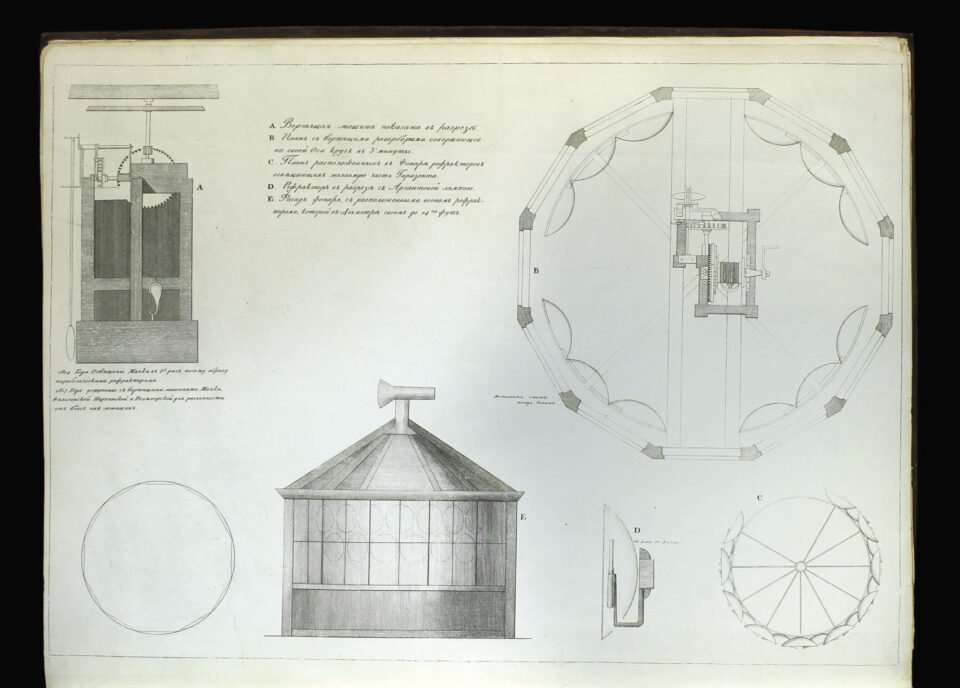 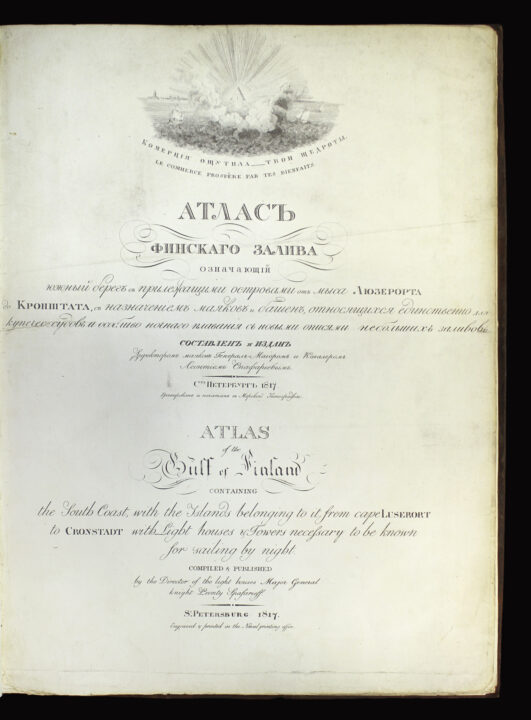 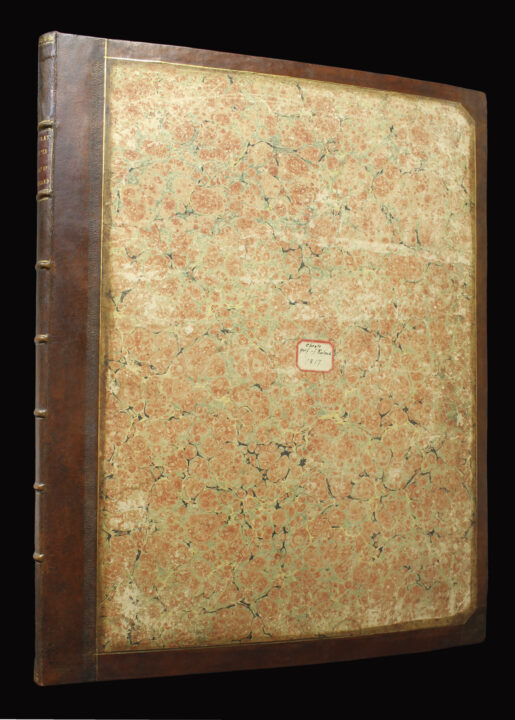