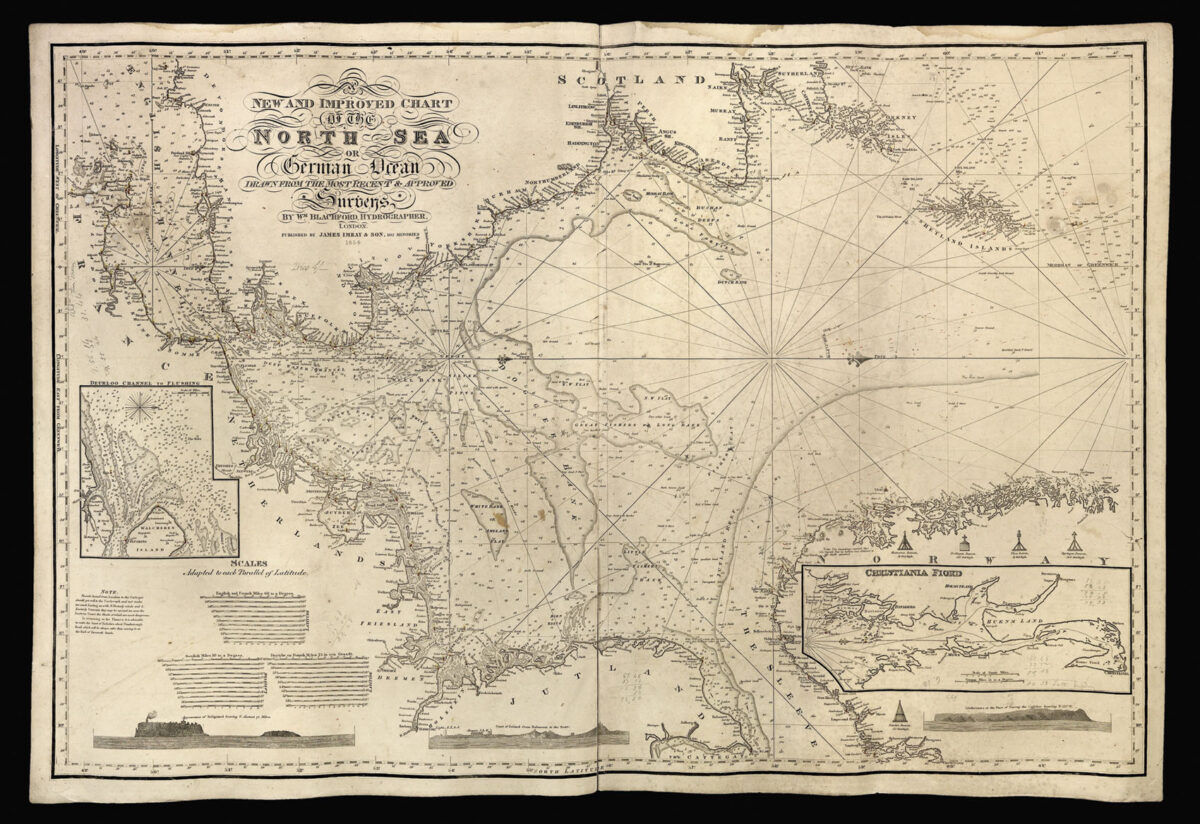 Rare Pilot of the British East Coast and North Sea

Rare bound set of charts for the East coast of England, and Scotland, and the North Sea.

By the mid nineteenth century the sea trade between London and ports such as Hull and Newcastle had grown dramatically with tonnage of shipping entering and exiting the port of Hull quadrupling between 1766 and 1832. The bulk of Hull’s foreign trade was with the Baltic states with the number of vessels involved in the trade tripling between 1790 and 1830. Such huge growth led to demand for accurate and reliable charts.

It is highly unusual to find a set of blue-backed charts bound in such a fashion as to form a pilot. The majority of examples having been individual rolled to aid storage aboard the vessel. As stated in the pasted on title, the set of charts were intended not only as a coasting pilot to England’s east coast but also as a pilot for the North Sea in order to aid Britain’s trade with the Baltic states. 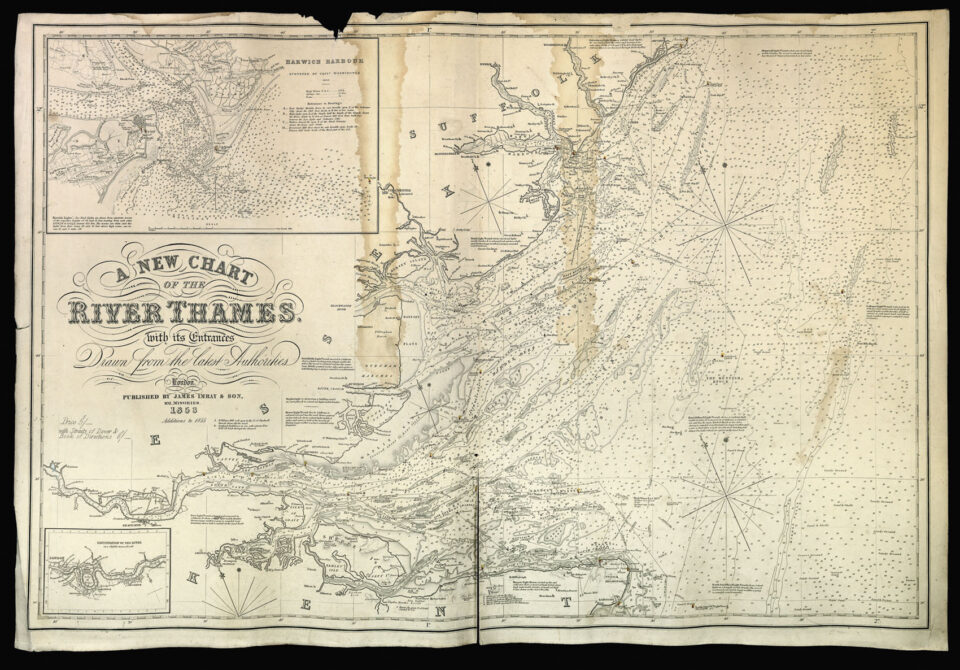 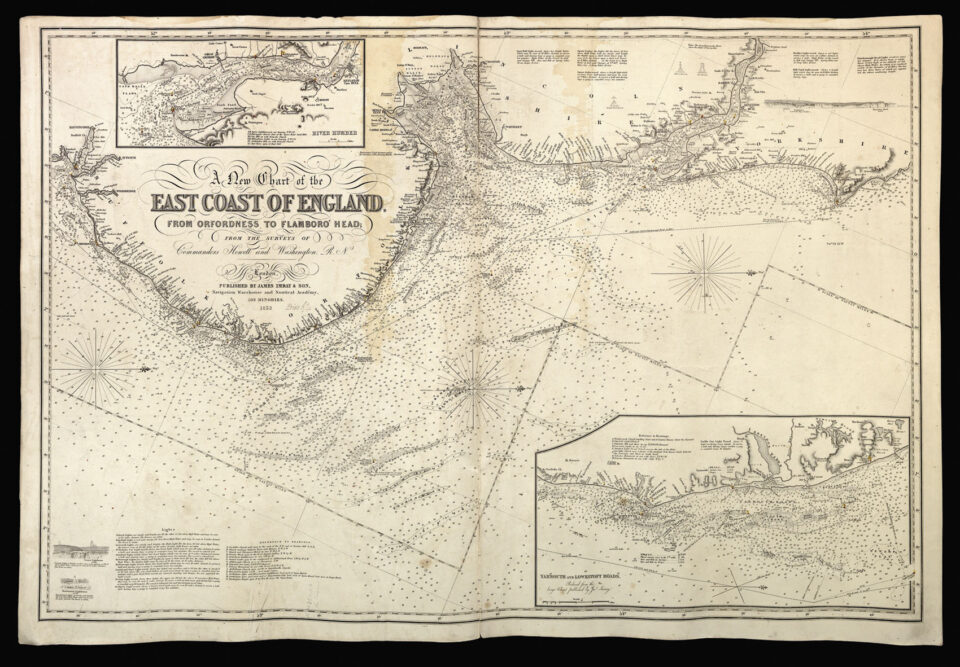 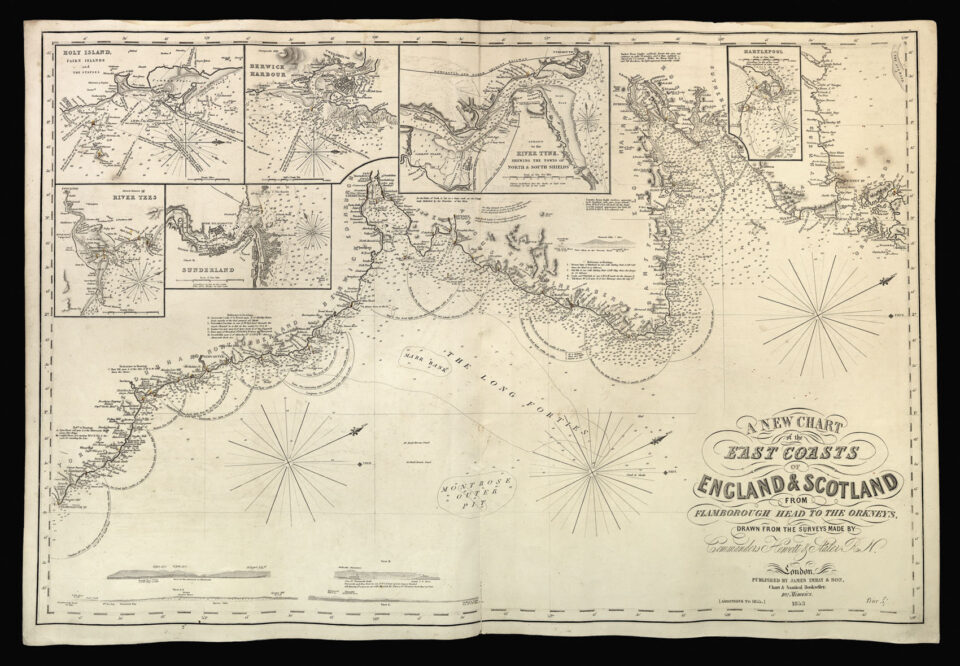 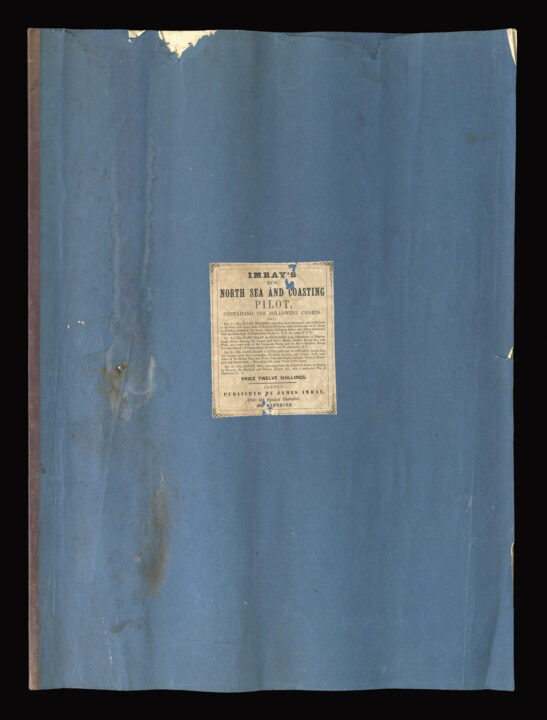