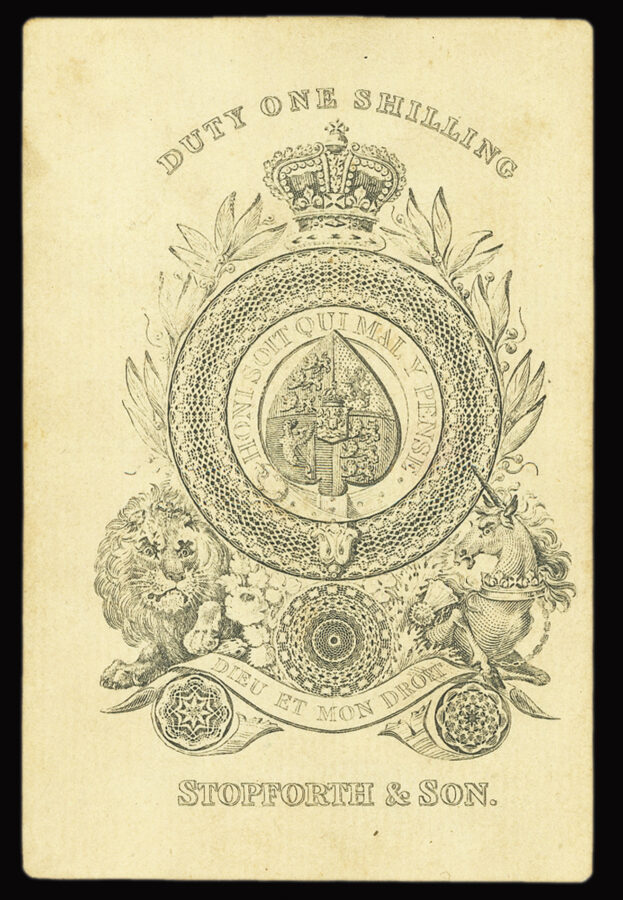 Fine example of Charles Hodges’ geographical playing cards.
The suits of spades, hearts, diamonds, and clubs represent the Americas, Europe, Asia and Africa respectively. Each suit carries a map of the entire continent on the ace, and maps of individual countries or areas on the number cards. The picture cards are a mixture of historical and fantastical figures. George IV, Caroline of Brunswick, and the French Revolution politician Robespierre appear as the king, queen and jack of hearts. Robespierre tramples the symbols of monarchy underfoot, hoisting a Phrygian bonnet, the revolutionary symbol of liberty. The artist’s opinion of the Revolution is shown by the snake, dagger and corpse to the left. In the American suit, George Washington is the king of spades.

The pack also marks a change in the history of printing cards. It was first issued in 1827, but this example dates from 1828, when the duty ace of spades was introduced. The ace of spades had been required to show the insignia of the printing house since the seventeenth century, but in 1828 it also had to show that a duty of one shilling had been paid. This additional standard card has the imprint of Stopforth and Son, a London engraving and printing firm, which probably produced and printed the plates for Hodges. 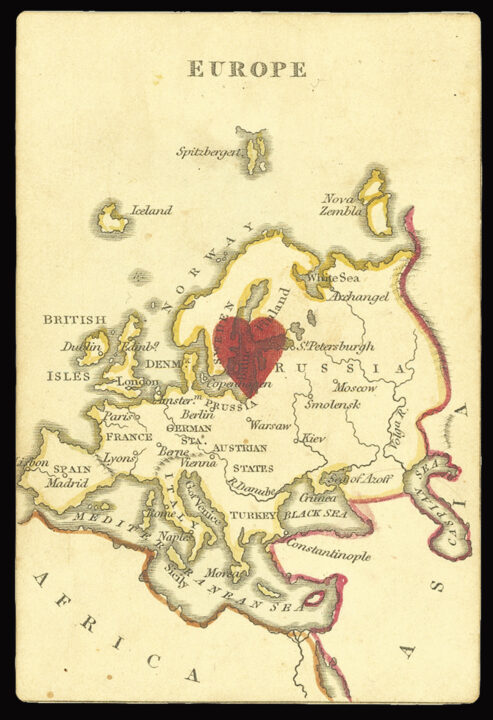 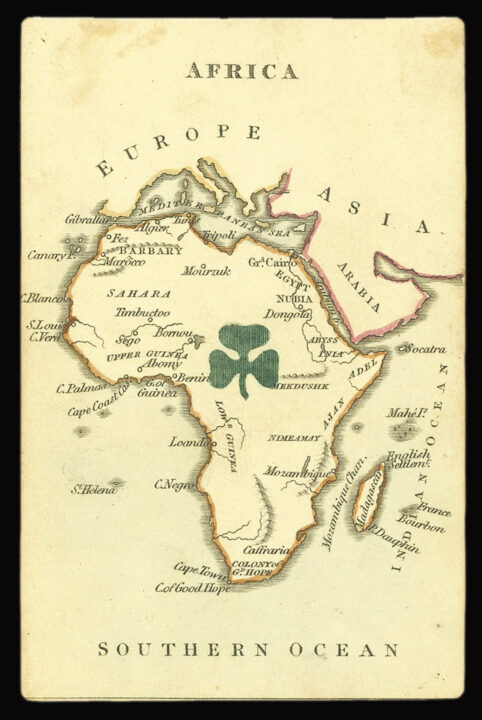 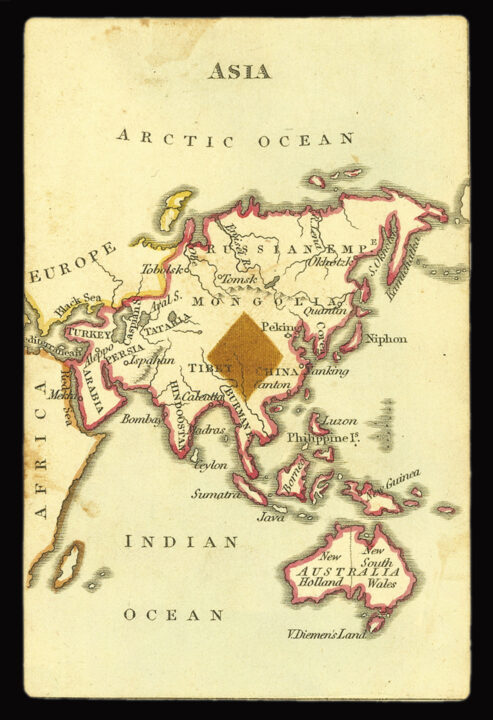 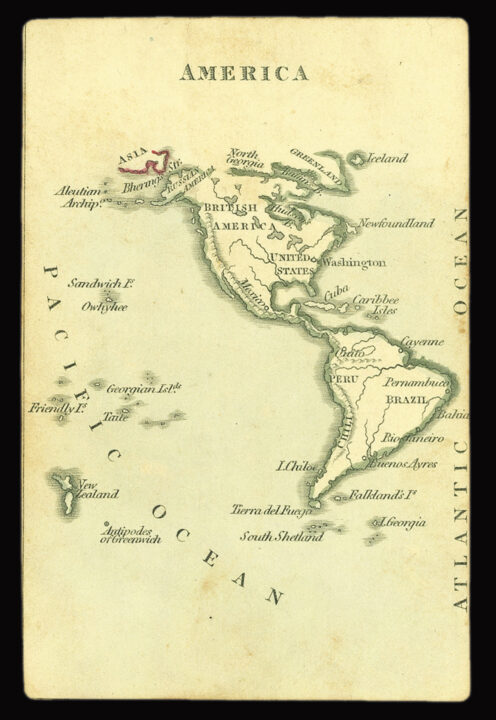 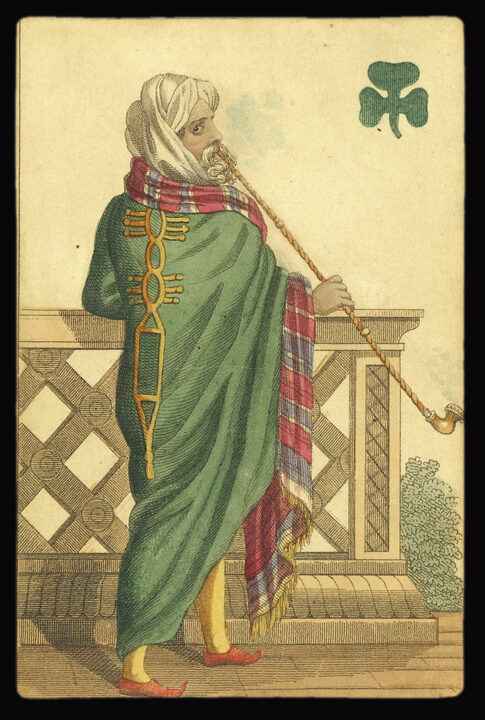 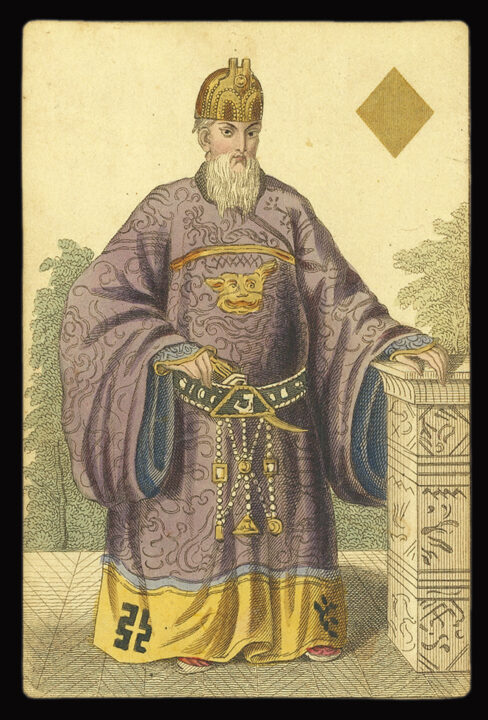 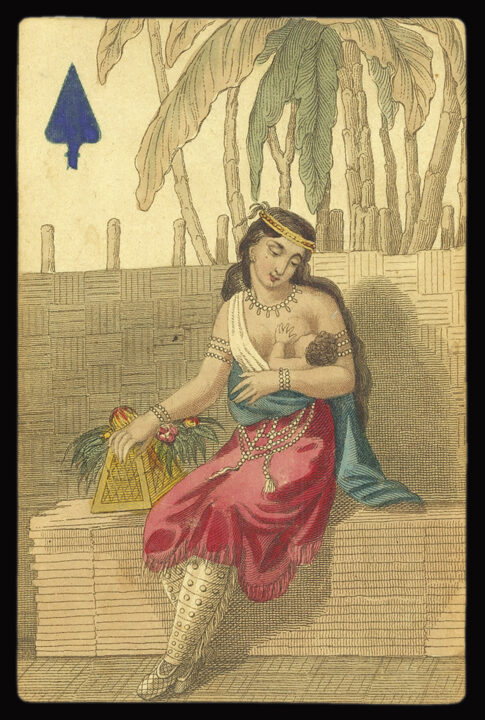