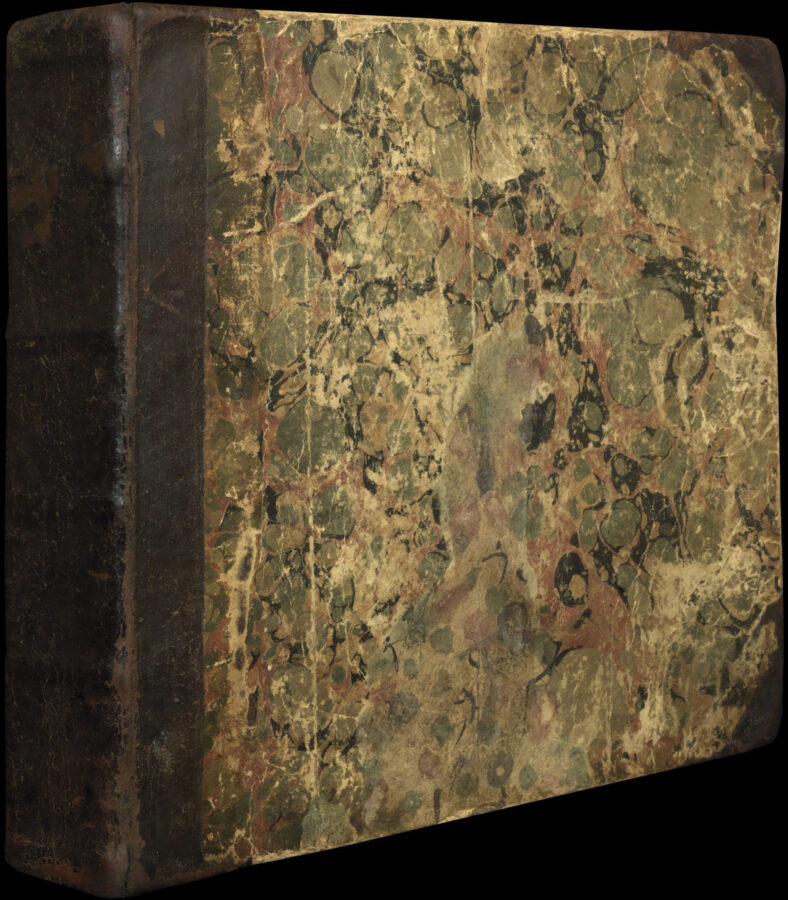 The Light of navigation …

“Blaeu, using his patronym Janszoon, published his first book of sea-charts in 1608 (not in the BL) under the title Het Licht der Zeevaert. This work proved in demand as it updated the pioneering chart atlas of Lucas Waghenaer dating from the 1580s … None of the maps is signed by the engraver, but Destombes has conjectured that he might have been Joshua van den Ende. One of the two seaman shown on the title-page is thought to represent Blaeu himself” (Shirley). Blaeu claimed no originality for ​‘The Light of Navigation’, but he did claim that its original source – Waghenaer’s ​‘Mariner’s Mirror’ – was ​“corrected from maine faults, and enlarged with maine new Descriptions and Cardes … besides … new tables of the Declination of the Sonne, according to Tycho Brahes Observations, applied to the Meridian of Amsterdam”.
​‘The Light of Navigation’ is of considerable rarity. We are aware of only one other copy coming up for sale in the past 30 years: see, ​‘Cartography’, Bernard Shapero Rare Books, Item: 6.

At one time in possession of a Captain J. Mowle during the 1850s.