Heather started business as a publisher and dealer in charts and nautical instruments, on the same street as the East India Company, at 157 Leadenhall Street, under the sign of the ​‘Little Midshipman’. This address, which became known as the ​‘Naval Academy’ and ​‘Navigation Warehouse’, was later immortalized in Charles Dickens’ work ​‘Dombey and Son’. In 1768 the firm became ​‘Heather and Williams’ until 1812 when Heather’s name disappeared and the business was henceforth conducted by the celebrated mathematician and hydrographer, John William Norie.

1. A New Chart of the China Sea, and East India Archipelago, Comprehending the Sunda, Molucca & Philippine Islands in which are exhibited the Various Straits and Passages to Canton and between the Indian and Pacific Oceans, Carefully drawn and regulated according to the most approved and modern surveys, and Astronomical Observations by J.W. Norie Hydrographer & c. 1821.

2. A New Chart of the Straits of Malacca and Singapore drawn from the Latest Surveys with Additions, and Improvements by J.W. Norie Hydrographer &c.

3. New Chart of the Straits of Sunda, Banca, Gaspar and Billiton Drawn from the Best Authorities by J.W. Norie Hydrographer &c. New Edition 1832.

4. A New Chart Shewing the Navigation through the Strait of Sunda to Batavia. Drawn from the Latest Authorities. By J.W. Norie Hydrographer &c.

5. A New Chart of the Straits of Macassar with Various Additions & Improvements. By J.W. Norie Hydrographer 1832.

6. A New Chart of the Sooloo Archipelago Exhibiting all the Islands and Passages between the Islands of Borneo & Magindanao, Together with those between Bornea and Palawan Drawn from the Best Authorities by W. Heather.

8. A New Chart of the Coast of China From Pedra Branca to St. John’s Island Exhibiting the Entrance to and Course of the River Tigris drawn from the Latest Surveys by J.W. Norie.

14. To John Beevers Esq. F.R.I. For the Liberal Aid of his Chinese M.S.S. and the benefit derived from his excellent Map of the Empire presented by him to the Honourable East India Company This Chart of the East Coast of China is Inscribed by his obliged Friend James Horsburgh.

17. China Sheet V East Coast. From the Kwesan Islands to the Whang-Ho Gulf. The Yang-Tse Kiang. By Captain R.D. Bethunern Chusan and by Lieutenant Collinson R.N. 1840.

18. China East Coast. Port Ta-Outze and the mouth of the River Ta-Hea. From a Sketch by Thomas Rees Commander of the H.C. S. Lord Amherst 1832.William Heather (1764–1812) ran a centre for navigators known as the Naval Academy and the Naval Warehouse (Dickens later used the Naval Warehouse in Dombey and Son). The Naval Warehouse provided nautical instruments, charts and instructional texts on navigation.

Commodities such as timber, tar, flax and hemp made the Baltic an important trading centre for both England and the Netherlands. Heather’s map of the region would have been invaluable for such trading missions.

The chart is engraved by J. Stephenson. 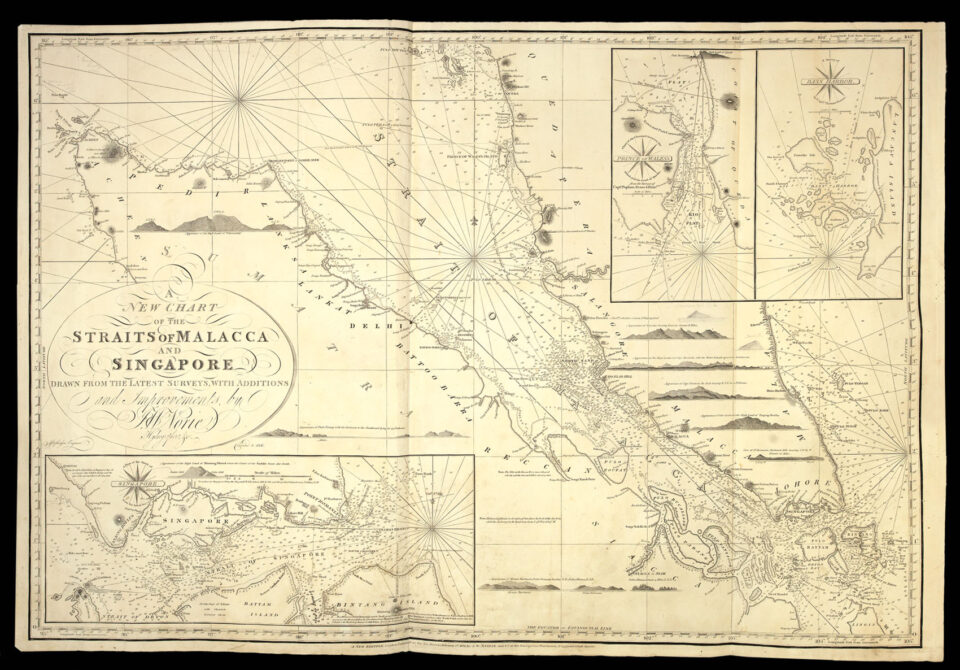 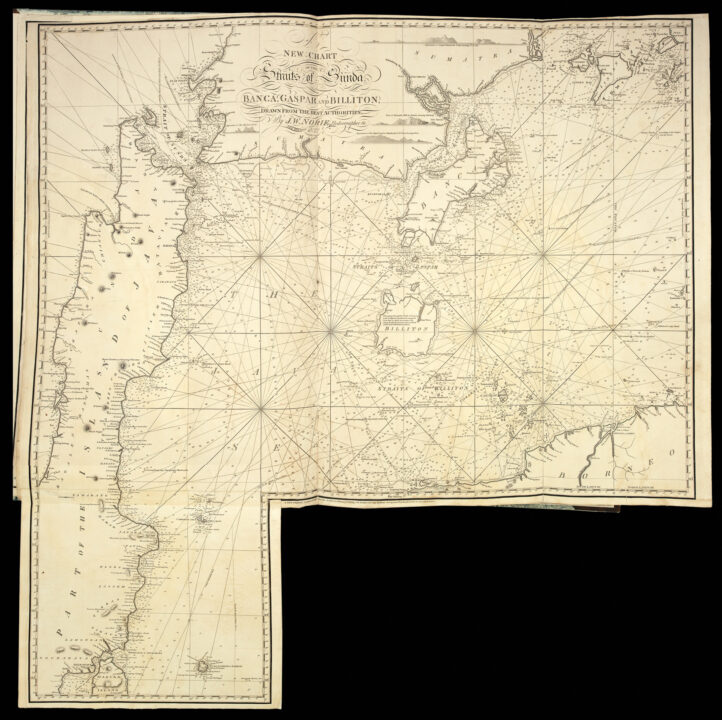 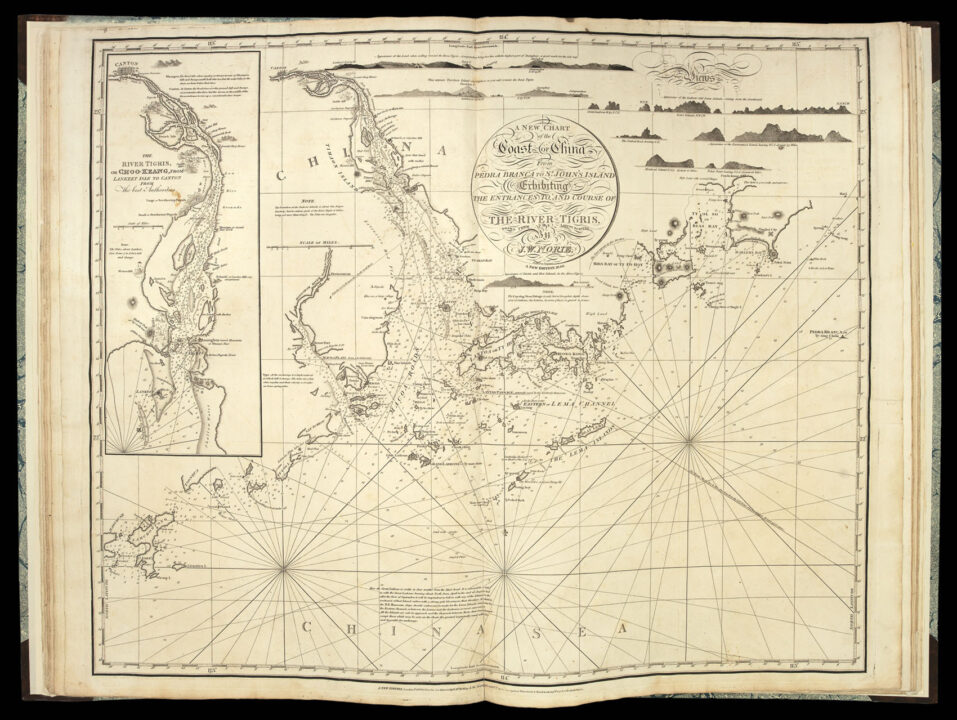 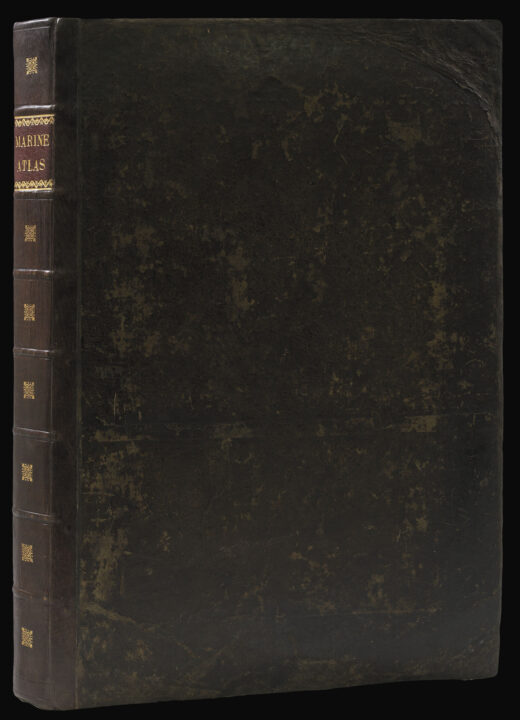 William Heather 1804
The Marine Atlas or Seaman’s Complete Pilot For All The Principal Places in the Known World.