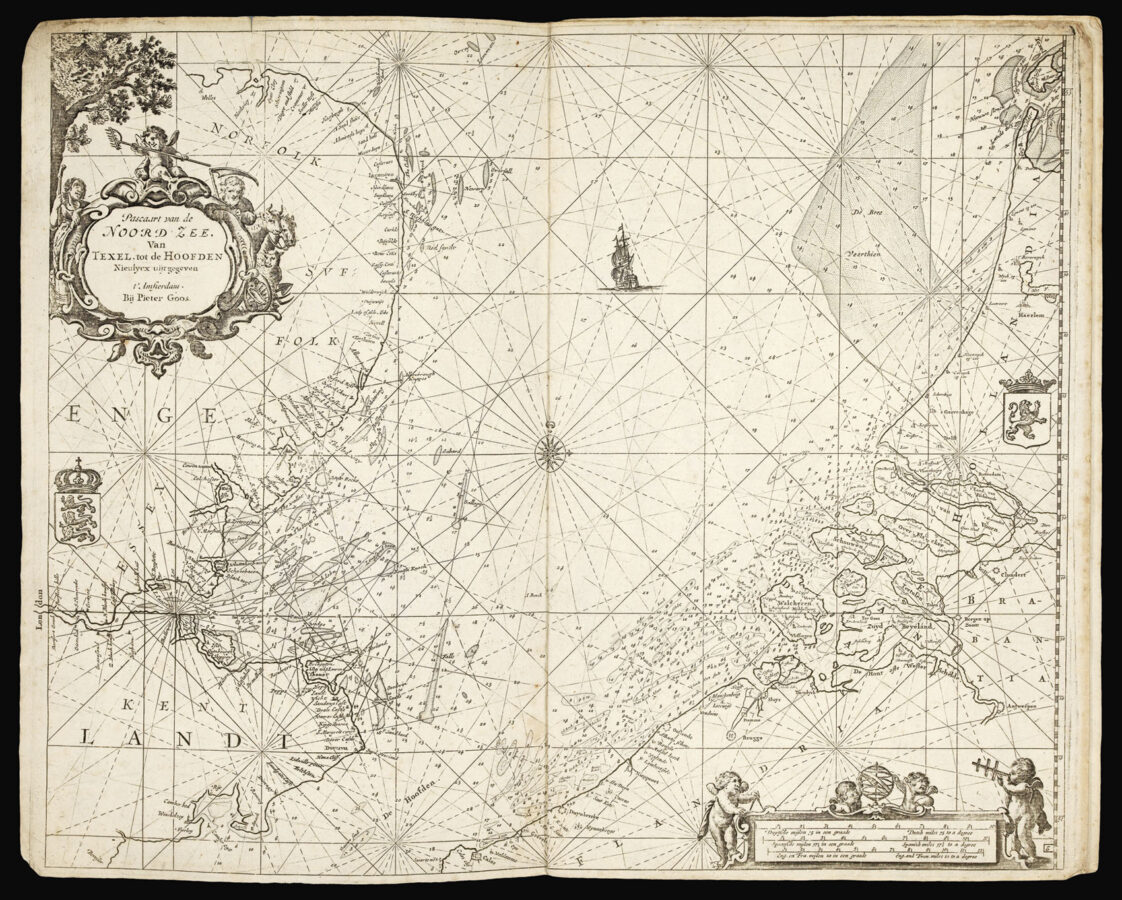 Rare composite pilot for the Western and Mediterranean navigation

By ROBIJN, Jacobus and Pieter GOOS, 1680

[Composite pilot of charts for navigation from the Netherlands to the Mediterranean].

Composite atlas intended for navigation from the Netherlands to the Mediterranean, one of the richest and most frequently travelled trade routes in the seventeenth century.

The charts were probably assembled for a client at the shop of Jacobus Robijn after he acquired the plates from the widow of Pieter Goos in around 1680. It was assembled before the publication of Robijn’s atlas of 1683, which contains four of the charts in later states or newly engraved. 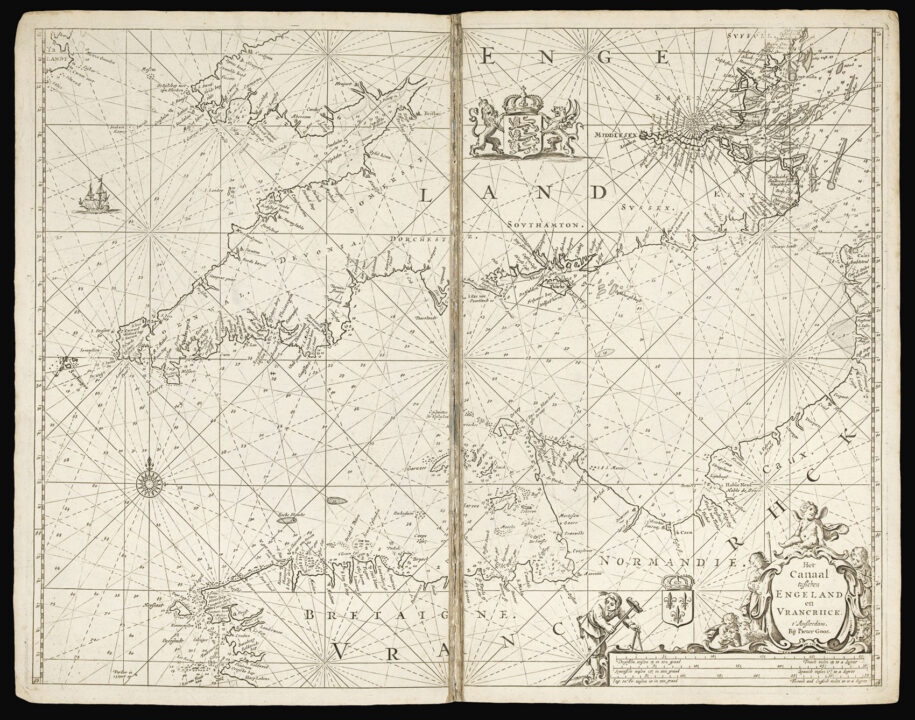 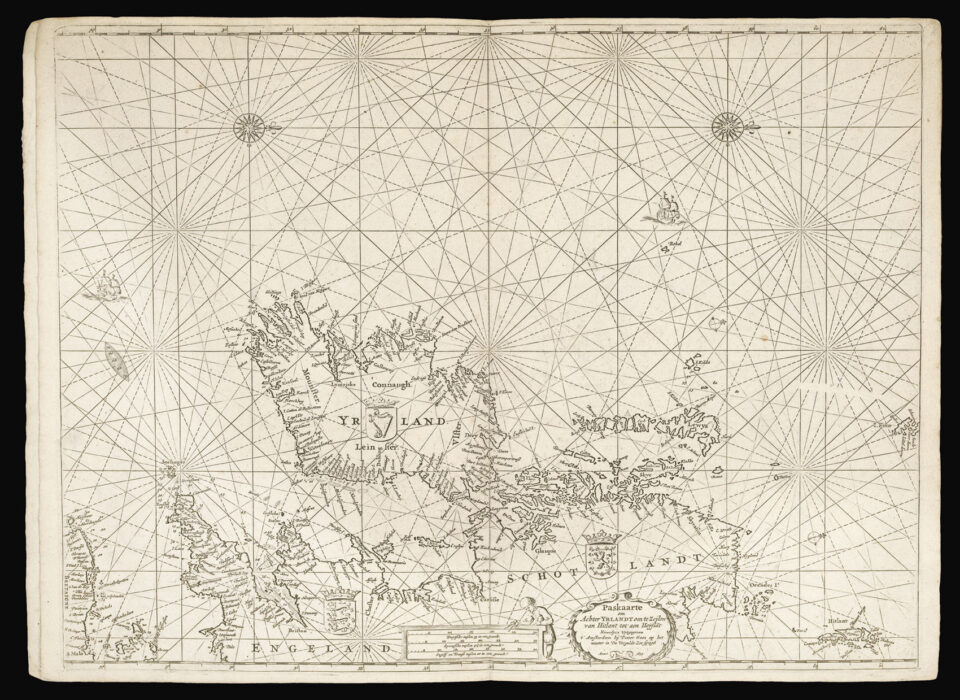