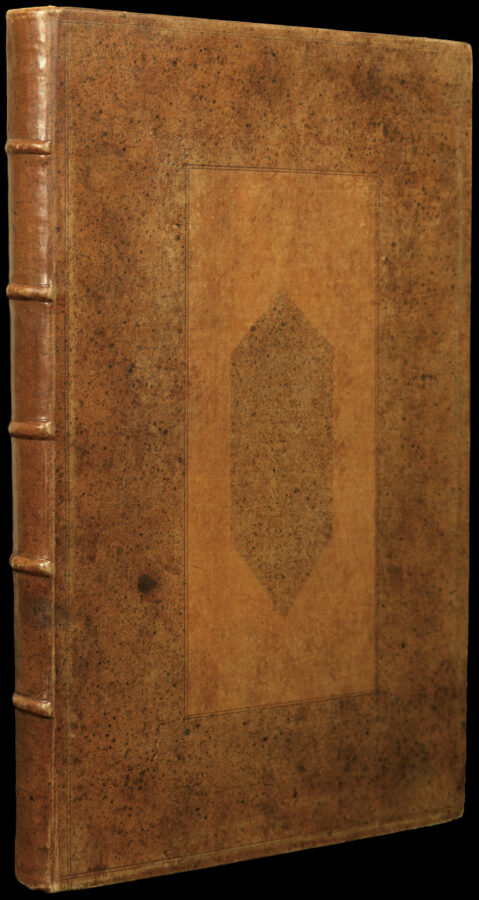 Rare and early edition of the ​‘English Pilot Oriental Navigation’

The English Pilot. The Sixth [in ms on paste-down as issued] Book. Describing the Sea-Coasts, Capes Headlands, Straits, Soundings, Sands, Shoals, Rocks, and Dangers. The Islands, Bays, Roads, Harbours, and Ports in the Oriental Navigation Shewing the Properties and Nature of the Winds and Moussons in those Seas …Collected for the general Benefit of our own Country-men, By John Thornton, Hydrographer.

The great ​‘English Pilot’ project had been started by John Seller in 1671, with the first edition of the ​‘Oriental Navigation (Third Book)’ published in 1675. Seller’s financial troubles, however, precluded any further editions, and it was not until four years after his death, in 1701, that the ​‘Third Book’ was reissued by Thomas Mount and William Page. To confuse matters, John Thornton published a rival edition in 1703. Thornton was part of the consortium that had overseen the publication of the first edition of 1675, and his position as hydrographer to the East India Company meant he had a ready supply of charts of the area. A subsequent edition of 1711 would be published by his son Samuel and, after Samuel’s death in 1715, the plates were acquired by William Mount and Thomas Page. The following year they issued a new edition – the present atlas – complete with Thornton’s charts.

This particular edition would seem to have been issued in some haste, presumably to recoup some of the cost and, although the text has been reset, all the charts still bear the imprint of Samuel Thornton. The most obvious change is to the title page, which now bears the imprint of Mount and Page and is re-titled – in manuscript paste over – as the ​‘Sixth’ Book. Presumably Mount and Page did not have time to combine their ​‘Book Three’, which they had published in 1701, with Thornton’s work, and decided instead to issue it separately.

Of the 40 charts, only one has been changed from the 1711 edition: ​‘A New Chart of the Irish Sea’, replacing the ​‘A New and Correct Chart of the Coast of Ireland’; and one added: Halley’s ​‘A New & Correct Draught of the Channell between England & France’. The other charts of particular note are: ​‘A Large Draught of the North Part of China’ – an oversized chart that depicts what is now Zhejiang province, an area that at the time was of great importance to European traders. It features the major port of Zhousan (Chusan), which was the location of the entrance of the Grand Canal of China. The canal, construction of which began in the fifth century B.C., was then the oldest and longest man-made waterway in the world, which allowed barges to travel hundreds of miles to Beijing; and ​‘A Draught of the Coast of New Holland’, the first state of the first published chart of Australia to include the discoveries at Shark Bay made by William Dampier in August 1699, and the first English chart devoted to the west coast of Australia.

All early editions of the ​‘English Pilot’ are rare. We are only able to trace one institutional copy of the 1716 edition (National Maritime Museum, containing 38 charts). We are also unable to trace any copy appearing at auction in the last thirty years. A similar 1711 edition with 38 charts was sold for 125,000 Euros, plus premium, at Piasa, 16 July 2010. 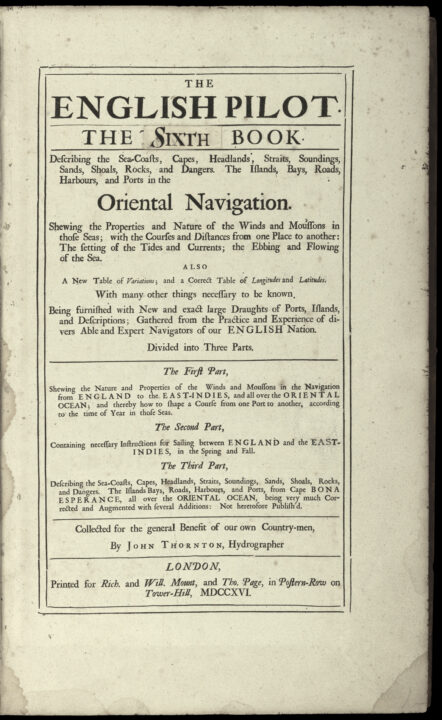 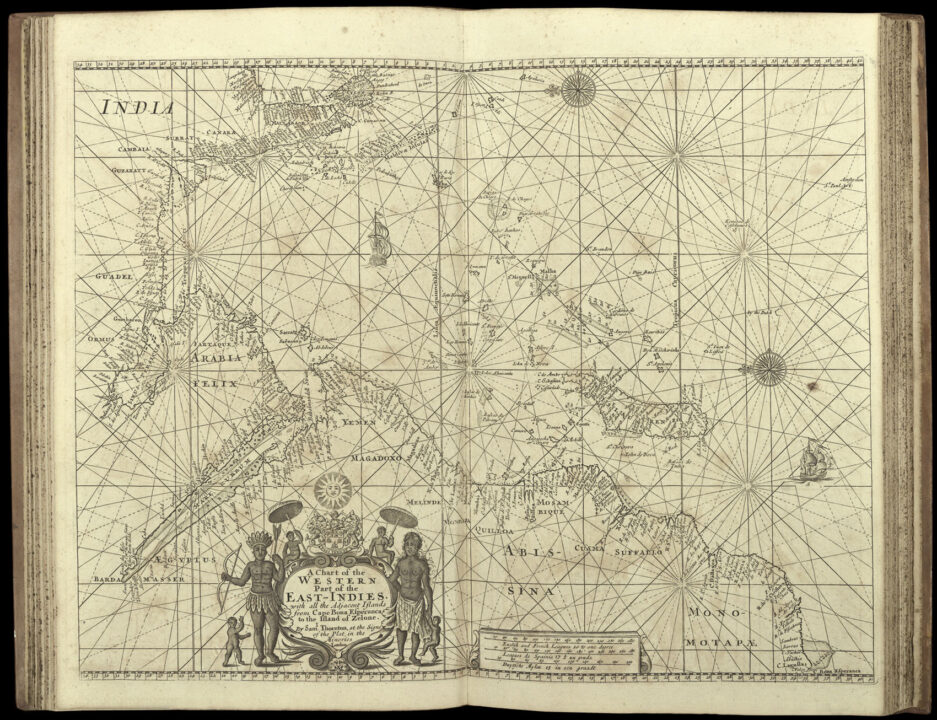 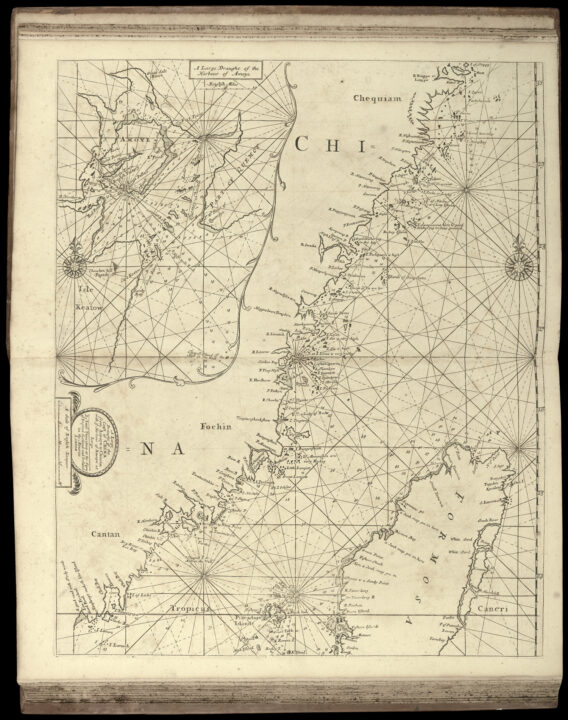 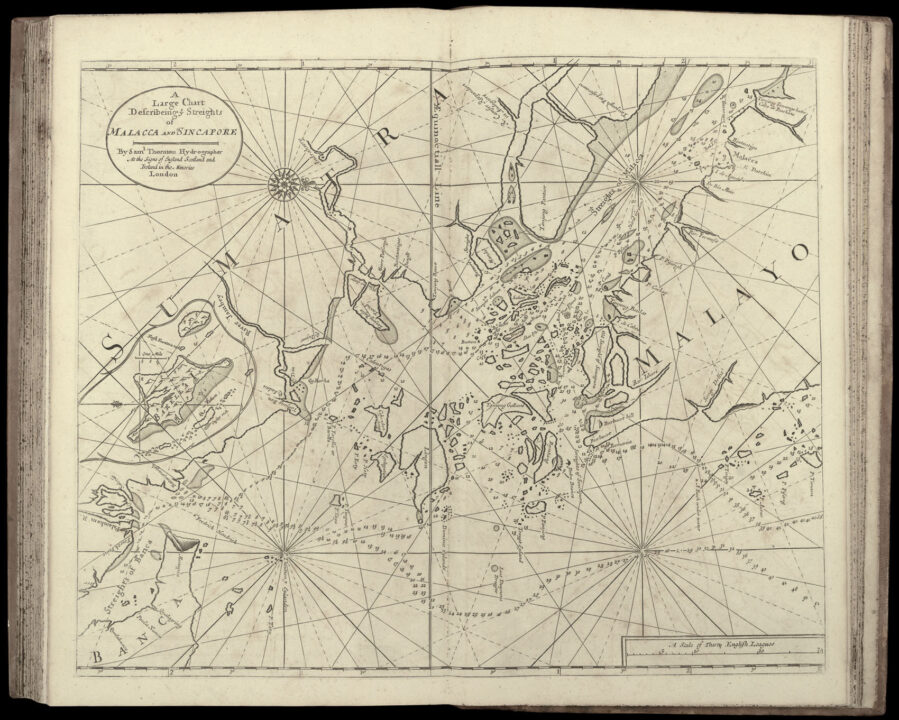 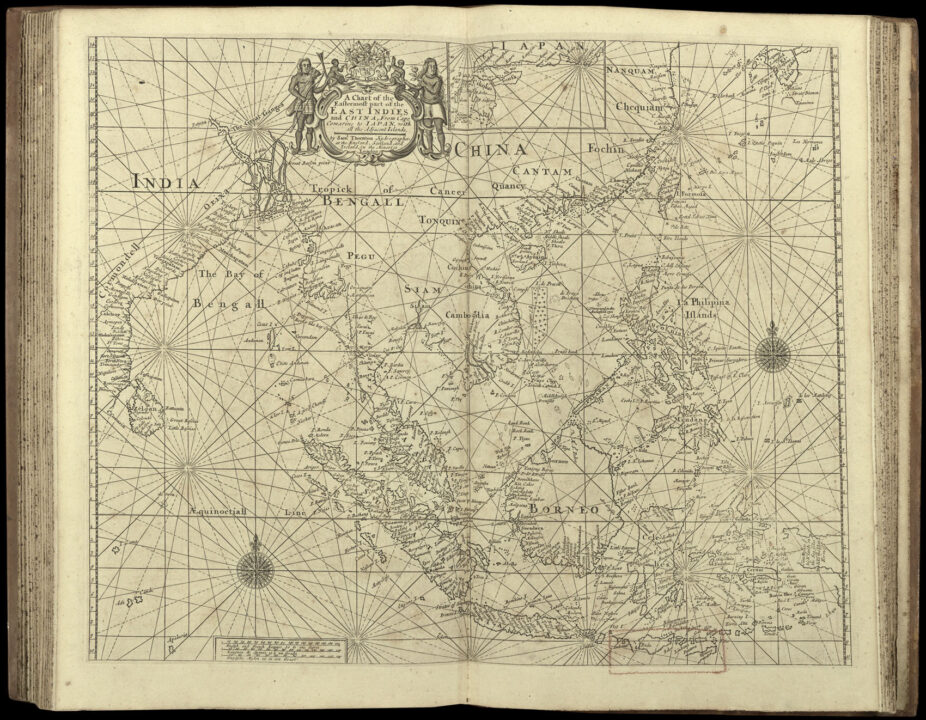 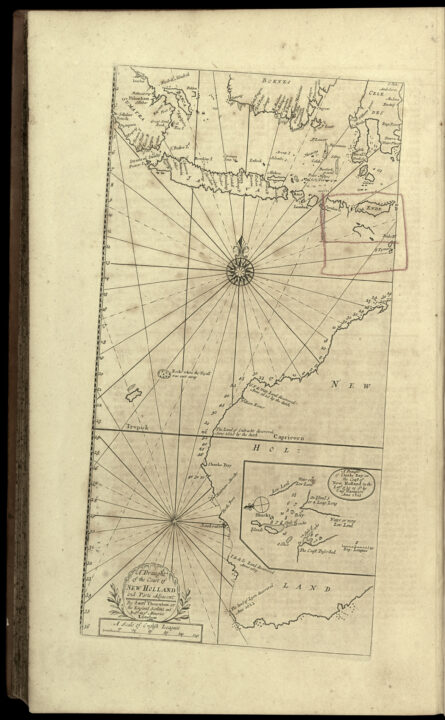 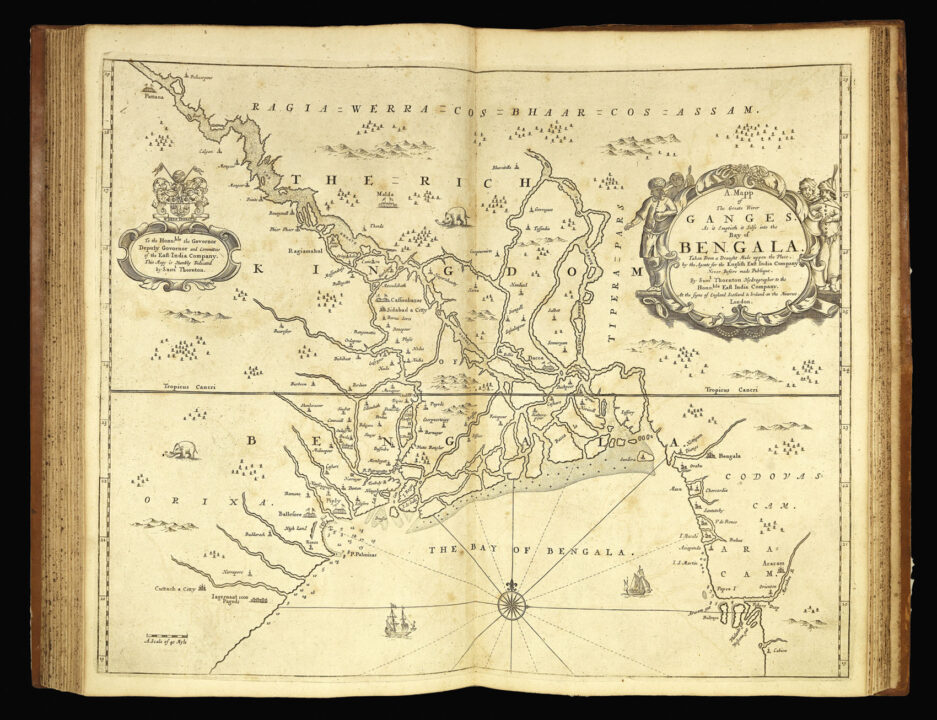 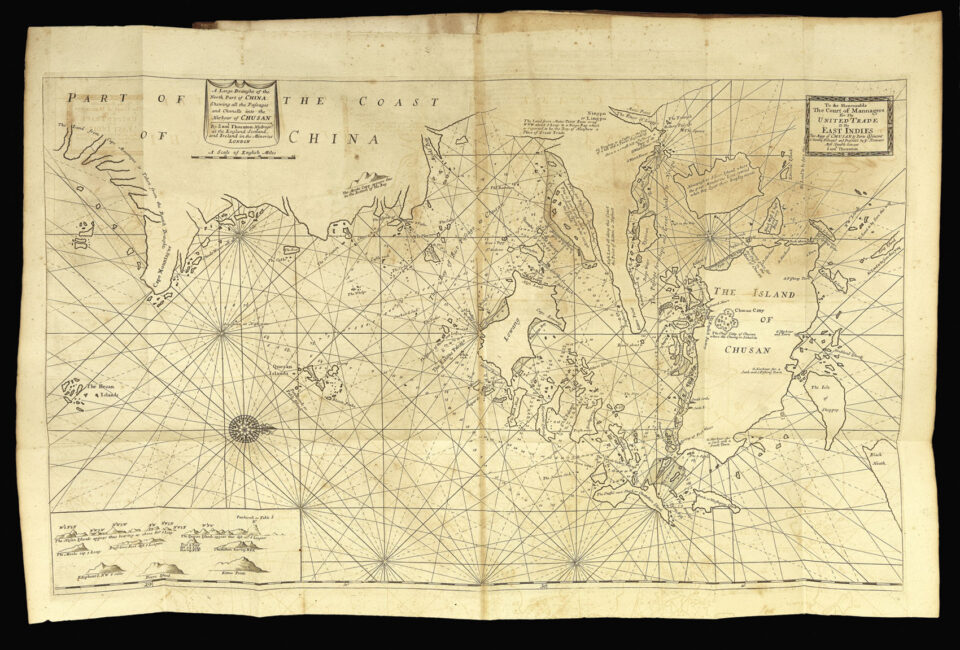