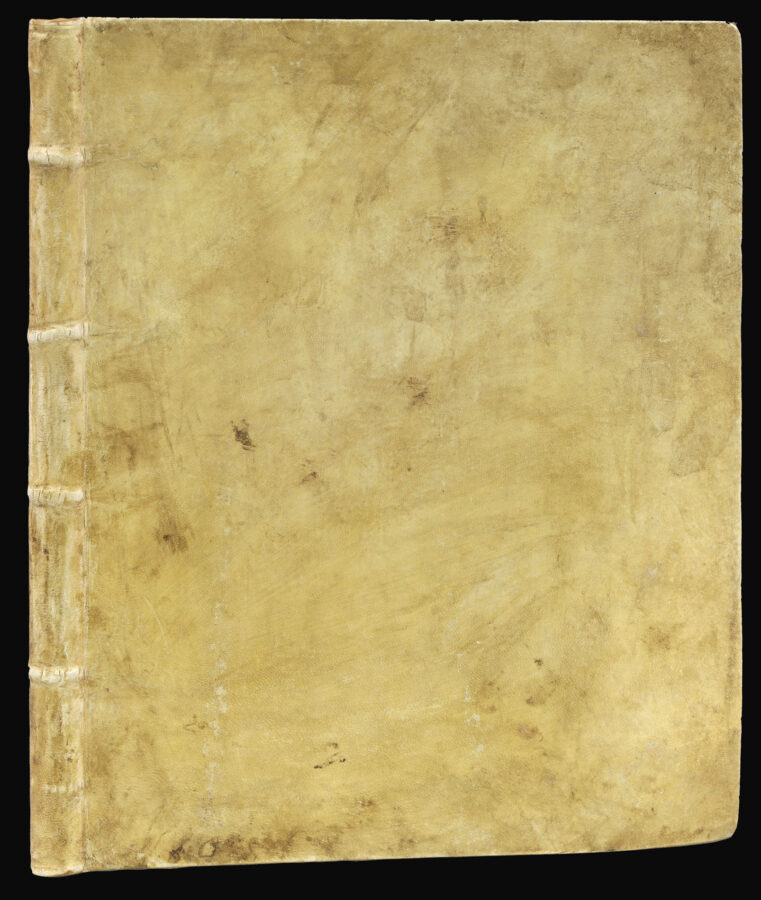 First edition of this extremely rare sixteenth century Isolario (“islands book”) of the Eastern Mediterranean sea, complete with the title page, missing in the majority of the few extant copies.

​“Between about 1565 and 1575 a number of small-format composite isolarii appeared, containing pictures of towns and fortresses as well as island maps. These popular publications incorporated material that had been previously published as loose leaves: they all had much in common and often borrowed material from each other, so it is not always easy to identify the unsigned copperplate engravings contained within.” (George Tolias, Fifteenth to Seventeenth Century).

Each example of the extant ​‘Isole’ contain a varying number of plates: the present example contains 43 engravings on 42 leaves. Most of the signed maps were engraved by Pinargenti (20 in the present example) with others by Natale Bonifacio and Niccolò Nelli.

The work contains three engravings relating to Cyprus: a map by Niccolò Nelli, dated 1570, the year the Turkish attack on Cyprus had begun, and it shows the island surrounded by an armada of Venetian warships. The map itself is a smaller version of a contemporary map by Duchetti, and both appear to have a common prototype, by an unknown cartographer; a plan of the siege of Famagusta (1571) by Camocio; and a plan of the siege of Nicosia (1570) also by Camocio. Both the plans are in the first state before a plate number was added.

Other important plates include: Istria, Sebenico, Rode, Constantinople, Corfu, Ragusa, Candia, Ionic and Aegean Islands, Sicily, and the small and exceedingly rare map displaying the Mediterranean sea (with a large portion of Atlantic ocean), produced by Girolamo Olgiati in 1567.

Pinargenti was active in Venice as an engraver and cartographer in the second half of 16th century.

Rare we are only aware of one example coming up for auction in the last 40 years, Sotheby’s Wardington sale 2005. 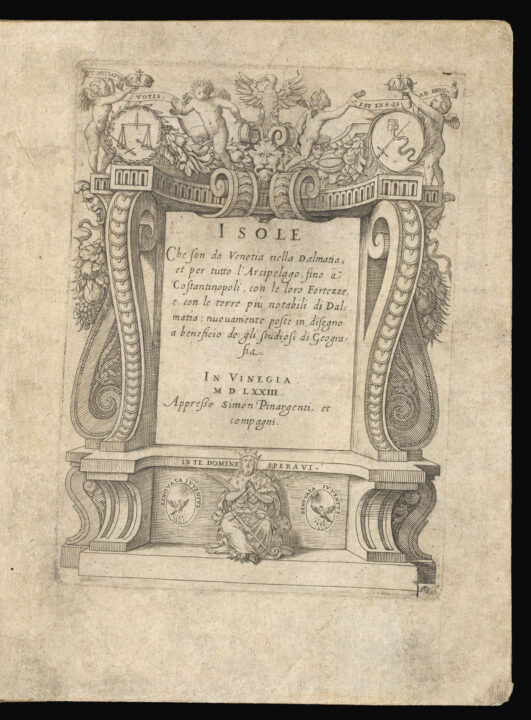 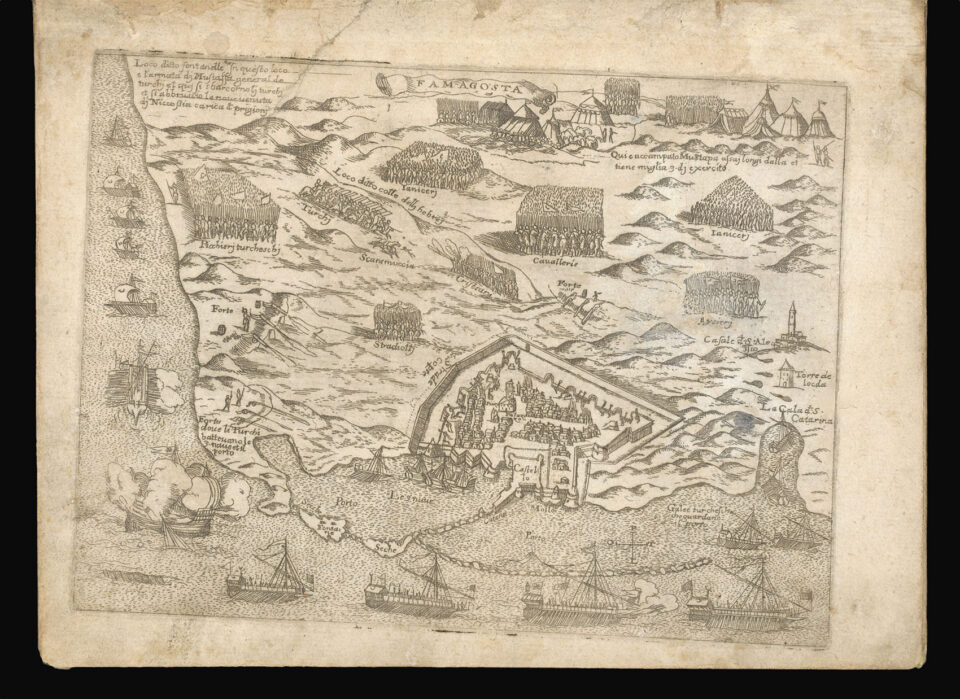 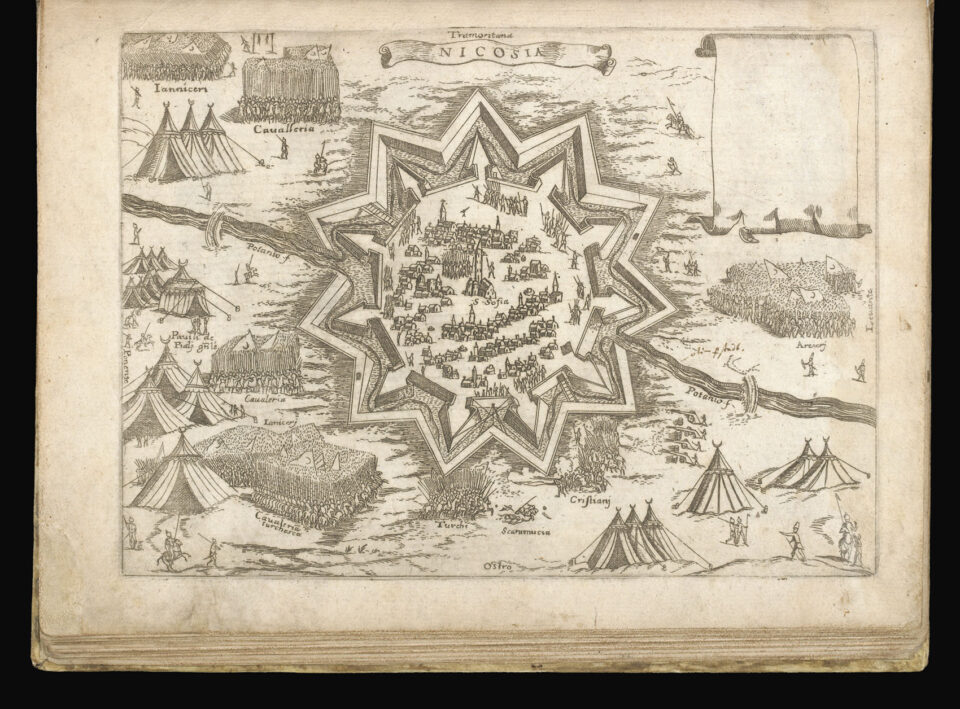 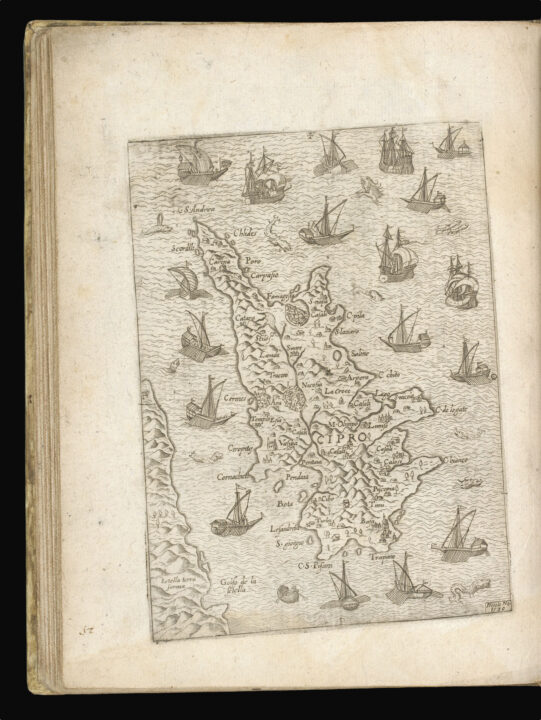