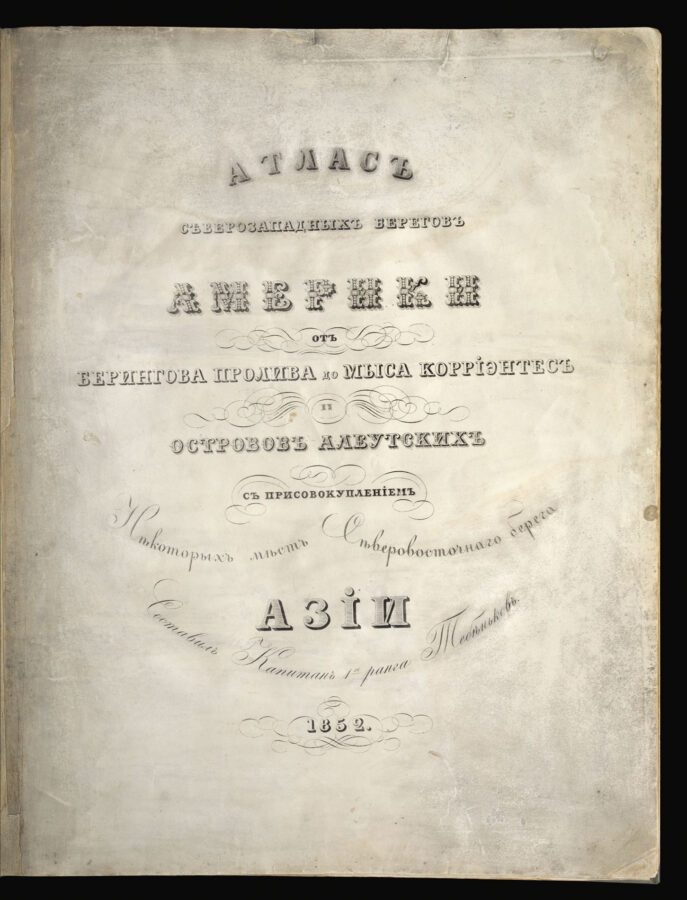 “An outstanding and painstaking work by a naval officer and hydrographer who spent 25 years in Alaska and the North Pacific, reaching the highest position in the Russian-American colonies, that of Chief Administrator” (Lada-Mocarski).

Mikhail Dmitrievich Tebenkov (1802–1872), a graduate from the Naval Cadet Corps School, joined the Russian American Company in 1825. His first voyage to North America, in the early 1830s, took him to Norton Sound, where he made several surveys; this was followed by a voyage from Kronstadt to Sitka in 1835, on the Russian American ship Elena. Tebenkov rapidly rose through the ranks and, in 1845, became the director of the Russian American Company and the governor of Russian America; a post he would hold until 1850. It was during his time as governor that a detailed maritime survey of the northwest coast of America was undertaken, which resulted in the publication of the present work.

Initially, Tebenkov wanted to include only the charts of the less explored area, between the Bering Strait, and the Alaskan peninsular and surrounding islands, even though the Russian American Company’s ships regularly sailed all the way to the Gulf of California. At the time, the Company relied on maps by George Vancouver, whose charts of the northern Pacific Ocean were regarded as the most precise. However, the growing scarcity of Vancouver’s work, along with recent discoveries that showed errors in some of Vancouver’s calculations, made Tebenkov change his mind and include updated maps of the northwest coast of America down to the latitude 20°N in the atlas.

In addition to the data collected during the voyages and expeditions of the Russian American Company’s ships, Tebenkov had access to unpublished expedition journals and logbooks, collected in the archives of the Russian colonies in America since 1782. Other important sources were cartographic drawings and verbal information obtained from the Inuit and Aleut peoples, which helped to preserve many aboriginal geographic names.

In October 1850, Tebenkov surrendered the management of the colonies and returned to St. Petersburg, where he supervised the completion and publication of the atlas.“The compilation of the atlas was accomplished by Tebenkov in Novoarkhangelsk [today’s Sitka]. According to him the maps [variously dated 1848–50] were engraved on copper by the Creole Grigory Klimovich Terentiev (b1818). However, George Davidson of the US Coast Survey states that the maps were engraved by another Creole, Captain Mikhail Kadin (c1830-1868), who was one of the best draftsmen in the service of the Russian-American Company, producing many valuable maps that were later used by the US Coast Survey in Washington. American scholars Clarence Andrews and Richard Pierce with good reason assume that Mikhail Kadin drafted the charts, while Terentiev engraved them. Be that as it may, the main author of the atlas is Tebenkov, and he accomplished it at the highest scientific and methodological levels of his time.“

The atlas opens with a large general map of the northern part of the North Pacific; charts I—XVIII show the northwest coast of America, from Bering Bay in Alaska down to the Gulf of California, including the cities of San Francisco, Monterey and San Diego; charts XIX-XXX and XXXVIII delineate the peninsula of Alaska, Kodiak and Aleutian Islands, and adjacent areas; charts XXXI– XXXVII show the eastern shores of Asia. The present work also contains the rare lithograph view of Sitka.

The work was favourably received at the time, and in an independent report commissioned by the Russian Ministry of the Navy, Captain Pavel Kruzenstern (1809–1881), the son of the famous admiral Ivan Kruzenstern, wrote that the atlas was arguably the only reliable guide for sailing in that region. The work received further praise from Ferdinand von Wrangel, Minister of the Navy between 1855–57, who ​“maintained that Tebenkov’s work filled important gaps in the hydrography of these regions and was much more perfect than any preceding works” (Postnikov and Falk).


Rarity
We are only aware of two previous examples appearing at auction in the last 50 years. A John Howell catalogue (1970), contained a presentation copy including the view of Sitka, present as here. 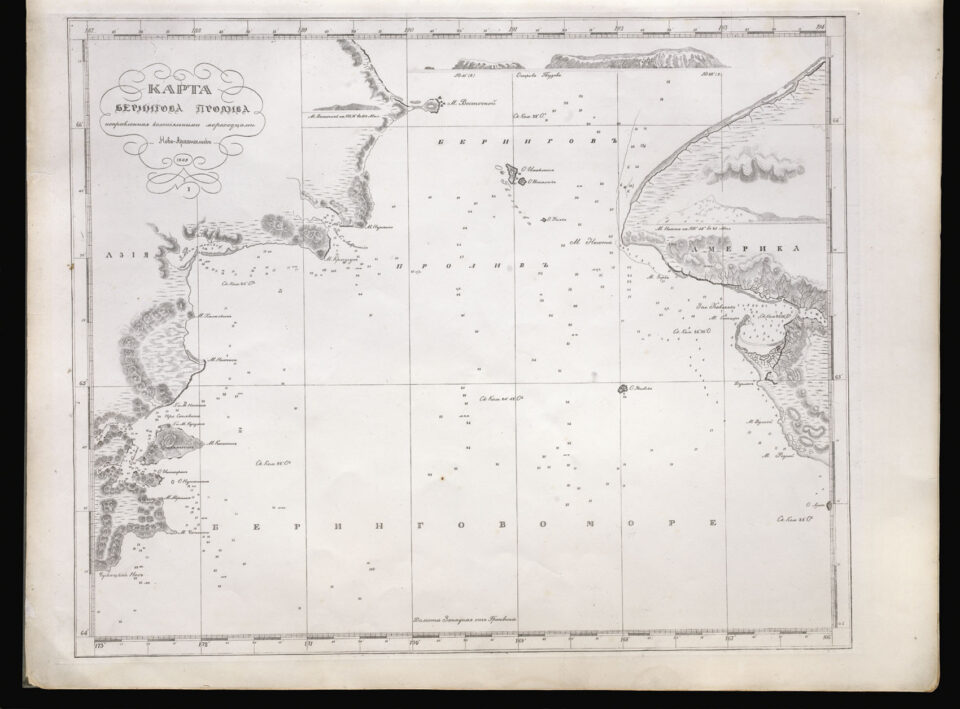 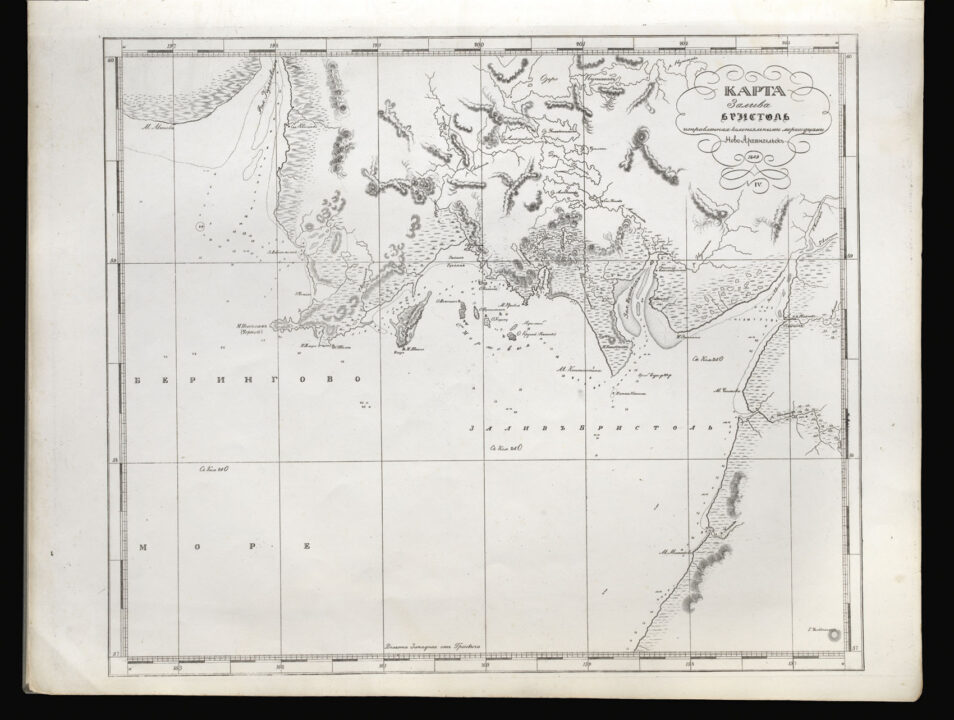 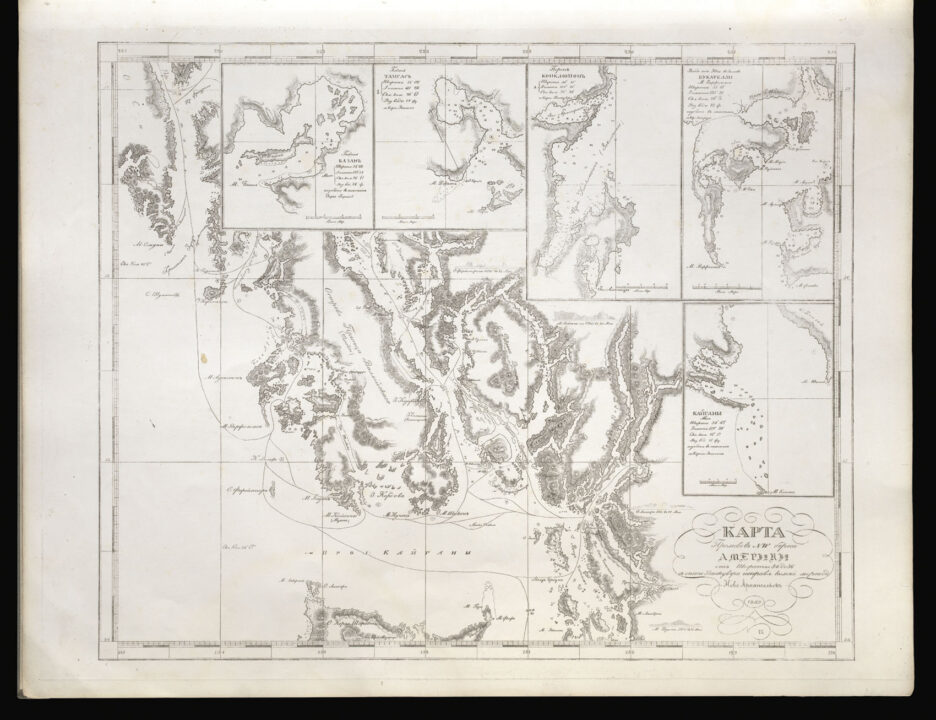 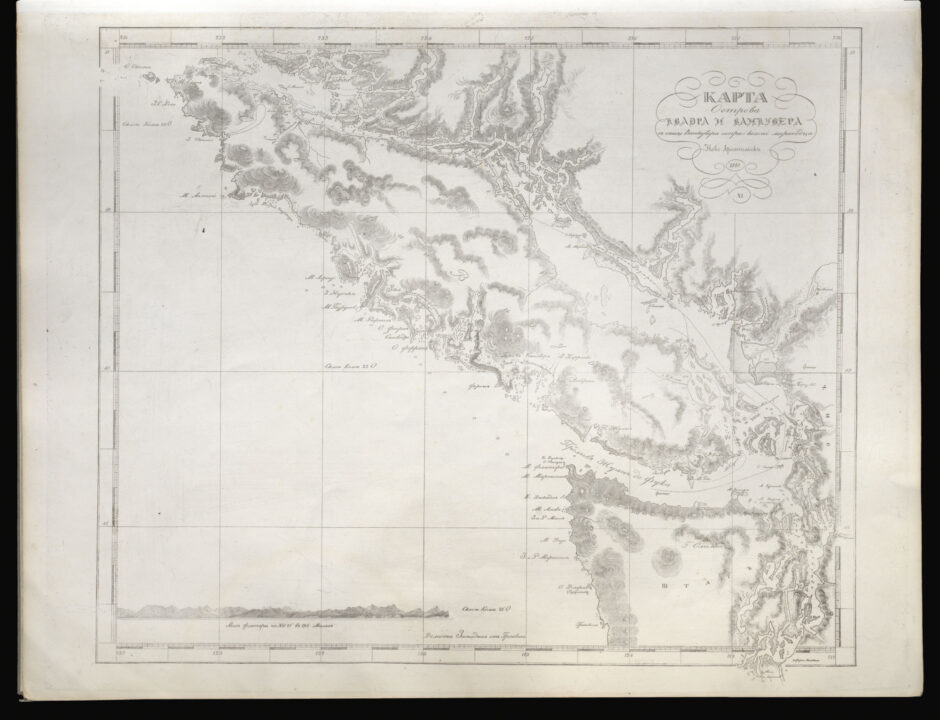 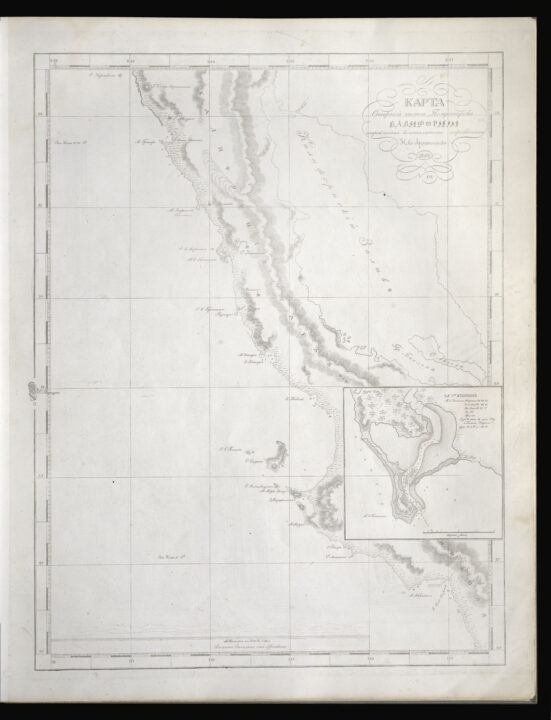