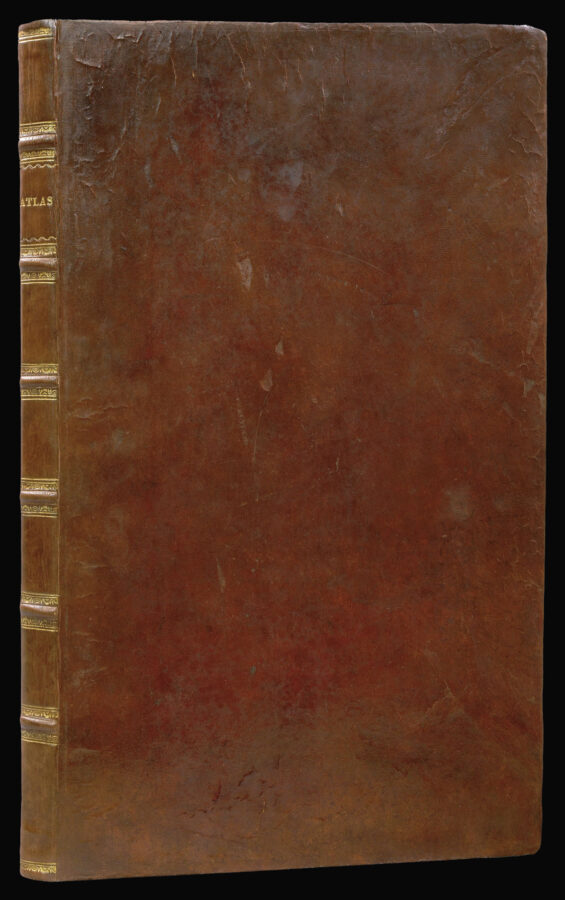 ​“To be sold by Auction, On Friday the 14th Instant… All the Copper Plates belonging to the Estate of Mrs Anne Lea, deceased, late of Cheapside… with the County Maps of Great Britain and Ireland, many of them done from an actual Survey thereof…”.

​“For many years George Willdey advertised his stock regularly in the newspapers, and almost from the start he sold maps… Evidently Willdey decided to enlarge his range of maps by bidding at the Lea sale of 1730, and among his purchases were the old Saxton plates. The first Willdey advertisement to be discovered mentions his new acquisition appeared in the Daily Post 3 February 1731/2:

The 70 maps of one Sheet each are as good as ever were done of the Size, most of them are actual Surveys, they contain… all of the Counties of England and Wales.

The one-sheet maps were sold singly at 4d. each. There is no mention of the county maps bound as an atlas with a title-page in this or any of the numerous advertisements for the maps which appeared in the following five years until Willdey’s death in 1737… [However] it is unlikely that this enterprising retailer, the ​‘most noted Toyman in Europe’ would have long overlooked the possibility of offering a county atlas and it seems reasonable to suppose that the atlas was made available at around the same time as the loose maps, in 1732” (Hodson).

Petty was born and buried in Romsey. His father and grandfather were clothiers. He was a precocious and intelligent youngster and in 1637 became a cabin boy, but was set ashore in Normandy after breaking his leg on board. After this setback, he applied in Latin to study with the Jesuits in Caen, supporting himself by teaching English. After a year, he returned to England, and had by now a thorough knowledge of Latin, Greek, French, mathematics, and astronomy. After an uneventful period in the Navy, Petty left to study in Holland in 1643, where he developed an interest in anatomy. Through an English professor in Amsterdam, he became the personal secretary to Thomas Hobbes allowing him contact with Descartes, Gassendi and Mersenne. In 1646, he returned to England and, after developing a double-writing instrument with little success in sales, he studied medicine at Oxford University. He befriended Hartlib and Boyle, and he became a member of the Oxford Philosophical Club.

By 1651, Petty was an anatomy instructor at Brasenose College, Oxford, as deputy to Thomas Clayton the younger. He was also Gresham Professor of Music in London, a friend of Samuel Pepys, and a founder member of The Royal Society. In 1652, he left on a leave of absence and travelled with Oliver Cromwell’s army in Ireland, as physician-general. His breadth of interests was such that he successfully secured the contract for charting Ireland in 1654, so that those who had lent funds to Cromwell’s army might be repaid in land – a means of ensuring the army was self-financing. This enormous task he completed in 1656 and became known as the Down Survey, later published (1685) as Hiberniae Delineatio, the present atlas. As his reward, he acquired approximately 30,000 acres (120 km²) in Kenmore, in southwest Ireland, and £9000. This personal gain to Petty led to persistent court cases on charges of bribery and breach of trust, until his death.

Back in England, as a Cromwellian supporter, he ran successfully for Parliament in 1659 for West Looe. Petty was knighted in 1661 by Charles II and returned to Ireland in 1666, where he remained for most of the next twenty years.

Petty’s work in political arithmetic laid the foundation for modern census techniques. Moreover, this work in statistical analysis, when further expanded by writers like Josiah Child documented some of the first expositions of modern insurance. However, he is best remembered for his theories on economics and he is credited with the invention of the philosophy of ​‘laissez-faire’ in relation to government activity.

He helped found the Dublin Society in 1682. Returning ultimately to London in 1685, he died in 1687. In 1858 Henry Petty-Fitzmaurice, 3rd Marquess of Lansdowne, one of Petty’s descendants, erected a memorial and likeness of Petty in Romsey Abbey. The text on it reads: ​“A true patriot and a sound philosopher who, by his powerful intellect, his scientific works and indefatigable industry, became a benefactor to his family and an ornament to his country”. A monumental slab on the floor of the south choir aisle of the Abbey reads ​‘HERE LAYES SIR WILLIAM PETY’. 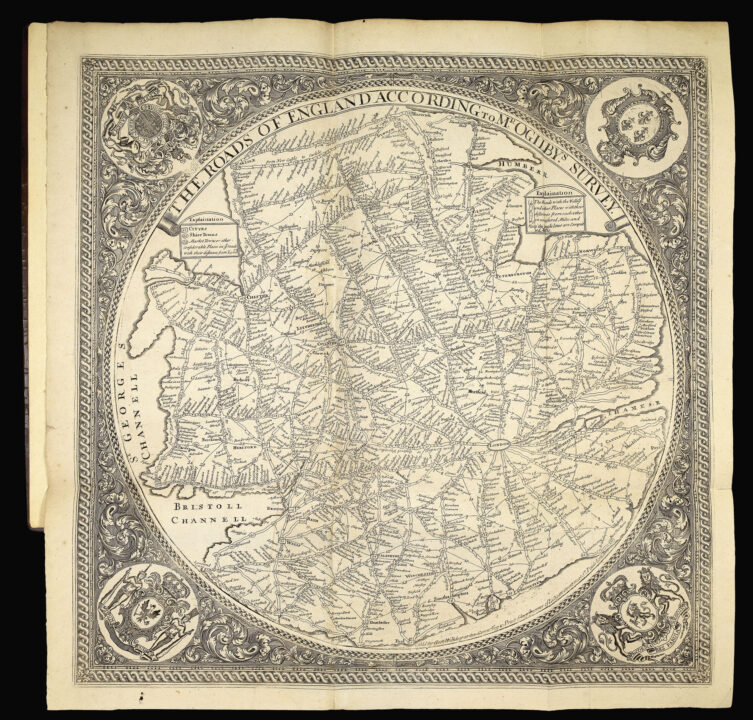 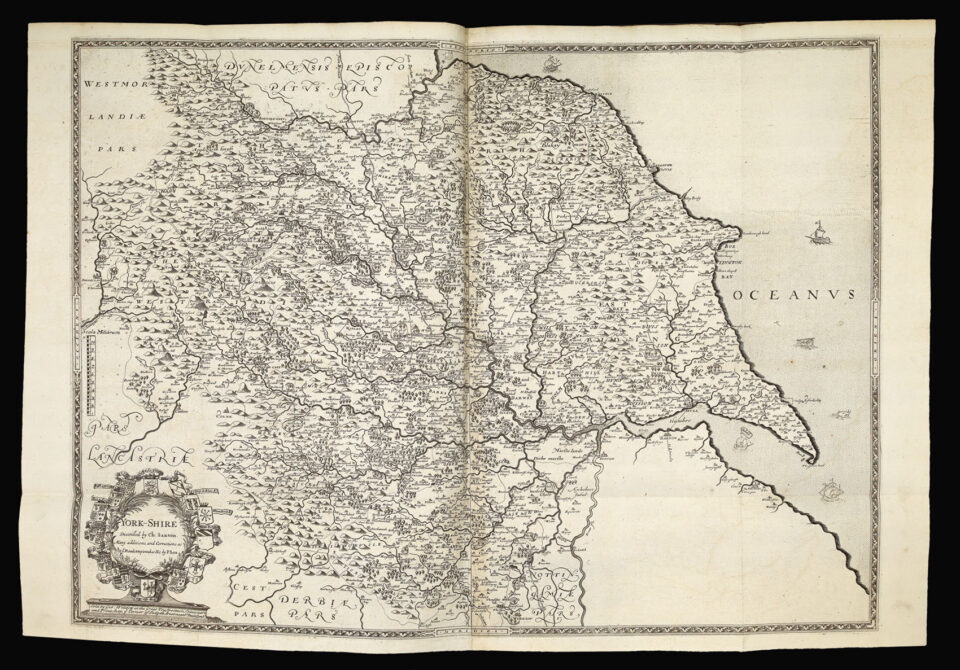 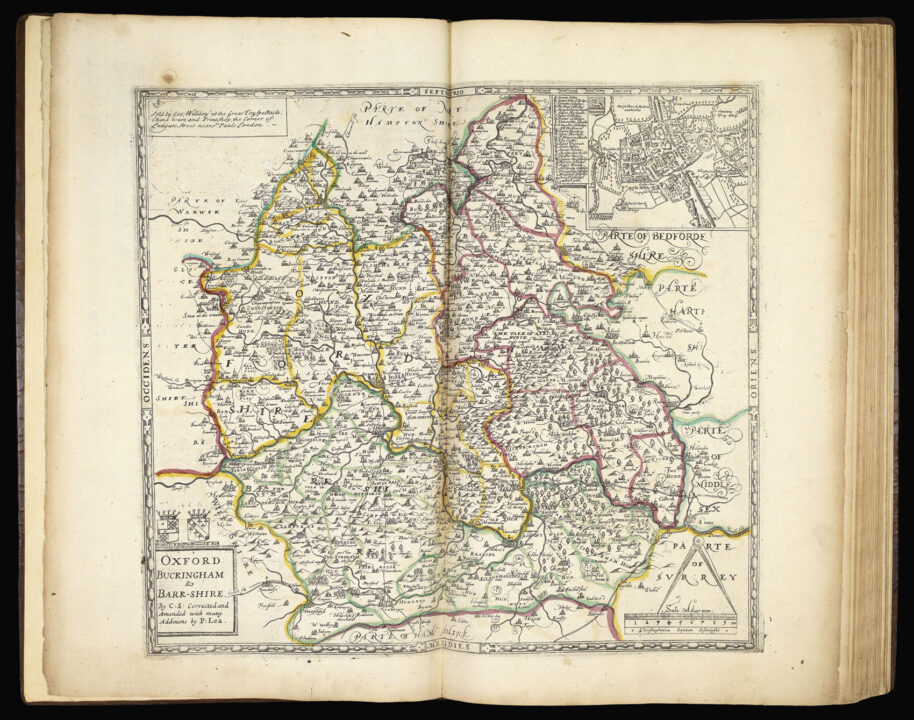 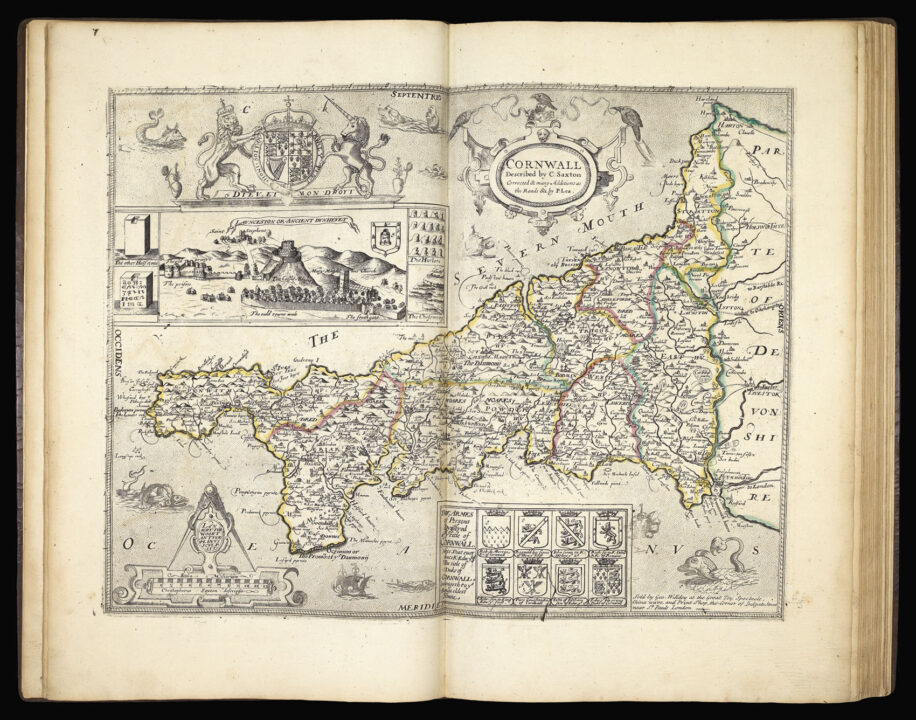 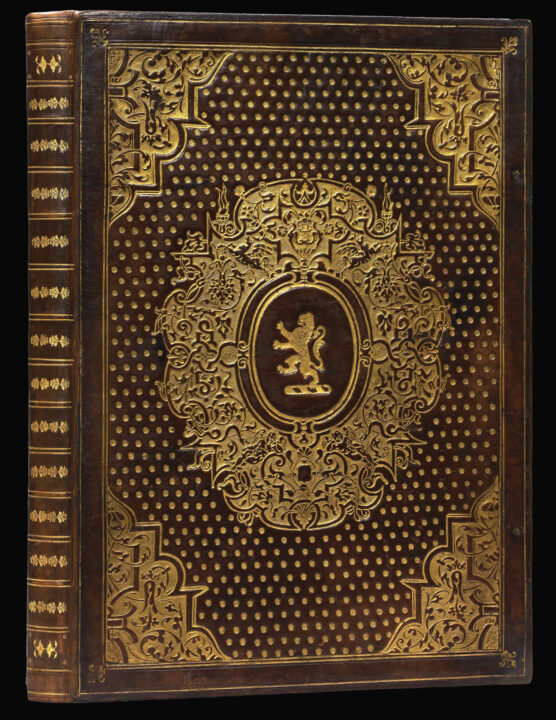 Christopher Saxton 1579.
An Atlas of England and Wales.