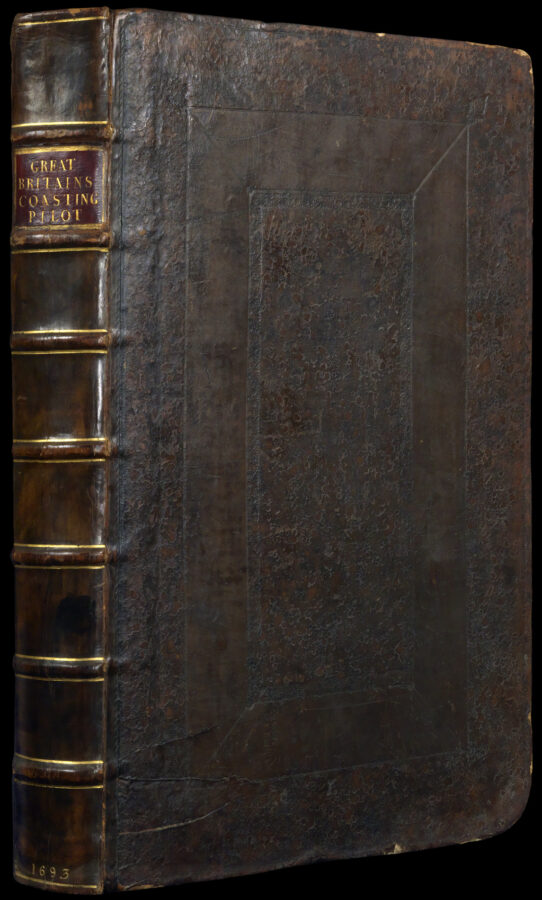 Great Britain’s Coasting Pilot. Being A New Survey of the Sea Coast By Capt. Greenville Collins Hydrographer to their Majestys 1693.

Greenvile Collins’ work was not only the first systematic survey of British coastal waters, but also the first marine atlas of these waters engraved and printed in London from original surveys. Prior to its appearance English sailors relied on often out-dated Dutch materials. The survey was carried out between 1681 and 1688, beginning with the south coast, and covering all of the British coasts except western Ireland and western Scotland. Although the complete atlas appeared in 1693, some charts had been available for sale as separate sheets sometime between 1689 and 1693.

As noted by Verner, a few early copies contain charts in their earlier forms: the present example contains at least three of these. They are (in sequence): (1): plate 12 (Verner 5: Portland Bill), which appears to be an intermediate state between 1 and 2 showing the sandbanks mentioned, but with the alteration of the lower left corner of the plate; (2): [unspecified plate] (Verner 45: St George’s Channel), in state 1; (3): [unspecified plate] (Verner 46: River Avon), which appears to be an earlier form still of Verner’s state 1 before the addition of the dedication cartouche, and thus possibly a proof state. The large folding chart of the English Channel (chart 6 in this copy) appeared in this edition only.

The atlas also includes Philip Lea’s rare, separately issued map of England and Wales in its preliminary state, with many of the lesser inland towns marked, but not named.

Once the property of Narcissus Luttrell (1657–1732), diarist, bibliographer, and, briefly, Member of Parliament. He wrote a chronicle of Parliament from 1678 to 1714, distilled from his diary. 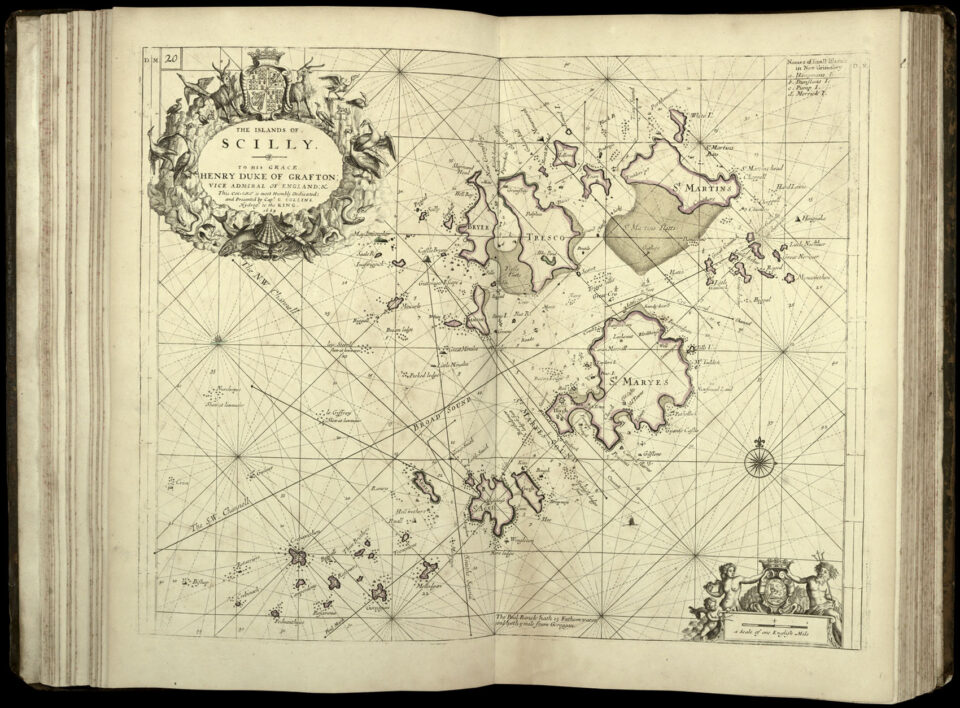