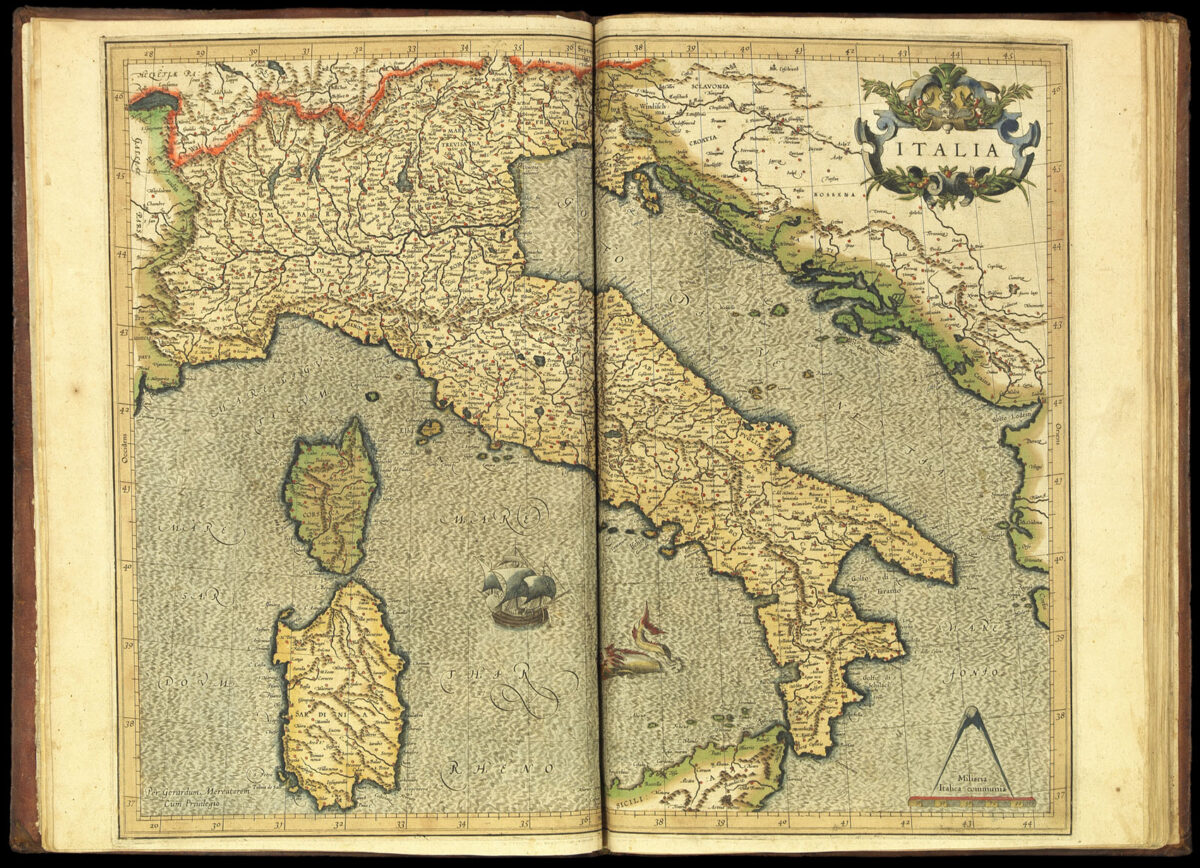 A fine example of Mercator’s atlas of Italy, the Balkans, and Greece in fine contemporary colour.

Mercator would not begin his great Atlas or cosmography until relatively late in life.
The impetus for which came when he was employed as cosmographer to Duke William IV of Kleve, in 1563. Being the ever diligent subject Mercator felt obliged to compile a cosmography for the duke. Mercator’s intention was to produce a work that consisted of 5 books and covered the whole world. The first book would cover the creation; the second the heavens; the third geography; the forth history; and the fifth chronology. He intended to draw all the maps, write all the text, and cut all the plates himself.

Unsurprisingly the ambitious project would require more time than he could afford to give it and he was only able to complete a few of the parts: the creation; the maps for Ptolemy’s Geographia — part of the geographical section — in 1578; and four of the modern parts; the first three were published together in 1585 and covered France, the Low Countries, Germany, with the fourth part — the present atlas — covering Italy, the Balkans, and Greece appearing in 1589. Mercator died on the 2nd December 1594, leaving the responsibility for completion of the cosmography to his son Rumold. The completed atlas, which included maps of the world and continents, together with the fifth modern part covering the rest of Europe, would be published by Rumold in 1595.

Gerard Mercator (1512–1594) was born on the 5th March 1512 at Rupelmonde near Antwerp. In 1530, he began attending Leuven University, where he studied philosophy and mathematics under the tutelage of the renowned scholar Gemma Frisius. He was soon recognised as an expert in land surveying and in the construction of mathematical instruments. However, his first recorded cartographic work would be as an engraver, when he worked on Frisius’s celestial globe of 1537. In the same year he produced his first map: a six sheet map of the Holy Land. This was shortly followed by a cordiform world map the following year, with a nine sheet map of Flanders appearing in 1540. However, the majority of his income was derived from the production of scientific instruments, especially globes.

In 1552 he moved to Duisburg in the Duchy of Kleve. During his time there he would produce his most important maps, these included: his wall map of Europe, 1554; map of Lorraine, 1564; the wall map of the British Isles, 1564; and his seminal 21 sheet world map upon which he displayed his eponymous projection for the first time. His prodigious output soon came to the attention of the local lord, Duke William V, who in around 1563 employed Mercator as the court cosmographer. 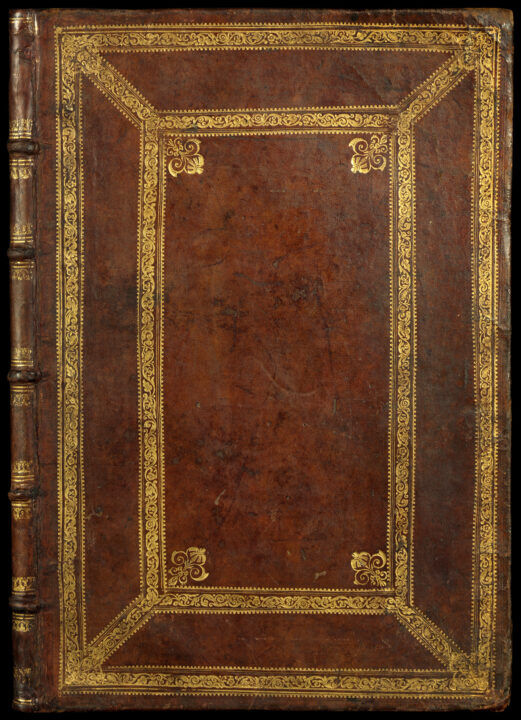 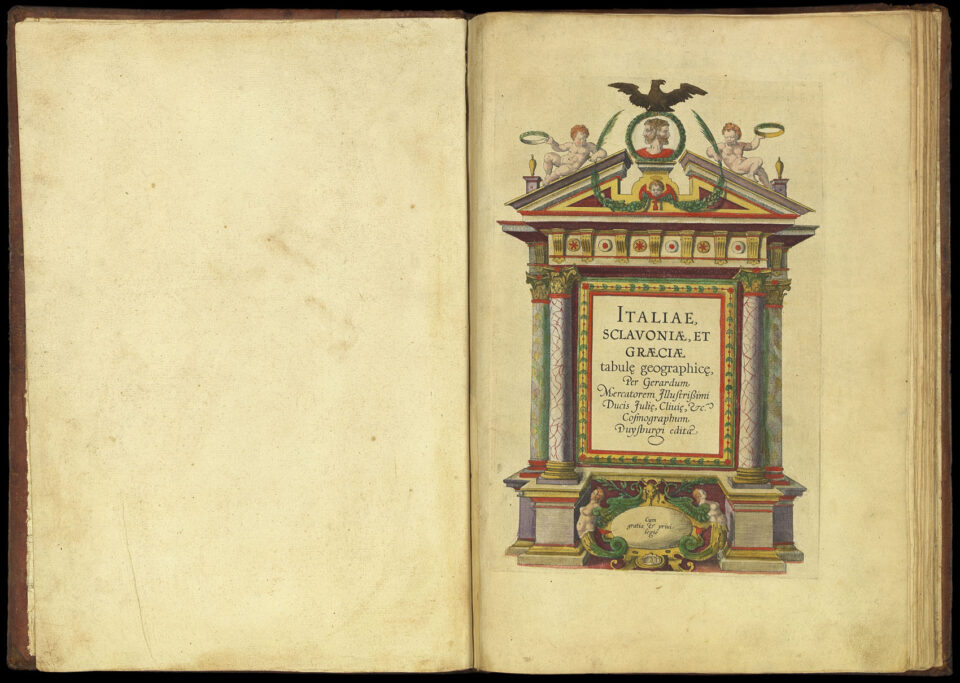 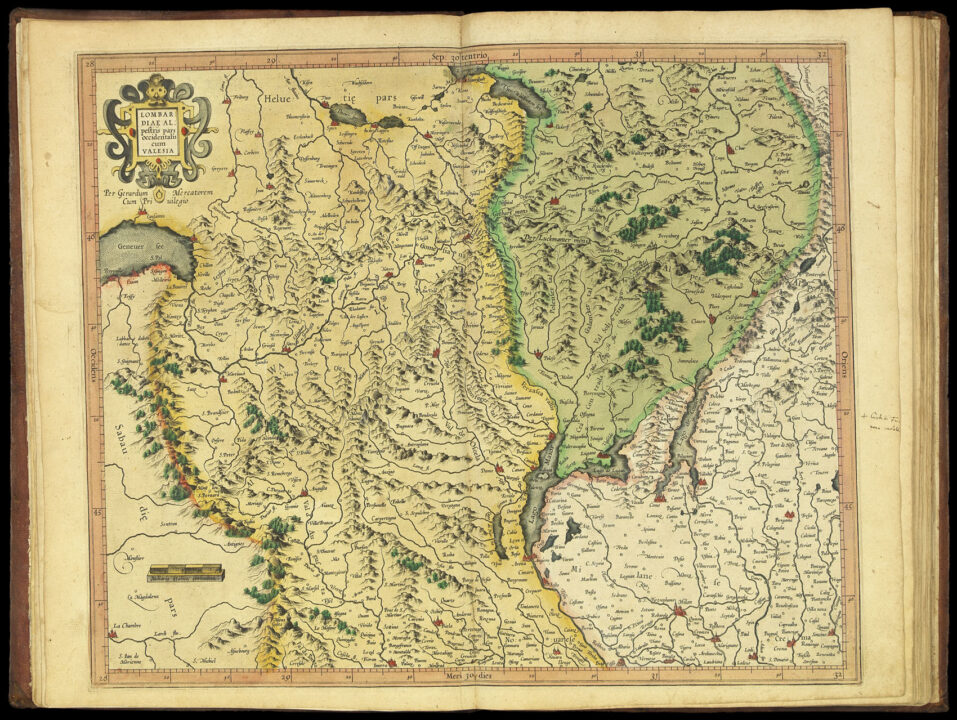 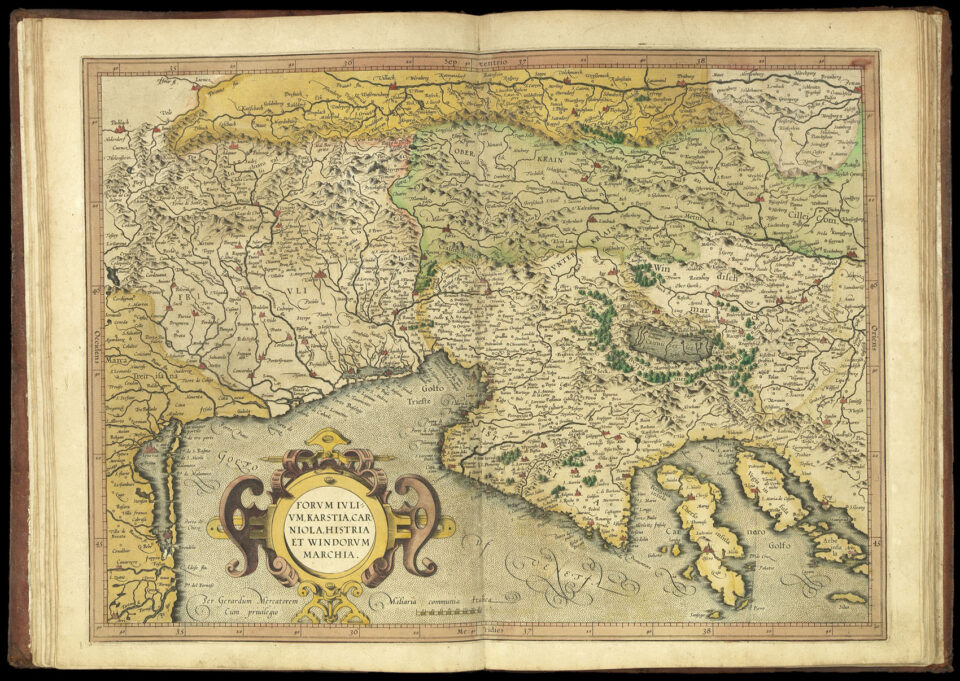