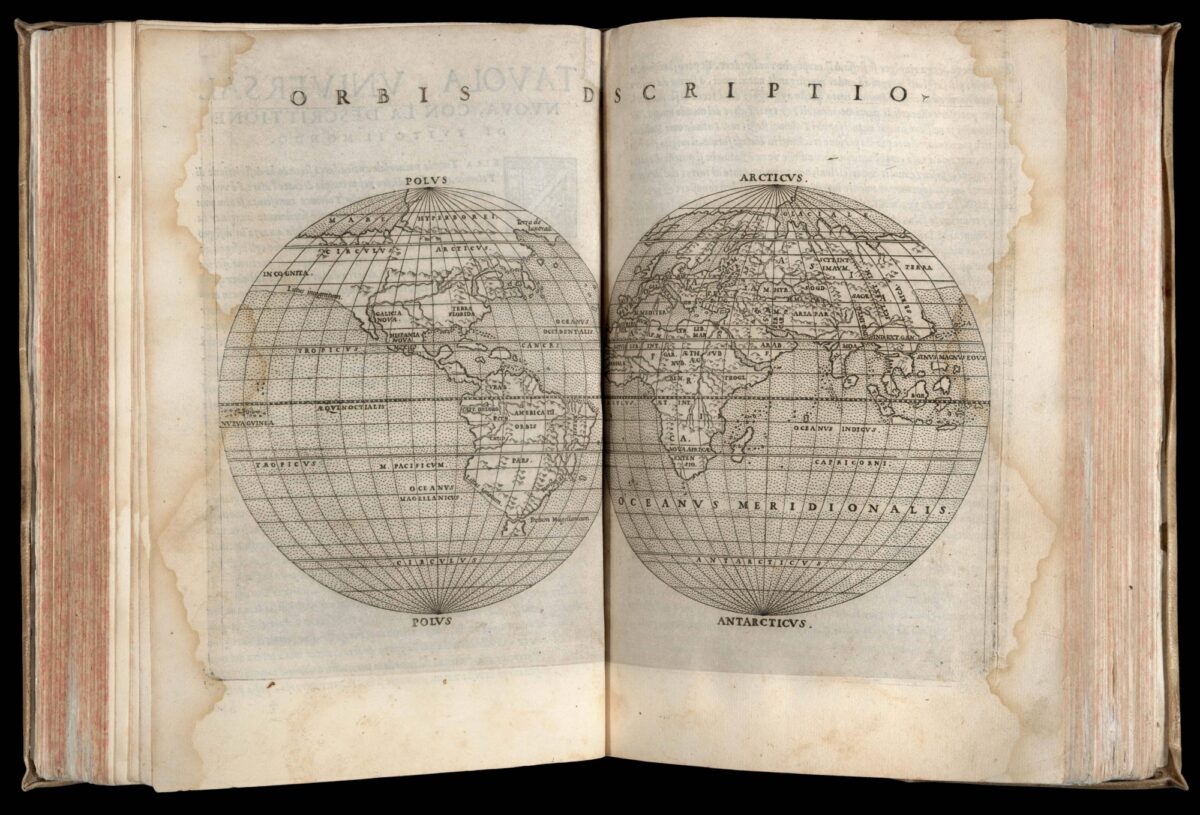 By MERCATOR, Gerard and HONDIUS, Jodocus, 1637

Historia Mundi: or Mercator’s Atlas Containing his Cosmographicall Description of the Fabricke and Figure of the World.

The English edition was translated by Wye Saltonstall, an English poet, from the 1607 ​‘Atlas Minor’ published by Jodocus Hondius and Gerard Mercator, which came into the hands of London printers some time after 1621. There appears to have been considerable public demand for an English version of Mercator’s work, the first group of uniformly conceived and drawn maps to be collected together under the name ​‘atlas’. Most of the maps are also printed from the plates of the ​‘Atlas Minor’, although Shirley states that an extra forty-five plates were engraved for this English edition, some of these by Pieter van den Keere.

The second issue of the English edition is notable because it contains Ralph Hall’s map of Virginia. Sabin notes ​“The buyer should be careful to secure a copy of the second issue with the rare map of Virginia… A change of owners took place two years after the first publication, and the frontispiece was re-engraved, having Sparke’s name alone, with ​‘Second Edytion’ added, and the date changed”. The first issue was published with a duplicate map of New Spain and an apologetic note in the errata from the publishers: ​“there is no Map for Virginia in regard there is a more exact Map drawing in that Country, whose Platforme is not yet come over, but when it comes, every buyer of the Booke shall have it given him gratis”.

The map of Virginia, engraved by Ralph Hall, was commissioned for the first edition, but was not completed until 1636. It was made partly after John Smith’s map of the state, published by Michael Sparke in ​‘The Generall Historie of Virginia’ in various editions from 1624 to 1631. Hall takes several liberties with Smith’s geography, including the addition of the fictitious place of ​“Hall-poynt”. The text note contains a reference to ​“New Virginia”, which here means the Jamestown settlements as opposed to Raleigh’s Virginia. The cartouches to the side contains views of Native Americans worshipping an idol, a charnel house and a settlement with a palisade. 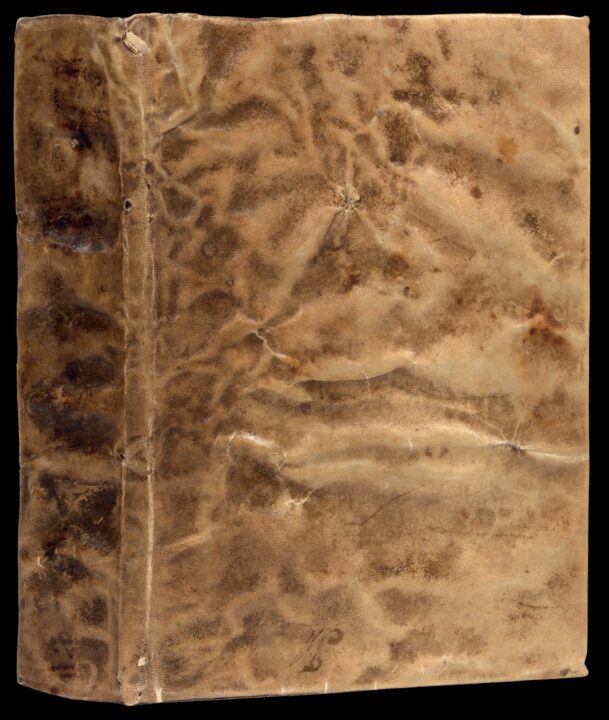 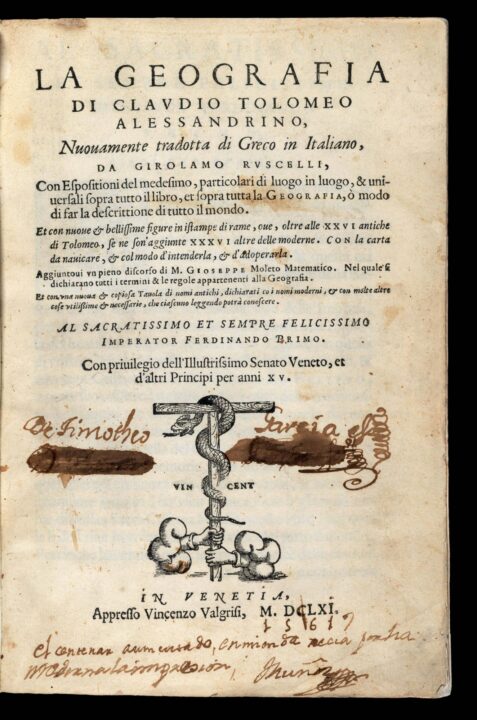 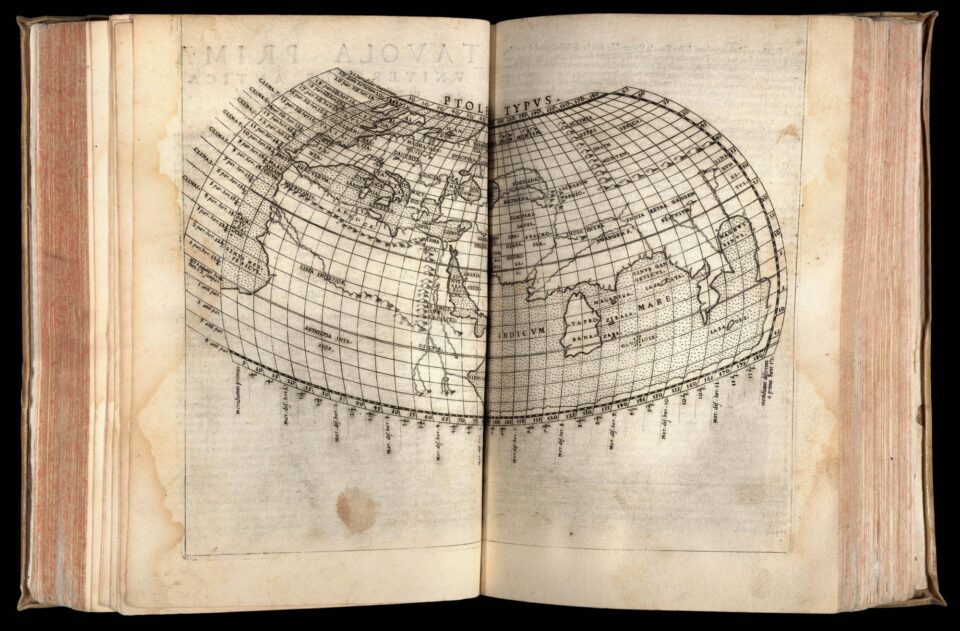 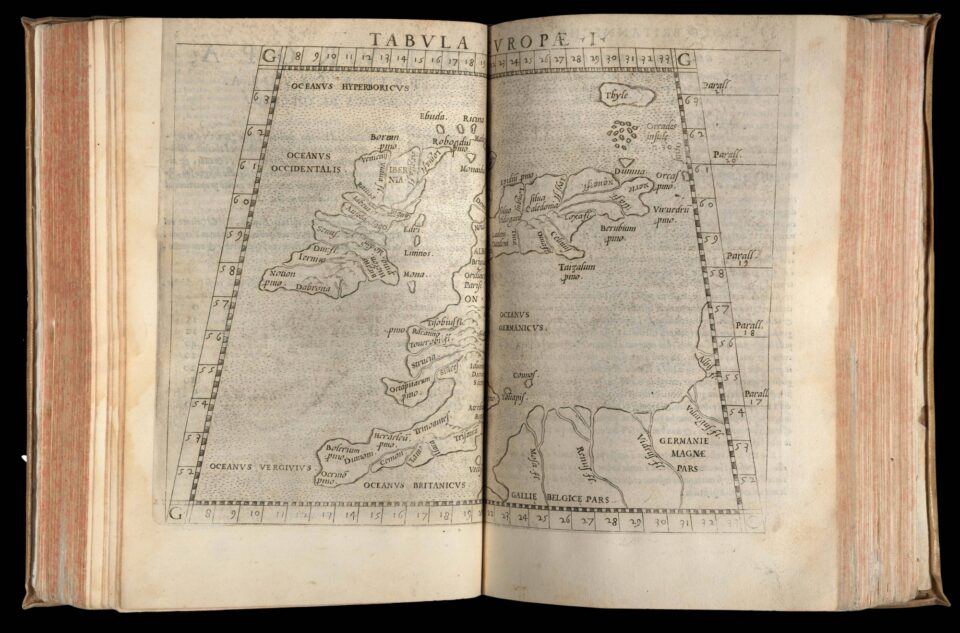 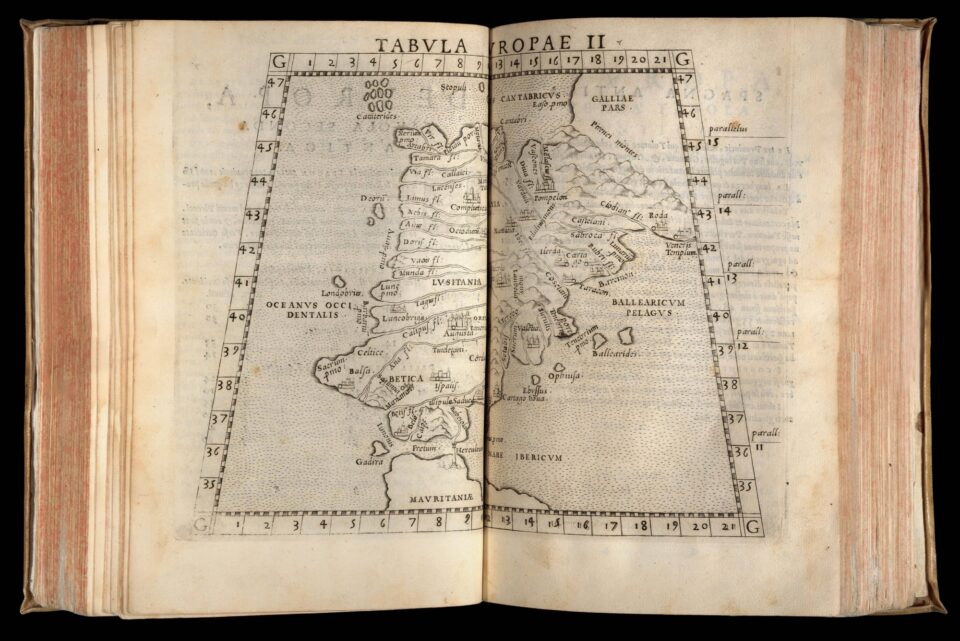