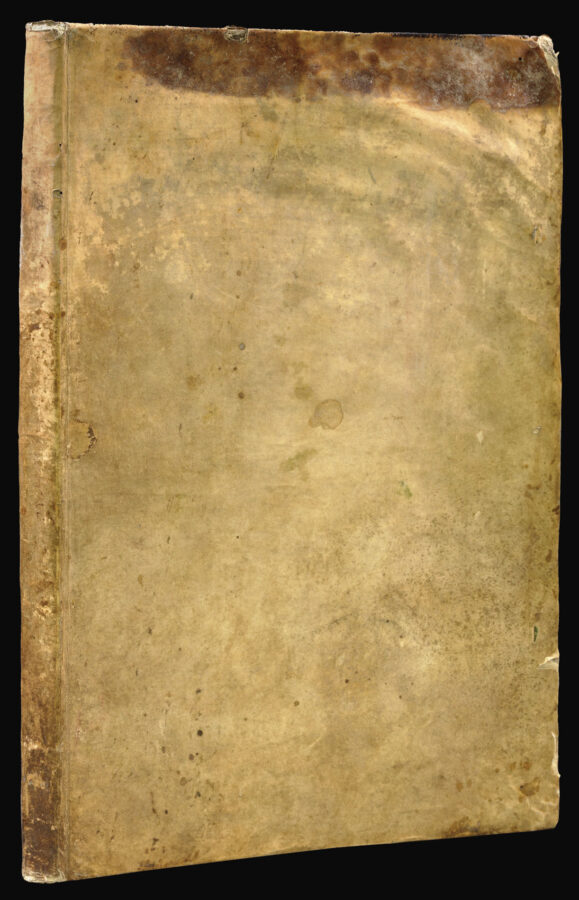 Mercator’s first and most elegant atlas

By PTOLEMAEUS, Claudius [and] Gerard MERCATOR, 1578

Mercator’s first atlas, and an early issue of his edition of Ptolemy’s Geography, without the Privilegio which was pasted onto the verso of the title-page of later issues once Mercator had received the consent to publish his atlas from the Courts of Vienna and Brussels.

The twenty-eight maps are some of the most beautiful engraved by Mercator, and include his world map on a Ptolemaic projection ​“Universalis Tabula”. ​“One of the most elegantly engraved of the Ptolemaic world maps” (Shirley 139), it is surrounded by an elaborate strapwork border with twelve named wind-heads. There follow ten maps of Europe, five of Africa, and twelve of Asia, including the eastern Mediterranean, the Middle East, India and Sri Lanka. The maps are accompanied by a preface, an index, and short text on the verso of each map.

Mercator (1512–1593) was born in Rupelmonde in East Flanders. He studied in Louvain under Gemma Frisius, a Dutch astronomer and mathematician, and began his career as a cartographer in that city, where the excellence of his work eventually won him the patronage of Charles V. In order to escape religious persecution, he moved in 1552 to Duisburg. There, he continued to produce maps, globes and instruments, including his most celebrated work, a world map on eighteen sheets drawn to his new projection (1569). In later life he devoted himself to the preparation of his three-volume collection of maps to which, for the first time, the word ​“atlas” was applied. The word was chosen, he wrote, ​“to honor the Titan, Atlas, King of Mauritania, a learned philosopher, mathematician, and astronomer.” Mercator’s sons and grandsons were all cartographers and made their contributions in various ways to the great atlas. His son Rumold, in particular, was responsible for the complete edition of 1595.

There were seven further editions of Mercator’s Ptolemy, with the plates issued up to 1730.

1. with the engraved armorial bookplate of Henricus Liber Baro de Gudenus, 1891, on the front paste-down 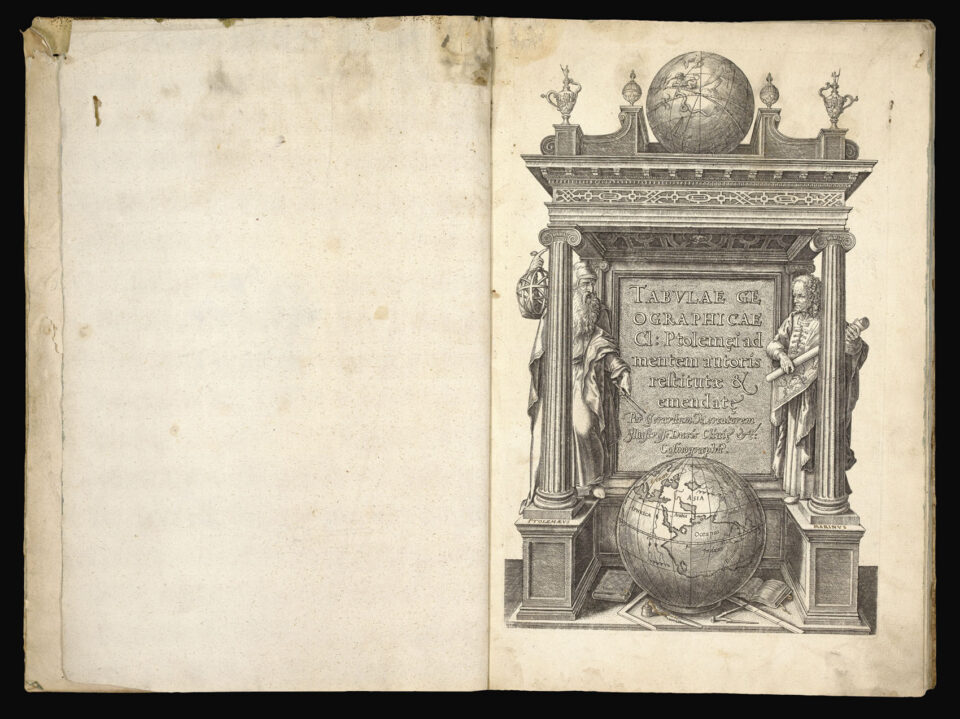 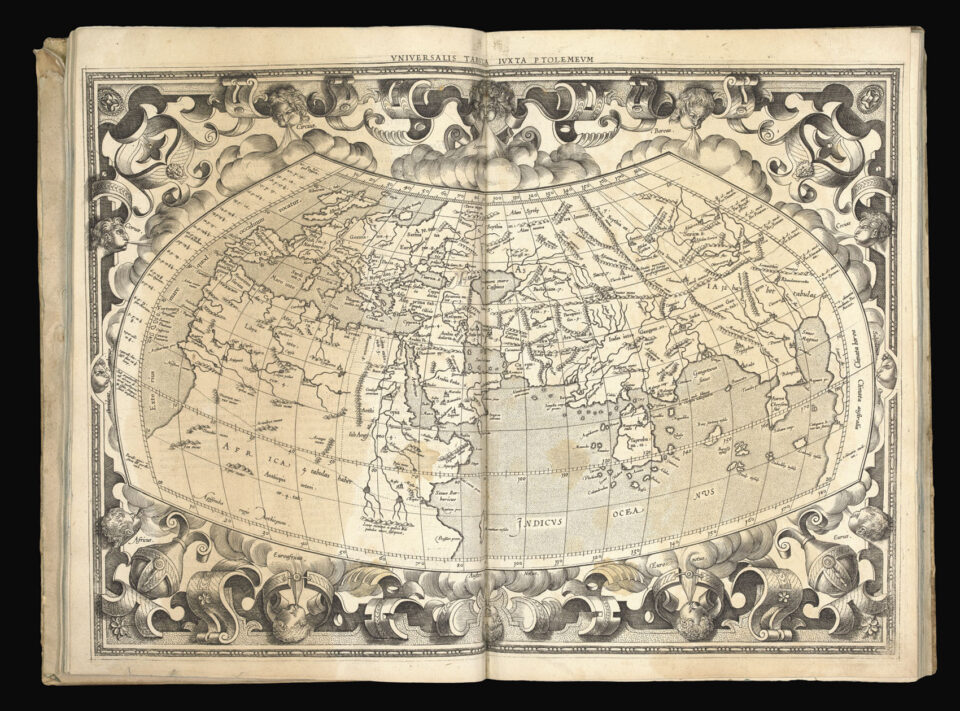 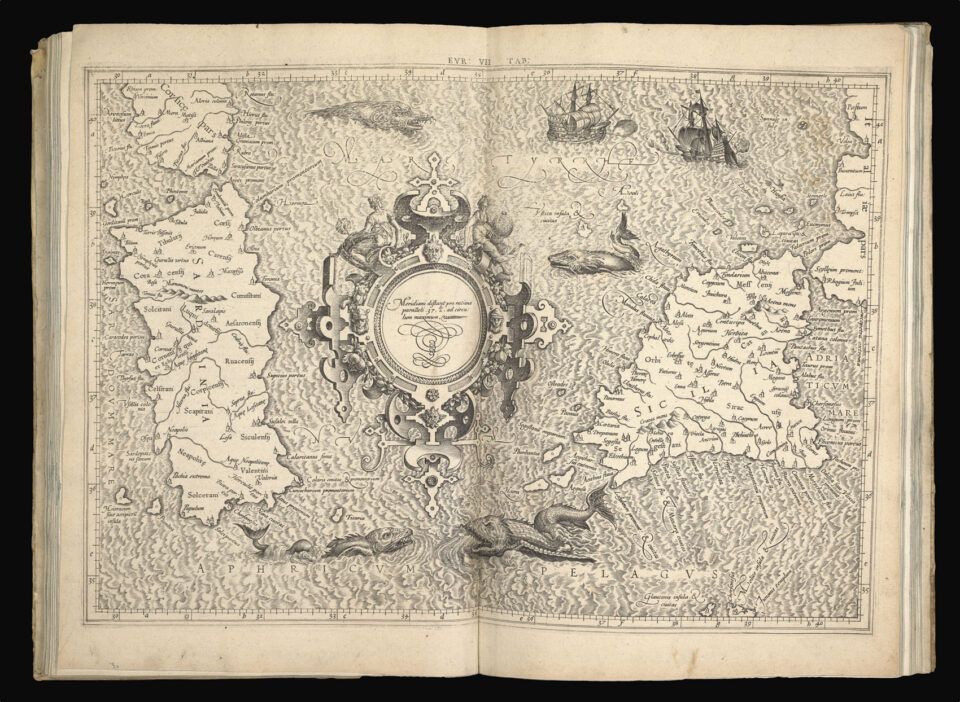 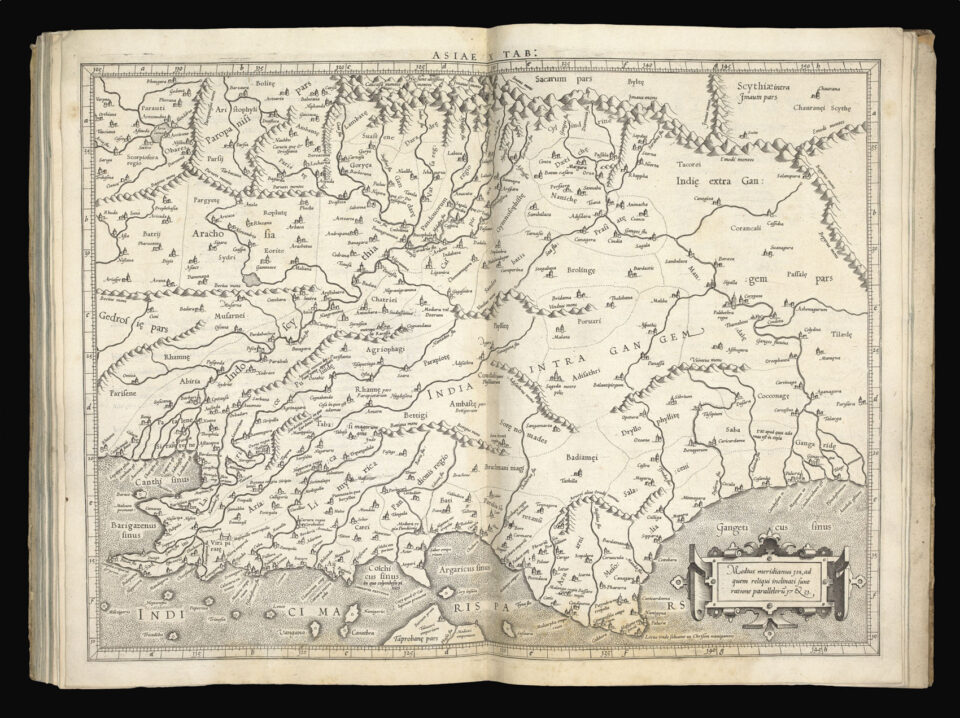