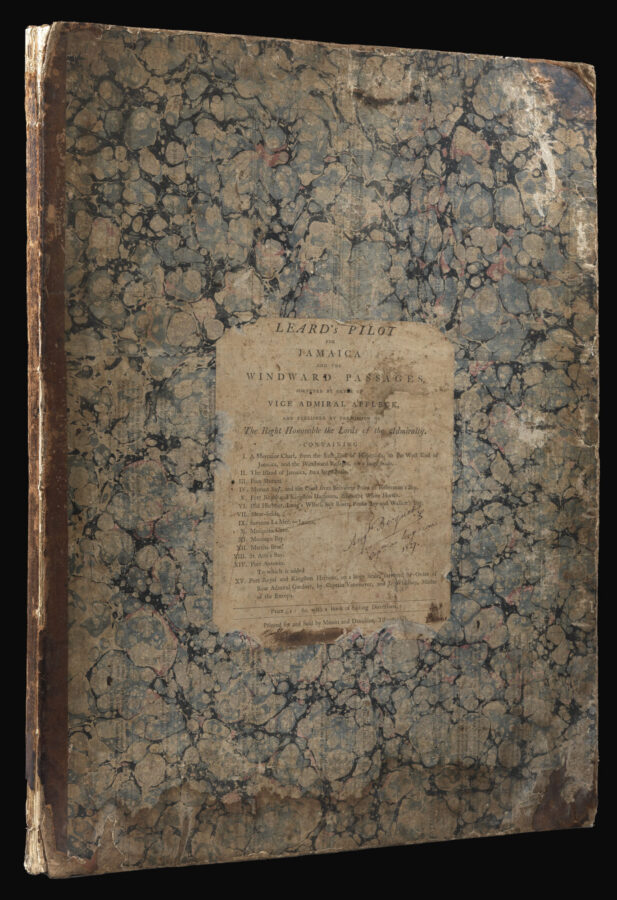 Leard’s Pilot for Jamaica and the Windward Passages surveyed by order of Vice Admiral Affleck, and Published by Permission of The right Honorable the Lords of the Admiralty.

Leard’s very rare atlas of the detailed charts of the Jamaican costline and surrounding waters, with only one complete example known, in the Library of Congress, without the title-page.

This extensive maritime survey of Jamaica, was commissioned by Philip Affleck (died 1799), and he published and equally rare 115-page text to accompany the charts: ​“Sailing directions for the island of Jamaica and St. Domingue, or Hispaniola, and the windward passages; to be used with the charts and plans that are published from surveys and observations made by order of Philip Affleck.… in part of the years 1789, 1790, 1791, and part of 1792 … prepared with the assistance of Leard in 1792”, printed in London by Daniel Bond.

Affleck spent many years stationed in the West Indies, defending the English interests there against the French. Initially dispatched to reinforce Sir George Rodney during the Anglo-French War in the spring of 1780, Affleck distinguished himself in the Battle of the Saintes, or the Battle of Dominica, between the 9th and 12th of April, 1782, although he later criticized Rodney for not pursuing the beaten enemy. Between 1790 and 1792 he was commander-in-chief of the Jamaica station. When he returned home to England he was promoted vice-admiral of the blue, one of the lords of the Admiralty under the earl of Chatham, and towards the end of 1793, elected vice-president of the marine society. By the time of his death in 1799 he had attained Admiral of the White.

Very rare: only one other example has appeared at auction since 1937, in 1972; only the Library of Congress records a complete example, catalogued under a different title, but without a title-page; the Biblioteca Nacional de Madrid and the British National Archives each hold a few separate maps. Of the Affleck’s accopmpanying sailing directions, only two examples are known: one in the American Philosophical Society, and another in the National Archives of Australia. Not listed in Biliographia Jamaicensis.

1. Early ownership inscription obscured at foot of label on front cover
2. Auguste Bocquet, ​“Captaine au long-cours, 1827”, his ownership inscription on the front cover, and annotations on the first map. By styling himself Captain of the Long-Cours, Bocquet is claiming membership of an elite class of master mariner, who had undertaken the long course or long haul route around Cape Horn in pursuit of their trade. The title was not introduced until 1825, and it is possible that this rare pilot was acquired/​captured by a French man-of-war during the Napoleonic wars. 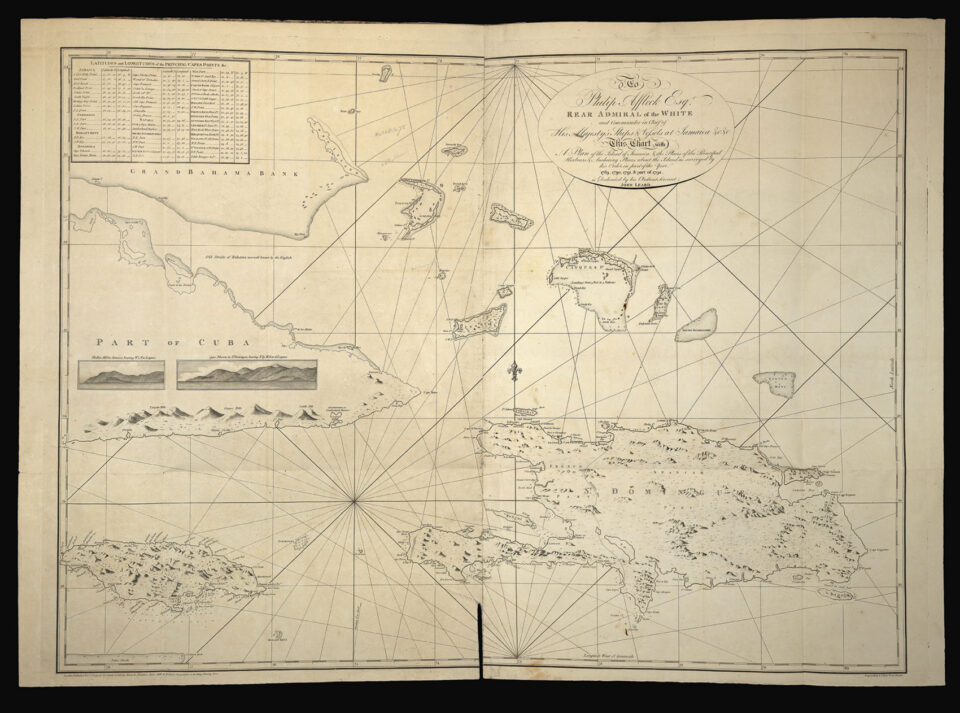 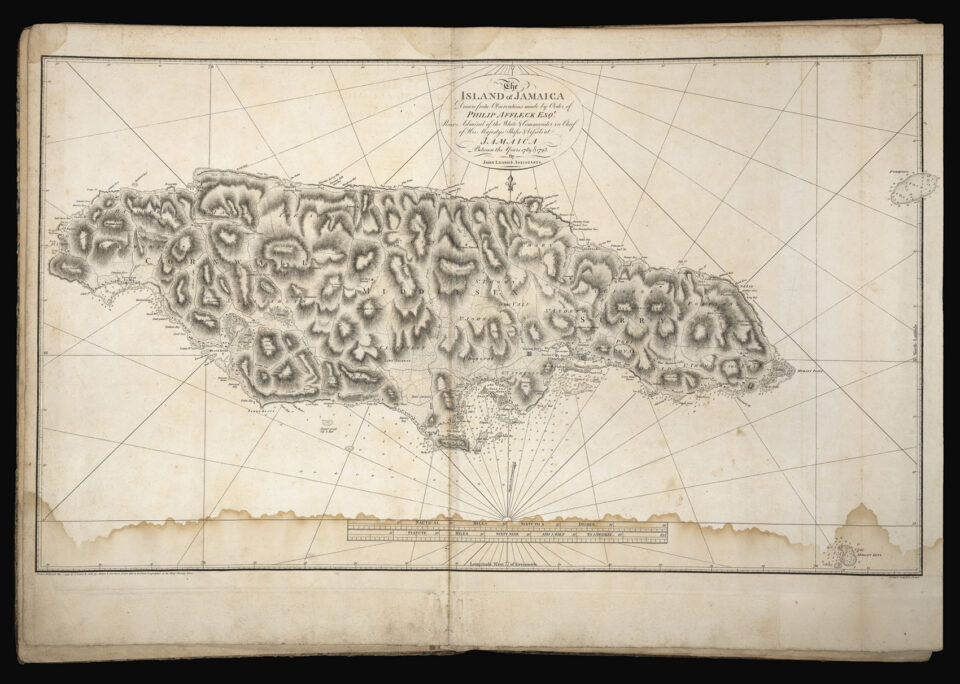 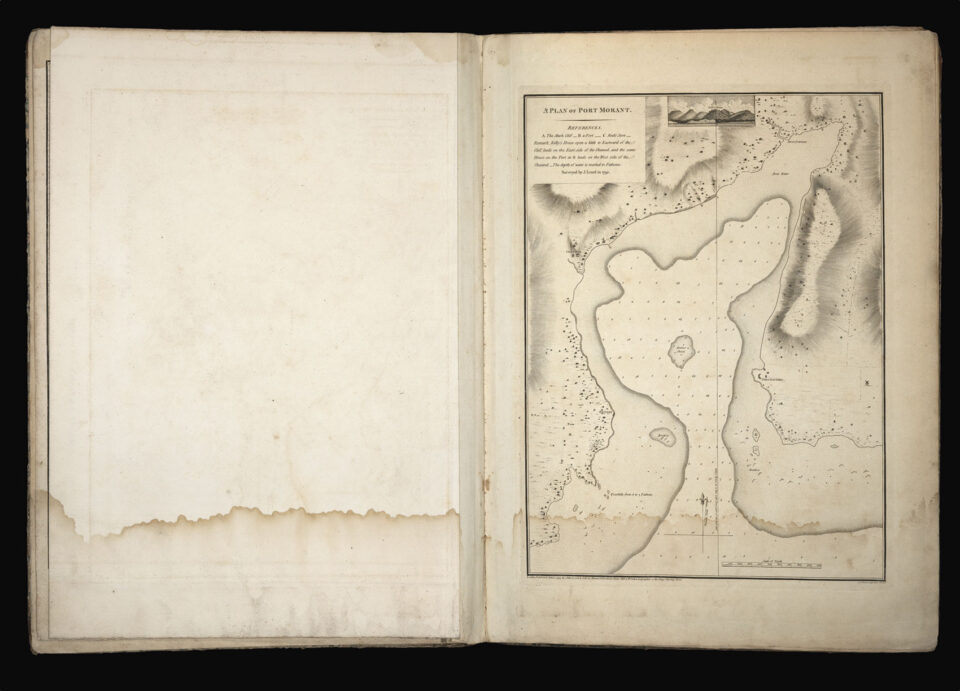 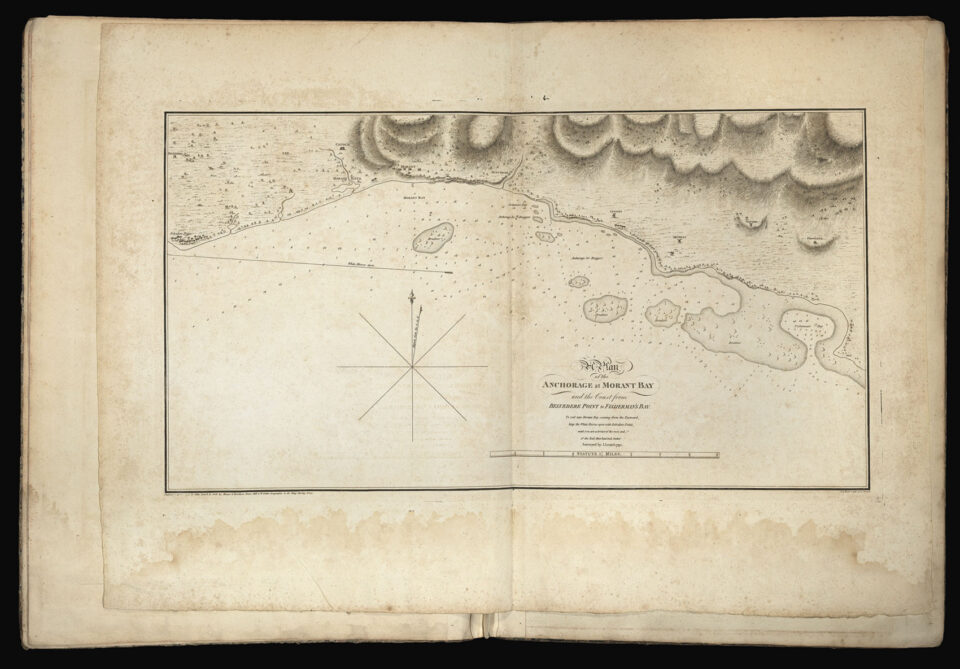 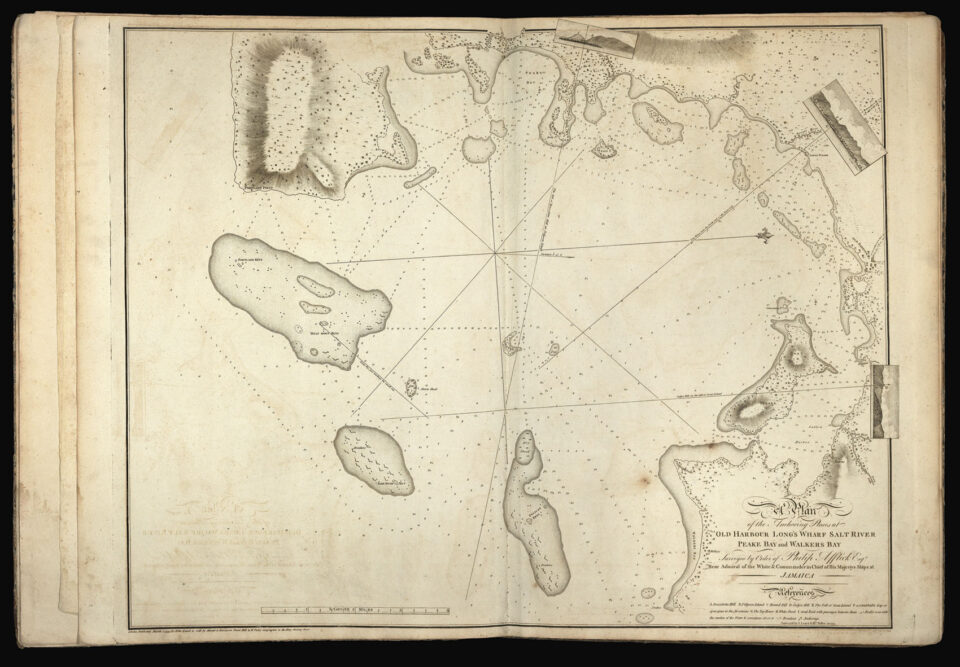