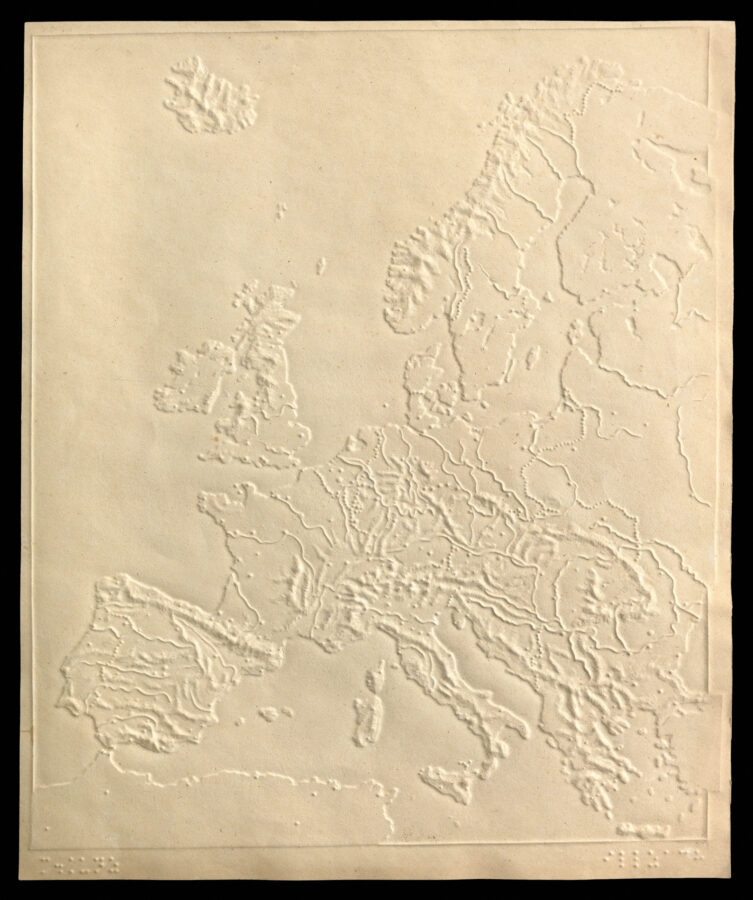 Maps for the blind!

Martin Kunz (1847–1923), was the director of the Illzach bei Mülhausen Institute for the blind from the 1880s until the turn of the century, where he dominated the market in the production of relief pictures and maps. The pictures and maps he produced were used in blind institutes throughout Europe, as well as in England, Australia, and North America. Kunz produced not only relief maps, but also relief pictures for the teaching of physics, botany and zoology.

Kunz was a trained teacher and had taught at an upper secondary school, before he became director of the institute for the blind in Illzach, where he very soon realised that there was a serious lack of teaching material, especially for geography. His work is described in ​‘Encyclopädischen Handbuch des Blindenwesen’:

​“In 1877, K. was awarded a prize for the plastic maps which he presented at the Geographic Exhibition in Berlin; he was also awarded prizes in Paris and in many other places. The layered relief sheets produced by the pupils in Genau were later used in the first printing tests in Illzach, which eventually led to the publication of K’s three-dimensional repetition atlases for the sighted. This atlas is now in used in many secondary schools in Germany and in other countries. Their creator received one of the few prizes awarded at the Geographic World Congress in Bern in 1891…On account of his work, K. has earned himself a place in the history of the blind; he did away with the individual teaching of geography which was common at the time, as it thus became possible for the poorer institutes to acquire maps for each pupil and to teach geography on a much larger scale.“

According to Johannes Moldenhawer, Kunz appropriated for his own use the method of printing relief pictures on paper which was developed by the Guldberg in Denmark:

​“Using a method invented by himself for pressing (cardboard) between an elevated and a depressed mould, he manufactured excellent relief maps of Denmark and Western Europe (Eastern Europe was added later). These maps, the first really efficient paper relief maps for use in schools and a copy of which each pupil in the class could be given, aroused great interest in other countries, after being exhibited at the first congress for teachers of the blind. The institute in Copenhagen itself received a number of orders. Mr. Guldberg, however, could not take upon himself a larger production of relief maps on paper and their manufacture was therefore passed on to others, that is, to Dir. Kunz at the institute for the blind in Illzach, Elsass. In England relief maps of this type were also made.”

In 1906, when Kunz summarised his work, he had produced matrices for eighty-seven different maps of all the then existing countries. 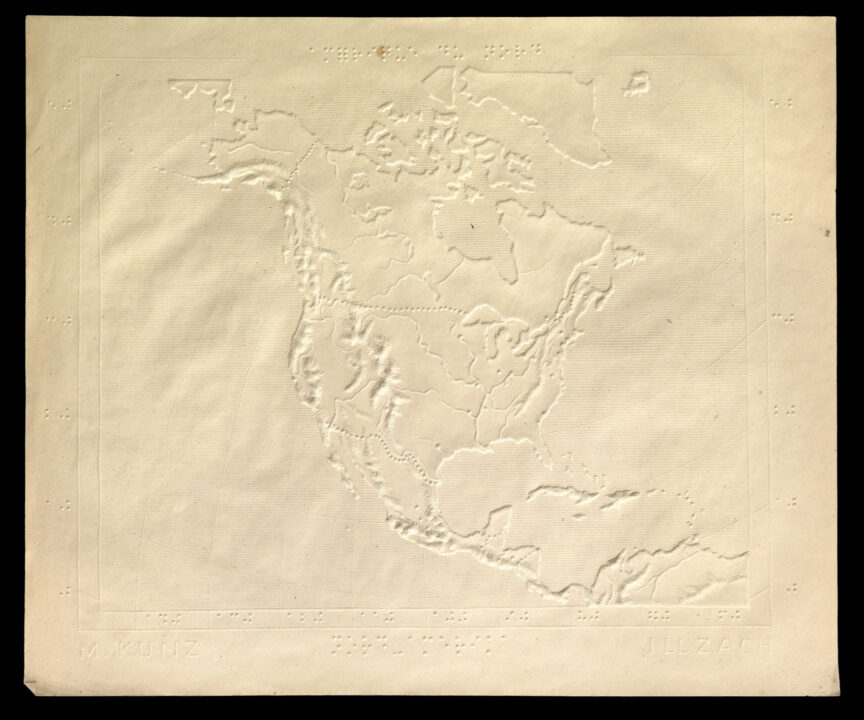