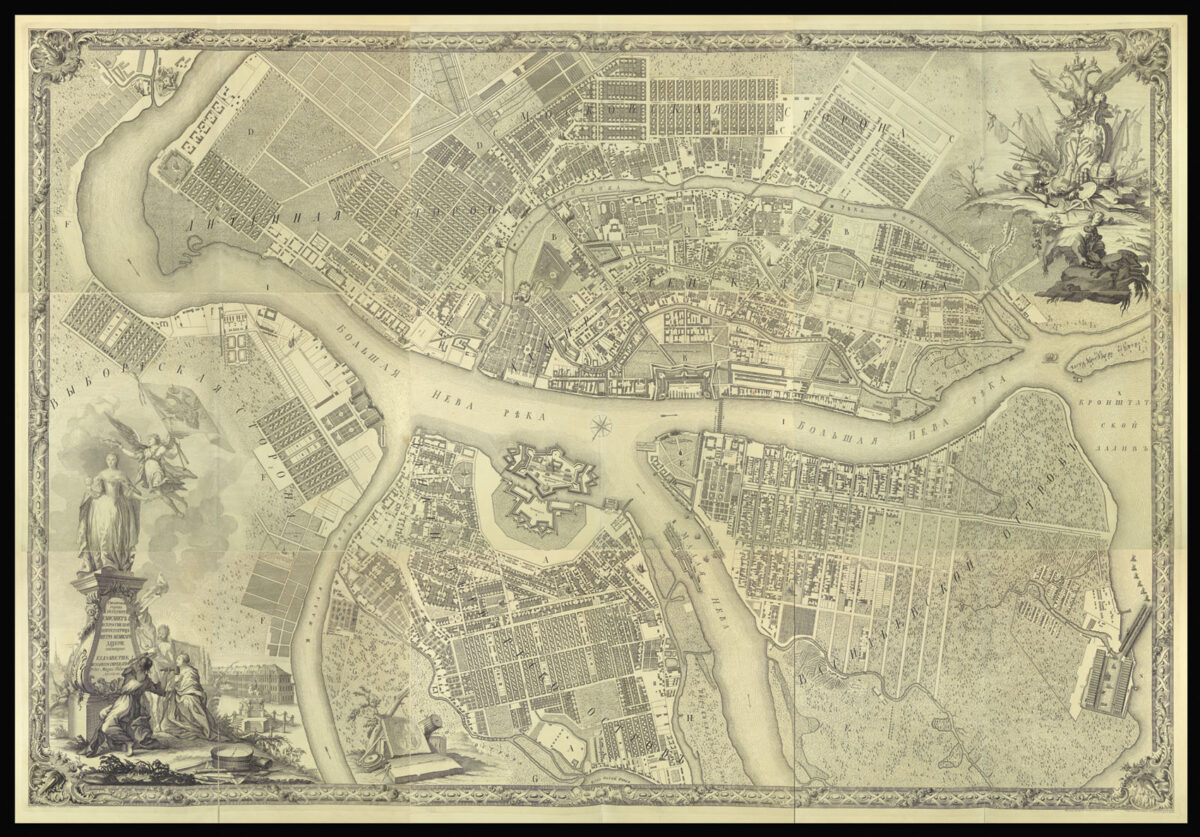 The rare full suite of Makhaev’s extraordinary large-scale map and views of St. Petersburg; one of the masterpieces of Russian engraving art.

Published in limited numbers to mark the first jubilee of the city in 1753, and dedicated ​“to the glory and honour of the Russian Empire” Markhaev’s map was commissioned to commemorate the city’s remarkable growth in the 50 years since its foundation

The extraordinary map (which would measure 1415 by 2065mm. (56 by 81.25 inches) if joined) is on a scale of 1:3350 and gives an accurate view of the existing streets, palaces and public buildings of the city, as well as prospective building projects. The decoration includes the Arms of the City, and attributes of the sciences, arts, commerce, and the art of war at the top right. The majority of the design was by Makhaev and so, correctly, his name is usually attributed to the whole work. However, numerous artists contributed to the views and panoramas, and the map itself was prepared at the Geographic Department of the Academy of Sciences and supervised by the junior scientific assistant I.F. Truskott. under the guidance of I. Sokolov, who also engraved the figure of the Empress Elisabeth Petrovna after a portrait by Louis Caravaque.

Only 100 prints were taken and were distributed amongst major library and palace collections in Europe. This small production run, together with the high mortality rate associated with large-scale wall maps, means that the map is now extremely rare. In fact, we are not aware of another example of the complete work appearing on the market in the past 40 years. 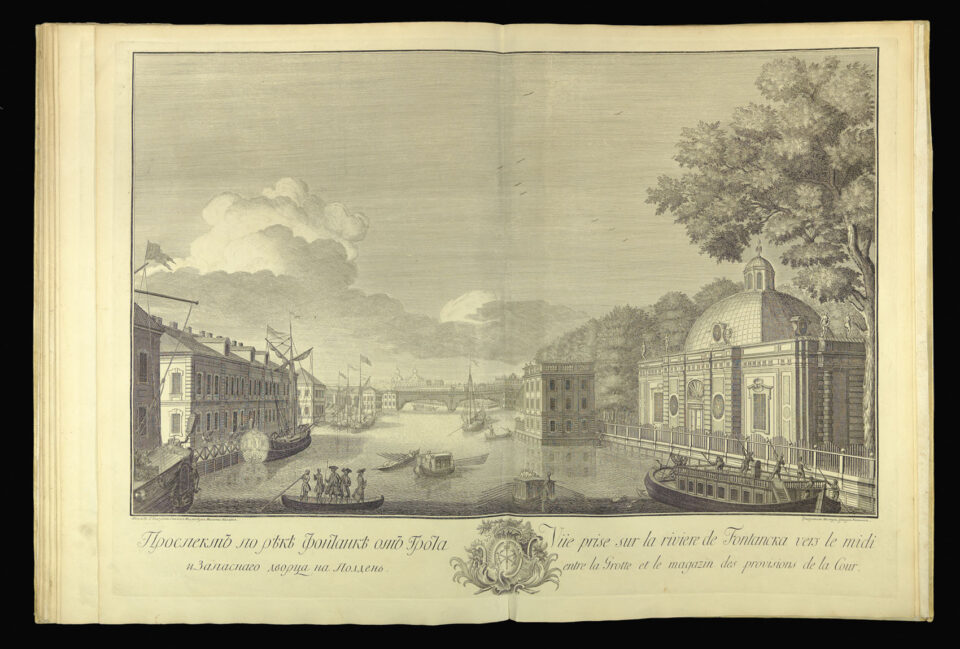 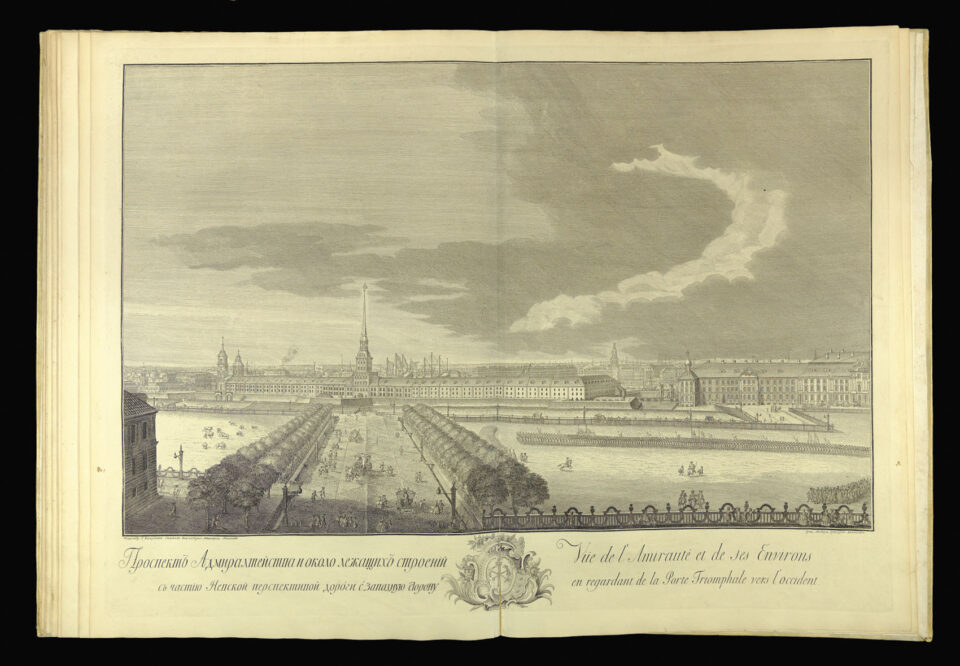 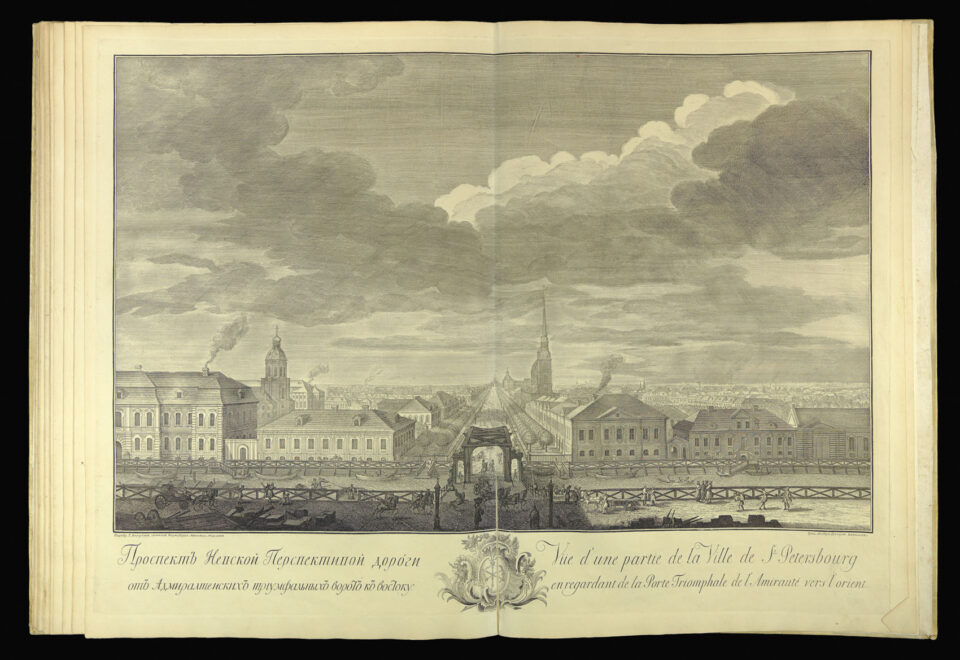 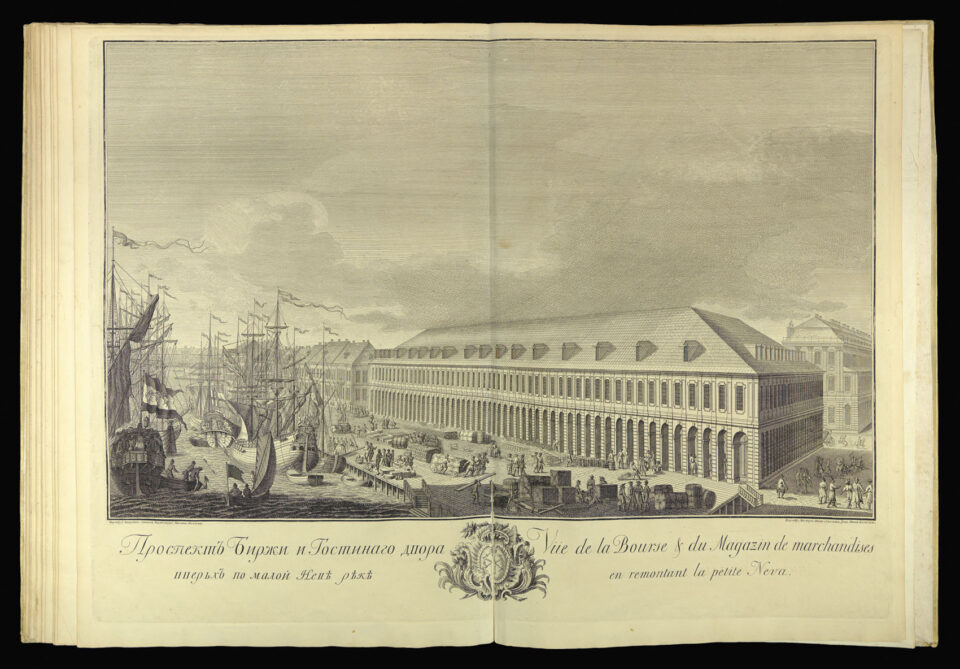 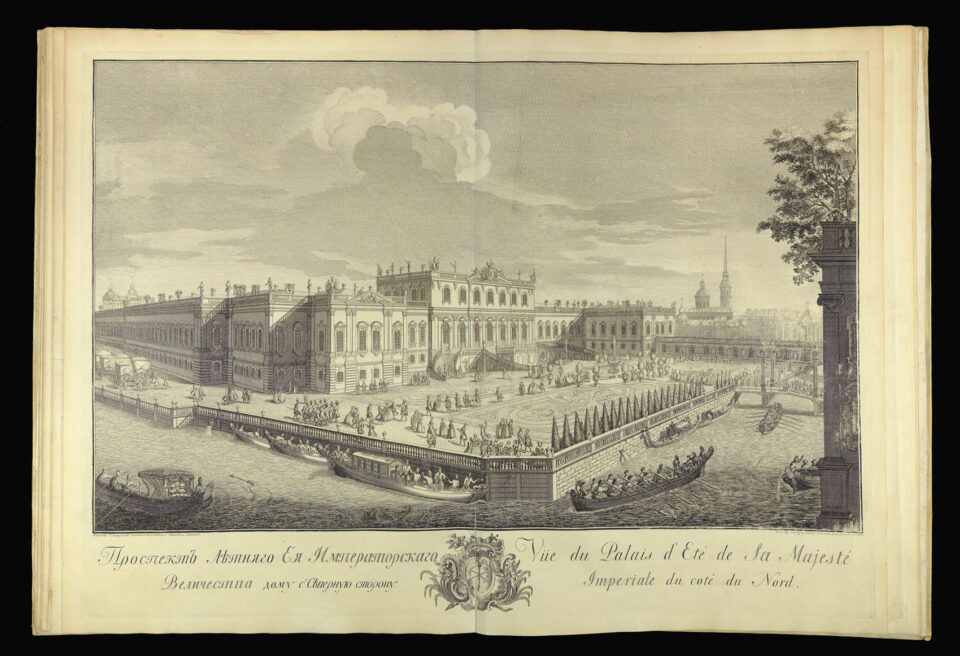 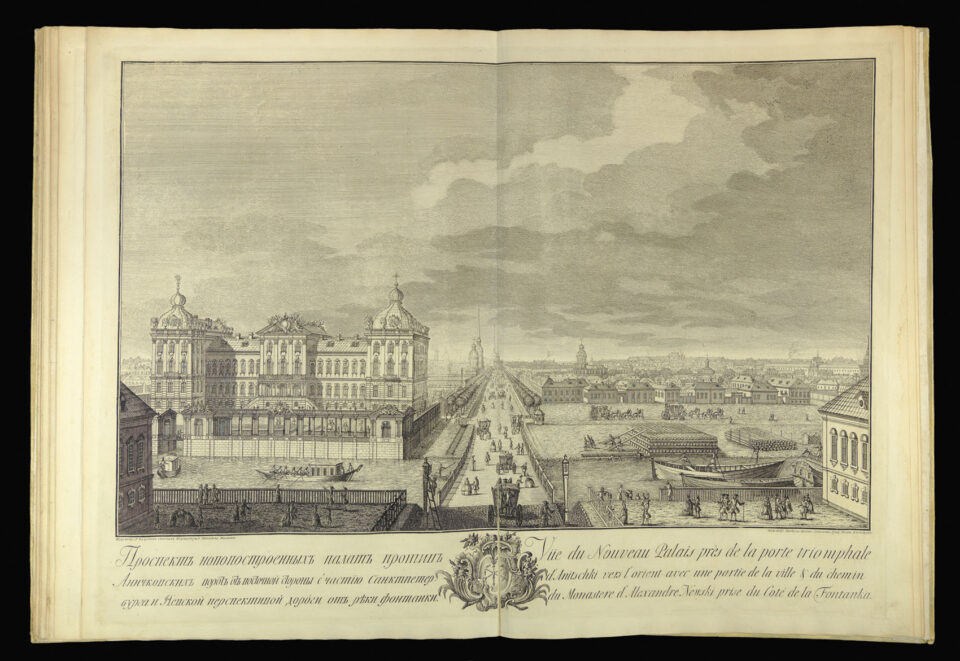 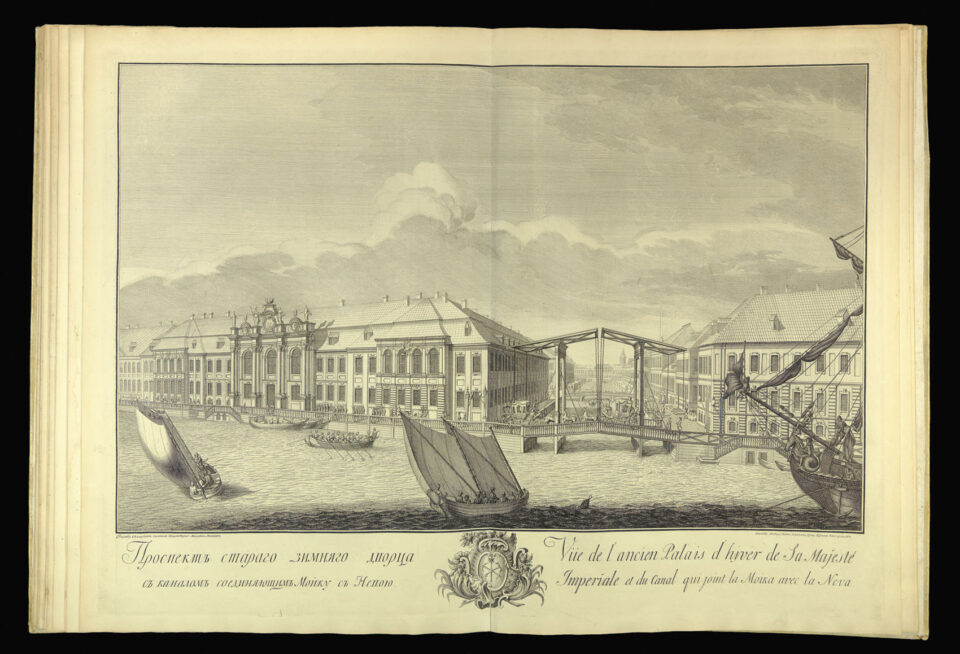 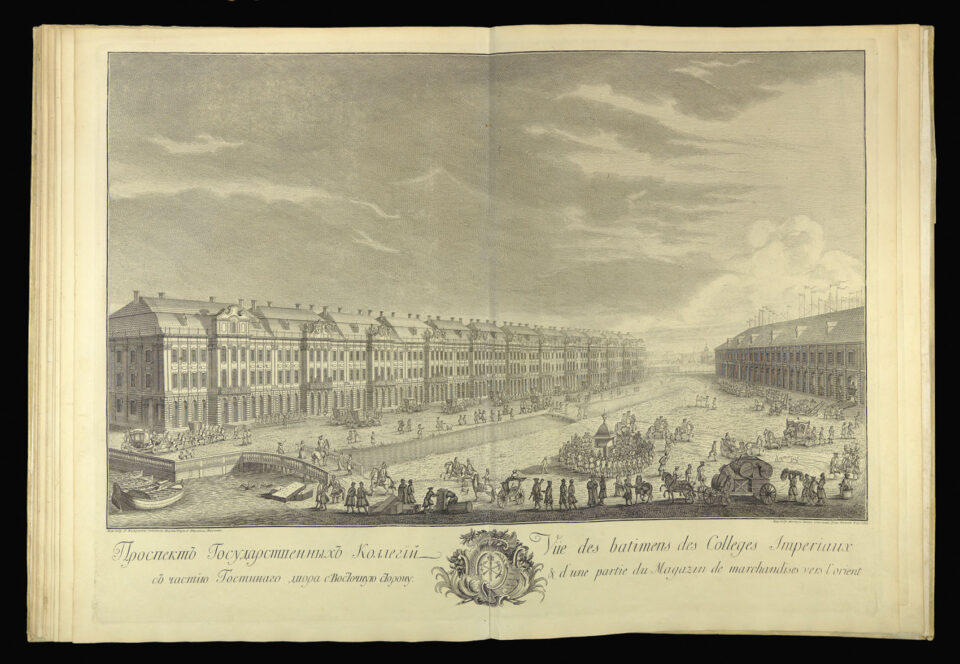