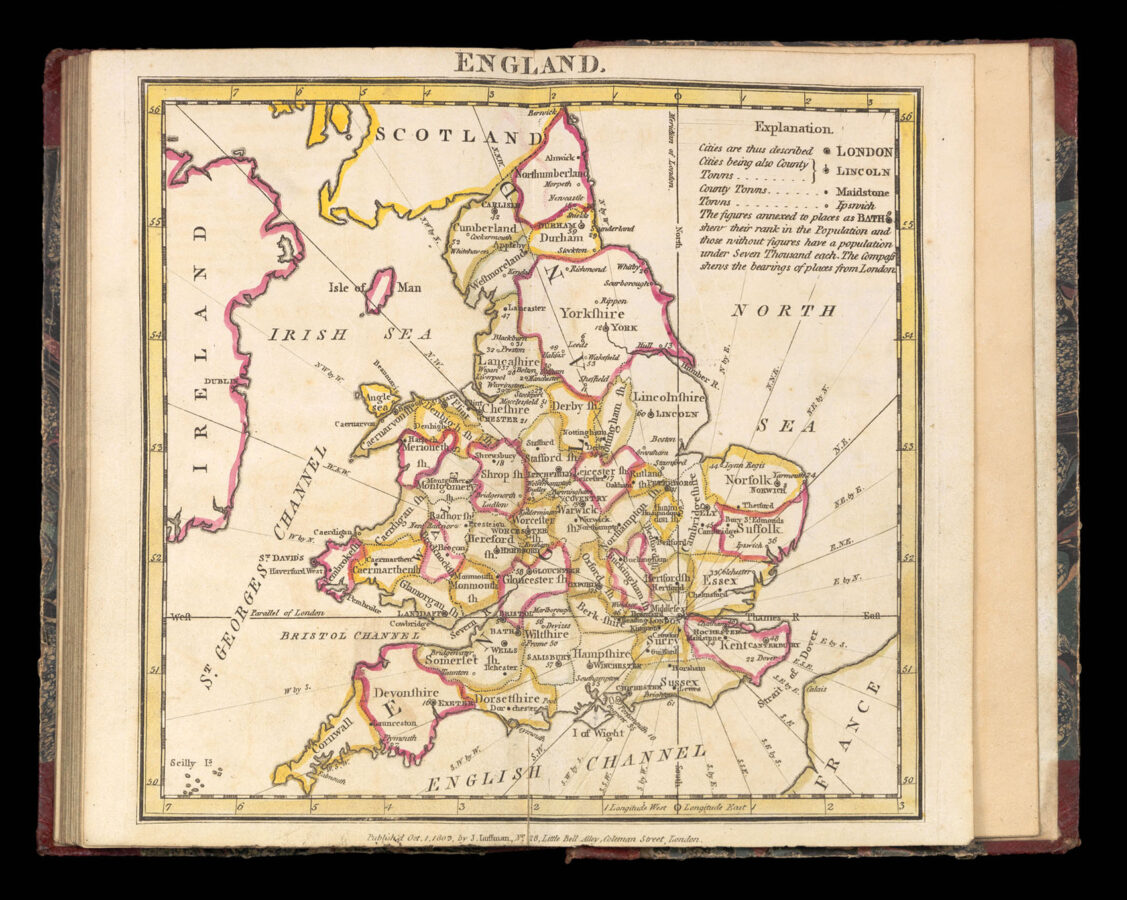 A New Pocket Atlas and Geography of England and Wales Illustrated with Fifty-five Copper plates, Shewing all the Great Post Roads with the Towns and Villages situated thereon: Also a description of the Air, Soil, Productions and Manufactures as well as the number of Hundreds, Cities, Boroughs, Market Towns, Parishes, Houses and Inhabitants. By John Luffman Geogr.

Rare. Luffman’s unusual miniature atlas of England and Wales, with each county depicted within a circular frame.

In the text below each circular map, Luffman supplies the reader with the usual geographical information: length and breadth of each county, its divisions by hundreds, number of towns, parishes, houses, and population. However, Luffman goes further than most and states the relative quality of the air and soil. The air in Bedfordshire, we are informed, is ​“mild and salubrious”, but in Radnorshire it is ​“sharp and piercing”. Luffman concludes each county with details on their arable state and principal areas of production. Cheshire, for example, is famed for its ​“vast quantities of cheese… London alone, it is said, takes 15,000 tons annually”; Derbyshire has ​“a fine manufacture of porcelain”; and in Worcester, ​“the manufactures of gloves, and the softer leathers, are here in the highest degree of perfection”. 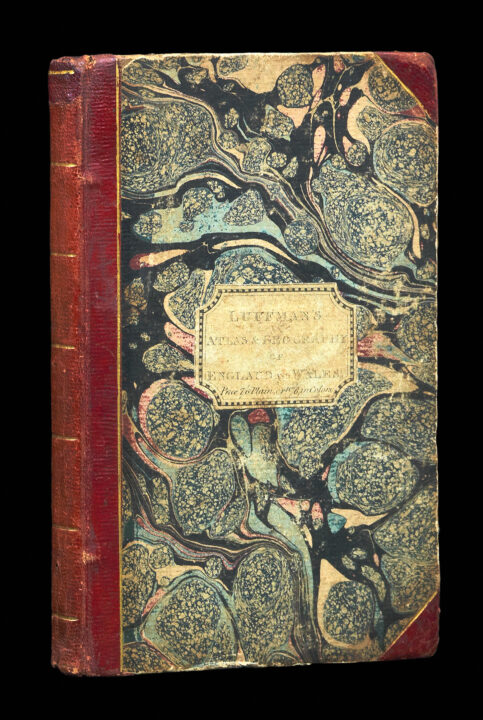 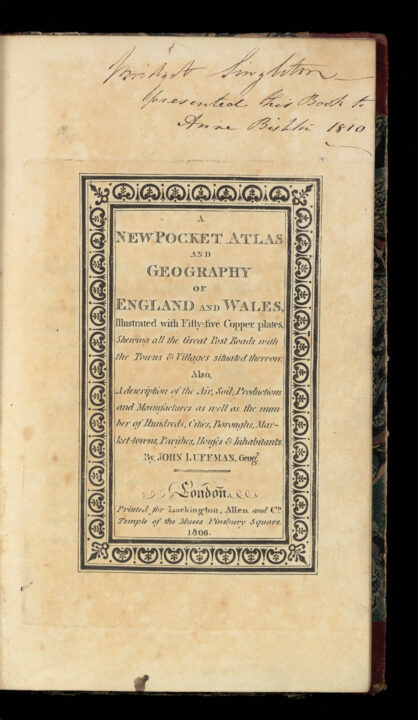 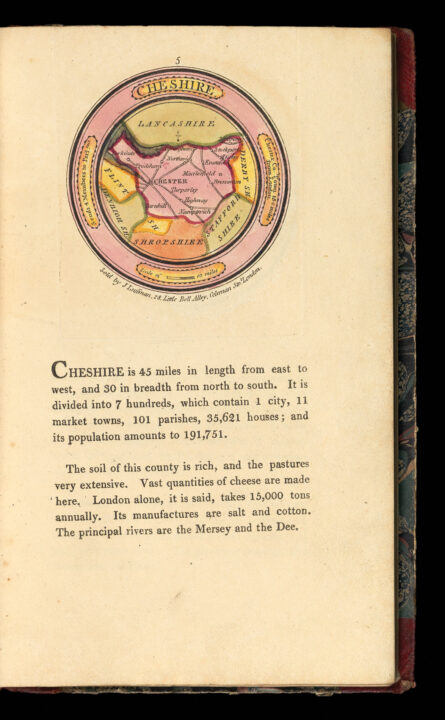 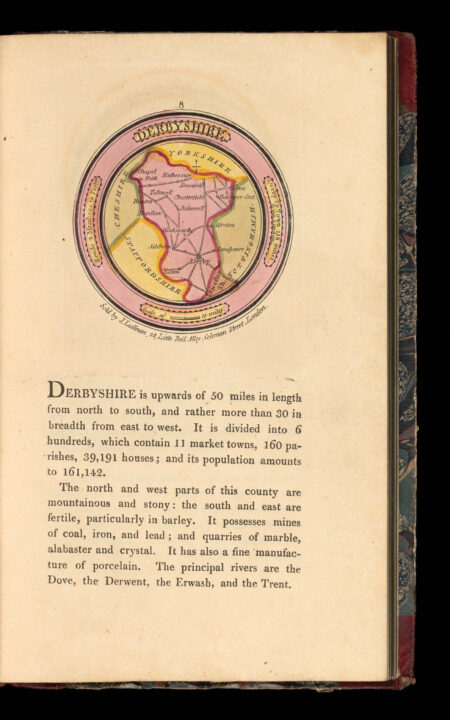