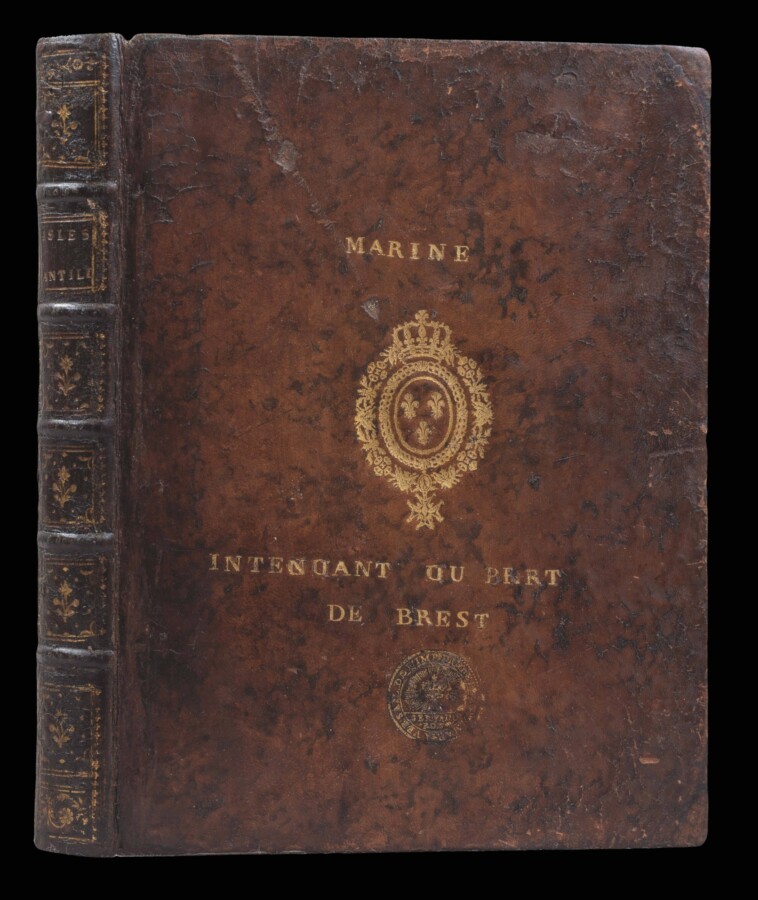 A very attractive atlas of the West Indies, focused on the valuable British possessions, which were of great interest to the French and their ally Spain, during the Seven Years’ War. The atlas is brimming with information useful to the embattled French Navy, and it is not surprising that this example should have been in the library of the port authority at Brest – a major port for French ships operating in the Atlantic. Since several other examples are known with the arms of Louis XV, it is likely that it they were more a sign of the royal seal of approval, than an indication of personal use.

The Treaty of Paris of 1763, which concluded the war, saw France renounce to the British the islands of Granada and the Grenadines. In return, Britain restored to France the islands of Guadeloupe and Martinique. In return for recovering Havana and Manila, Spain ceded Florida to Britain and received Louisiana from the French.

Bellin (1702–1772), was the most significant and influential publisher of charts in eighteenth century France. He was appointed chief cartographer and hydrographer to the French Navy in 1721, and ​‘ingénier hydrographe’ to the French navy’s Dépôt des cartes et plans de la Marine in August 1741. Bellin was also a member of the Académie de Marine and of the Royal Society of London. During his fifty year career, Bellin published a number of atlases, including ​‘Hydrographie française’ (1753), ​‘Carte de l’Amerique septentrionale’ (1755), ​‘Petit Atlas Maritime’ (1764), which incorporated the maps from this atlas, and the ​‘Nouvelle méthode pour apprendre la géographie’ (1769).

1. With the supra-libros of King Louis XV of France on each cover.
2. The supra-libros of the ​“Marine Intendant ou Port de Brest” on the front cover.
3. Early nineteenth century ownership inscription and marginal annotations of Jean-Jacques ?Daulgeneves. 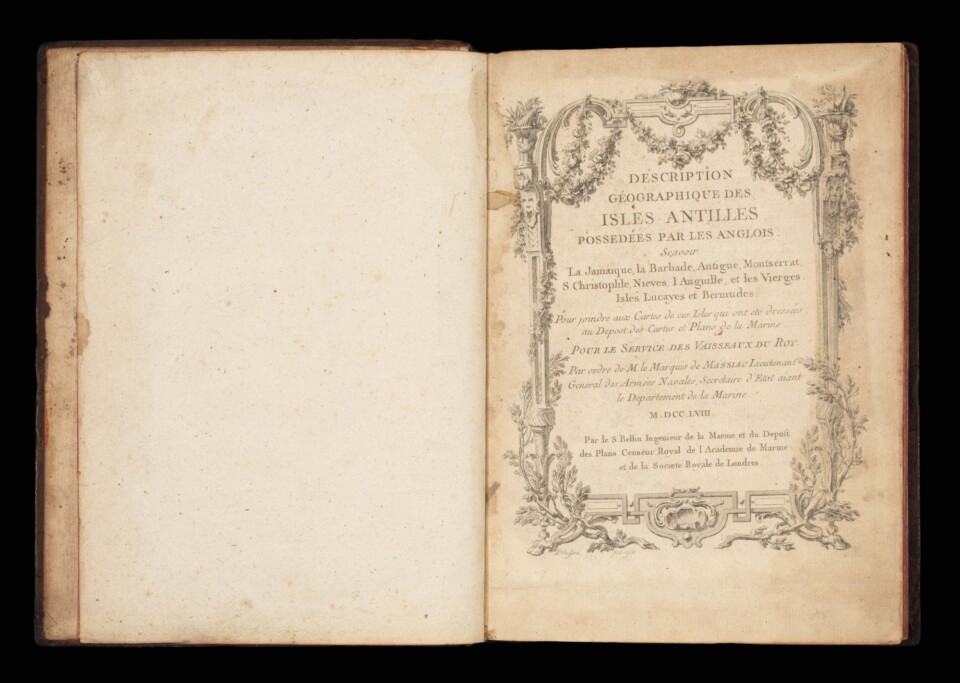 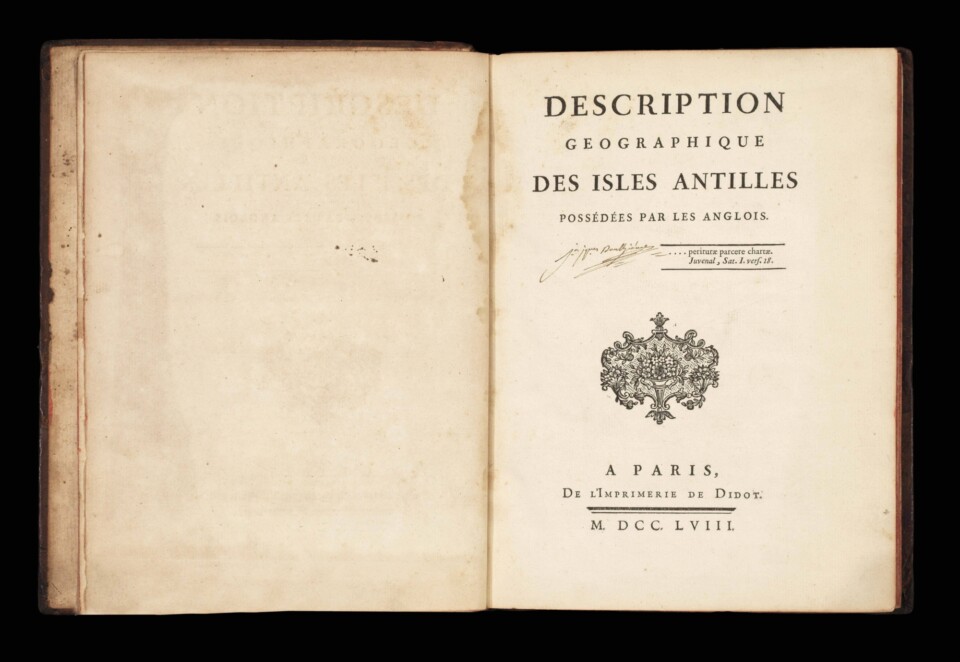