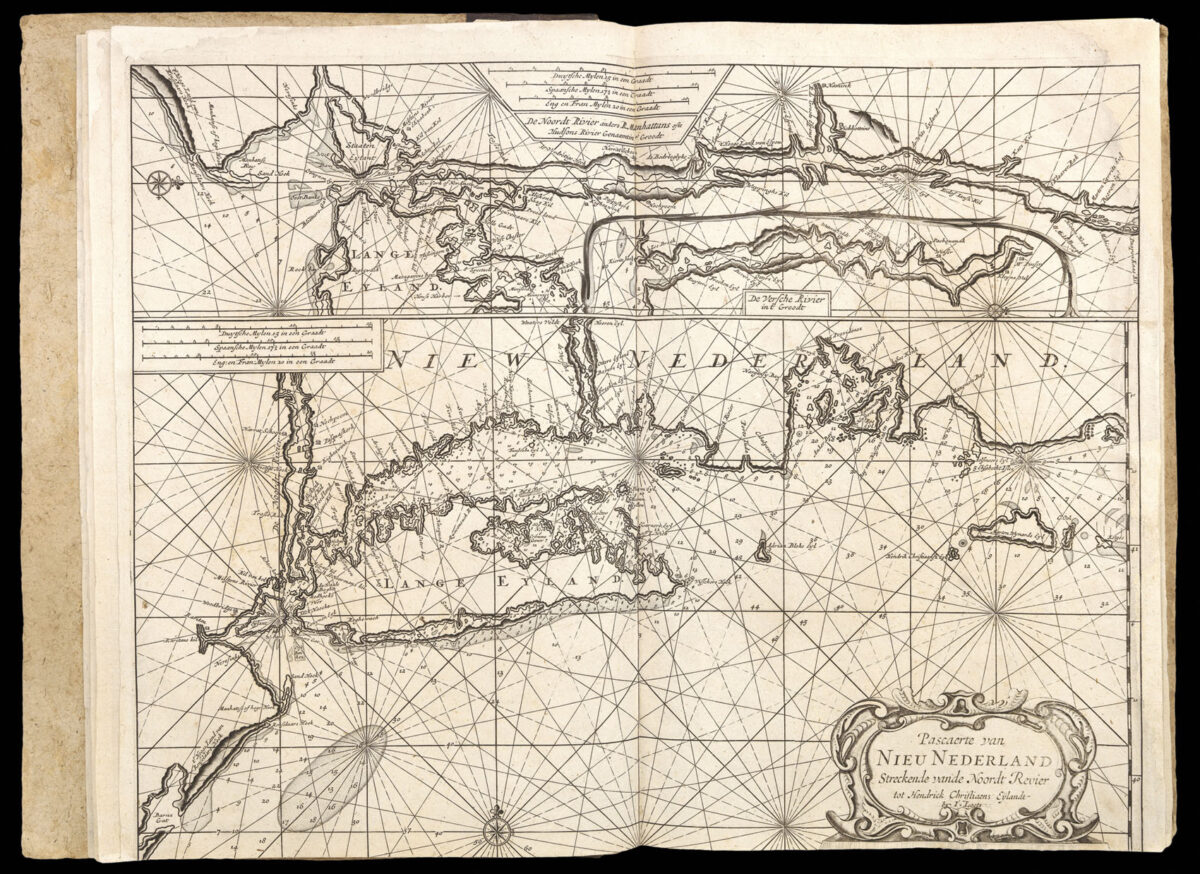 [The fifth part of the new great sea-mirrour: discovering the west coasts of Africa with the great dial of America…] [bound with] The Coasting Pilot, Describing the Sea-Coasts of England, Scotland…

“The so-called ​‘Burning Fen’ is the most interesting of all the maritime works produced by Pieter Goos” (Koeman).

The English coasting pilot, first issued by Caspar Lootsman in 1692, was most likely a response to the production of coasting pilots by Grenville Collins and John Seller. For the work, Lootsman used the charts from his Zee-Spiegel. Subsequent editions are recorded dated to 1693, and 1701. The present pilot would appear to be a later unrecorded example published by Jacob Conijnenberg, the nephew of the Lootsman brothers Jacob and Caspar. Conijnenberg had joined the firm in 1679, and took over the reins of the business in 1711. Although the title page of the pilot is not dated, the work must have been published sometime after 1711 and before the Loots/​Roggeveen, which is dated 1717. It would appear that Conijnenberg did not reset the text as both the catch words, pagination, and signatures correspond to the 1701 edition (Koeman Jac 58).

Although it is possible that the two works were bound together by its first English owner for ease of use aboard ship, there is another arguably more interesting explanation, that the publishing houses of Lootsman/​Conijnenberg and Loots had some deal of cooperation. This was not unheard of in the Amsterdam trade; we know Conijnenberg’s uncles along with Doncker, Goos, and Robijn, had applied for a joint privilege of 20 years, in 1680, in order to block the copying of their charts by Johannes van Keulen. We also know that after that date the firms shared the text for their respective ​‘Zee-spiegels’.

The privilege of 1680 had little effect in checking the rise of the van Keulen firm and by the start of the eighteenth century they dominated the Amsterdam chart business. This domination probably led Loots and Conijnberg to seek each other out. Their two respective works, one covering the English coast, and the other the east coast of America, would, when combined, form a rudimentary ​“fifth book” (i.e. covering the navigation from England to the New World). They must have assumed that the work would find a ready market in London; however, not only were the charts by this time at least 40 years out of date, but also the London publishers Mount and Page had by this time obtained a similar market dominance to the one enjoyed by the van Keulens in Amsterdam. These factors must have hampered the project’s success. This, combined with the high mortality rate of sea pilots, has lead to its extreme rarity.

We are only able to trace one example of the Loots/​Roggeveen pilot: that in the Library of Congress; and we were unable to trace any institutional example of Conijnberg’s the English coasting pilot. The W.A.E.R. Collecion in the Rotterdam Maritime Museum, contains a 1701 edition with the imprint of his Uncle Caspar Lootsman. 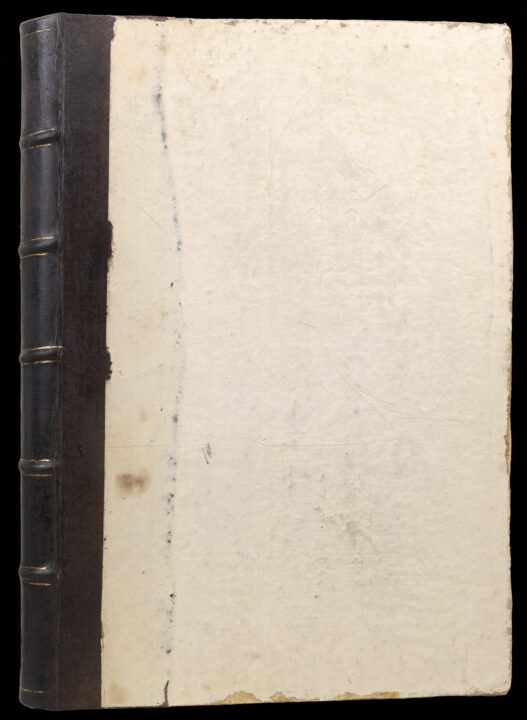 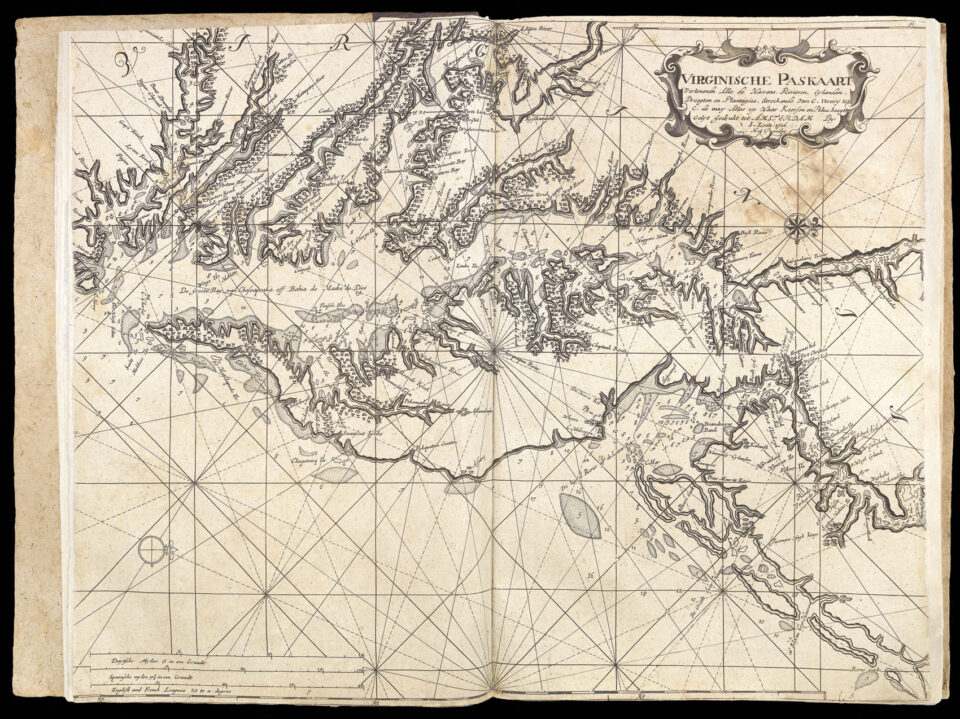 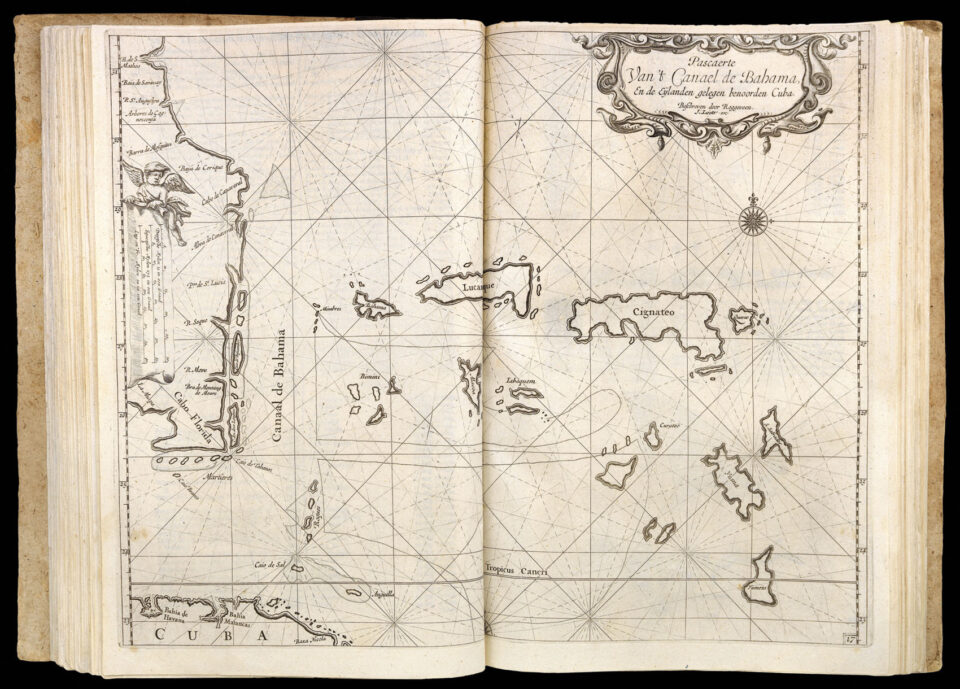 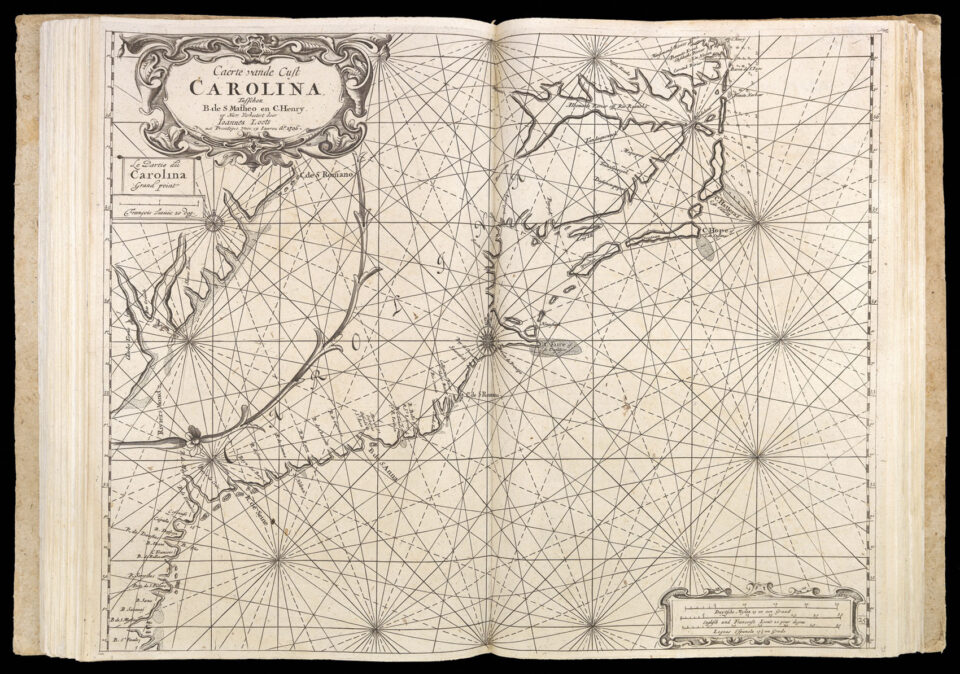