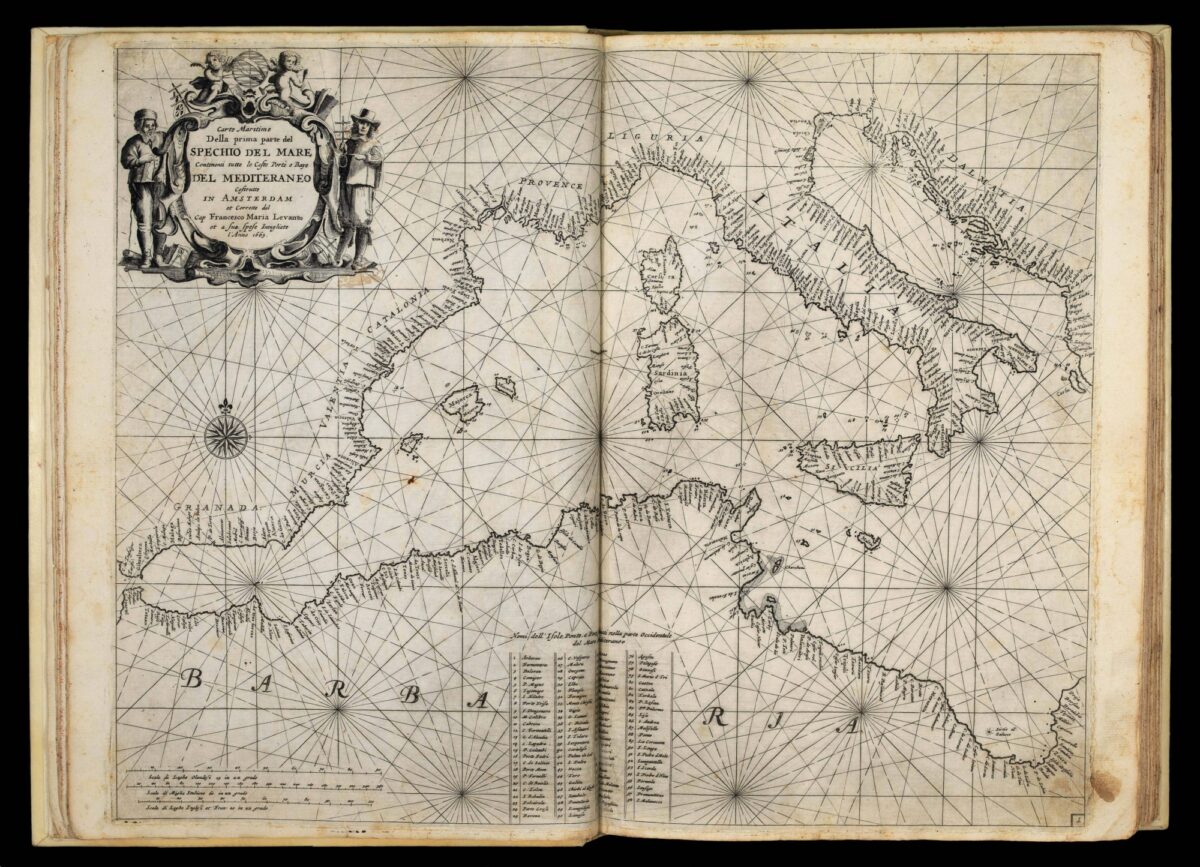 Levanto’s rare pilot of the Mediterranean

The first and only edition of Levanto’s rare pilot of the Mediterranean published in Genoa.

Levanto’s atlas is a close copy of the Mediterranean section of Pieter Goos’s ​‘Zee-spiegel’ of 1662. The text on the charts was translated into Italian from Dutch, and they are numbered from one to 25 at the lower right corners.

The striking title-page, a mirror image of Goos’ work, comprises a cartouche for the title and dedication to Giovanni Battista della Rovere surmounted by an allegory of Geography. On either side of the title page navigational instruments are arrayed and a naval battle scene is revealed behind a pair of curtains held aloft by putti. The title-page and charts would later be reused by Coronelli for the southern Italian section of his ​‘Atlante Veneto’, in 1698.

Francesco Maria Levanto was a Genoese ship captain and cartographer. His maritime experience shows in the style of his maps, which are influenced by portolans, with compass roses, rhumb lines, and place names along the coastline.

1. Bookplate of the Society of Writers to Her Majesty’s Signet. 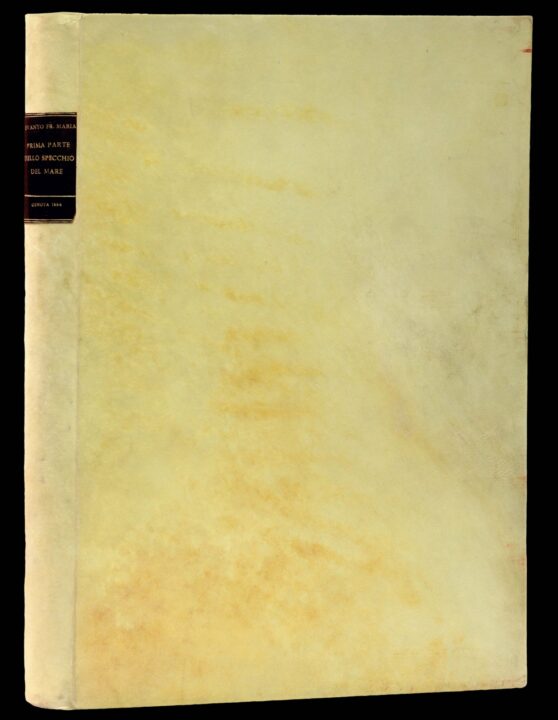 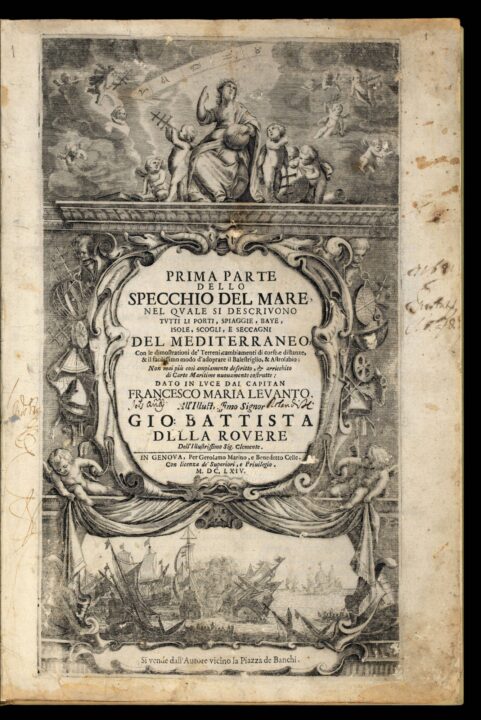 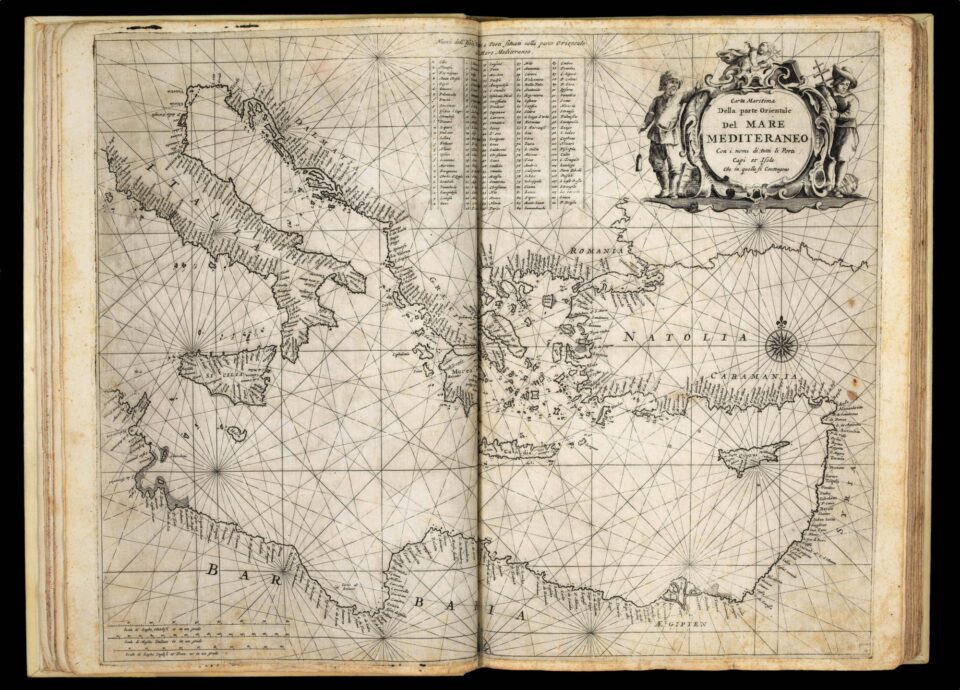 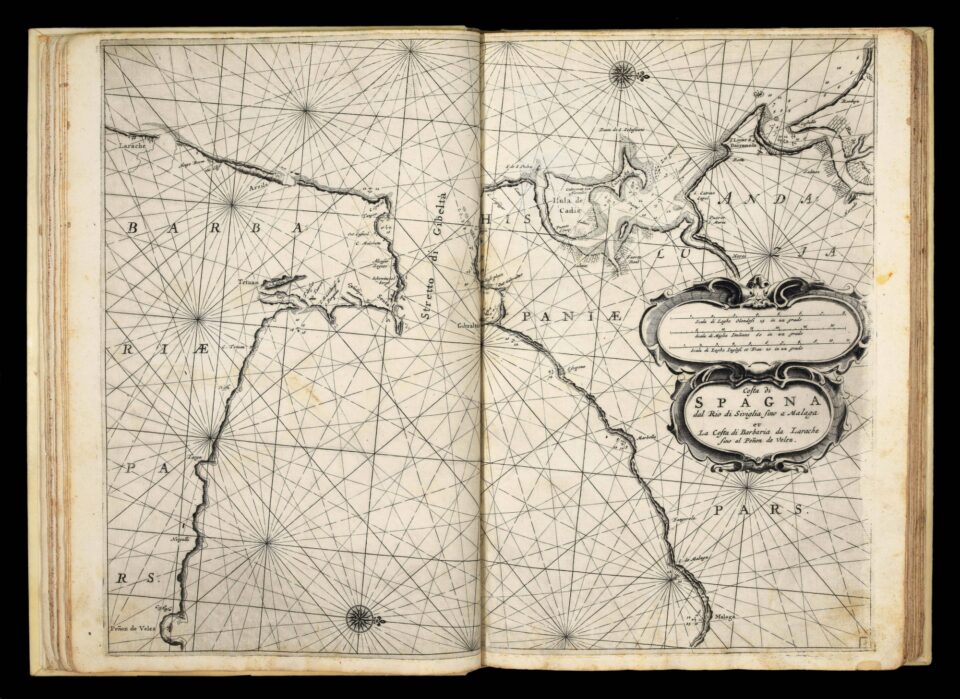 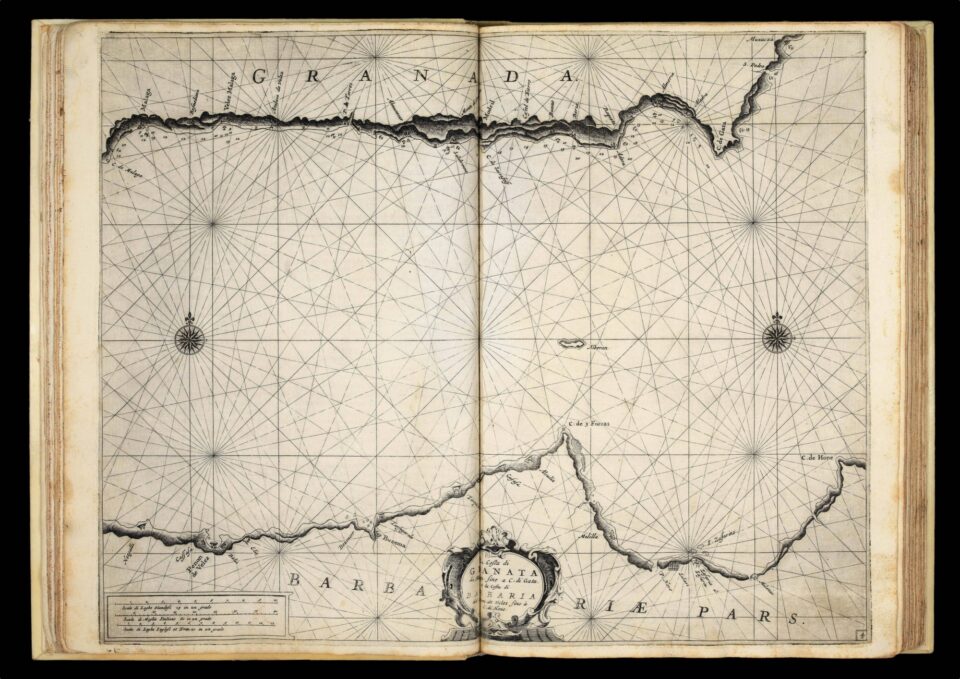 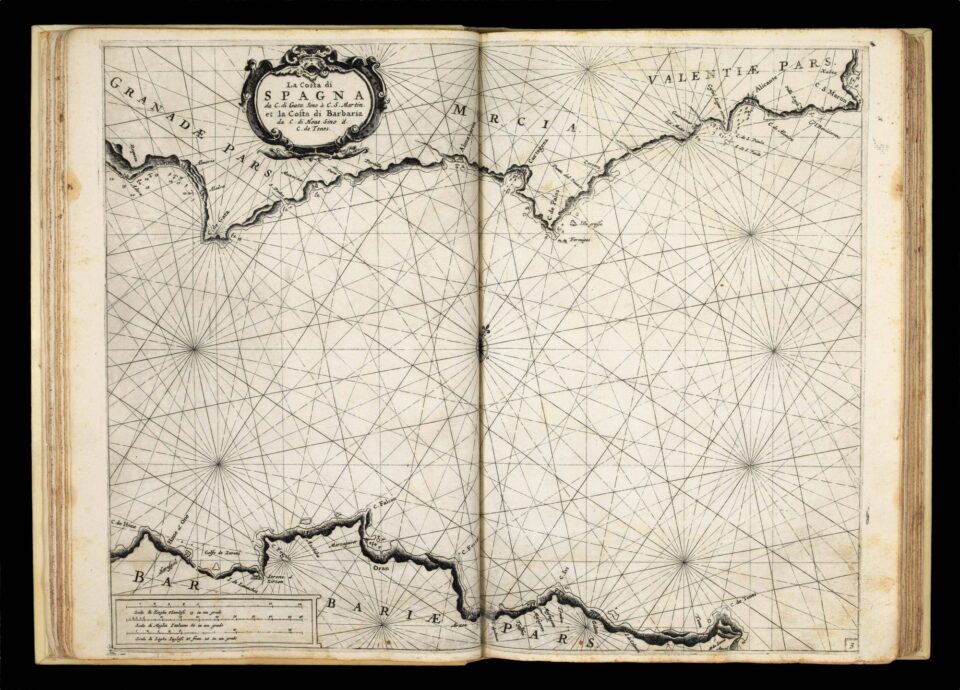