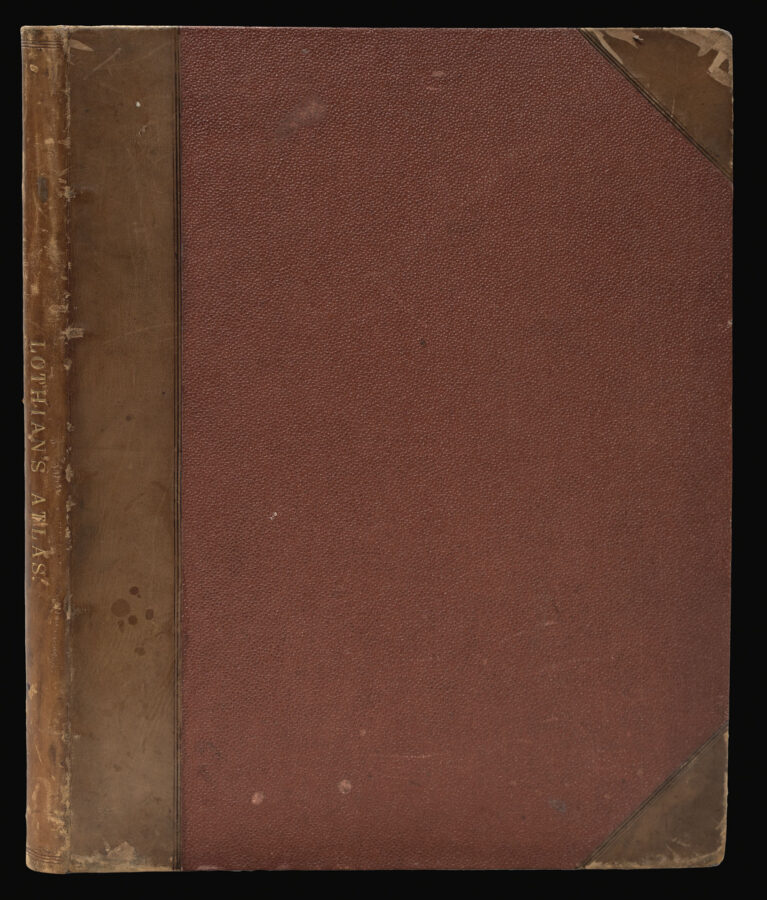 The first edition was published in 1826–27, with the title dated 1826 and the maps dated 1827. The second edition — the present work — was published in 1829, and this edition included for the first time the eight historical maps, preceded by its own engraved title: ​“Lothian’s Historical Atlas of Scotland” dated 1829.

John Lothian was an Edinburgh geographer and publisher who issued atlases of Scotland and its counties from 1825 to 1835, a General Atlas in 1834, and The People’s Atlas in 1846.

Rare we are only able to trace four institutional examples: The National Library of Scotland, University College Library Cambridge, Staatsbibliothek Berlin, and The British Library. 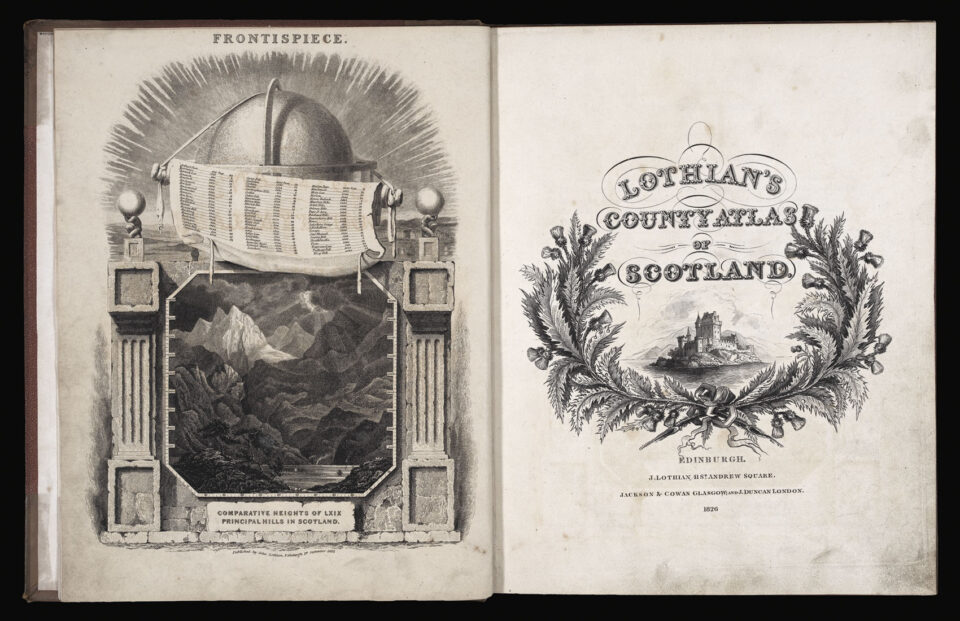 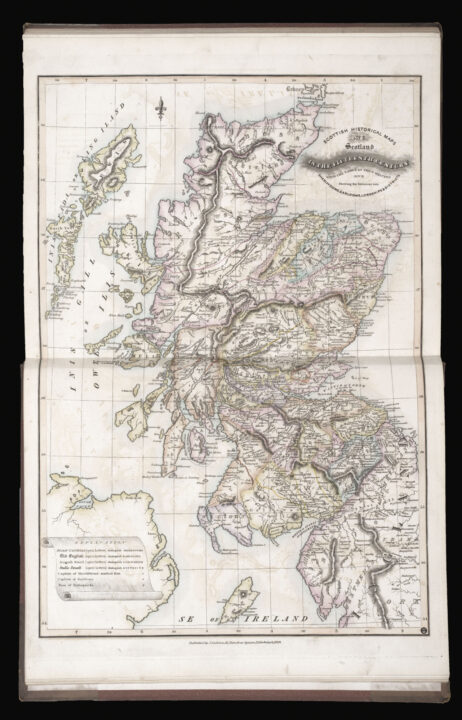 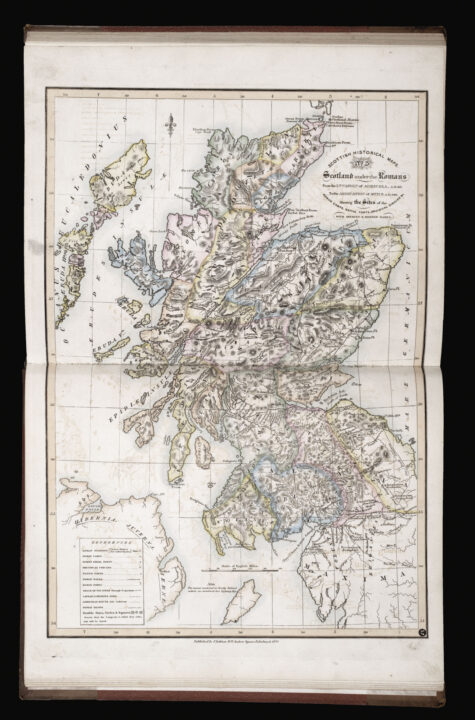 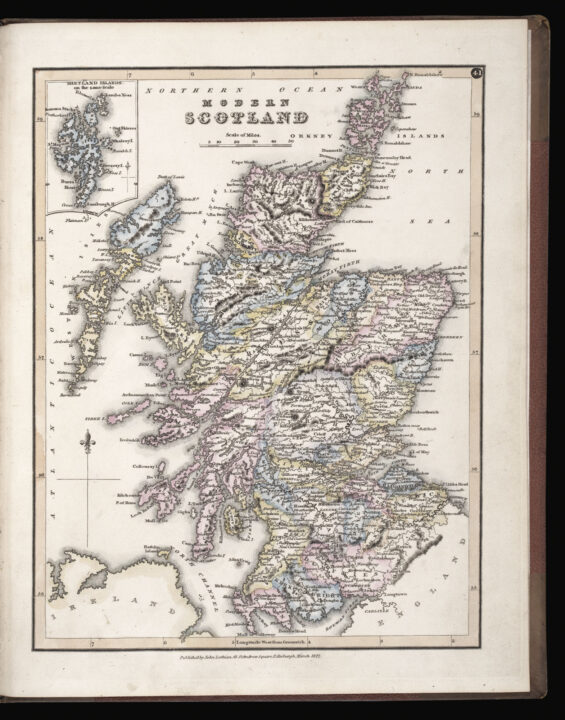