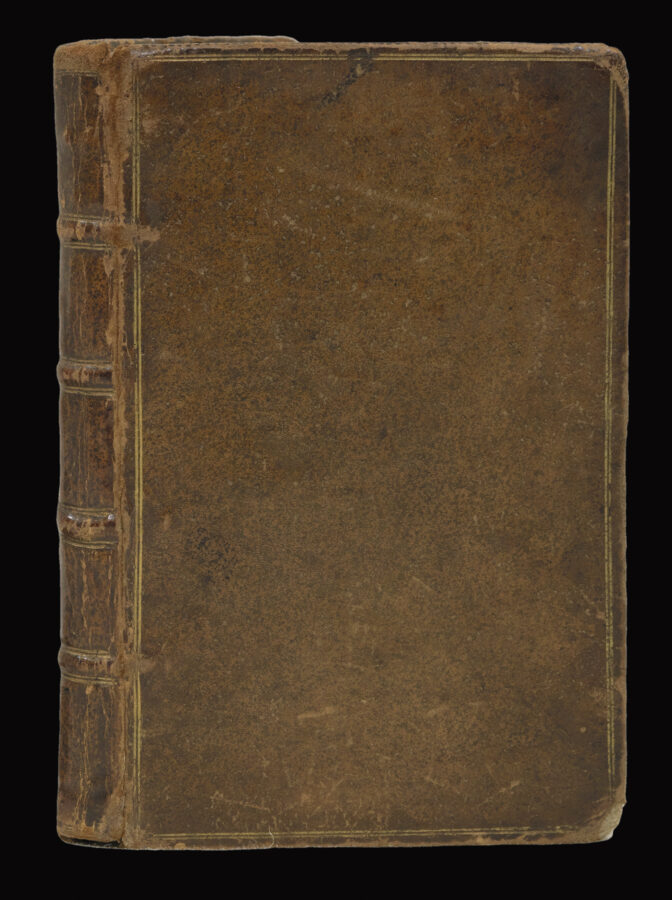 New & Accurate Maps of the Counties of England and Wales Drawn from the Latest Surveys By J. Gibson.

The atlas constists of a general map of England & Wales, and 52 maps of the English counties. Each county map bears lines of longitude and latitude, with a brief description of the county below.

The publisher John Newbery is well known as the first bookseller ​“to make the issue of books specially intended for children an important part of publishing” (Hodson). It is probable that the present atlas was part of Newbery’s juvenile library series, although as Hodson notes at the price of, ​“4s the book was more expensive than his usual stock”. However, it would appear that the cost did not discourage buyers as it was still being advertised at the same price some 18 years later, when it appeared in a list published by Thomas Carman and Francis Newbery. 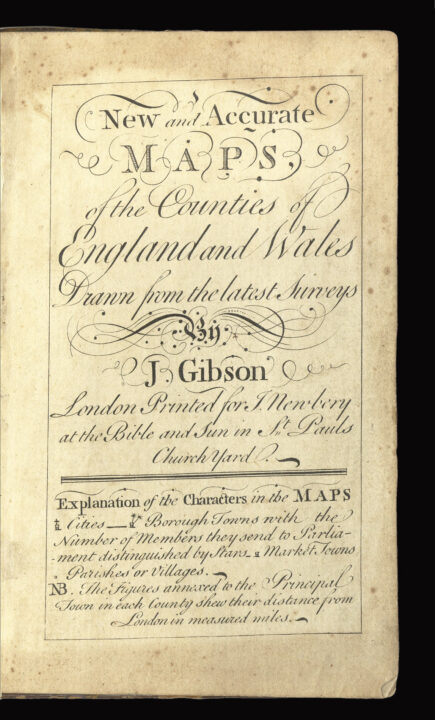 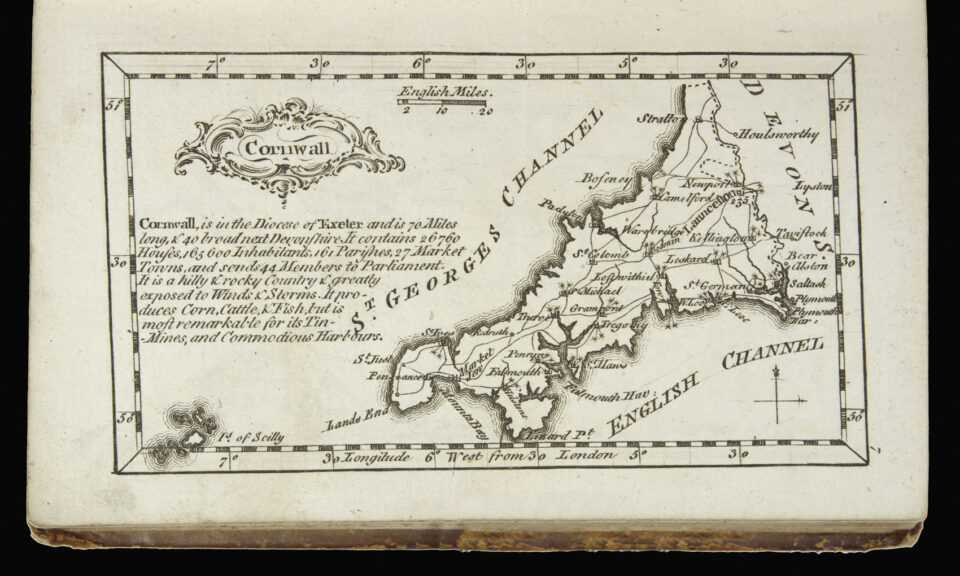 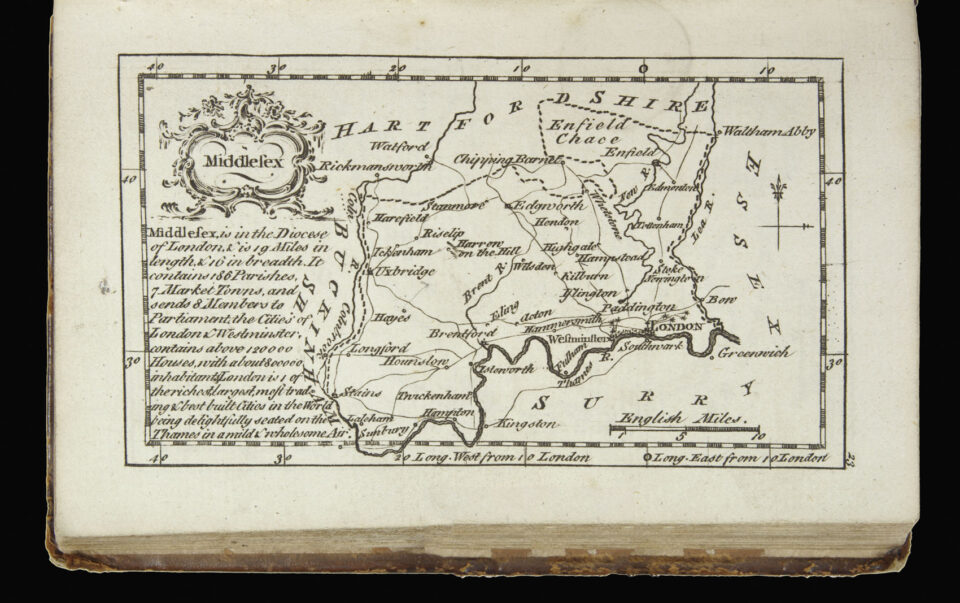