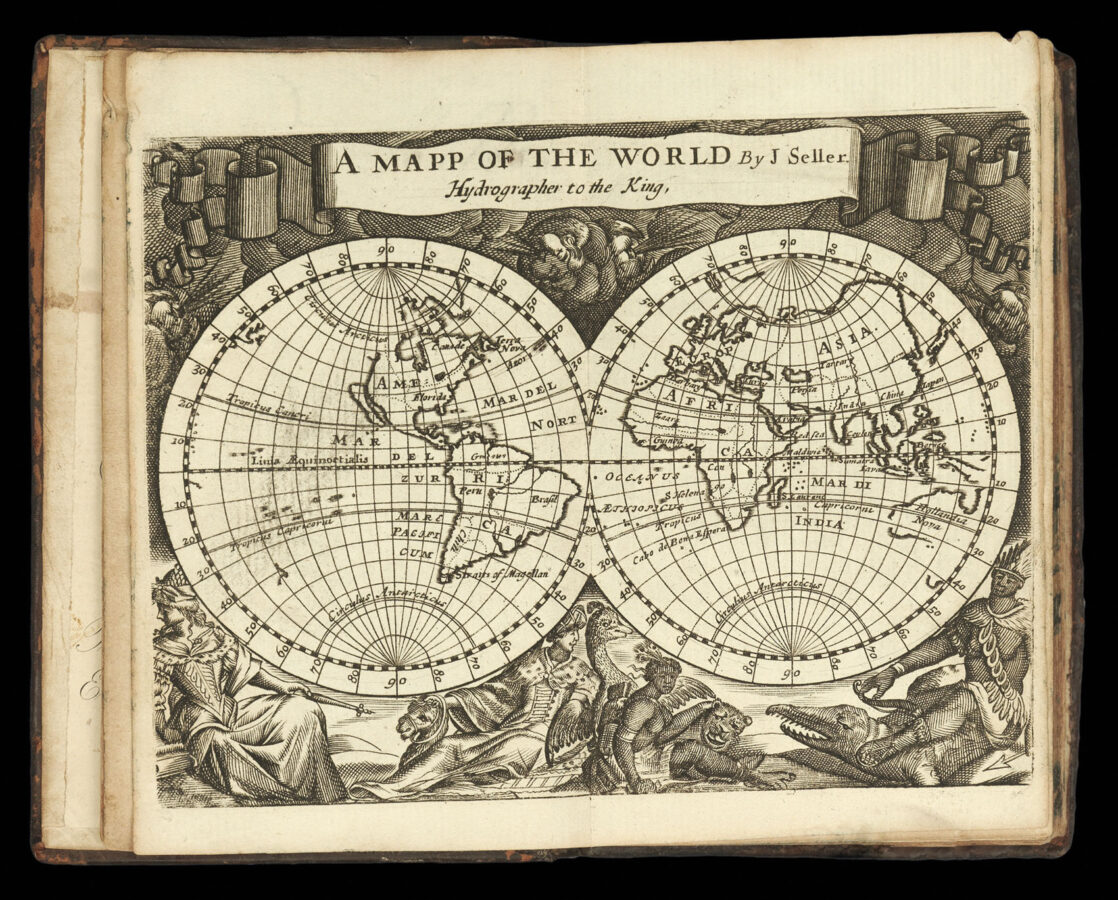 From the library of the Earl of Macclesfield

Despite the diminutive size of Seller’s pocket atlases, they were among the earliest ​“English” world atlases; that is to say atlases based upon an English model rather than being printed from continental plates, as in the folio atlases of Ortelius and Mercator; or as was the case with Speed’s Prospect and Blome’s Geographical Description closely copied from continental examples.

Due to Seller’s over-ambitious atlas-publishing projects which led to his bankruptcy in 1677, and again in 1680–1681, much of his later output would revolve around the publication of such pocket atlases; many of which were based upon his folio output. The first to be miniaturized was his Atlas Maritimus in 1682, with the Atlas Terrestris appearing a few years later. The present example can be dated to around 1685, and contains maps of North and South America, Europe, Asia and America, together with a world map and two polar maps. Many of the maps were originally issued by Seller as playing cards, which he had first published some time around 1676. The cards are displayed here with their descriptive text placed on the facing page. 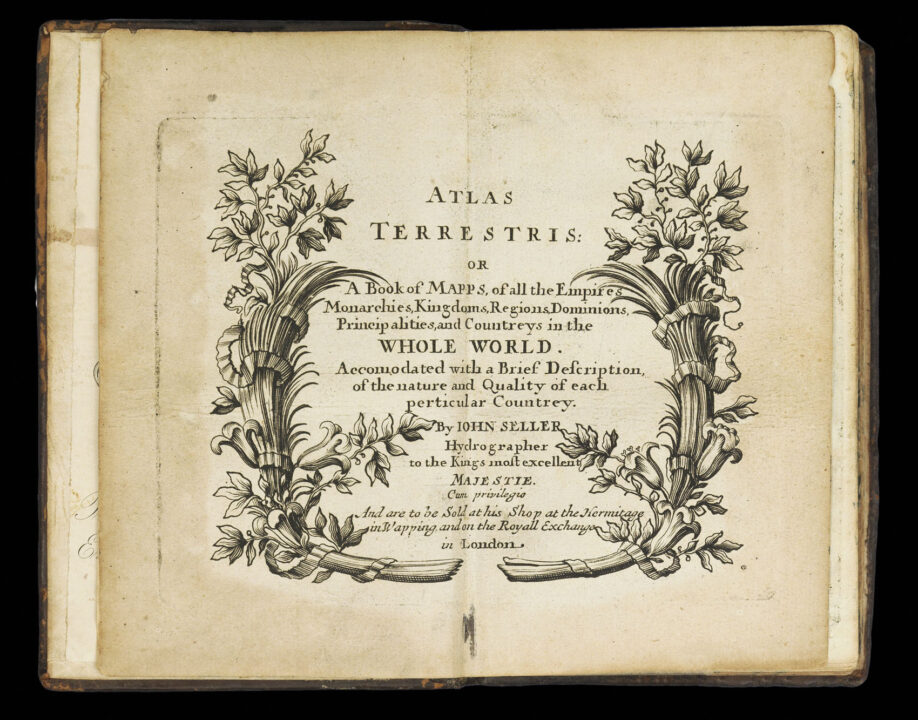 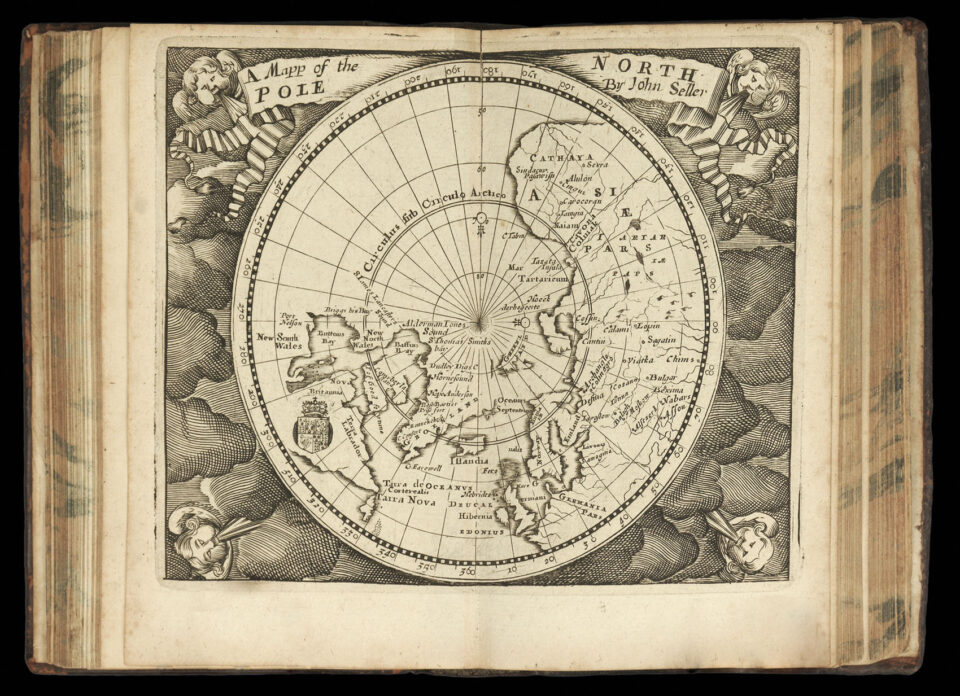