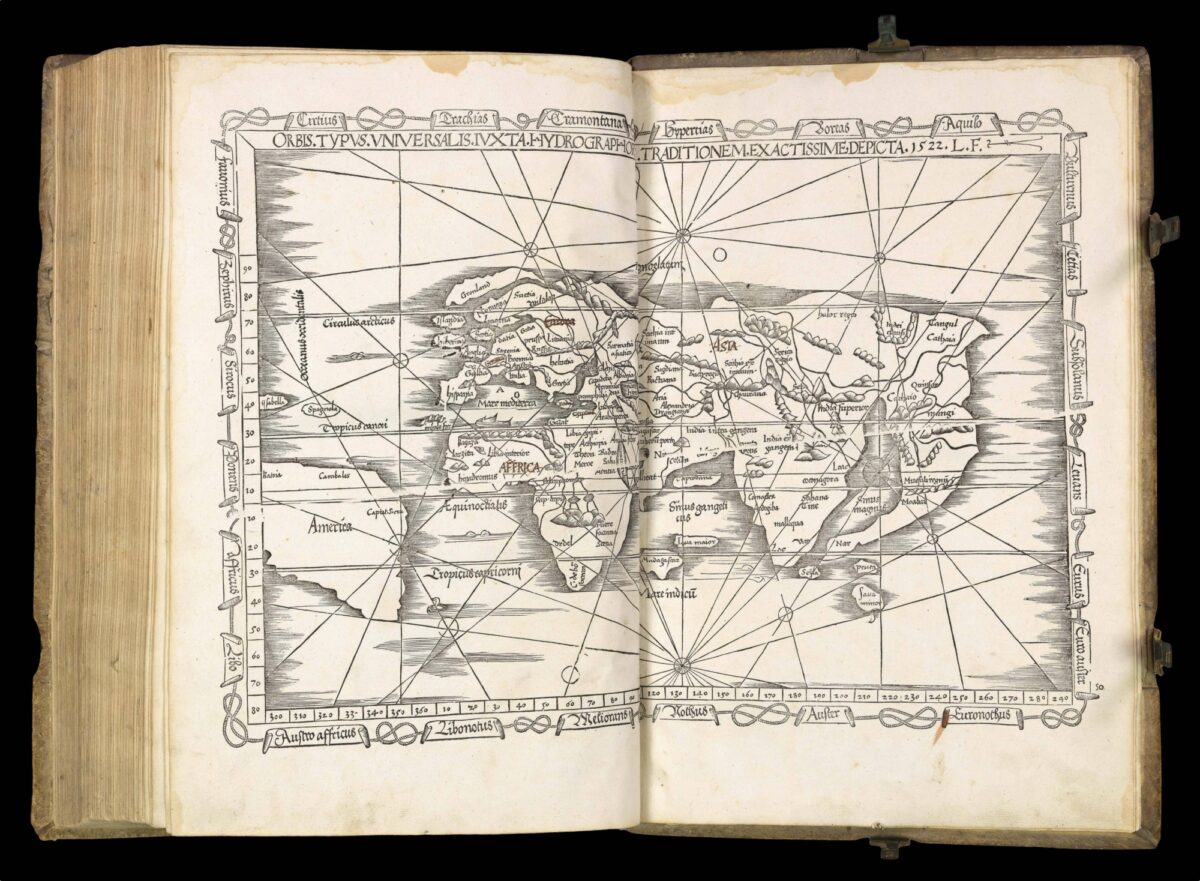 First map in an edition of Ptolemy to name ​“America”

Fourth Strassburg edition. The text was translated by Wilibald Pirckheimer, using the notes of Johannes Regiomontanus, perhaps under the editorship of Johann Huttich. The ornamental woodblock designs on the reverse of the maps are attributed to Hans Holbein and Urs Graf. Albrecht Dürer contributed the woodblock of the armillary sphere. The present edition is the second one printed by Johannes Grüninger. However, all maps are printed from the woodblocks of the first Grüninger edition of 1522.

The maps are all drawn on the trapezoid projection developed by the German cartographer Nicolaus Germanus (1420–1490) in 1460. 27 are drawn according to Ptolemaic theory, and a further 23 ​“modern” maps have been added, which incorporate contemporary knowledge.

The ​“modern” section was copied by Lorenz Fries, on a reduced format, from the maps prepared by Martin Waldseemüller for the 1513 Strassburg edition of Ptolemy, and accordingly contains updated maps of North America and the West Indies, Lorraine, Switzerland, Crete, North Africa, southern Africa, southern Asia and the world.

To that group Fries added two entirely new maps, which were the first separately printed maps of the regions they depict: one of southeast Asia and the East Indies, and one of China and Japan. He also added his own navigational map of the world.

The 50 woodcut maps, with the exception of ​‘Quinta Asie Tabula’, are from the same blocks as those of the 1522 edition. Map 47 is a single page on the verso of map 46. Map 50, ​‘Orbis typus universalis’, by Lorenz Fries, is the first map in a Ptolemy in which the name ​“America” is used. Maps 28, 34, 49, and 50 relate more or less to America. The account of the discoveries of Columbus and others is on the back of Map 28.


Otto Schäfer Stiftung, Schweinfurt, Germany, with his monogram on the rear paste-down endpaper. 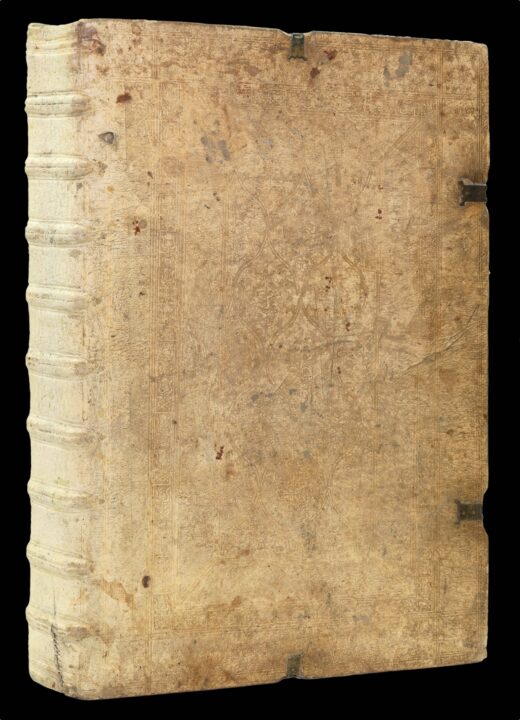 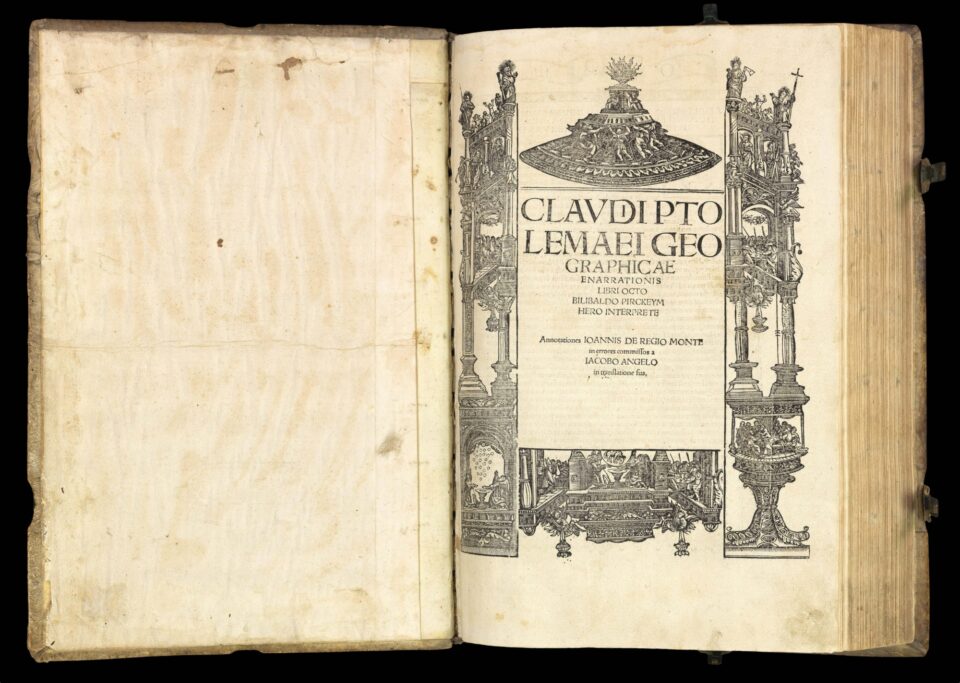 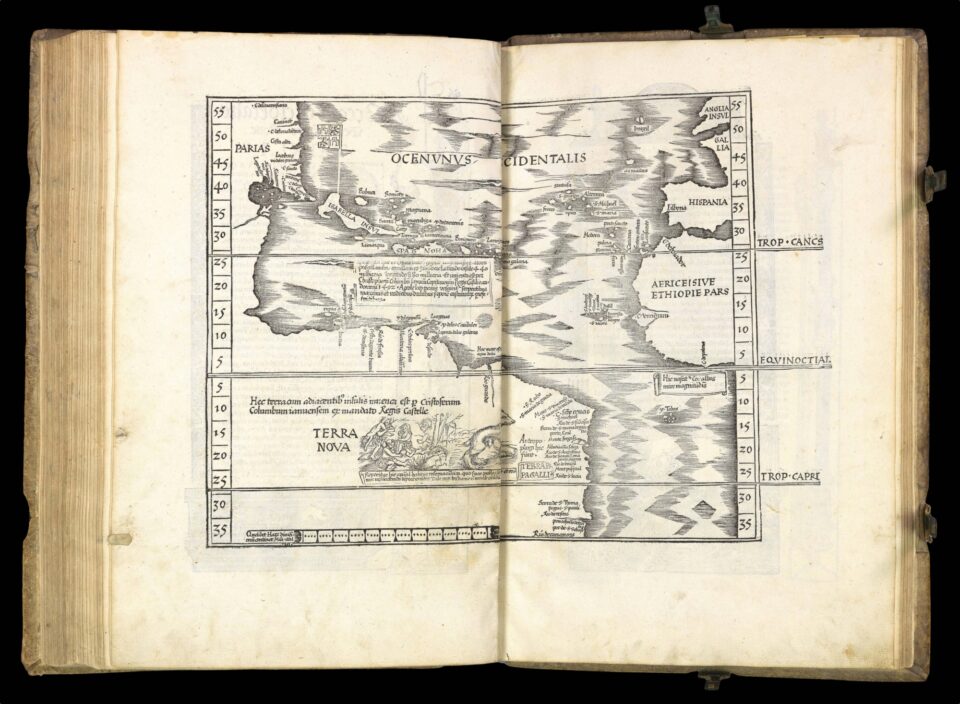 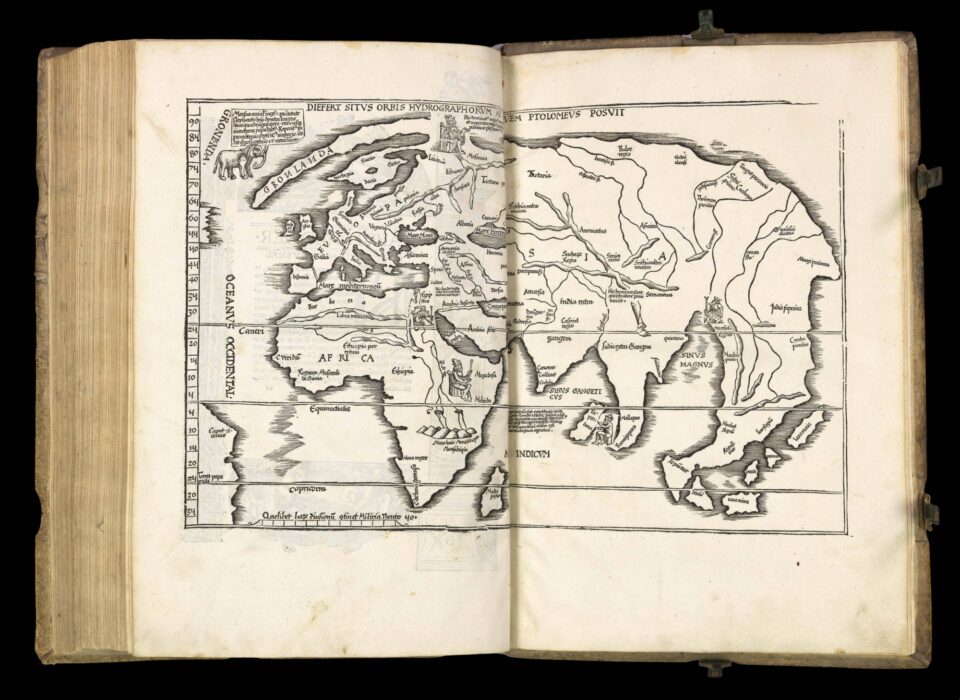 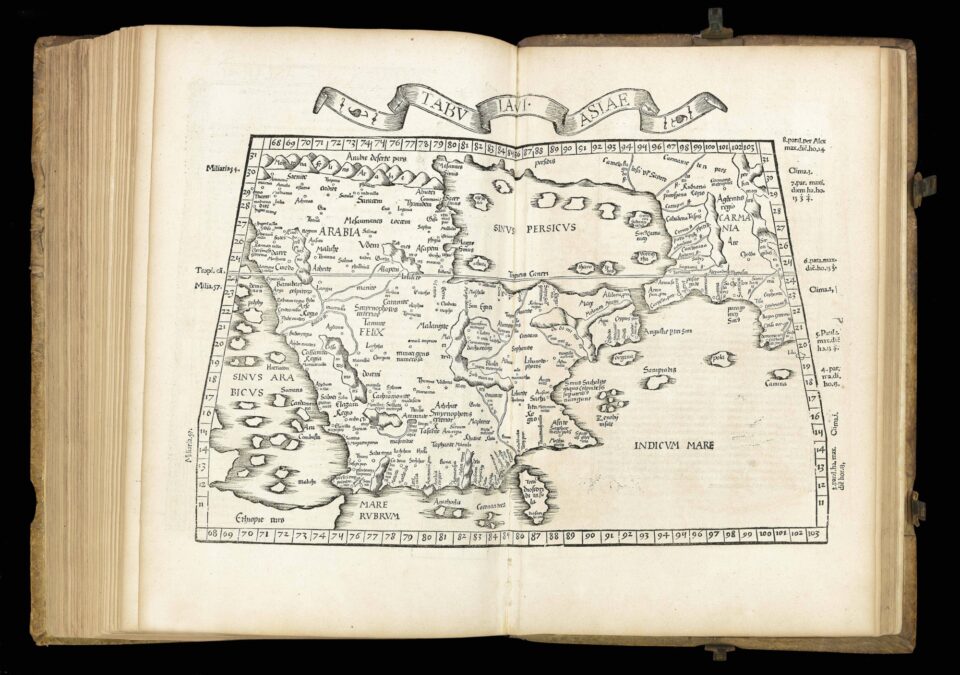