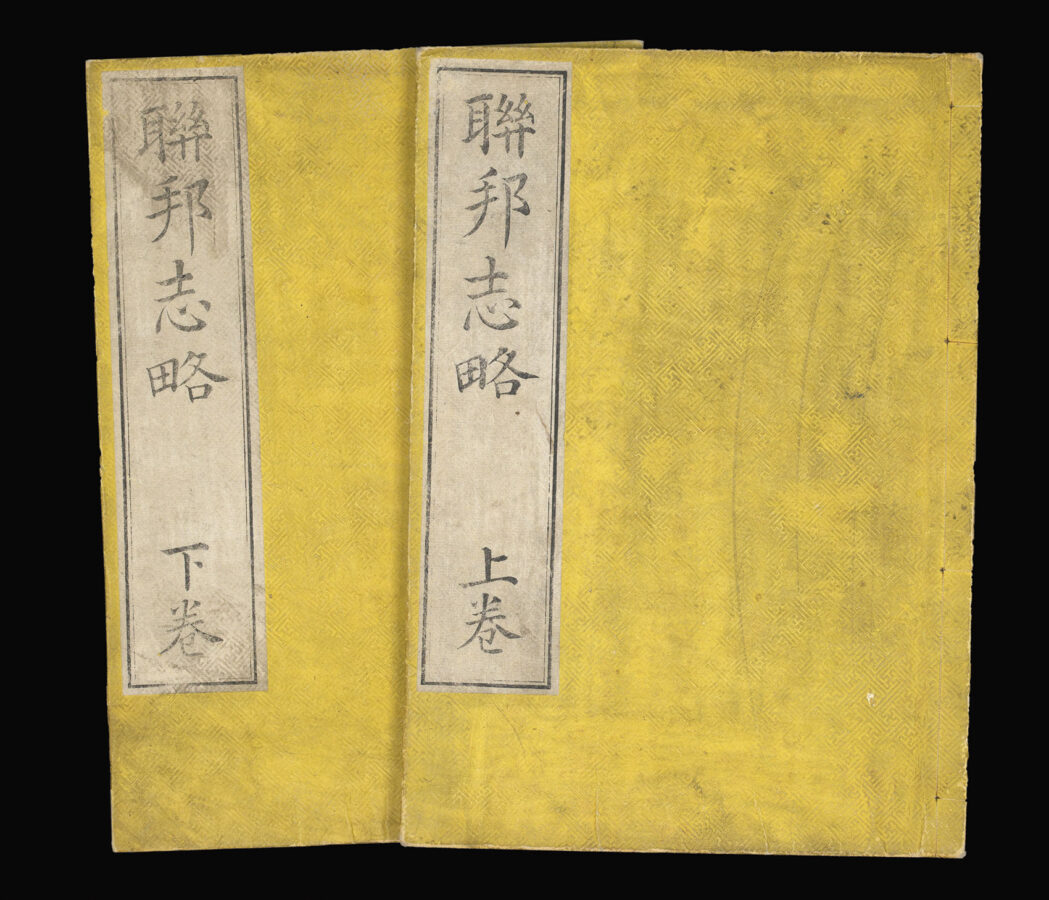 The first Japanese-language atlas of the United States, based on the work of an American missionary and published at a time of breathtaking change in Japan.

The first volume provides general background on American history, government, education, and culture. It is illustrated by several small vignettes (including a stylized view of the U.S. Capitol building) and full-page maps of the world (Mercator, double-hemisphere and polar projections); Asia, Africa and Europe; and the United States (showing among other things the 1853 Gadsden Purchase), as well as a half-page map of the District of Columbia. The second volume treats the individual states and territories and is illustrated by 39 small maps which appear to indicate capitals, major cities and possibly other landmarks.

This is Mitsukuri Genpo’s Japanese-language adaptation of Elijah Coleman Bridgman’s Da Mei lian bang zhi lue, which was published in Shanghai in 1861 or 1862. Bridgman (1801–1861) served with the American Board of Commissioners for Foreign Missions and in this capacity was the first American Protestant missionary assigned to China.

​“One of the first few Protestant missionaries to arrive in China prior to the First Opium War, Bridgman was a pioneering scholar and cultural intermediary, and laid the foundations for American Sinology. His work shaped the development of early Sino-American relations. He contributed immensely to America’s knowledge and understanding of Chinese civilization through his extensive writings on the country’s history and culture in publications such as The Chinese Repository—the world’s first major journal of Sinology, which he began and edited. Bridgman became America’s first ​“China expert.” (Wikipedia)

Translator and publisher Mitsukuri Genpo (1799–1863) was a noted scholar of the West and a proponent of opening Japan to western influence. He pioneered the introduction into Japan of western science, medicine and technology, such as the first description of a steam engine published there. He also championed the translation of European legal codes into Japanese, and indeed the Renpo Shiryaku is said to be the first account of American democratic government in that language. He served as translator for the Perry mission in 1853. The first edition of the Renpo Shiryaku seems to have appeared in 1864, the year after his death and just a few years before the advent of the Meiji era which saw the rapid modernization of the country.

This is the second issue of Genpo’s Japanese edition of the atlas, with a prior issue having appeared in 1861 and a third appearing around 1874. I have compared the second and third issues and find no difference other than the colophon at the end of the second volume. 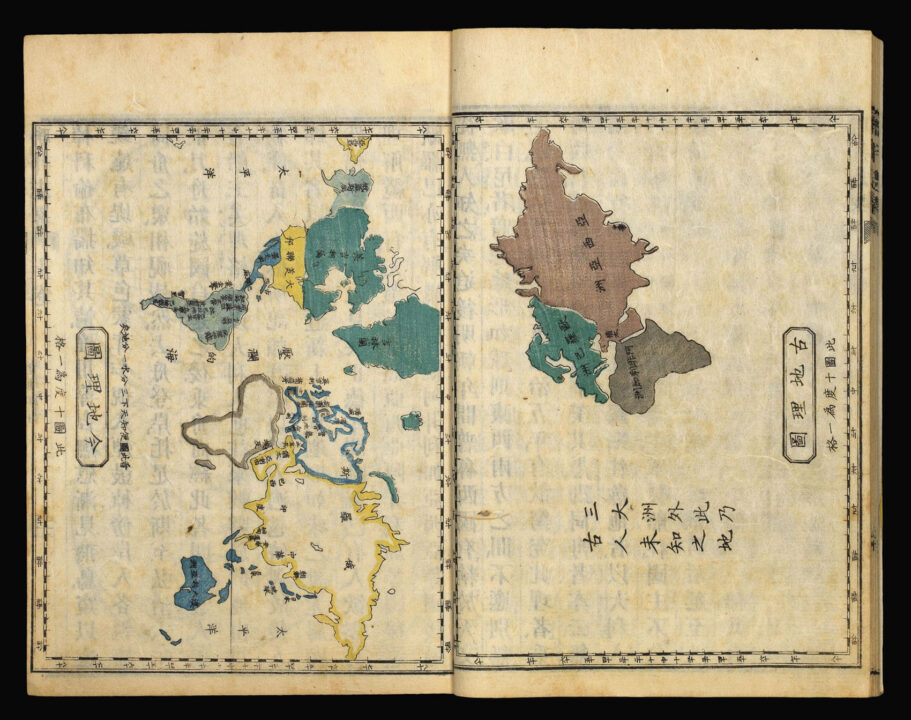 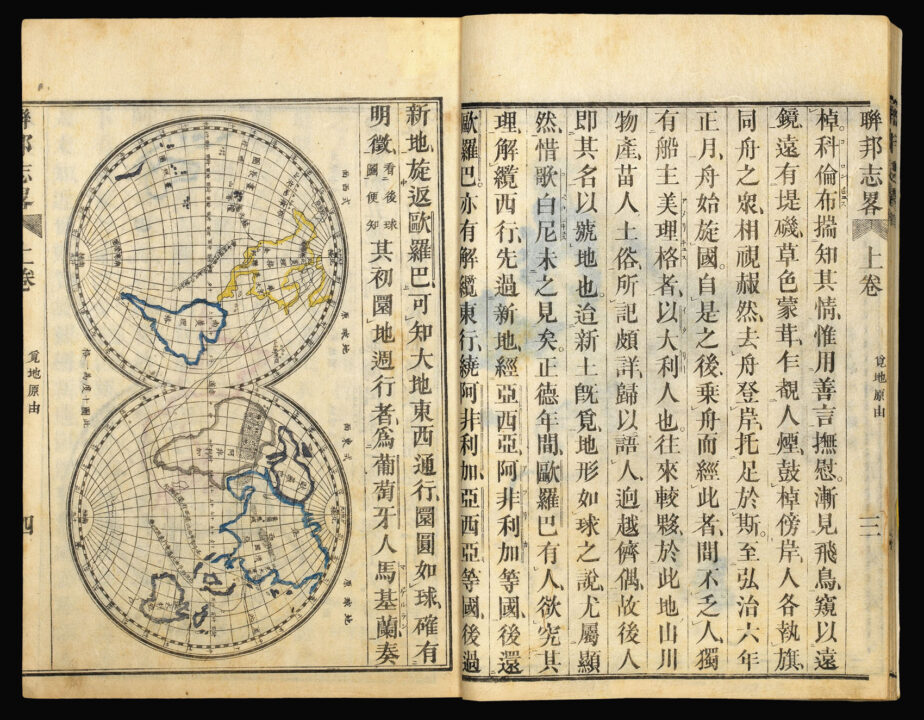 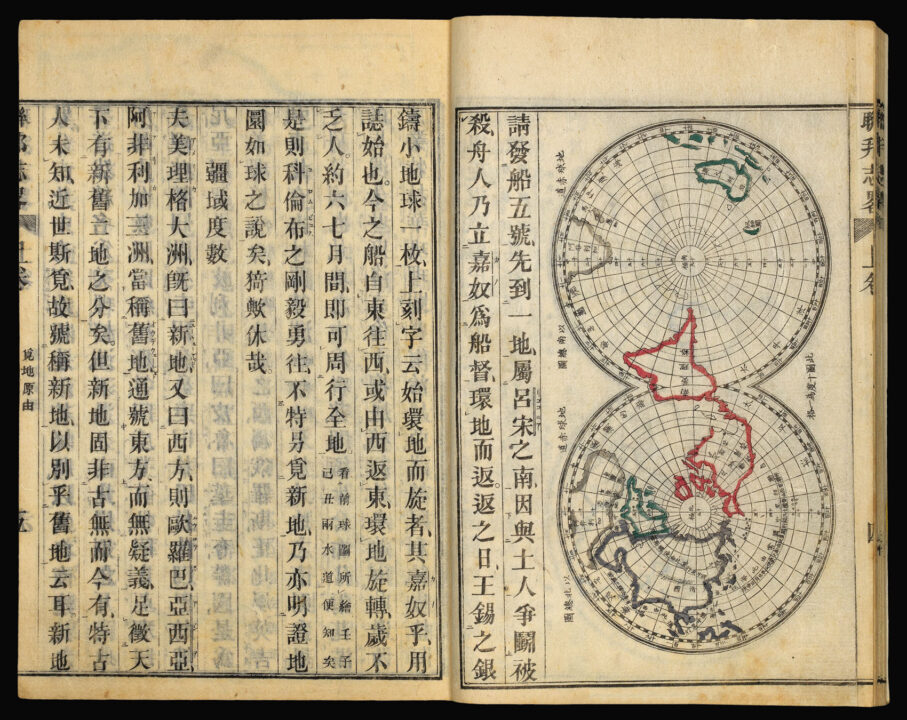 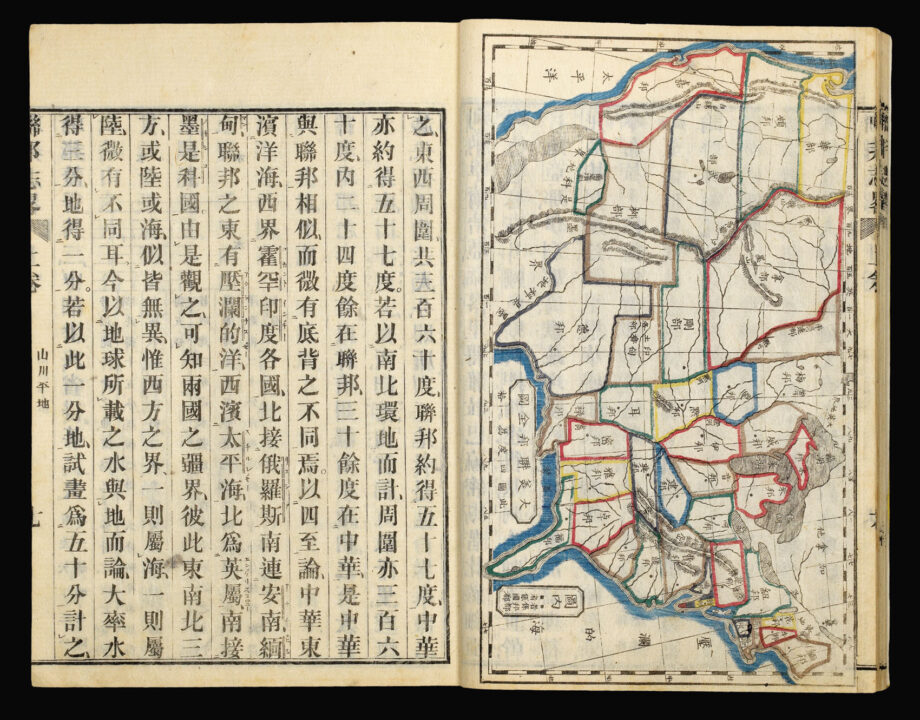