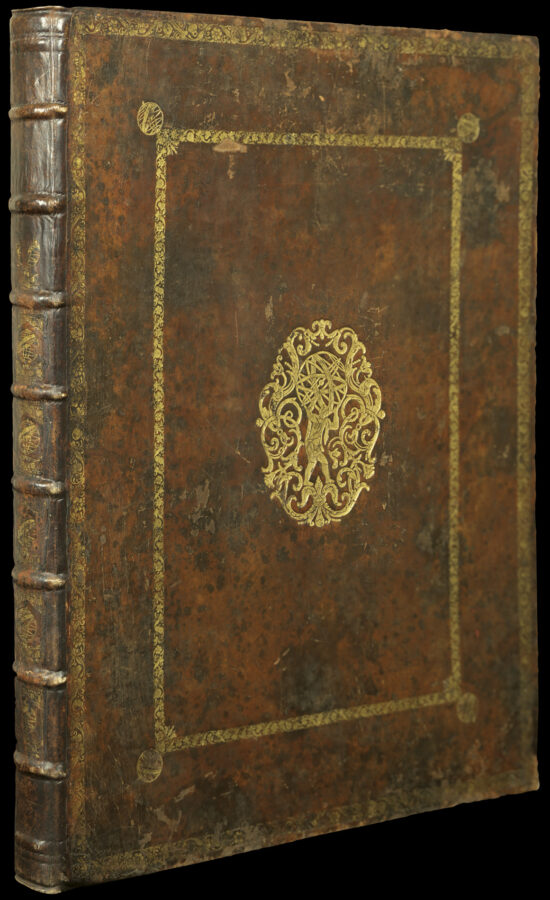 First edition of this magnificent and seminal atlas, in fine full-wash colour

‘The Neptune François’ bound here with the second part ​‘Cartes Marines à l’usage … du Roy de la Grande Bretagne’ together form ​“the most expensive sea-atlas ever published in Amsterdam in the seventeenth century” (Koeman). Although the imprint to the title page states that the atlas was published in Paris by Hubert Jaillot, the atlas was, in fact, produced and issued by Jaillot’s publishing partner, Pierre Mortier, in Amsterdam. The reason for Mortier’s reticence was commercial: a grand French atlas was much more likely to sell with a Parisian imprint.

The first part contains 29 charts, which detail European waters from the Baltic to Portuguese coast. They are not only more lavish than any of those produced previously, but are also drawn upon Mercator’s Projection – only the second sea atlas to do so (for the first see item 16).

The second part, ​‘Cartes marines a l’usage des armées du Roy de la Grande Bretagne’, which contains a further nine charts of European waters, consistutes ​“the most spectacular type of maritime cartography ever produced in seventeenth century Amsterdam” (Koeman). All the charts were engraved by one of the leading engravers of the day, Romeyn de Hooghe. De Hooghe was at the time in the service of King William III of England, and dedicates the large chart of the South East of England to him. The most impressive chart in the atlas is that of the Mediterranean, with its beautifully rendered floral garlands and the vignettes of Mediterranean cities. The charts bears a privilege dated 1694, which suggests that the edition with French title, although dated 1693, was not published before 1694. 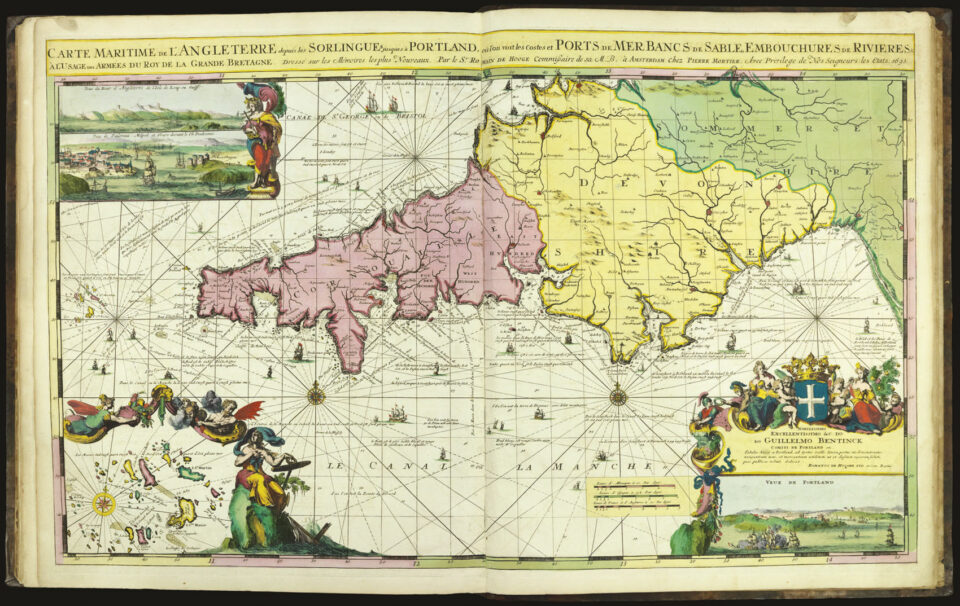