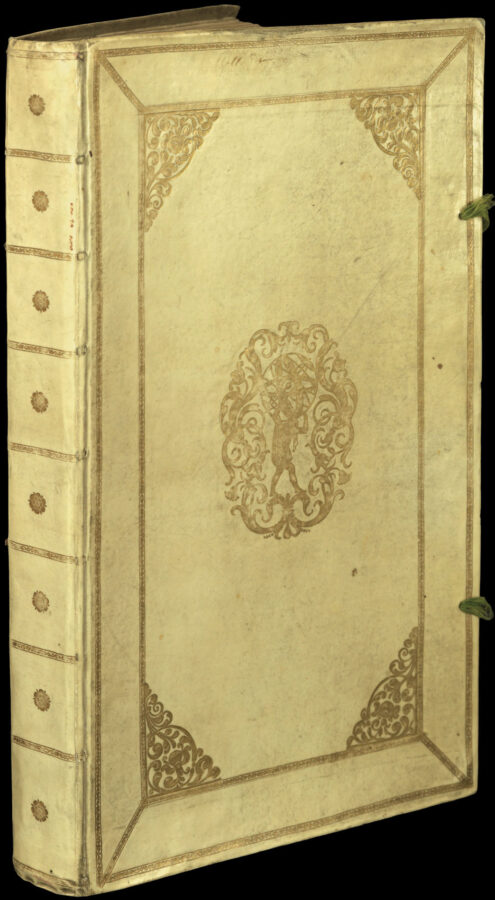 Although Goos was one of the best-known maritime booksellers of Amsterdam, responsible for publishing a number of different sea atlases, much of his work was derivative. In the case of the ​‘Zee-Atlas’, Goos copied nearly all the charts from Hendrick Doncker’s atlas of 1659.

Goos’s background was more as an engraver (following on from his father Abraham) and bookseller, rather than chartmaker. As a bookseller Pieter Goos wished to appeal as much to the library as to the galley, as can be seen by his explicit statement on the title page: that the work will be as beneficial to ​“Heerenen Kooplieden” (gentlemen and merchants) as to ​“Schippers en Stuurllieden” (pilots and seamen). This bias towards the gentleman’s library is also evident in the minimal revision that the atlas and charts undergo throughout their publication history. Similarly, the number of charts is not increased from the 40 or 41 called for in the contents page.

The present example contains 41 charts, the extra chart being the ​‘Paskaerte van de Zuydten Noordt Revier in Nieu Nederlant’ (no. 34). Larger than the other charts in the atlases, Burden states that it was ​“probably published separately, and included as a supplement upon request”. The finely engraved chart details the East Coast of America from New Amsterdam (New York) to the Delaware River.

Goos’s atlas is arguably the most aesthetically pleasing of the early Dutch sea atlases, as Koeman notes, ​“The … beautiful sea-atlas reflect[s] a high professional standard. The many editions published over twenty-five years are an indication of the customers’ appreciation”. 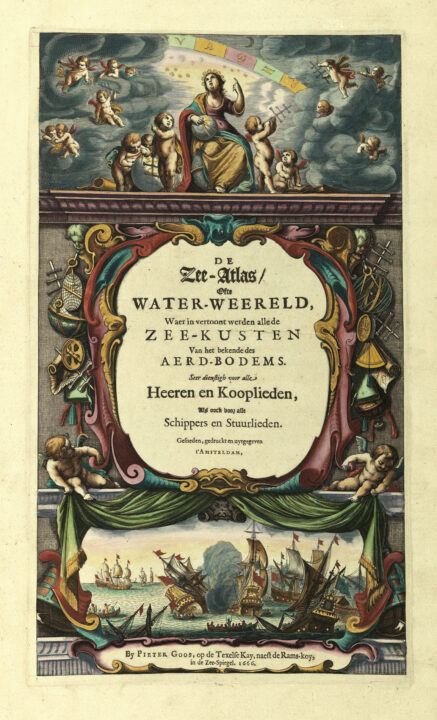 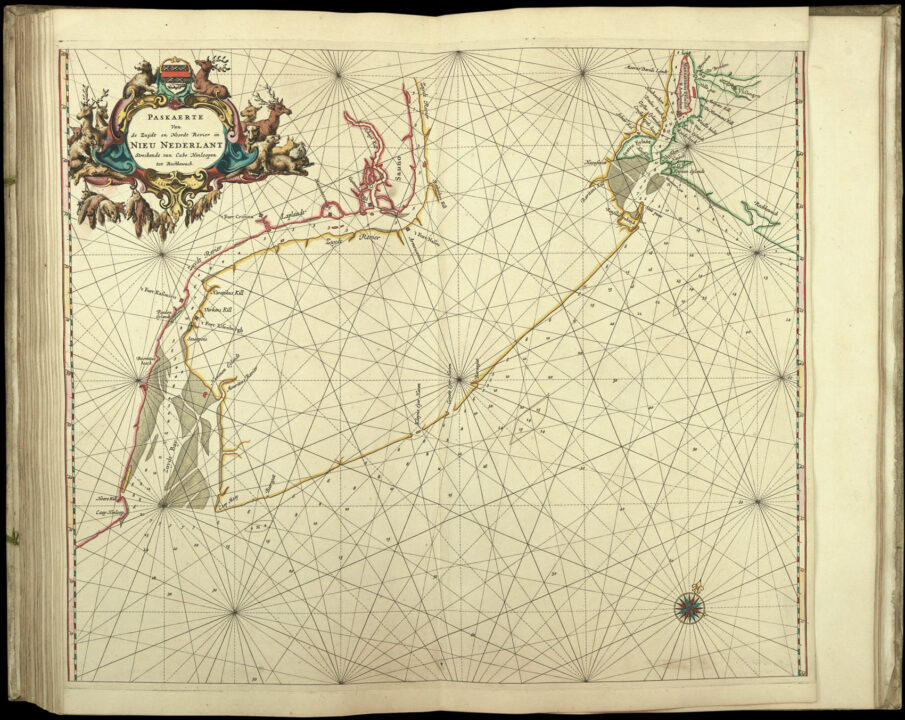 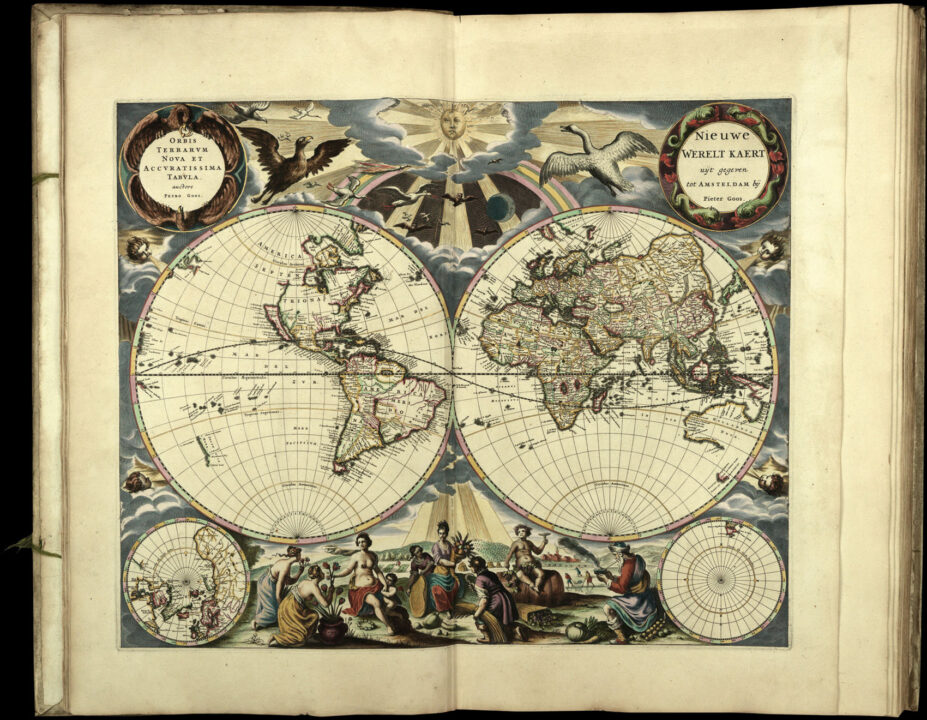