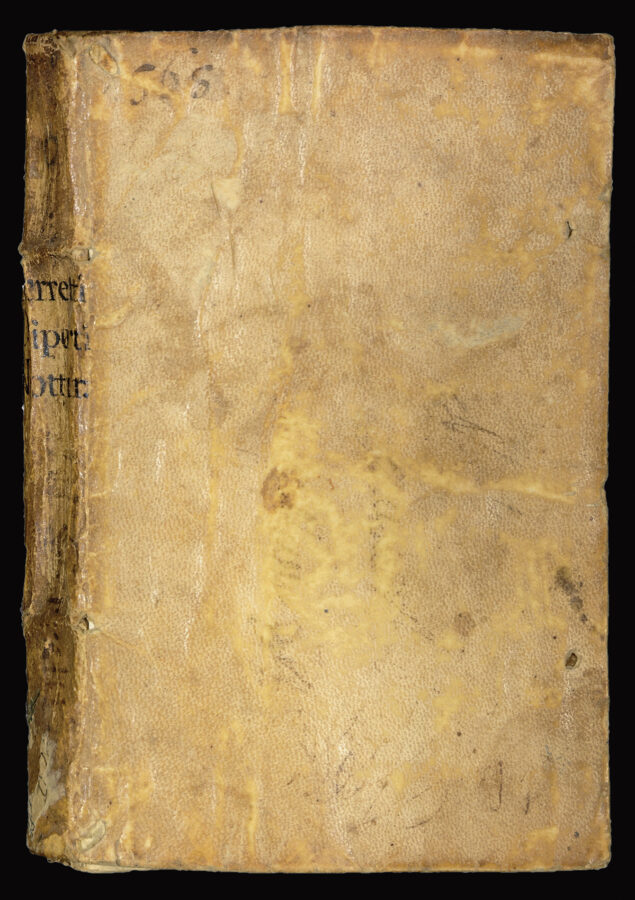 First edition of this rare work that presents scientific, military, geographical, and mathematical information. The geographical part constitutes the main corpus of the work, with 28 maps depicting the main islands of the Mediterranean, which are represented with the unusual circular shape, finely engraved by Michelangelo Marelli. The maps come from those engraved by Girolamo Porro for the Porcacchi’s Isolario, printed for the first time in 1572. Each map is within an ornamental frame, and rhumb lines, and although the maps are small they are surprisingly accurate. Ferretti’s work was reprinted in 1604 with the title Nocturnal Dialogues, and in 1608 with the title Military Art.

​“Francesco Ferretti from Ancona, knight of the order of Santo Stefano, was a restless soldier; starting at the service of France, from the ​’40s he was part of the Italian infantry, he took part to numerous military engagements; then in 1547 he passed into the service of the Holy Roman Emperor, he eventually returned to Itlay where he entered the service of the Duke of Urbino. He was author of military essays as well as of an Isolario entitled ​“Nocturnal pastimes” [the present work] …The two editions from Ancona have to be somehow related to the manuscript nautical cartography tradition that saw Ancona emerge during the Renaissance as an active production centre…” (Vladimiro Valerio, Atlanted Veneti in ​“Cartografi veneti” curated by V. Valerio, page 83). 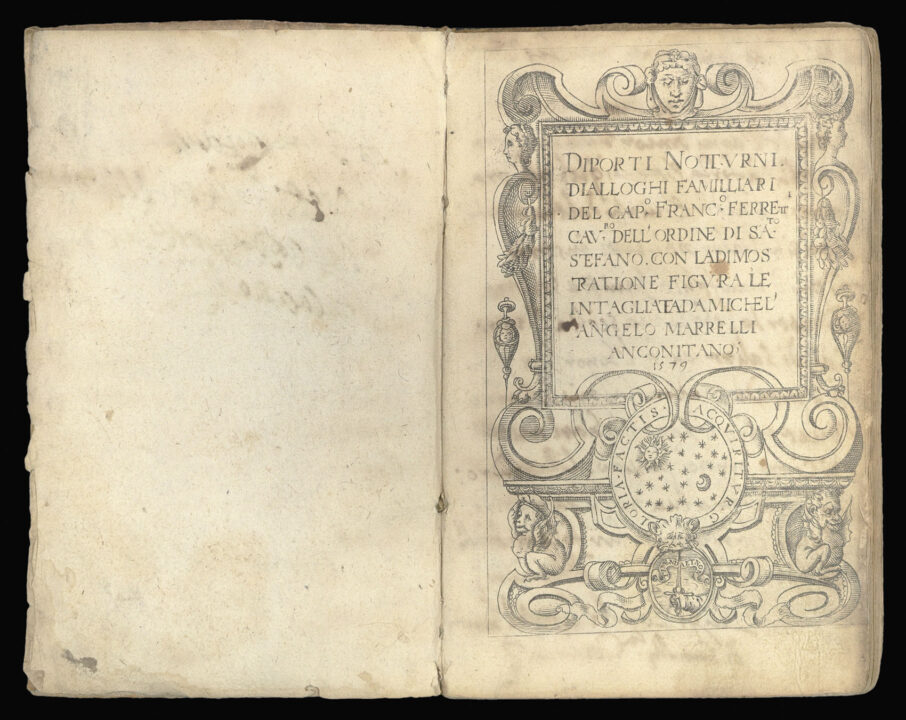 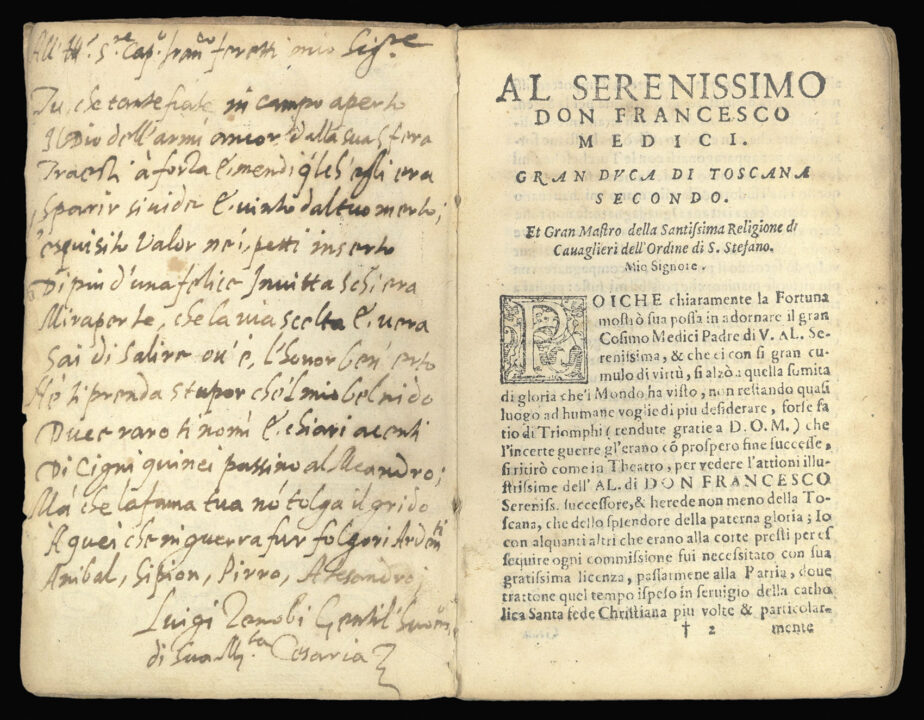 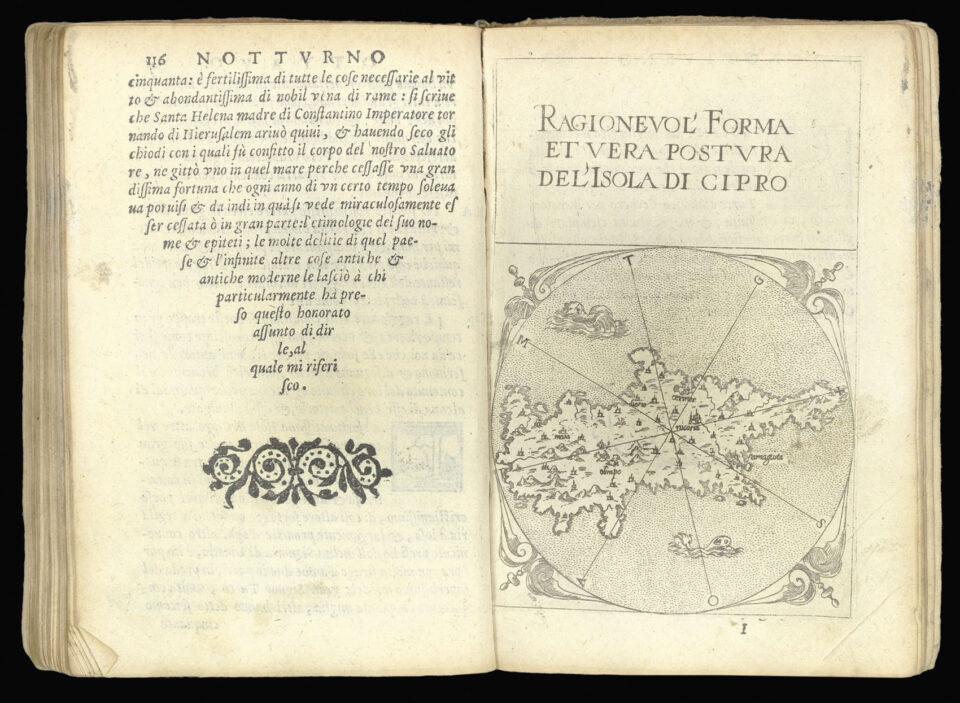 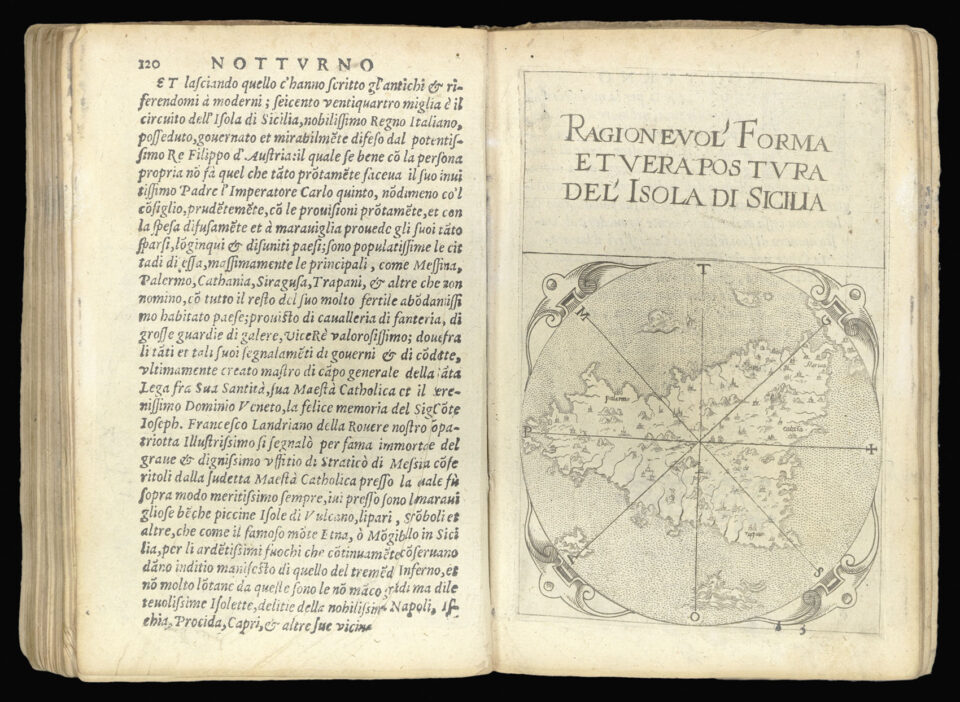 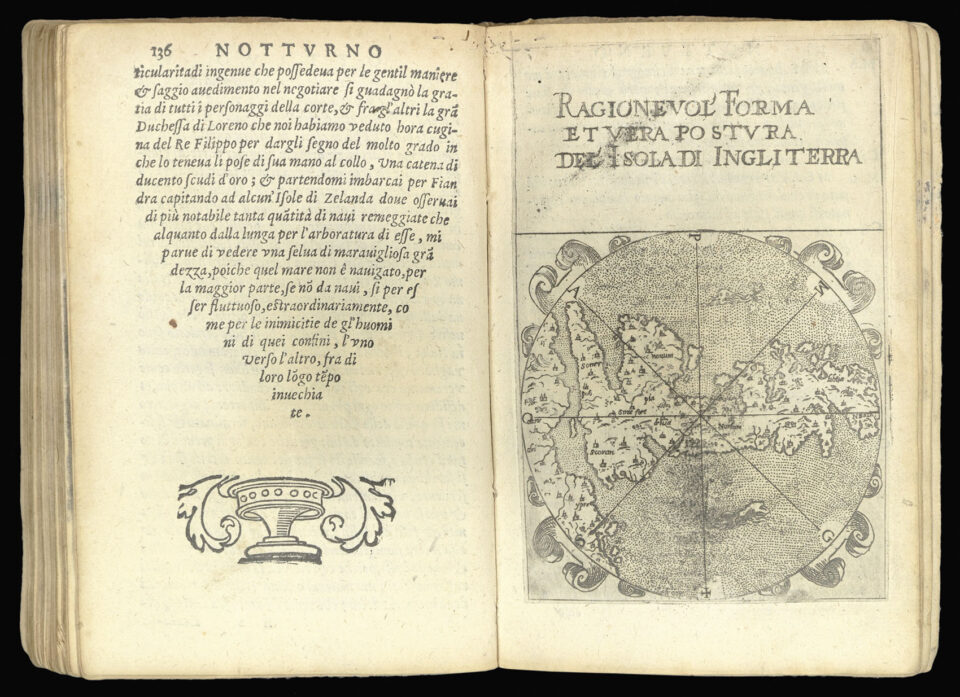