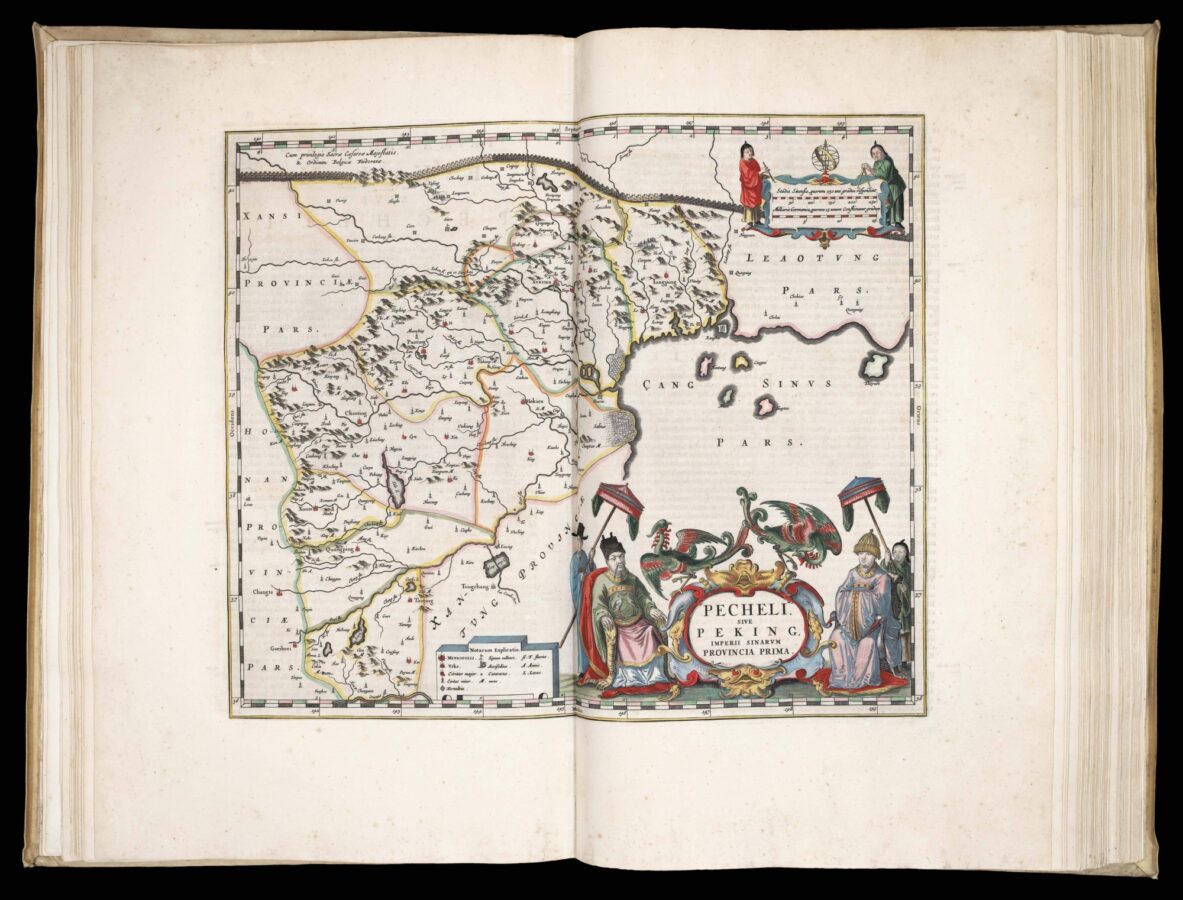 First atlas of China made in Europe

The first Western atlas devoted to China. The atlas was based on the travels of Father Martino Martini (1614–1661), a Jesuit missionary in China who made use of ​“Chinese materials from a much earlier date, originally an atlas compiled by Chu-Ssu-pên in about 1312” (Shirley p. 241). Ferdinand von Richthofen in his China; Ergebnisse eigner Reisen und darauf gegründeter Studien, 1877–85, called Martini’s Novus Atlas Sinensis ​“the most complete geographical description of China that we possess, and through which Martini has become the father of geographical learning on China.” ​“Martino Martini’s Novus Atlas Sinensis was the first atlas and geography of China to be published in Europe. In 1654, Martini’s ship was captured by the Dutch and he was sent to Amsterdam. During the journey, he translated into Latin the manuscript atlas of the Chinese provinces by Chu-Ssu-pên, with revisions from the printed atlas by Lo Hongxian (1555). Though Blaeu had announced that he was preparing town books of Italy, a volume of charts and a volume of historical maps in his previous publication, the 1654 atlas of Scotland, Martini persuaded him to engrave and publish his maps and descriptions of the Chinese empire. Blaeu postponed his work on the other volumes and published this atlas in 1655. The text was Martini’s own account of his travels in the Chinese provinces, over a period of roughly ten years.

The seventeen maps are noteworthy for their accuracy, remarkable for the time, but also for their highly decorative cartouches featuring vignettes depicting regional dress, activities and animals Martini’s Novus Atlas Sinensis marked the beginning of a flood of illustrated works and translations on China in the seventeenth and eighteenth centuries, many of which cite Martini’s atlas as a source. In addition, it is one of the first true Sino-European publications, based on Chinese land surveys, but presenting geographic data in a highly visual European cartographic format” (Reed and Demattè, China on Paper, No. 28). At the end of the volume is a ​“Catalogus Longitudinum ac Latitudinem,” plus a list of towns with the geographical coordinates, an 18 page ​“De Regno Catayo Additamentum” (An Addition on the Chinese Reign) by Jacobus Golius, and the ​“Historie van den Tartarischen Oorlog” (De Bello Tartarico Historia) by Father Martino Martini, describing the horrors of the war culminating in the overthrow of the ancient Ming dynasty emperors by the new ruling Manchus. Blaeu has always been celebrated primarily for his extremely high production standards. The quality of the engraving, the paper, and the colouring are of the highest order, and place Blaeu Atlases in the first rank among seventeenth century illustrated books. The volume was published as a separate volume by Blaeu in 1655, however, the maps were also included in volume VI of Blaeu’s Nieuwe Atlas 1649–58 in Dutch.

The atlas was printed in Latin, French, Dutch, German and Spanish. 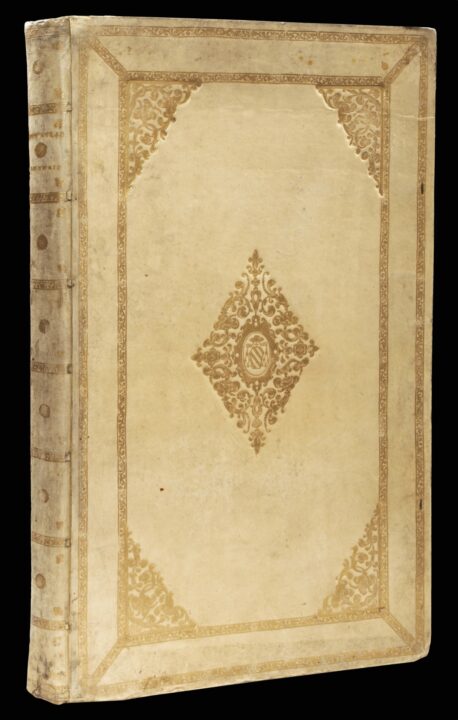 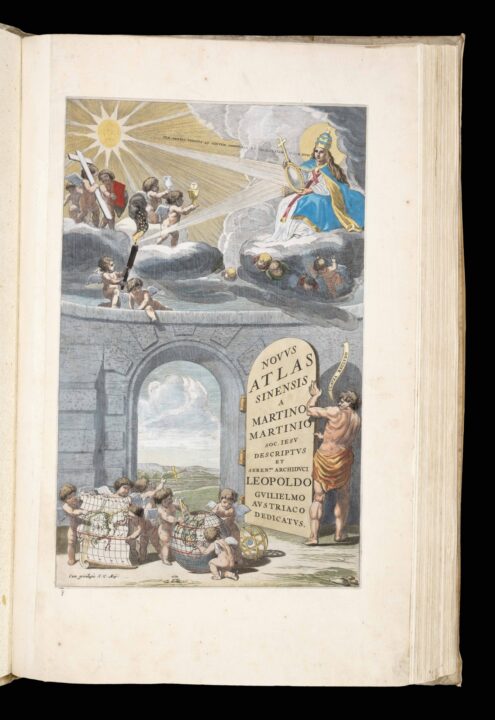 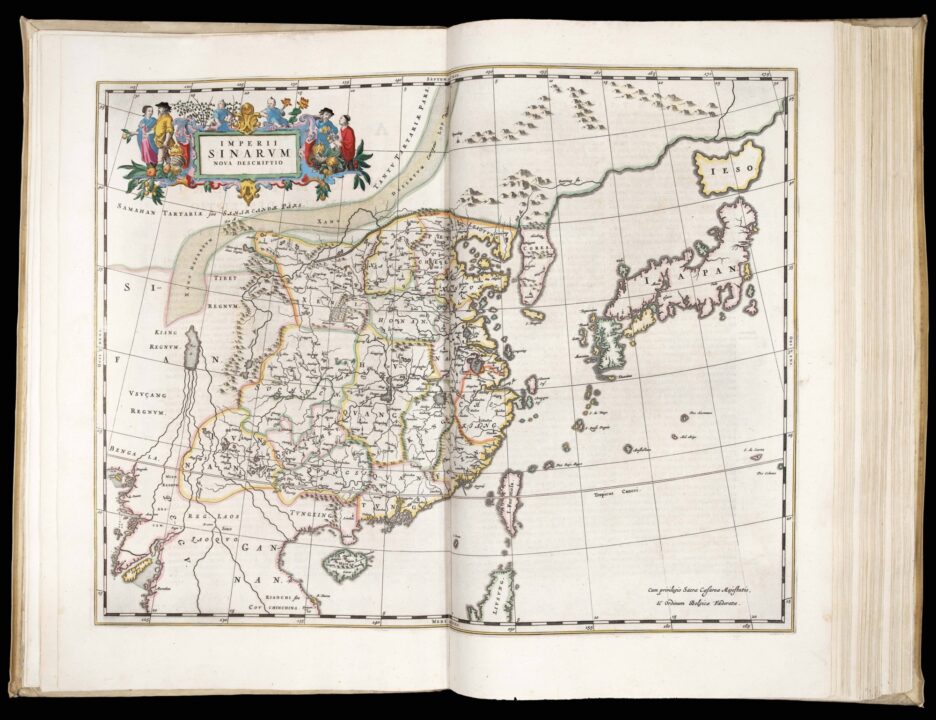 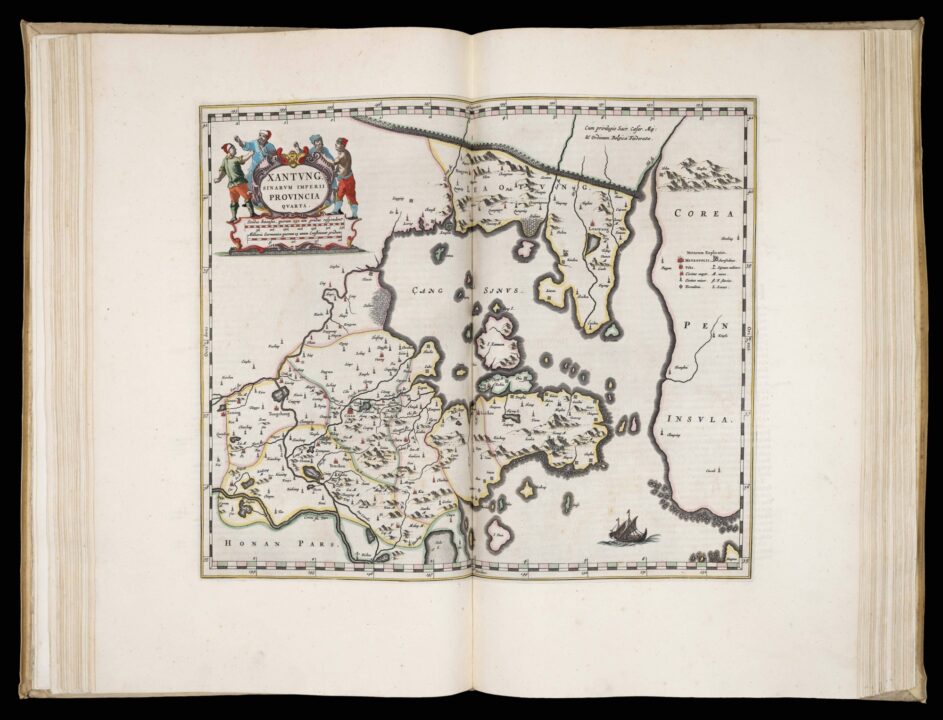